If there was one thing social media companies could do to make sure voters heard the story about Hunter Biden’s laptop, it was banning it. 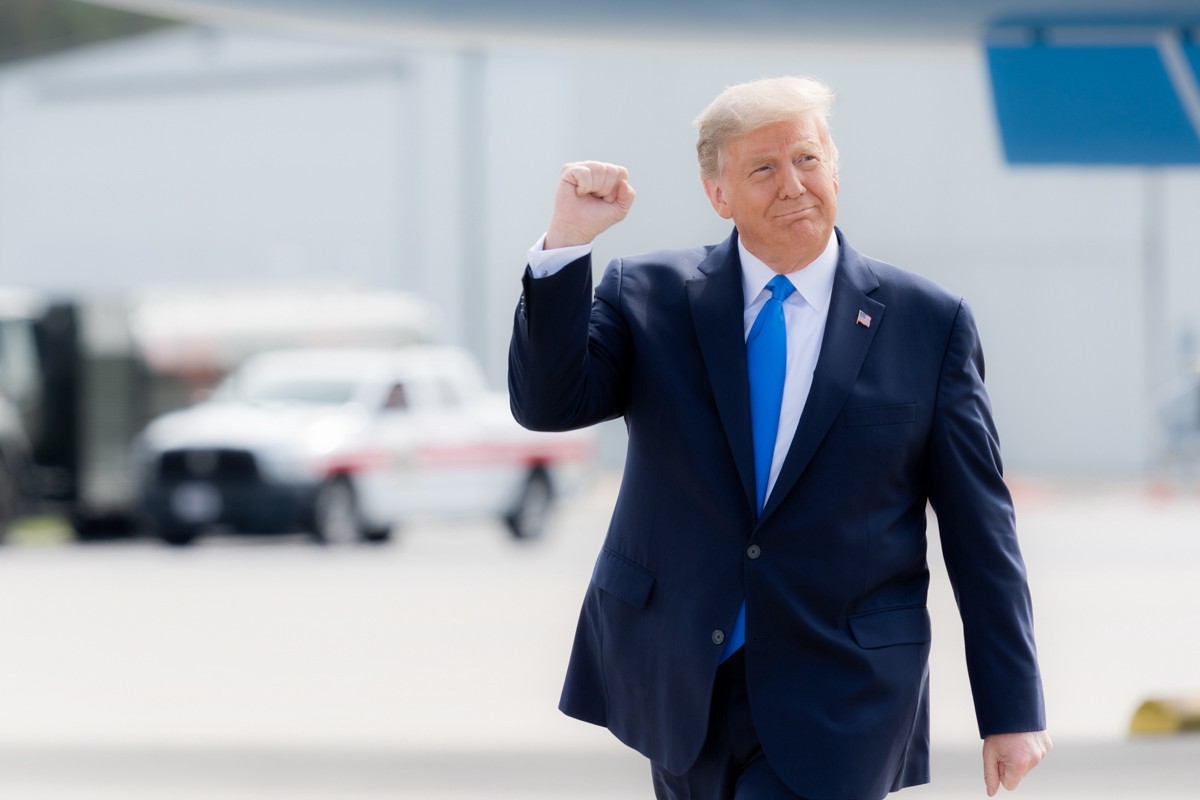 President Donald J. Trump gestures with a fist pump as he walks across the tarmac upon his arrival Thursday, Oct. 15, 2020, to Pitt-Greenville Airport in Greenville, S.C. (Official White House Photo by Shealah Craighead)

“Forbid ourselves a thing, and that thing desiren we.” — Chaucer

If social media companies have a rule against the dissemination of hacked material and/or sensitive materials deemed to have been obtained by illegal methods, or other dubious anonymous sources, it is news to most of us.

The past few years- indeed the past decade- has been dominated by major news stories supported by leaks, hacks, whistleblowers, and all manner of other methods of journalistic deduction and speculation.

The spurious charges that Brett Kavanaugh was once the head of a gang of teenage rapists spread like wildfire during the height of the confirmation battle to determine the next Supreme Court Justice. That the woman who leveled the charges later recanted them, admitted she fabricated the entire incident, had never even met Kavanagh, and was referred to the Justice Department for making the false allegation, spread less effectively.

The infamous and discredited Steele Dossier and attendant Russia hoax, including the salacious bits about Trump and Russian prostitutes, spread so far and wide on social media networks, there are still Democrats who believe Russia owns Donald Trump. According to these same authorities, Russia also owns Jill Stein and Rep. Tulsi Gabbard- plus probably Jo Jorgensen, Kayne West, and anyone else not on board with Joe Biden for President in 2020.

Facebook and Twitter had no problem whatsoever with Trump’s illegally obtained tax records- which he certainly did not give the New York Times permission to publish. This is in spite of the fact that publishing or printing someone else’s tax returns without their permission is a federal felony punishable by five years in prison.

The past few years are rife with examples of Twitter and Facebook making no attempt whatsoever to question the authenticity of such materials, their provenance, nor their impact on upcoming elections or political fortunes.

Without such freedom of information, we wouldn’t have the Panama Papers, or the report on the war in Afghanistan which earned its Washington Post authors a Pulitzer.

Nevertheless, the formerly savvy media tech giants Twitter and Facebook have taken the extraordinary step of banning a New York Post story about Hunter Biden’s dealings with the Ukraine and China. The story, based on information obtained from a laptop the Post claims was once owned by Hunter Biden, would probably have gone away within 24 hours. After all, these accusations about Hunter Biden aren’t new; he went on 60-Minutes to defend himself. Joe Biden still managed to become the Democratic nominee, so obviously Democratic voters didn’t consider Hunter Biden a dealbreaker.

The Wall Street Journal, one of those last bastion publications still frequented by truly as-yet undecided voters, might not have mentioned much about the Hunter Biden laptop, nor the emails and photos the New York Post claims were contained therein.

However, because Twitter and Facebook took the newsworthy step of banning the story, the WSJ featured an op-ed about it from the WSJ editorial board on the front page yesterday. In “Twitter’s Partisan Censors”, the board outlined the disastrous lengths social media companies took to protect Joe Biden from stories about Hunter Biden’s laptop.

The far-left leaning media outlet run by Glen Greenwald et al probably wouldn’t have touched the Post story at all. Such an extraordinary act of digital censorship by power-players like Mark Zuckerberg and Jack Dorsey, however, caused Greenwald to issue a full-throated condemnation.

“State censorship is not the only kind of censorship. Private-sector repression of speech and thought, particularly in the internet era, can be as dangerous and consequential. Imagine, for instance, if these two Silicon Valley giants united with Google to declare: henceforth we will ban all content that is critical of President Trump or the Republican Party, but will actively promote criticisms of Joe Biden and the Democrats.” — Glenn Greenwald, the Intercept

Other voices on the left and in the center will likely be weighing in soon. Podcaster Joe Rogan- who’s reach is enormous and growing- doesn’t like censorship much and is likely to comment on the subject to his audience. As is Matt Taibbi of the Rolling Stone.

“Hunter Biden’s laptop is a Russian disinformation campaign,” claims Mother Jones today in a valiant attempt to stem the damage, though evidence for that theory is rather thin on the ground. Not even the Biden campaign has denied the authenticity of the laptop, nor that it once belonged to Hunter Biden.

“Why Burisma Revelations Won’t Hurt Biden Campaign,” promises NBC News. Between the lines is the subtext that this Hunter Biden laptop thing is so obviously damaging to the Biden campaign, so over-the-top and impeccably timed to hurt Biden at the ballot box, it must be faked by the Trump campaign or Russia.

In this case, we are being assured by the mainstream media, Twitter and Facebook were right to break out the big guns of Big Tech censorship to limit the spread of this dangerous piece of spurious gossip ginned up by Rudy Gulliani and Vladimir Putin.

Trying to silence someone, or something, however, sends a certain message. And it’s the wrong one. The removal of someone’s tongue, literally or figuratively, only says one thing: What they have to say might hurt you.

The two companies, Twitter and Facebook, and their executives Mark Zuckerberg and Jack Dorsey, haven’t been able to back away fast enoughfrom the episode, already pledging not to censor such offerings in future.

Unfortunately, the damage has already been done. This ugly episode of ham-handed censorship, along with a chorus of blue-checks on Twitter defending the move, has already disseminated the Hunter Biden laptop story far and wide. Much further, already, than merely the reach of the New York Post, or the audience of Tucker Carlson.

The story has reached the ears of U.S. lawmakers, who have already moved into action. The executives of Twitter and Facebook will soon be facing questions on Capitol Hill.

Where coverage of their testimony will spread the Hunter Biden laptop story even further.

Facebook and Twitter executives will be able to tell their liberal-progressive friends in Silicon Valley that they “did their best” this time to stop Donald Trump from using social media to hurt his Democratic opponent. But for the price of saving face at a few cocktail parties, the titans of Silicon Valley have helped Donald Trump more than they have hurt him.