Women Are Essential to Peace in Afghanistan 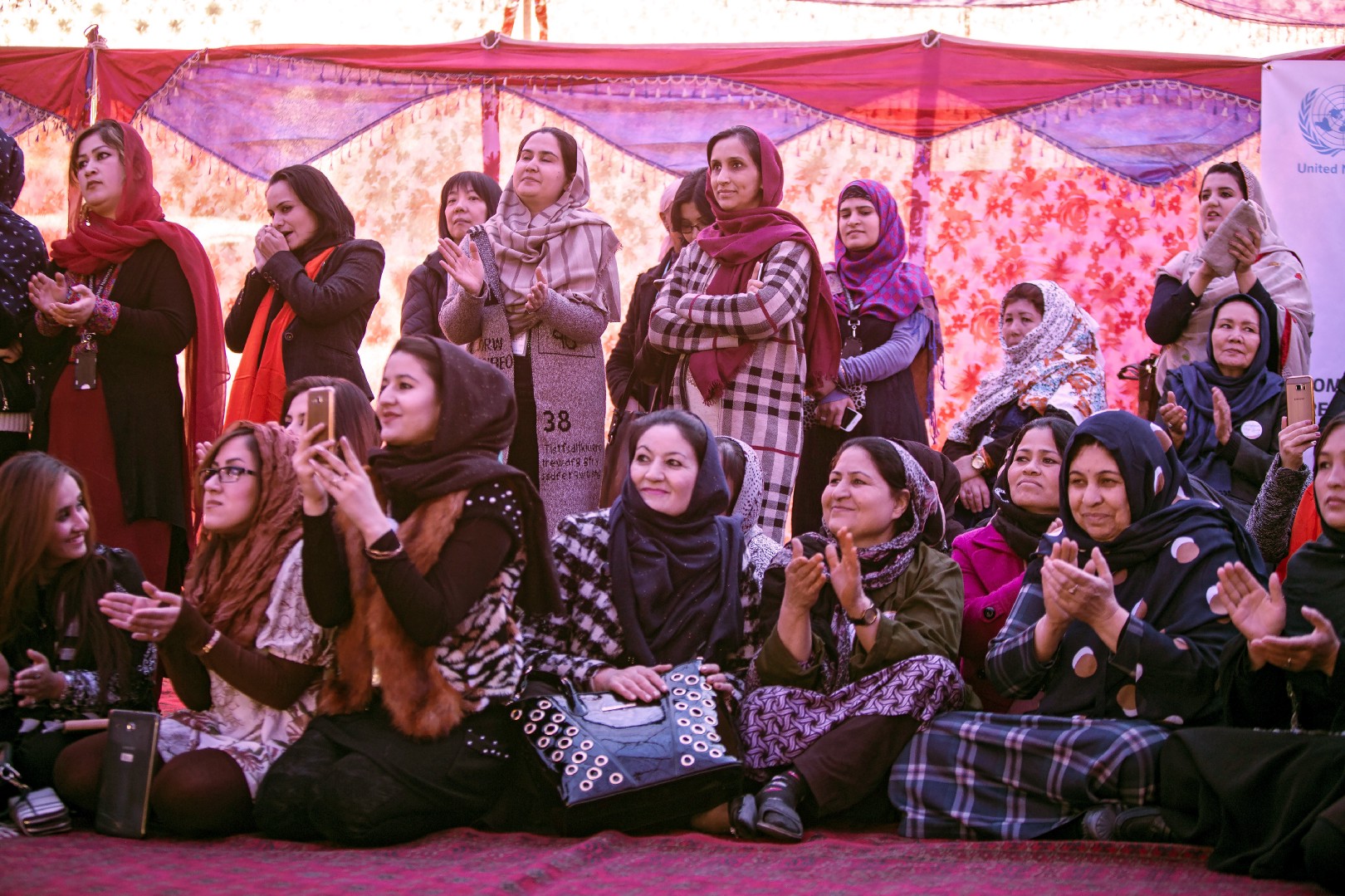 Under a deal negotiated between the Trump Administration and the Taliban, U.S. troops are scheduled to leave Afghanistan in May.

Human rights organizations, U.S. Senators, and Afghanistan’s first female ambassador to the United States are concerned about what a withdrawal of American troops might mean for the people of Afghanistan.

One of the greatest concerns about the deal with the Taliban and the withdrawal of U.S. troops is what it might mean for hard-won rights for Afghan women.

Since the Taliban fell in 2001, female literacy has more than doubled. 28% of Afghanistan’s legislative body is now comprised of women, as is 21% of the labor force. One-third of university students in Afghanistan are now women, and over 3.5 million Afghan girls are attending school. 6,000 women serve in Afghanistan’s national security force.

Under a deal with the Taliban, these gains for equal rights are in danger.

There are some who want peace in Afghanistan at any price, including compromising on women’s rights.

The problem with this strategy is that peace can only be achieved in Afghanistan, or anywhere else, with the full and equal participation of women in society and social life. Removing U.S. troops from Afghanistan, giving into Taliban demands; these things do not promise peace.

Excluding women from the peace process dooms it to failure. In many critical ways, women are essential to completing the reconstruction in Afghanistan and ensuring its success in the years to come.

Afghanistan is a young country; 64% of its population are under the age of 25. Most Afghans don’t even remember a time before U.S. reconstruction efforts began nearly two-decades ago.

Because it is such a young country, the role of mothers in reintegrating former Taliban fighters back into communities cannot be overstated. The Taliban will never be able, or willing, to turn its militants back into productive, tax-paying members of society; the people of Afghanistan, including women, will have to do that.

The best bulwark against extremist violence in a society is a robust and thriving economy. Economic prosperity dries up streams of disillusioned and angry young people who are easy prey for extremist recruiters.

A robust economic ecosystem prevents radicalization before it starts. In a thriving job market, there are fewer places for resentment and hopelessness to fester, fewer footholds for terror-agents to exploit.

After women started participating in the workforce, the economy in Afghanistan quadrupled in two decades.

Of course it did: Women are a critical economic resource. No country is leading the world while hamstringing half of its workforce with oppression and a lack of education.

Women have proven essential to the peace process at every level, from stabilizing communities, to contributing to the GDP, to serving in government, and improving the national security of Afghanistan by serving in the military.

Female participation in Afghanistan’s national security force has resulted in far better intelligence gathering, as women are permitted into places where men are not allowed.

Given these contributions, and many more, the single best hope for the future of Afghanistan is equal rights-and responsibilities- for women in the peace process; not appeasement of the Taliban. This isn’t speculation; the world over, one of the best indicators of public health and welfare in any nation is the safety, security and social standing of women.

“The physical security of women has been shown to be the strongest predictor of a secure, peaceful state,” says Afghanistan’s U.S. Ambassador Roya Rahmani.

The only way security and safety for women can be upheld is by the women themselves, actively engaged in growing the economy, working in government, and participating in the peace process.