Increasingly, the strongest and most steadfast support for Israel and for Jewish interests in the U.S. is coming from the right. 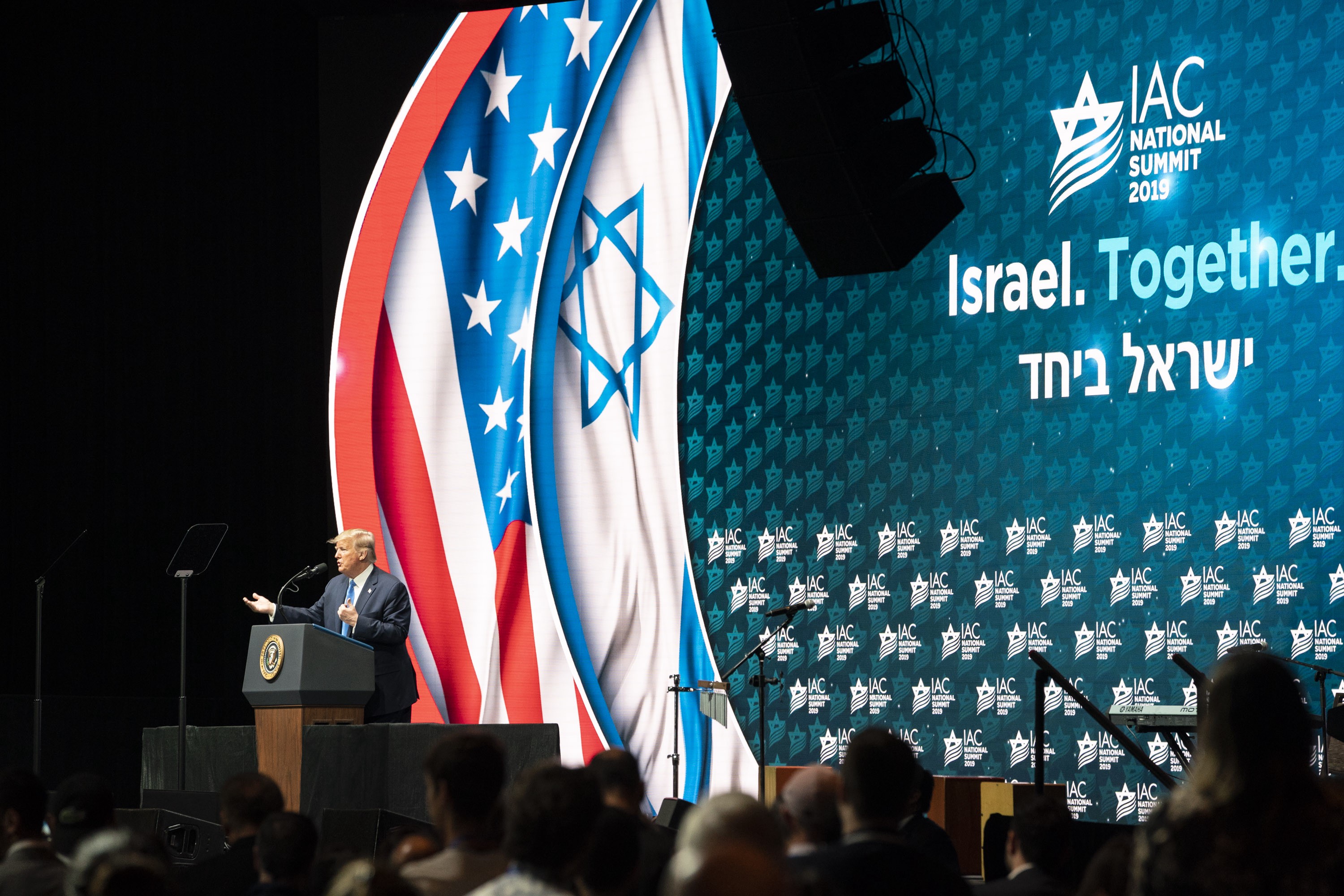 With the recent high-profile primary defeat of Rep. Elliot Engel (D-NY), departs yet another strong Jewish voice in U.S. Congressional leadership and friend to Israel.

Today’s progressive Democratic Party has little sympathy for the world’s only Jewish state. Efforts like “Boycott, Divest, Sanction (BDS)”, which is aimed only at Israel, and attempts to legislate U.S. support for BDS have come from the left. Anti-Semitism deeply hurt the Women’s March.

The recent surge of Black Lives Matter, a political movement with strong anti-Zionist views, has further shifted the balance. This is leaving many Jewish Democrats wondering where they fit into today’s Democratic Party.

The last few weeks have even seen a resurgence and reemergence of Nation of Islam preacher Louise Farrakhan, whose anti-Semitic views are well-known in and out of the Jewish community. Farrakhan rising to new prominence among young progressive Democrats is something that is beginning to trouble Jewish community leaders greatly.

It troubles Orthodox Jewish communities in particular. Because of their distinctive religious dress, Orthodox Jews are more often the target of anti-Semitic hate crimes- which have been steadily rising in the past few years.

Considering this turn in the Democratic Party, will Jewish Democrats reconsider their long-time allegiance?

If Democratic voices for Jewish interests in the U.S. and abroad, not to mention strong support for a long-term U.S. ally and important partner in the fight against terrorism and a nuclear Iran, dwindle, who will take their place?

The answer, and greater support for Jewish interests may, by necessity, have to come from the right.

Edward G. Lewis is a Vice Chairman and member of the Republican Jewish Coalition. Mr. Lewis was part of the RJC Delegation to Israel during President Trump’s first trip to Israel and historic visit to the Western Wall.

An avid supporter of Israel and a Republican, Lewis was raised by his grandparents, who were staunch Zionists and Democrats. His parents, however, were Republicans. Like many conservative Jewish people, Lewis struggled to find find others with similar beliefs, until he joined the Republican Jewish Coalition.

As part of the RJC Delegation, Lewis was able to to hear President Trump’s first speech at the Israel Museum in Jerusalem firsthand.

“It was very inspirational. I was also fortunate enough to hear the president’s address at the history museum in Jerusalem. He visited the western wall very shortly into his presidency, and was the first sitting president in history to visit one of Judaism’s holiest sites. The symbolism was unbelievable, just to have a sitting president in Israel so early into his administration. Obama was president for 8 years and had never done it during his presidency. President Trump is the most pro-Israel president of our lifetime, his daughter Ivanka converted to Judaism and Jared Kushner his son-in-law, is one of the President’s most trusted and influential advisors.” — Edward Lewis, Vice Chairman of the RJC

The historic visit was part of Trump’s efforts to highlight “the need for unity among three of the world’s great religions” on his first foreign trip, senior administration officials said at the time.

In the wake of this experience, it is no surprise that Mr. Lewis came to support Donald Trump, who has been historically strong in his support of the Jewish state.

Lewis has dined at the White House on two occasions and has attended three Trump retreats, including a special retreat at Mar-a-Lago.

He now dedicates himself to philanthropy, politics, education and the University of Southern California. Mr. Lewis and his wife, Marie, have thanked the University in the form of their 2002 endowment of the Edward G. Lewis Chair in Law, which is presently held by Professor Daniel Klerman.

Mr. Lewis is also a member of the USC Gould School of Law’s Board of Councilors.

During his long career in real estate and development, Lewis owned a number of historic marquee properties in Southern California including the Rialto Theatre in South Pasadena, the El Rey Theatre in Los Angeles, and the Fox Theatre building in Fullerton.

While Lewis was practicing law, a majority of his clients were in the entertainment industry, specifically in motion pictures and theatre. Mr. Lewis credits this early experience for his ongoing support of the arts.

Mr. Lewis and his wife are the founders of the Los Angeles Music Center and are patrons of the Center Theatre Group, the Hollywood Bowl, and the Los Angeles Philharmonic.

Lewis was also active in the redevelopment of Culver City, transitioning key properties including turning the Kirk Douglas Theatre into a live theatre venue.

Lewis supports various philanthropies in the State of Israel. One of his favorite organizations, “Thank Israeli Soldiers” offers an “After Army Transition Program” which provides a comprehensive approach to dealing with challenges former members of the Israeli defense forces face readjusting to civilian life.

Other organizations Mr. Lewis supports include Hadassah, The Founders, Simon Wiesenthal Center, Zionist Organization of America, Stand with Us and the World Jewish Council, which represents Jewish communities in 100 countries around the world.

He is also involved with CPAC, the Conservative Political Action Conference, for the American Conservative Union. CPAC is one of Lewis’ favorite organizations, one that promotes and brings togethers conservative individuals and organizations all over the world.