Medium Facebook Twitter LinkedIn RSS YouTube Instagram
LATEST
The Dream of Chinese Democracy
Is There a Coup Happening in China?
Outcry After Young Woman Killed in Custody of Iran’s “Morality Police”
Public Health or Profits?
If a Pandemic Ends and No One Hears, Does It Make a Sound? 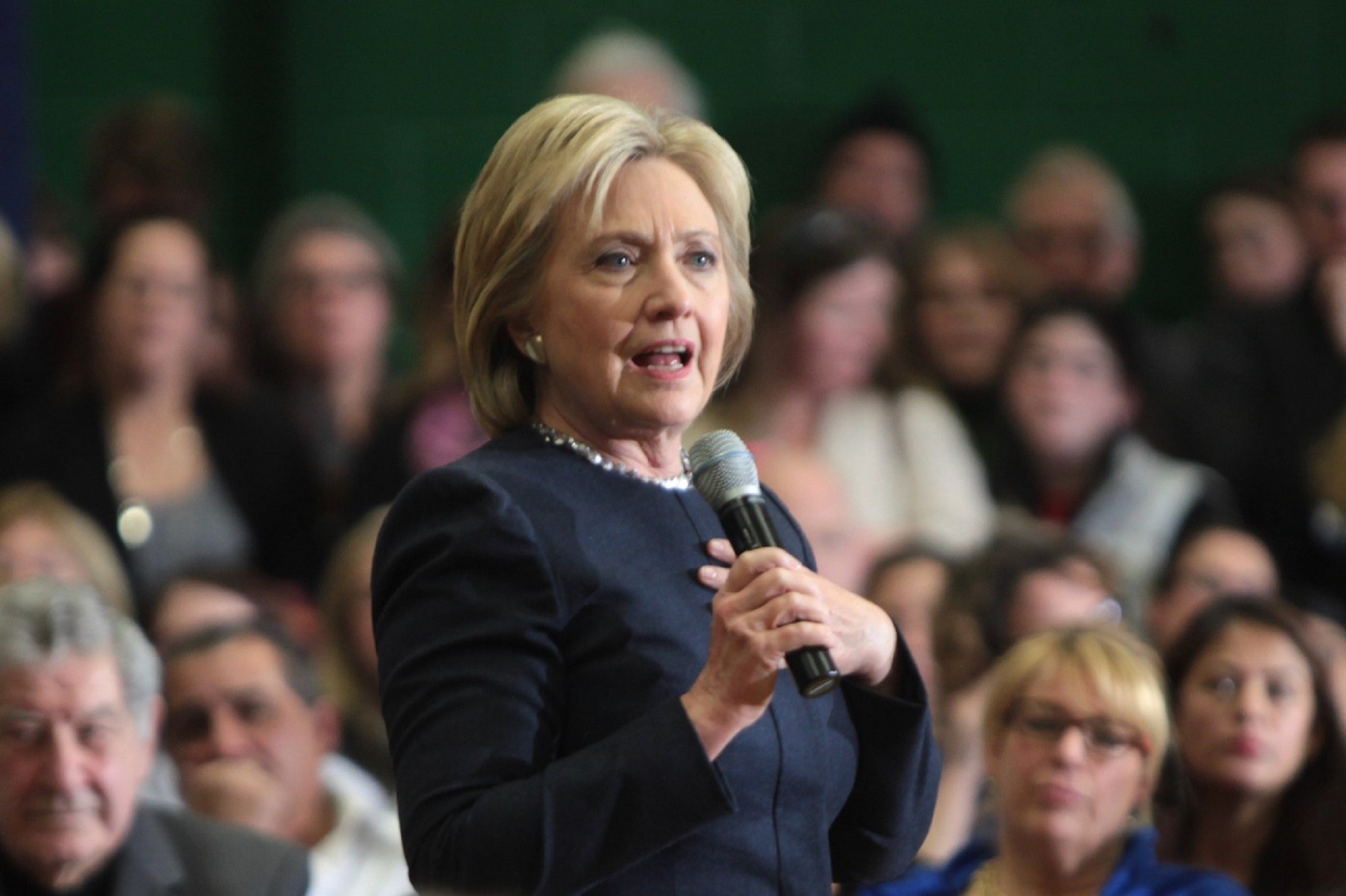 The One Who Got Away

Do people who cast their ballots in 2016 for Donald Trump wish today they’d voted for Hillary Clinton?

More specifically, do those Democrats who voted for Donald Trump, or the Green Party’s Jill Stein, in 2016 wish now they had voted for Clinton?

The answer to this question is no doubt at the heart of persistent rumors that former Secretary of State and 2008/2016 also-ran Hillary Clinton is considering jumping into the race for the Democratic nomination once again.

Clinton has been dropping hints for weeks, albeit possibly in an effort to sell more of her recently published book “Gutsy Women”. But a new poll published this week shows that Hillary Clinton would be leading the Democratic field, if she were in it.

Clinton herself has more than a few reasons to consider a rematch against Donald Trump, not least of which is the way her stunning defeat still so obviously rankles.

Clinton has blamed her loss on everything from Russian interference- even going so far as to call Jill Stein a Russian asset- to the Electoral College- pointing out that she actually won by popular vote.

Her detractors, of which there have been no shortage in the Democratic Party since Clinton’s crushing defeat at the hands of a political non-entity like Donald Trump, aren’t as reticent on the subject of Clinton’s deficiencies.

They are quick to point out several campaign mistakes that helped doom her hopes at achieving the White House.

One such mistake that bears repeating was Clinton’s disastrous decision to classify potential Trump voters as a “basket of deplorables”. This statement would go on to haunt Clinton throughout the campaign and beyond.

Clinton critics are also eager to point out, in answer to her grousing about the Electoral College, that she should have run a smarter race.

It is certainly possible that had the Clinton campaign spent less time convincing voters who were already convinced in Blue states and more time convincing working class voters on the fence in the Rust Belt, Hillary Clinton might be President today.

Because in addition to voting Democrats who broke ranks in 2016 to express their dissatisfaction with the Democratic Party and/or the status quo by rage-voting for Donald Trump, many Democratic voters stayed home in 2016.

Some did so out of disappointment over Bernie Sanders failing to cinch the nomination. Many “Berners” felt the DNC unfairly rigged its selection process to favor of its chosen nominee- Hillary Clinton.

Other Democrats sat out the last election and failed to support the party’s chosen nominee of Hillary Clinton for other reasons, many having to do with Clinton herself.

Long before #MeToo dragged serial predators like Harvey Weinstein, Bill Cosby and Jeffery Epstein kicking and screaming out into the open, there was Bill Clinton.

The former President was problematic long before problematic became a buzzword. As agent provocateur, Pulitzer Prize winner, and son of a famous predator himself, Ronan Farrow has pointed out recently; there are credible accusations of rape against Bill Clinton.

Farrow also pointed out that Bill Clinton’s reputation was long overdue for reexamination.

And indeed, perhaps former President Clinton’s most infamous sexual exploitation and conquest played out in the public sphere. There is no question that Clinton’s inappropriate sexual relationship with a young White House intern crossed the line of mere impropriety into exploitation and abuse.

It is certainly possible that Bill Clinton has become too radioactive in the post-#MeToo era to be of any help at all to Hillary Clinton on the campaign trail. He would likely prove a hinderance as questions about his infidelities and misconduct with other women have long plagued Hillary Clinton.

In fact, it is the role Hilary Clinton herself played in helping keep Bill Clinton’s numerous accusers silent that would likely haunt her the most in a knock down, drag out campaign fight against Donald Trump.

It is possible that, in the balance, the shortcomings of Hillary Clinton will prove inadequate to dissuade her from running. Among the many temptations to run for president again, the current state of the Democratic field of Presidential contenders must be the greatest.

“People have real questions” about Joe Biden, and his son Hunter’s business dealings in the Ukraine and elsewhere are only the tip of the iceberg. Underneath questions of “Isn’t there anyone else?” are the real concerns of voting Democrats.

Mayor Pete Buttigieg has his eye on the middle ground soon to be vacated by Joe Biden, but Buttigieg’s campaign has more than a few problems of its own. Pete Buttigieg is no Barack Obama. His support in the African-American community is virtually non-existent and a series of sloppy mistakes haven’t made inroads look any more likely.

Worse still, Buttigieg plans to tax the Middle Class. Which, especially considering the recent economic upsurge most American Middle Class families are experiencing, is likely to be a deal-breaker.

The cool kids of the Democratic Party have completely turned on Sen. Elizabeth Warren, who apparently is still too much a Republican at heart for their tastes. The Democratic Socialists of America may be in full-throated support of Sen. Bernie Sanders, but in addition to suffering some recent serious health problems, the Sanders campaign is now a presidential campaign in name only.

Democratic mandarin and former President Barack Obama, massive Democratic coalition builder that he is, hasn’t endorsed any presidential candidate currently in the race. Not his former Vice President Joe Biden, not even his protege Deval Patrick.

But Obama has come out swinging against someone. One person, in particular: Sen. Bernie Sanders.

Obama has promised to actively campaign against Sanders, and considering the strength and level of support enjoyed by Barack Obama in the African-American community, this is a death knell to any Democratic campaign.

All this must look very appealing to Hilary Clinton, who must see the upheaval as proof positive that she could enter the race on top and unite the warring factions.

Because meanwhile, impeachment is helping Donald Trump, and helping him where it hurts Democrats most.

Things are looking up for President Trump.

In the crucial battleground states Democrats desperately need to carry in 2020, impeachment polling shows it is support for the President, not support for Democratic efforts to remove him, that is gaining ground with voters.

Impeachment is also hitting Democrats where it counts: At the bank.

This one-two punch may be all it takes to not only put Donald Trump back in the White House in 2020, but also cost House Speaker Nancy Pelosi her majority in the House.

That is a scenario Democrats must prevent at any cost.

Even if that means giving Hillary Clinton another shot at defeating Donald Trump in 2020.