Why You Should Go Cold Turkey On Violent Media 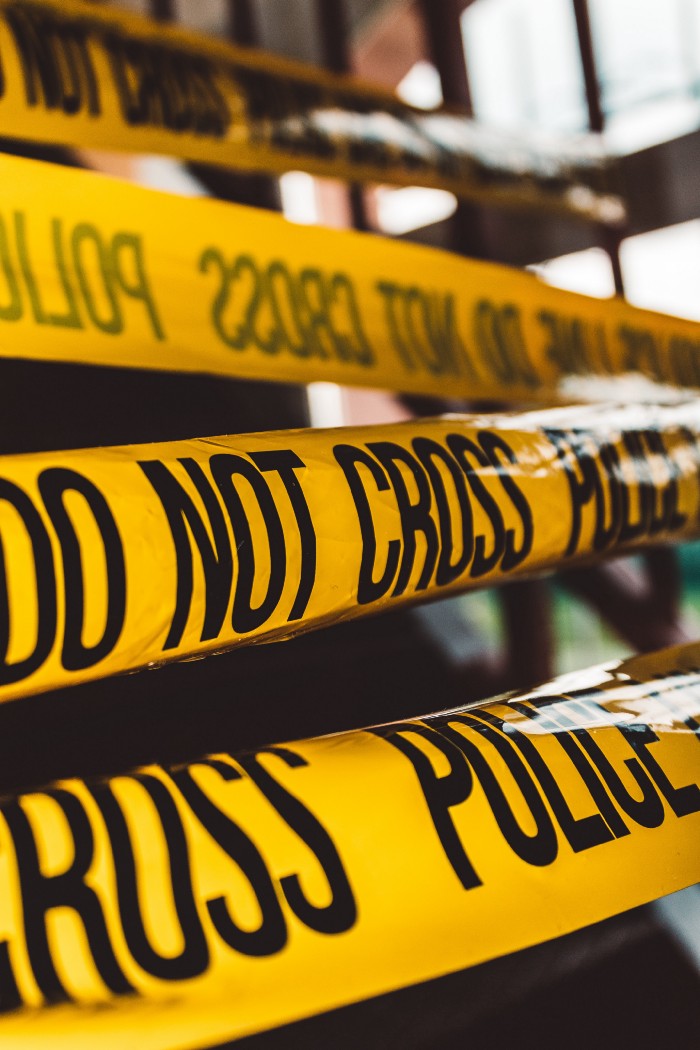 Are you plagued by vague feelings of persistent danger?

Do you fear violence and violent crime on a near-constant or ongoing basis, in spite of the fact that neither you nor anyone you know personally has ever been the victim of a violent crime?

Can you call to mind the “Law & Order” theme song? Or that unique “chime” sound effect it has? You know, the one that sounds like something in between a book being thrown at someone, a judge’s gavel rapping sharply, and the clang of prison bars snapping shut on a long sentence.

If you answered “yes” to these questions, glorified violence in entertainment- not the state of the world- may be to blame.

Whether your particular poison is Law & Order: CSI, SVU, or some other “based on real life”, “ripped from today’s headlines” fictionalized crime series; or documentary-type procedurals like the “First 48”, your media habits may be impacting more than you realize.

The foremost problem with this type of entertainment is that you aren’t getting the full story and you think you are.

Watching cops chase accused criminals while cool reggae theme music played in the background, we had a certain impression. The rest of the story- from criminal justice reform, to civil rights, to social justice, to the War on Drugs, to the police officers who kill, or are killed, in the line of duty- was absent.

That is a great deal to leave out. Which means that even the truest “true crime” is only loosely based on reality.

That is, the reality of violent crime- as Truman Capote found to his cost- is far messier, more tragic, and more senseless than even the most complex character a creative mind can dream up or shape into a narrative. That’s because violent crime is real, it destroys people’s lives and tears at the fabric of societies and cultures. Real crime isn’t entertaining in the slightest; it’s appalling. Stylized crime is what so many consumers find appealing.

Problem is, not everyone can tell the two apart.

Watching a television show or movie, reading a book, or listening to a podcast about crime- true crime, or “true-to-life” crime- never tells the whole story. It may dramatize the crime- even in excruciating detail- but it doesn’t show how dressing crime up as entertainment hurts society.

Crime as entertainment increases our tolerance for violence, especially in the young. When young, impressionable people commit terrible crimes, they are often confused about the line between reality and fiction.

The escalation of violence in the media has only increased our tolerance. Violence once only suggested by cinematic context and camouflaged behind theatrical devices has given way to graphic, gory, in-your-face, hyperrealistic violence designed to provoke a visceral response.

This type of entertainment erodes our feelings of security by presenting a world where serial murderers lurk behind every corner to torture us. It creates the impression that we are at constant risk of violence and violent death.

In spite of the proliferation of serial killers on television, serial killing has been on a downward trend for decades, thanks in part to technology. Now that nearly everyone has a cellphone and GPS tracker with them at all times, vanishing someone is much harder. 189 people were murdered by serial killers in 1987; by 2015, that number was 30.

In spite of this, people feel less safe than they did 20 years ago. For some reason, perhaps near-constant exposure to escalating media violence, we don’t seem to be very good at estimating our likelihood of being victimized. Pew Research found, for instance, that people estimated their chances of being robbed at 15%, when in fact their chances were around 1.7%.

Crime as entertainment doesn’t make anyone safer. If anything, it may dull important survival instincts by clouding our judgement with preconceived notions about what a dangerous person might actually look like if we should chance to meet one.

Consider how often and how wrong the criminal stereotypes presented by Hollywood have turned out to be. Looking askance at your next Uber driver may make you miss the car following you home from the grocery store.

By all means, practice good personal safety habits. Keen situational awareness, preparedness, and basic self-defense are all empowering tools everyone should have in their personal tool box. Read Gavin de Becker’s “The Gift of Fear” and unlock the near-superpower of trusting- and obeying- your own instincts.

Serial killers, like Ted Bundy, have admitted to using a victim’s unwillingness to appear rude in order to abduct them. Bundy once recounted boastfully that he could often tell the precise moment one of his victims began to get an uneasy feeling about him. It amused him to watch how long his unfortunate victim chose to ignore the warning bells.

Glorifying crime as entertainment has created a culture in which some notorious serial killers are so famous and popular as to need their own stylized stationary for answering fan-mail.

True crime isn’t entertainment. It isn’t a harmless hobby of the idle and easily bored. At best, it’s ghoulish; childish schadenfreude mixed with delusions of invulnerability. At worst, it is contributing to the problem of violent crime and making the world a more dangerous place.