The polls are wrong. 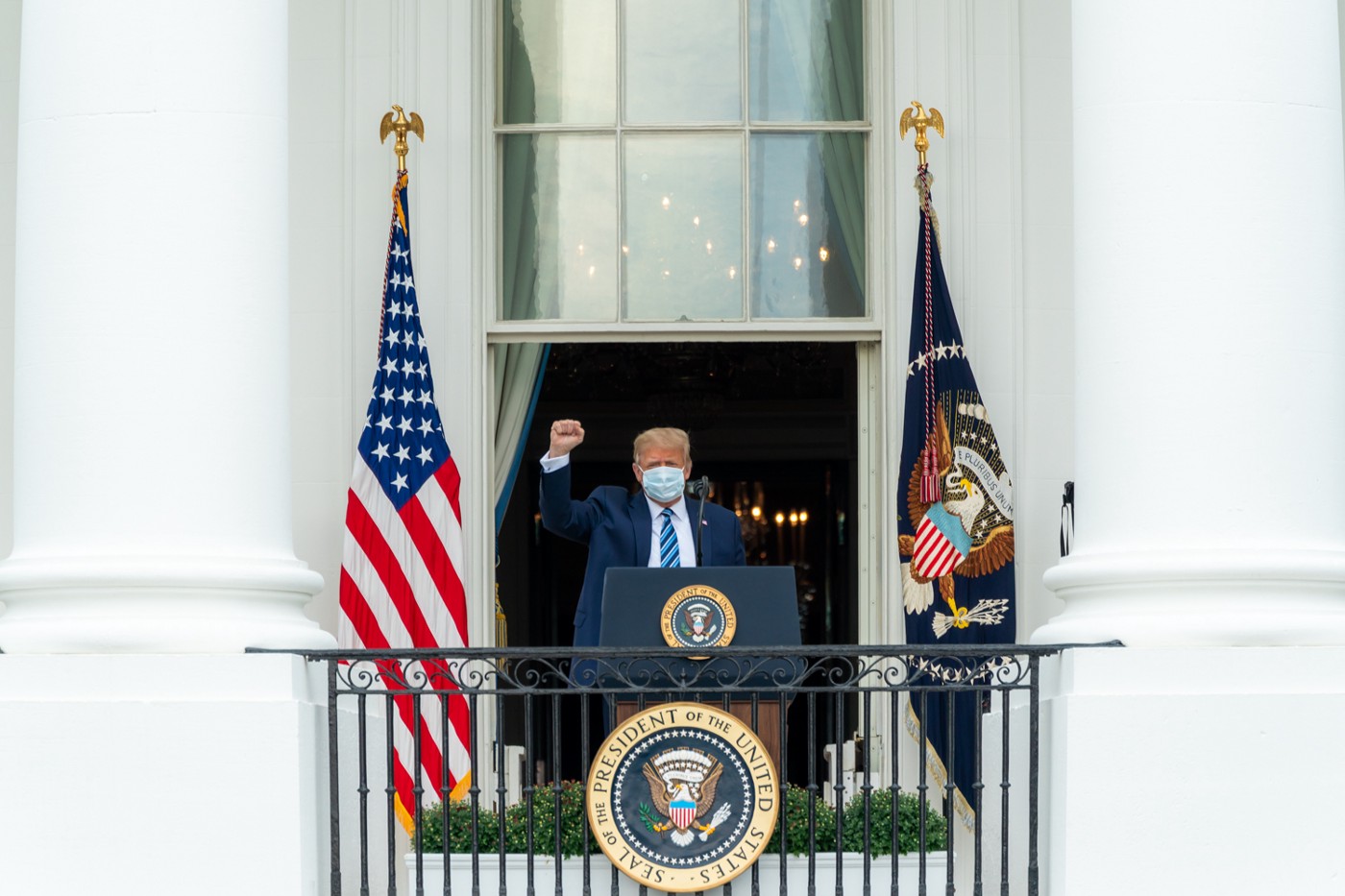 President Donald J. Trump address a gathering of peaceful protesters in support of law and order from the Blue Room Balcony on the South Lawn of the White House Saturday, October 10, 2020, in his first official event since recovering from the coronavirus. (Official White House Photo by Shealah Craighead)

Nationwide, Democrats are celebrating. Republicans are panicking. Joe Biden is way up in the polls and long-time Democratic strategist James Carville is ready to break out the champagne already.

Yet, a certain nervousness persists on the left. No one can quite forget the stunning upset of the 2016 election. There are also more than a few unnerving signs indicating Joe Biden’s lead may not be as strong as Democrats hope.

The Polls Are Wrong

“Believe the polls this time,” The Atlantic begged its readers in July, though the author was forced to admit later in the piece: “I am a pollster who works to get Democrats elected.”

“Don’t believe the polls,” we are told by other authorities. “Trump will outperform the polls again,” some warn. “Have state pollsters learned the lessons of 2016?” is a question many are asking. A deep suspicion they haven’t is nagging.

The Atlantic takes as a given that Joe Biden has been in the lead this entire race. Indeed, before Joe Biden was even named the nominee, the Democratic Party was bragging that every Democratic candidate was polling higher than Donald Trump. This was, of course, long before COVID-19, before George Floyd, before the shut-downs hurt a booming economy.

Biden is way ahead, and he has always been ahead, the mainstream media assures us. Yet Democrats are now “clawing their way back” in crucial swing state Pennsylvania, according to Yahoo News. Which is it?

There are other cracks showing as well.

Some polls show Joe Biden leading in Florida, but others show him tied with Trump or slightly behind. There are indicators that support for Biden is thin on the ground in Florida but they aren’t getting much press. Little enough was made about a recent piece in the New York Times about how Democratic messaging in Florida is falling flat with Latin-American and Hispanic-American voters over 30.

Democrats who report feeling nervous are immediately decried as bed-wetters and Debbie Downers. They are shouted down by a Greek Chorus of “What, do you want Donald Trump to win?”

“Throughout the campaign, Biden aides have grown accustomed to- and wary of- Democrats who question every move and worry at every tightening poll, a group derisively referred to as bed-wetters by less anxious Democrats,” wrote the Washington Post in September. “Biden’s campaign aides refer to actions taken to satisfy them as Operation Rubber Sheets.”

If you look carefully, you can spot the logical fallacy which is bothering these nervous Democrats, the speculation assumed as true, the assumption: The key word is “polling”.

Polling is not reality. The polls showing Biden, or before Biden, any Democratic candidate, polling higher than Donald Trump which are giving Democrats a dangerous dose of over-confidence are often based on tiny sample sizes of 500 people. Sometimes the sample is 500 adults, or 500 registered voters- not even likely voters at that.

Things have changed since polling was a gold standard of accuracy, if indeed it ever really was one, which it wasn’t.

What’s more, fewer people respond to polls than in the past. The elimination of the landline has changed polling methods, probably forever. “No one picks up the phone, but which online polls are the answer?” lamented the New York Times only last year: “There’s little transparency and not much evidence to demonstrate the effectiveness of their approach.”

The New York Times was right: Getting a truly random sample of likely voters is harder than ever. Interestingly enough, White, non-college educated men between 30–49 are the hardest to reach for polling purposes, and they have been since at least 2008.

As a result of these challenges, polls are getting less dependable, not more.

In addition, polls and polling companies are hired and commissioned by candidates and political parties. These well-paying customers want a certain result. Subconsciously and consciously polling situations are designed to deliver the desired outcome. From how the questions are phrased, to who gets asked the questions, pollsters, polling companies and their customers can make a poll say almost anything they like.

The media is not asking the hard questions that need to be asked about these polls, merely reporting them widely if they favor Democrats and ignoring them entirely if they don’t.

Yes, the polls show Joe Biden in the lead, even in swing states. But not every poll has been friendly to Joe Biden.

Polls that don’t ask people how they intend to vote are producing a wildly different result. 56% of recent respondents to a Gallup poll said they were better off than they were four years ago. 56% of people polled also reported being confident Trump will win reelection.

Biden is in the lead, but Trump’s approval numbers are ticking higher again, and are right where Barack Obama’s and George W. Bush’s approval ratings were when they were reelected. Voters may not like Trump, but they like his policies and they trust him more than Joe Biden on the economy.

Defenders of 2020 polling like to point out that 2016 polling was only incorrect because pollsters failed to adjust the results by education. White people without college degrees surprised pollsters by voting in record numbers for Donald Trump. This year, poll watchers are told, the results are weighted for education and the problems from 2016 have been fixed.

Some pollsters are willing to break rank, however. Their findings are notable. Take the recent and much-lauded CNN poll showing Biden with a whopping 16-point lead.

“I’m a Democrat,” pollster John Zogby said of polls showing Biden that far ahead, “I just don’t think that sampling is accurate.”

John Zogby’s polling model is based on 2016 turnout, which was about 34% Republicans and 38% Democrats. Zogby shows Biden with a lead of only 2 points, well within the margin for error.

Zogby’s isn’t alone. Critics of recent polling point out that samples of adults or even registered voters aren’t as reliable as samples of likely voters. Critics also point out that polls which project only a 25% Republican turnout are basically worthless.

While polling companies continue to offer results based on turnout that in no way resembles 2016 turnout, none have offered a sufficient explanation for doing so.

It is possible that Biden has made some modest gains since the debates and Trump’s positive COVID-19 diagnosis. That Biden is as far ahead in the polls as 16 points strains credulity.

A great deal has changed since James Carville helped Bill Clinton to victory in 1992. When did James Carville know that Trump was going to beat Hillary Clinton in 2016? On election night, at 10:00 p.m.