Why Did Russia Want Trump in the White House?

The diplomatic relationship between the U.S. and Russia is the worst it’s been since the Cold War. The 80’s called: We might want that foreign policy back after all. 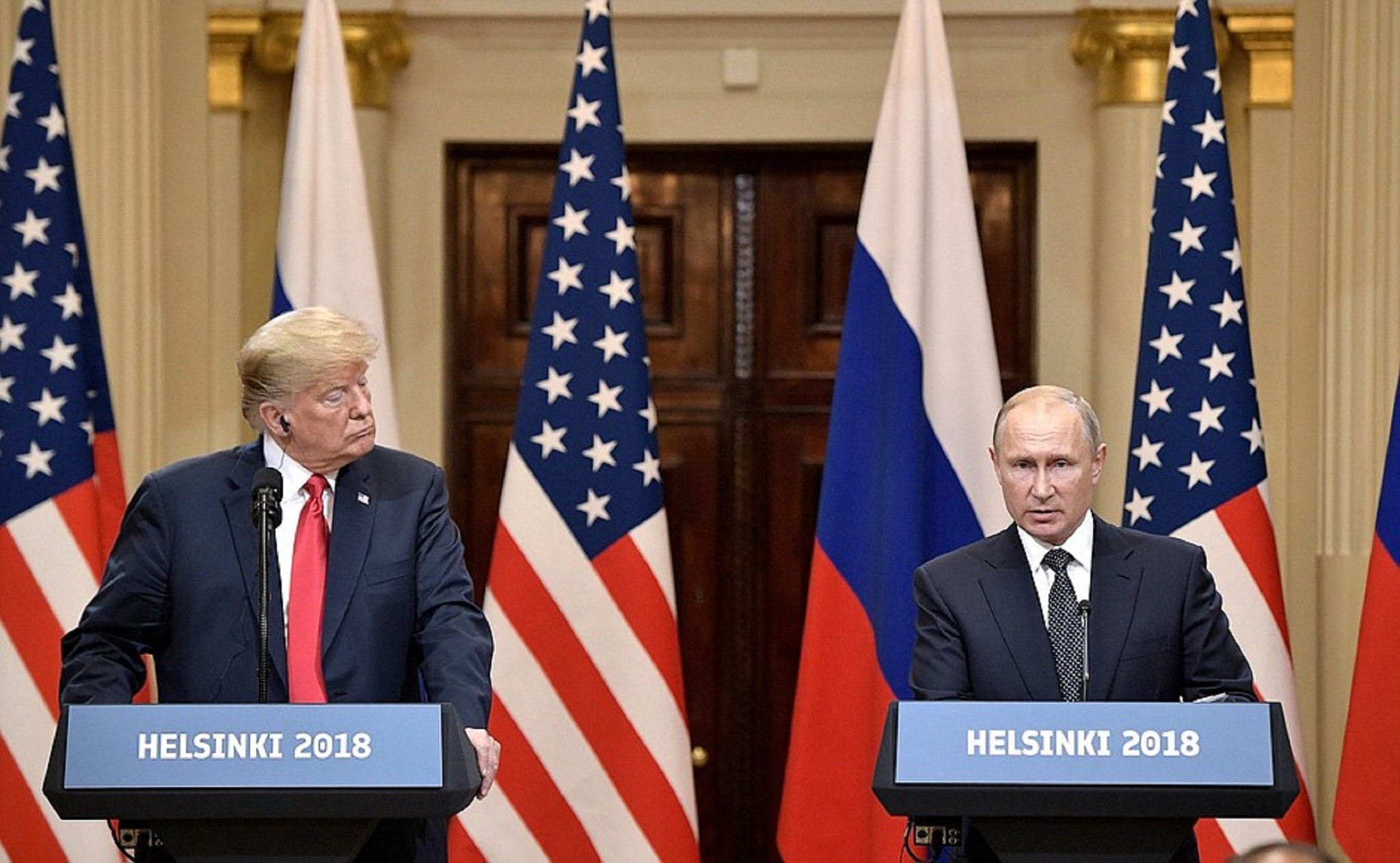 “When you were asked, what’s the biggest geopolitical threat facing America, you said ‘Russia.’ Not Al-Qaeda; you said Russia. And, the 1980s are now calling to ask for their foreign policy back, because, the Cold War’s been over for 20 years.” — Barack Obama, to Mitt Romney during a presidential debate in 2012.

From Russia, With Love

The 80’s are back. And like parachute pants and fanny packs, the Cold War might soon be making a comeback as well.

While pundits in the media speculate over redacted Mueller report material and wait for Mueller’s inevitable testimony, everyone is missing a large piece of the purported Trump-Russia collusion:

Trump’s election hasn’t been good for Russia. On the contrary, the relationship between the Washington, D.C. and Moscow is the worst it’s been since hair metal glam-bands were making music videos for MTV.

“We are in danger of stumbling backward into a Cold War that is to no one’s advantage. Without steady, political-level engagement between the defense establishments, the risk of a true new Cold War rises steadily.” — James Stavridis, retired Navy admiral, top NATO commander in Europe from 2009 to 2013. “The Chill in US-Russia Relations has some worried about stumbling into a military conflict”. Military Times, April 14, 2019

Even when considering the implications of the Mueller report, the threat of mutually assured destruction should stay foremost in the minds of elected Democrats.

When there is no continuous, well-maintained dialogue between the U.S. and Russia, dangerous possibilities for misunderstandings develop.

The U.S. must avoid at all costs the mistake of blundering into a military conflict, or even a nuclear standoff, because of what basically boils down to a domestic dispute between two political parties over how the U.S. government should be run.

“The U.S., its allies and Russia are caught in a dangerous policy paralysis that could lead — most likely by mistake or miscalculation — to a military confrontation and potentially the use of nuclear weapons for the first time in nearly 74 years. A bold policy shift is needed to support a strategic re-engagement with Russia and walk back from this perilous precipice.” — The “Threat of Nuclear War Is Still With Us”, Wall Street Journal 4/10/2019

8 million people- in the U.S.- are happy with Democrats continuing to call for impeachment proceedings against President Trump in spite of the Mueller report’s failure to indict him on charges of collusion or obstruction.

Everyone else in the U.S.- the 60 million people who voted for Trump, the other 50 million who voted for Hilary Clinton in 2016 and the 5.7% of voting Americans who pulled the lever for “other”- are exhausted by the failure of the Mueller report to live up to the radical predictions of the U.S. press.

A U.S. press, it is becoming increasingly clear, that would rather have Trump be a deep cover KGB agent than the legitimately elected U.S. President. That’s not logical; that’s emotional.

If all else fails, deeply committed Trump-impeachers contend that since Donald Trump and Vladimir Putin are both jerks, they therefore must be in it together. Liberal Democrats in the U.S. suffering from this delusion need to take another look at the field of players in the world domination game.

Lots of egos, at home and abroad. Lots of what you would politely call “strong personalities”, current and historical. Few FDRs; more Napoleons.

Democrats in the press seem eager to embrace Republican Mitt Romney’s views on the disgraceful conduct of Donald Trump in the White House. Perhaps elected Democrats and those in the press should have taken Romney as seriously when he claimed Russia was the ‘number one geopolitical foe of the U.S.’ in 2012.

“I’m saying in terms of a geopolitical opponent, the nation that lines up with the world’s worst actors. Of course the greatest threat that the world faces is a nuclear Iran, and a nuclear North Korea is already troubling enough. But when these terrible actors pursue their course in the world and we go to the United Nations looking for ways to stop them … who is it that always stands up with the world’s worst actors? It’s always Russia, typically with China alongside. And so in terms of a geopolitical foe, a nation that’s on the Security Council that has the heft of the Security Council, and is of course is a massive nuclear power, Russia is the geopolitical foe.” Mitt Romney, Bowing to the Kremlin

Romney was absolutely right: Iran, North Korea. Russian the U.S. are opposed on these issues, and Russia is undermining U.S. interests in these regions. Not to mention U.S. relations with China.

The ongoing crisis in Venezuela is another delicate point upon which the U.S.-Russia relationship is now poised. The U.S. government has expressed its support for the Venezuelan opposition leader Juan Guiado; Russia is heavily invested in embattled dictator Nicholas Maduro’s regime.

Neither Russia nor the U.S. seem intent enough on any particular outcome in these regions to take military measures against each other… yet. But if U.S. and Russian officials aren’t careful, climate change might be the least of humanity’s worries.

A nuclear winter sounds at least as pol.