Why Democrats Should Elect AOC Speaker of the House

Rep. Alexandria Ocasio-Cortez is not the least effective member of the House; she is the most potentially effective lawmaker Americans have ever elected. 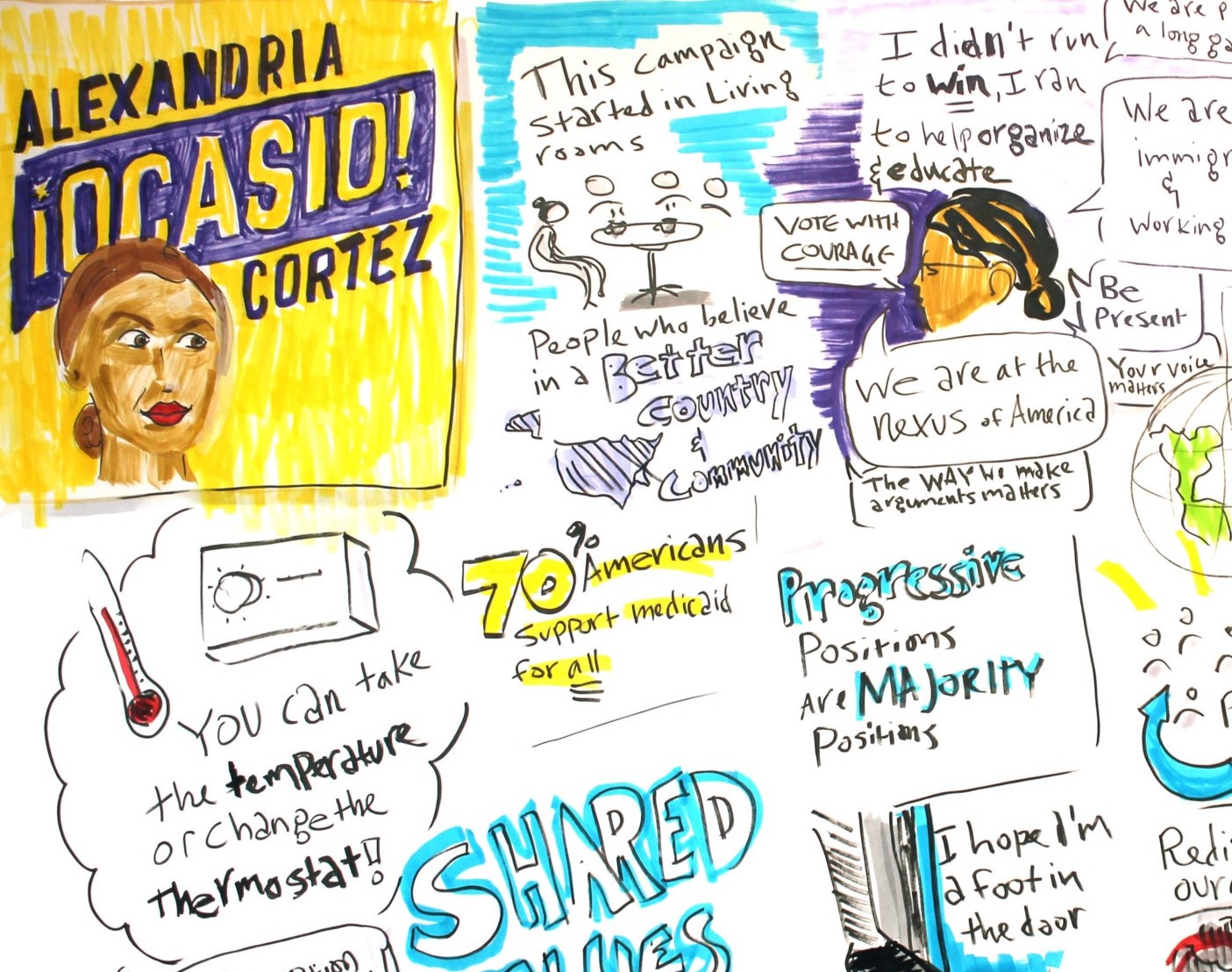 “She’s the queen of Twitter- but less successful at lawmaking,” crowed the New York Post at the news that a nonpartisan analysis of the U.S. House of Representatives found Rep. Alexandria Ocasio-Cortez (D-NY) one of the least effective members in Congress.

The Center for Effective Lawmaking concluded that Rep. Ocasio-Cortez has proposed only 21 “substantive” bills, none of which have made it out of committee. No piece of legislation drafted by AOC has reached the House floor for debate- none became a law. Out of 240 Congressional Democrats analyzed, Ocasio-Cortez was ranked number 230 in effectiveness.

“It’s clear that she was trying to get her legislative agenda moving and engage with the lawmaking process,” said one political scientist involved in the study, Alan Wiseman. “But she wasn't as successful as some other members were- even among freshmen- at getting people to pay attention to her legislation.”

“She introduced a lot of bills, but she was not successful at having them receive any sort of action in committee or beyond and if they can’t get through committee they cannot pass the House,” Wiseman concluded.

Current House Speaker Nancy Pelosi has often made this same criticism of AOC and her fellow “Squad” members in Congress.

“All these people have their public whatever and their Twitter world,” Speaker Pelosi famously told the New York Times last year. “But they didn’t have any following. They’re four people and that’s how many votes they got.”

“Tweeting is easy, governing is hard,” one Democratic lawmaker said of AOC’s approach, which some of her colleagues have panned. “You need to have friends. You need to understand the committee process, you need to be willing to make sacrifices. Her first day in Congress…she decided to protest outside of Nancy Pelosi’s office.”

AOC’s Democratic colleagues have also accused her of being over-focused on media and narrative, often at the expense of governing. Not everyone agrees, however.

“To dismiss any members force, and particularly these four members who do have a tremendous following in the progressive base, I think is not the best thing,” said Rep. Pramila Jayapal (D-Wash.)

Rep. Alexandria Ocasio-Cortez has a rather different perspective on her performance as well. She has accused her Democratic colleagues of meeting Republicans half-way when they shouldn’t give an inch.

“Under no circumstances should the House vote for a McConnell-only bill w/no negotiation with Democrats. Hell no,” AOC tweeted before her and her four fellow Squad members voted against a House spending package approved by Pelosi. “That’s an abdication of power we should refuse to accept. They will keep hurting kids if we do.”

Ocasio-Cortez often characterizes her steadfastness as loyalty to the voters who elected her.

“We want to focus on building this new generation of leadership that actually champions solutions that match the scale, scope and urgency of the crisis we're facing,” said Alexandra Rojas, executive director of the Justice Democrats.

As such, calling AOC one of the least effective Democrats in Congress is disingenuous. AOC is responsible for Democratic Party gains during the 2020 election, to say nothing of its soon-forgotten gains in 2018.

While it may be true that her attempts at drafting and passing legislation haven’t gone anywhere, her signature piece of legislation in her short career, the Green New Deal, has gone super-viral.

Because of progressives like AOC and the Justice Democrats, President Donald Trump was deprived of a Republican-controlled House of Representatives. Because of AOC, impeachment proceedings could be brought against him, even if the Senate failed to convict.

For decades, the Democratic Party has bemoaned the lack of engagement from younger voters who share the values, if not the dependable voting habits, of their older Democratic counterparts.

As a result, both parties have been badly neglecting Millennial voters; an up and coming voting bloc with radically different views on political subjects than their Generation X counterparts.

Democrats like Ocasio-Cortez have demonstrated the power of social media to engage these young voters, and drive turnout at the polls. Voter engagement is what is currently buoying the Democratic Party.

AOC’s social media clout combined with Congressional politics as usual, House Speaker Pelosi’s “Coin of the realm”, would be a powerful force.

The popular appeal of Sen. Bernie Sanders’ and AOC’s brand of Democratic Socialism cannot be denied.

In Nevada this March, almost the entire governing body of the Democratic Party was replaced in internal elections with candidates branding themselves as progressive New Democratic Socialists. In response, and in preparation to respond, Nevada Democrats moved all campaign funds out of the party’s accounts prior to the elections and resigned en masse after.

With news like the fact that most people charged in the Capitol riot on January 6 will receive no jail time, and rumors that the Biden Administration is considering re-adopting some of the harsher immigration policies of the Trump administration, Democrats may soon need high-profile members like AOC more than ever.