Who You Gonna Believe: Democrats or Your Lying Eyes?

Undecided voters are not sold on the latest impeachment gambit. 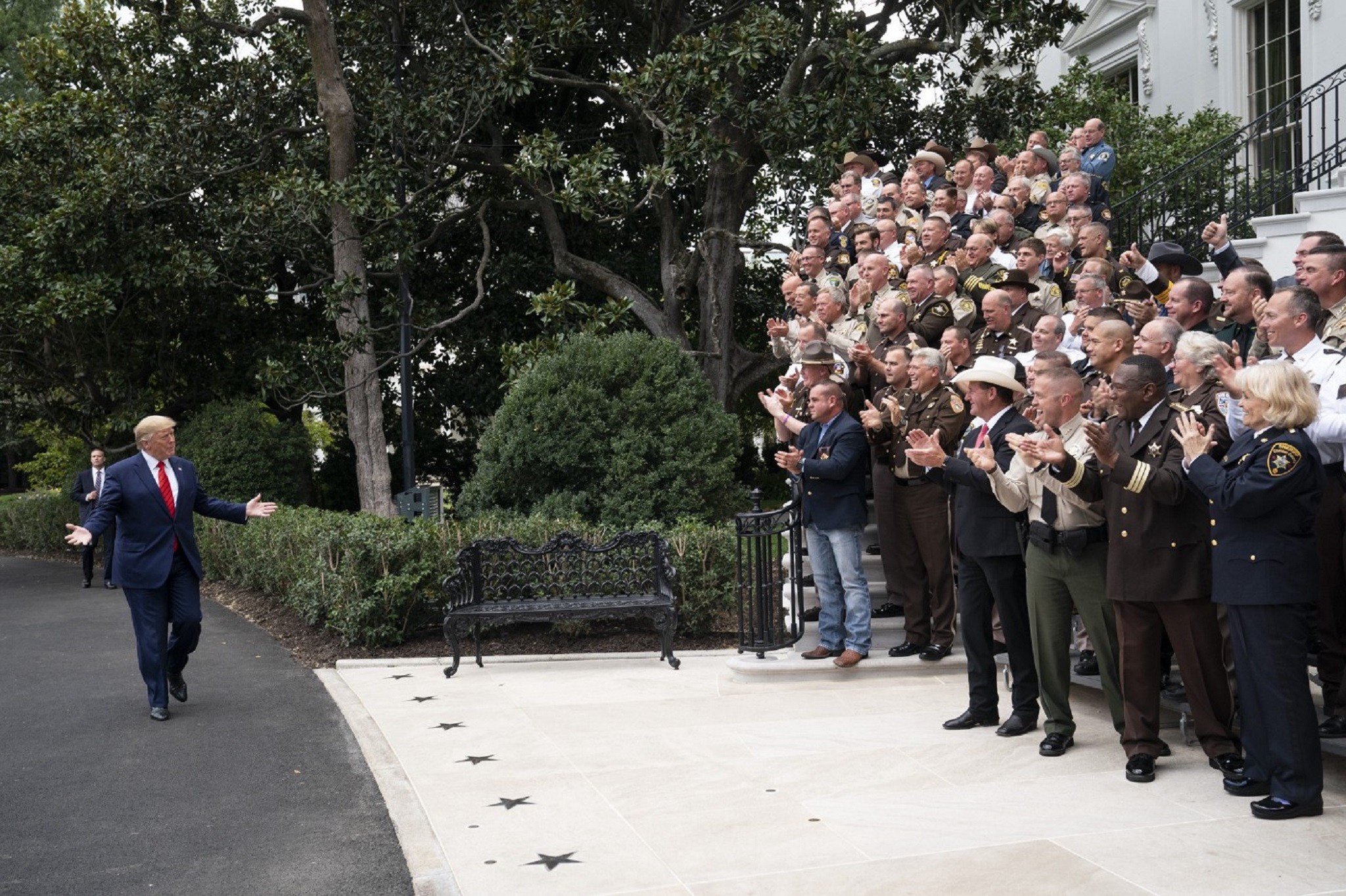 Human beings love stories. Writer Lisa Cron posits that our brains are hard-wired for stories and there is plenty of science to back up her assertion. We are, after all, much more apt to remember a well-told story than a dry recitation of facts.

But stories can be dangerous things, too. People can become convinced stories are real, confuse fiction with reality. People can sometimes become overly enamored of a story; demagogues use stories to control society, even manipulate thought. Religious figures and teachers use them to instruct.

Stories can be told to entertain an audience, to enlighten students in a class, to destroy a life. Stories can even kill, as they did in the Salem witch trials.

They can also be used by politicians in attempts to polarize and manipulate a voting public, even one as well informed as we like to think ourselves.

Two dueling stories are at work now in Washington, and competing for the hearts and minds of voters across the country as each Democrat, Republican and Other returns to their home district this week to face constituents.

And answer questions about impeachment proceedings against President Trump.

If there are any.

The dueling narratives aren’t giving Democrats an advantage, at least not in the minds of undecided and independent voters. Many don’t like Trump, but don’t favor impeachment.

Why aren’t these voters buying what Democrats are selling this time on impeachment?

The main weakness lies in a Catch-22: On the subject of Ukraine, Democrats can’t defend Biden and condemn Trump.

The Post also assures us in the same article, that though there is scant appearance of wrongdoing on the part of Donald Trump- in spite of his having released a transcript of the call in question and the whistleblower’s complaint immediately as requested- there is wrongdoing.

In spite of this appearance of transparency, there isn’t any. Reading between the lines of the call, there was actually wrongdoing, according to the Post.

No evidence has been presented, but that doesn’t matter when it comes to Trump. The Ukrainian President has denied the claims, but that too is immaterial.

The Post article admits that “a former adviser was concerned enough to mention it to the Vice President [Joe Biden]” and one of Hunter Biden’s investment firm partners “believed that joining the board of Burisma Holdings was a bad idea and ended his business relationship” with the company over it.

Nevertheless, we are to understand, it is a non-story and Trump had no right to ask about it.

The article goes on to allow that “for some Ukrainians, Hunter Biden’s association with Burisma undermined his father’s calls to end corruption in Ukraine.”

In one paragraph it asserts that “what specific duties Hunter Biden carried out for Burisma are not fully known” and that Hunter Biden’s lawyer declined to say how much Hunter earned through his association with Burisma; in the next paragraph, contradicting itself by repeating the lawyer’s statement that these questions about Hunter Biden have “been answered to the full satisfaction of everyone” as if that were the obvious and final word on the subject..

Anti-Trumpers of every stripe don’t need convincing; they’ve been for impeachment since before Trump took office and nothing could persuade them to vote for him come next November. They are prepared to vote for a ham sandwich if it runs against Trump in 2020.

Independents, undecideds, moderates and that rarified electorate that went for Obama in 2012 and Trump in 2016, however, are less impressed.

That the Mueller Investigation, and much hyped Mueller Report, amounted to exactly nothing in terms of consequences for President Donald Trump is not helping Democrats sell this story.

News outlets seem to expect voters to take them at their word. Trust us, each article intones in its own fashion, there is something there this time. Unfortunately for the media, Democrats, and most especially, Democrats in the media, their credibility has been deeply undermined by three years of ceaseless coverage on Russian collusion that ended with a dud.

The Russia investigation was too complicated for voters and the American public to sort out, Democratic leadership keeps assuring everyone; these Ukrainian allegations are much more straightforward and the public mood against impeachment is bound to shift.

It is assumptions like these that make coastal elites like Speaker of the House Nancy Pelosi seem woefully out of touch with the American people; and consistently likely to underestimate them, with great cost.

Democrats are making a critical mistake in logical thinking- they are simply too close to the problem. It’s a classic error- assuming everyone else has the same information you have, and forgetting to impart a critical element because since it is so second nature to you, you assume everyone already knows about it.

Unless you are going into this article with the full understanding that Trump is guilty, this article, and the many others like it, will completely fail to convince anyone of Trump’s guilt.

Democrats, political pundits, journalists live and breathe politics every day of their lives. Lives, needless to say, not much improved by this habit. For these purveyors of political gossip and innuendo, their day begins and ends with Donald Trump, and has for going on three years now.

The more journalists hate Trump, the closer they cover his presidency.

American voters, not so much.

Most people are not going to bother reading between the lines, reading motives into every uh and er, dissecting nefarious motives in every pause. American voters aren’t going to be bothered to connect the dots on Trump and his ill-advised call to the Ukrainian president. Or splitting hairs on which story makes who look more corrupt.

Senator Bernie Sanders, bellwether that he is, is perhaps the only Democrat who is on message about Donald Trump. As usual, Sanders is way ahead of the curve, espousing views everyone will come to see in time as the right ones.

After its way too late.

Sanders points to Trump’s hypocrisy: Shouting about how all the products Trump hawks from baseball caps to plastic straws are made in foreign countries by poor people being exploited by terrible working conditions and criminally low pay.

The messaging strategy of the Sanders campaign undermines the most powerful aspect of Trump’s appeal to his 63 million voters; his status as an outsider. This move by the Democratic leadership makes Trump look even more like a political outsider, while making Democrats look like the establishment party undermining the U.S. election system, trying a series of political ploys to overturn an election.

Painting Trump as the elitist he is- for who else among us was paid an allowance of $250,000 a year as a child?- is far more likely to appeal to to the very group Democrats need to woo in order to defeat Trump in the polls in November.

Where they surely must face him. And after yet another impeachment gambit has blown up in Democratic faces.