When Cancel Culture Comes Home for the Holidays

Must we burn Thanksgiving and Christmas? 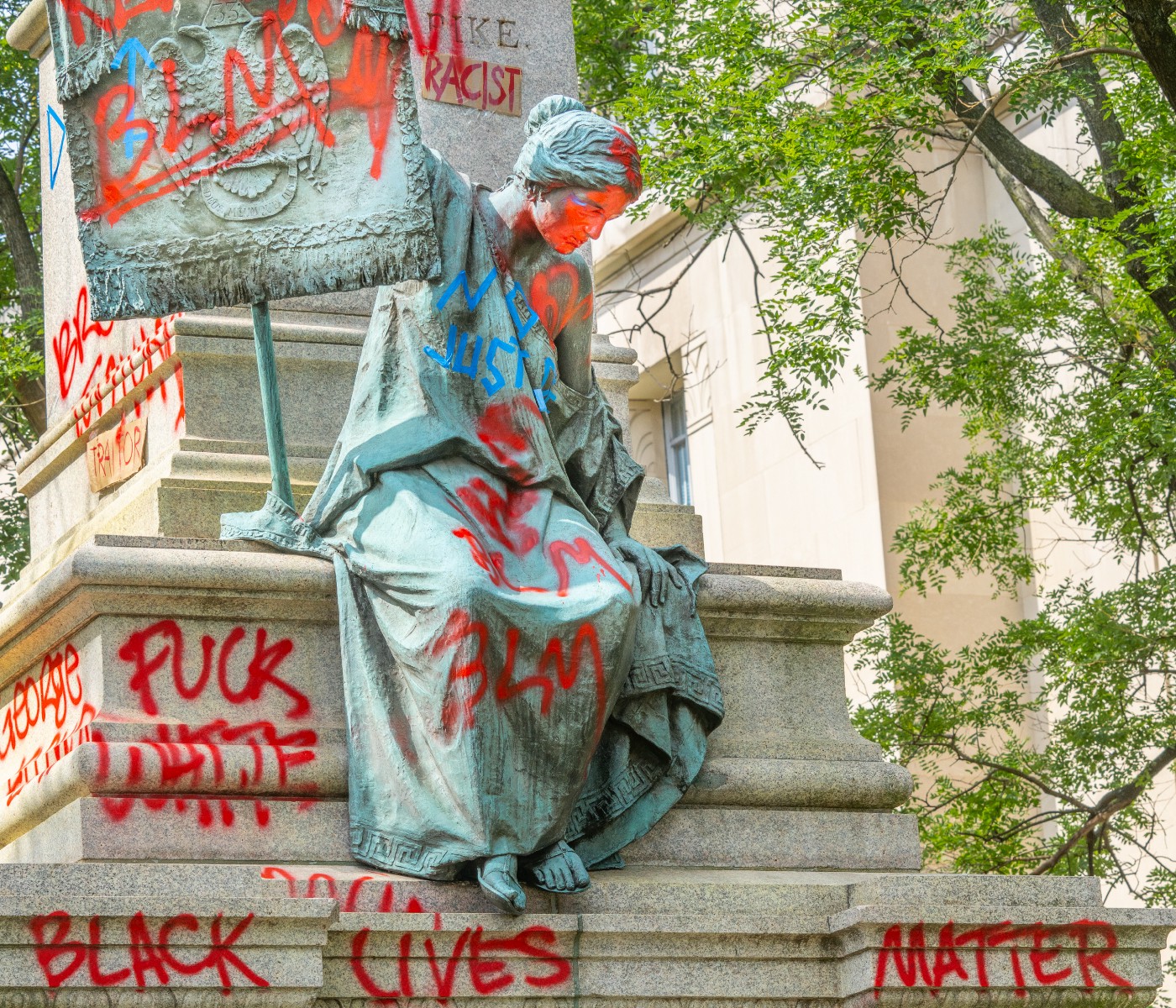 The authorities of cancel culture- when they aren’t assuring us that cancel culture both doesn’t exist and isn’t a problem anyway- are gearing up to fill the remainder of the calendar year with calls to dismantle more aspects of American culture.

Recently, we learned that the nation’s Independence Day of July 4th is racist, white supremacist, and cancelled. The American flag is canceled. The Founding Fathers are cancelled, as are their statues.

“The Star-Spangled Banner”- the U.S. national anthem since long before it was officially adopted in 1931- is also racist, white supremacist, and cancelled.

Cancel culture and its main enforcement body on Twitter agree these are all institutions which must be dismantled immediately for the greater good. It is hard to imagine the remainder of our calendar year won’t be filled with more such similar calls.

Rosh Hashanah and Yom Kippur will be happening in September, these Jewish religious holidays may miss the worst of it. These holidays aren’t as widely celebrated and don’t get as much attention. Though, considering the spate of vandalism which took place at Jewish Synagogues during the protests, this might not prove true.

Halloween might survive the gauntlet- with the expectation that the usual cautions against cultural appropriation for costumes be ratcheted up a few notches. Columbus Day is, of course, no more.

Here is where things might get a bit more difficult for the left. In November, there are two major U.S. holidays: Veteran’s Day and Thanksgiving.

Veteran’s Day isn’t likely to be a day when the scions of cancel culture on the progressive left pay tribute to U.S. military heroes. And Thanksgiving? Talk about your low-hanging fruit.

Undoubtably, those pleasant fictions American schoolchildren were taught about nice pilgrims and friendly Native Americans sharing a meal together were nonsense. Anyone with the power of Google can easily tear that narrative into pieces.

There is also little question that the celebration of such a holiday might strike the descendants of those native peoples whose lands and lives were seized by the hostile, invading force of colonialism and its aftermath as unfair.

But are most people really willing to give up Thanksgiving? Was 2019 really our last celebration of such a holiday?

There is, however, another sort of holiday further complicating November: Election Day. It is on this day Americans will decide if Donald Trump should receive a second term or if Joe Biden will become the next President.

If Joe Biden is elected, and endorses Thanksgiving and Christmas, these two holidays might look very much like they have come to look in our modern age of social media.

That is, most people enjoying the holidays like every other year, and a few contrarians who feel it's their duty to remind everyone Thanksgiving is predicated on colonialism and Christmas is a religious holiday.

If, however, Donald Trump manages to eke out a victory on Election Day, Thanksgiving, and Christmas, will be subjected to the same treatment Independence Day received this year.

Trump will, of course, wish everyone a Happy Thanksgiving. Thanksgiving will, at is long has been, be celebrated at the White House with the traditional Turkey Pardon and all the trimmings. And though Thanksgiving was celebrated yearly by the Obama White House, this act will take on new significance and will be subjected to condemnation heretofore unknown to cancel culture.

Then, will come Christmas.

That Christmas has become not so much a religious holiday to many- though it certainly still is that to those of the Christian faith- but a time for family, food, tradition, and the exchange of presents- will be a nuance that is lost on the Twitter mob.

Hanukah is likely to suffer a similar fate, though on a smaller scale since it isn’t a federal holiday.

That Christmas, Thanksgiving, Columbus Day, Veteran’s Day, and Independence Day are all federally recognized holidays is likely to be their undoing in 2020’s ruthless pursuit to purge society of anything deemed “problematic”.

However, the people doing the deeming are hardly a unified or organized body. Some of them may be reacting to articles like this one, which may be little more than an attempt by its author to stand out above the journalistic groupthink. This call to cancel the “Star Spangled Banner” might be mere clickbait, indicative of nothing more than the author’s mercenary nature.

Take a look at the comments section of this story. In demonizing these symbols of American history and American ideals, liberal progressives cannot avoid demanding the dismantling of any they deem unacceptable. They are setting the Democratic Party up for failure.

The problem with a condemnation of Veteran’s Day, for instance, discounts the fact that so many voting Democrats are military service members and former members.

This includes a significant number of African-American Democrats and Hispanic-Americans and many members of other minority groups largely loyal to the Democratic Party.

It may seem like a good time to remind the masses of the various shortcomings of the American military machine over the past decades. Such a discussion is certainly not without its merits.

Getting #cancelveteransday trending on Twitter on Veteran’s Day, however, has no merits for the Democratic Party.

If liberal progressive activists want to try moving the needle of public opinion on these matters, that is their right. That they are doing so very ineffectually is hurting the Democratic Party, and genuine efforts to correct injustice and systemic racism.

Whatever happens on Election Day, liberal progressives are alienating Democrats from the party with these constant and unnecessarily divisive edicts about political correctness.

Liberal progressives in the media seem to be in a competition with each other. Who can be the first to call out oppression, injustice and racism?

Continuously drawing attention to the fact that we have all inherited a time and place shaped by the injustices of the past, and that these injustices persist is helpful. Demands to undo all this troublesome history overnight- or even in one election cycle- is not helpful. It’s not even possible.

The problem is simply too big, too nuanced; it runs from the infinite to the infinitesimal.

Take the standard world map we use- with the Americas on the left side and Africa and Asia on the right, with the North Pole at the top, and Antartica on the bottom. This map reflects the choices and prejudices of the European sea-farers who originally conceived of the world in that way.

There is no scientific reason to think of North as “up” and South as “down”. Next time you see a map orientated like this, forget everything you know- or think you know- about the world and turn it upside down.

Consider dandelions: Those tiny, ubiquitous, yellow-flowered weeds, are an invasive species introduced to North America during what historians politely refer to as “The Columbian Exchange”.

Colonialism, Eurocentrism, the Trans-Atlantic trade in human beings which flourished for centuries, the Columbian Exchange, the Dutch East India Trading Company, the Raj- all these preludes of injustice, and too many more to count: They are even more ubiquitous and difficult to eradicate than the dandelion and the Mercator Projection put together.

Demanding we get rid of Thanksgiving, Christmas, and tearing down statues of Francis Scott Key when the sentencing discrepancy between crack cocaine and cocaine is still 18–1 seems a bit disingenuous. At best.

At worst, it seems like a bid for attention, courting controversy for reasons of self-interest; quite the opposite of genuine activism.