If George Floyd had died a day earlier, Amy Cooper would have been at the BLM protests. And that’s a problem. 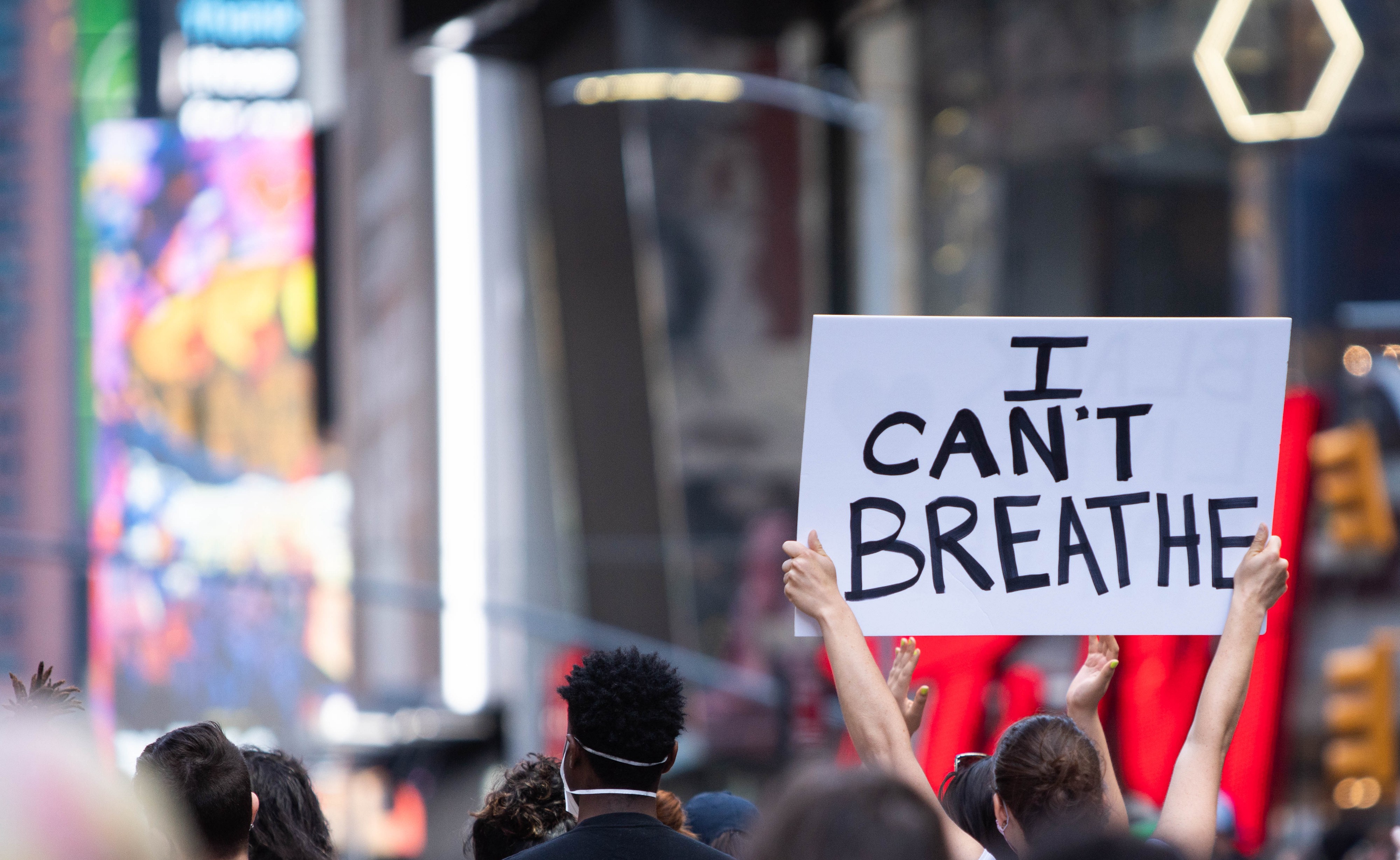 But they met nonetheless, when their respective stories hit the news on the very same day and were indelibly linked together forever. Two startling videos: Two unforgettable snapshots of race relations in America.

May 25, 2020: Amy Cooper’s affected, hysterical call to 911 about an “African-American man” threatening her life in Central Park; George Floyd, lying in the street, with the knee of a police officer pressing into his neck until he died.

It is a Tale of Two Videos: In one, a White woman calls the cops on a Black birdwatcher; in the other, a Black man is killed on-camera by a White police officer.

The hard and painful lessons some in society are suddenly learning from the death of George Floyd continue apace: No- we are not living in a post African-American President age of racial harmony. This news has not come as a shock to most minorities in America, for whom discrimination, prejudice and racism are a part of everyday life and always have been.

After all, they themselves aren’t racists; never have been. And with that, White liberals in the Democratic Party immediately went looking for the source of the problem elsewhere.

Of course Donald Trump is to blame. Except, as racial minorities in America know only too well, racism did not begin on Trump’s measly four-year watch. The 63 million people who voted for Donald Trump in 2016 were also low hanging fruit. White liberals were anxious to blame them, too.

So George Floyd’s death was followed by a banquet of White public self-flagellation as celebrities, companies, influencers and many others made a great show of solidarity with the Black community. But this guilt has often looked more like vanity: A rush to blame a cartoonish caricature of a racist and avoid personal responsibility.

But with time, we have come to be able to view the events of that terrible day with a more jaundiced eye. It is only now that the juxtaposition of the two videos comes into sharper focus. And the Amy Cooper video takes on greater significance.

Amy Cooper, while walking her dog off-leash in an area of Central Park where dogs must be leashed at all times, was asked by Christian Cooper, an African-American birdwatcher, to leash her dog. Instead of complying, or even telling him to mind his own business, Amy Cooper threatened the man with the cops.

Her overly-dramatic voice, as she tells 911 dispatchers her life is being threatened, is telling.

Amy Cooper, it must be noted, is a Hillary Clinton-supporting, card-carrying Democrat; she isn’t a Republican, or a Trump supporter. She isn’t a cartoon-villainish racist. She doesn’t live in “MAGA Country”, but in cosmopolitan New York City.

In interviews about her actions in Central Park that day, Amy Cooper later claimed repeatedly and vehemently: “I’m not racist. I did not mean to harm that man in any way.”

Except that people like Amy Cooper, though they don’t consider themselves racist, are more likely to look at an application for a job, see a “foreign-sounding” name, and subconsciously, or even consciously, slip that application lower in the pile. They are the reason, “Kate Smith” is more likely to score a job interview, sight unseen, than, “ReShawna Jones.”

The officer who knelt unmoving on George Floyd’s neck as he pleaded for his life and bystanders filmed the incident, also begging the officer to let the dying man up, had his own motivations for behaving as he did. He has been arrested; hopefully he will be tried, convicted and sentenced to life in prison for the murder of George Floyd.

But he is just a part of a larger problem; a cog in the machine.

Officer Derek Chauvin’s very tangible actions- as evidenced by his complete lack of self-consciousness as he murdered a prone man in cold blood, in broad daylight, in front of witnesses with video cameras- are empowered and emboldened by a system that uses dirty cops like Chauvin and his partner to stock U.S. prisons with an able-bodied workforce.

The U.S. imprisons more people than any other country on earth. Either there is something uniquely wrong with our criminal justice system, which needs to be fixed without further delay, or Americans are uniquely evil.

In the voting populace for whom the news that racism persists in America’s criminal justice system is not news, there is much grief over the many injustices and inequalities that continue to plague communities, even in places Democrats have been governing for decades.

Especially in those places.

This grief has not manifested itself in the massive, widespread protests that followed the death of George Floyd; nor did it start there. This grief has been simmering for decades and has manifested itself in other ways; in primary challenges against incumbent Democrats who have voted again and again for the same “tough on crime” and “war on drugs” bills that landed the American justice system in the mass-incarceration mess.

These laws have been wrecking havoc in African-American communities in particular in the years since. They have created a Godzilla-like monster of a U.S. prison complex, some of it for profit, some of it producing billions in goods every year using prisoners as forced labor.

“It’s not the racist white person who is in the Ku Klux Klan that we have to worry about. It’s the white liberal Hillary Clinton supporter walking her dog in Central Park who would tell you right now, you know, people like that- ‘oh, I don’t see race, race is no big deal to me, I see us all as the same, I give to charities.’”

“But the minute she sees a black man who she does not respect or who she has a slight thought against, she weaponized race like she had been trained by the Aryan Nation.” — Van Jones, CNN

Van Jones may have a point: The progressive liberal agenda, the racial justice agenda- one important aspect of which is criminal justice reform- has been blocked just as often by moderate incumbent Democrats as it has been blocked by Republicans.

Any attempts from within the party to replace elected Democrats with more progressive candidates have been met with hostility by House Speaker Nancy Pelosi and other House and Senate Democrats.

While it is true that primary challenges have been frowned on in the past, this has caused an unintended bottleneck through which progressive social justice issues have become trapped.

Stalled for decades as issues like criminal justice and health care reform get little more than lip service during campaign season. The Democratic Party thinks it is already doing enough because its leaders, like Amy Cooper, don’t see their role in perpetuating the problem.

But as long as the problem stays, “out there,” real progress will remain elusive.