What Happens to the Political Party Overconfident in a Friendly Press?

The results are going to seem so obvious in hindsight. 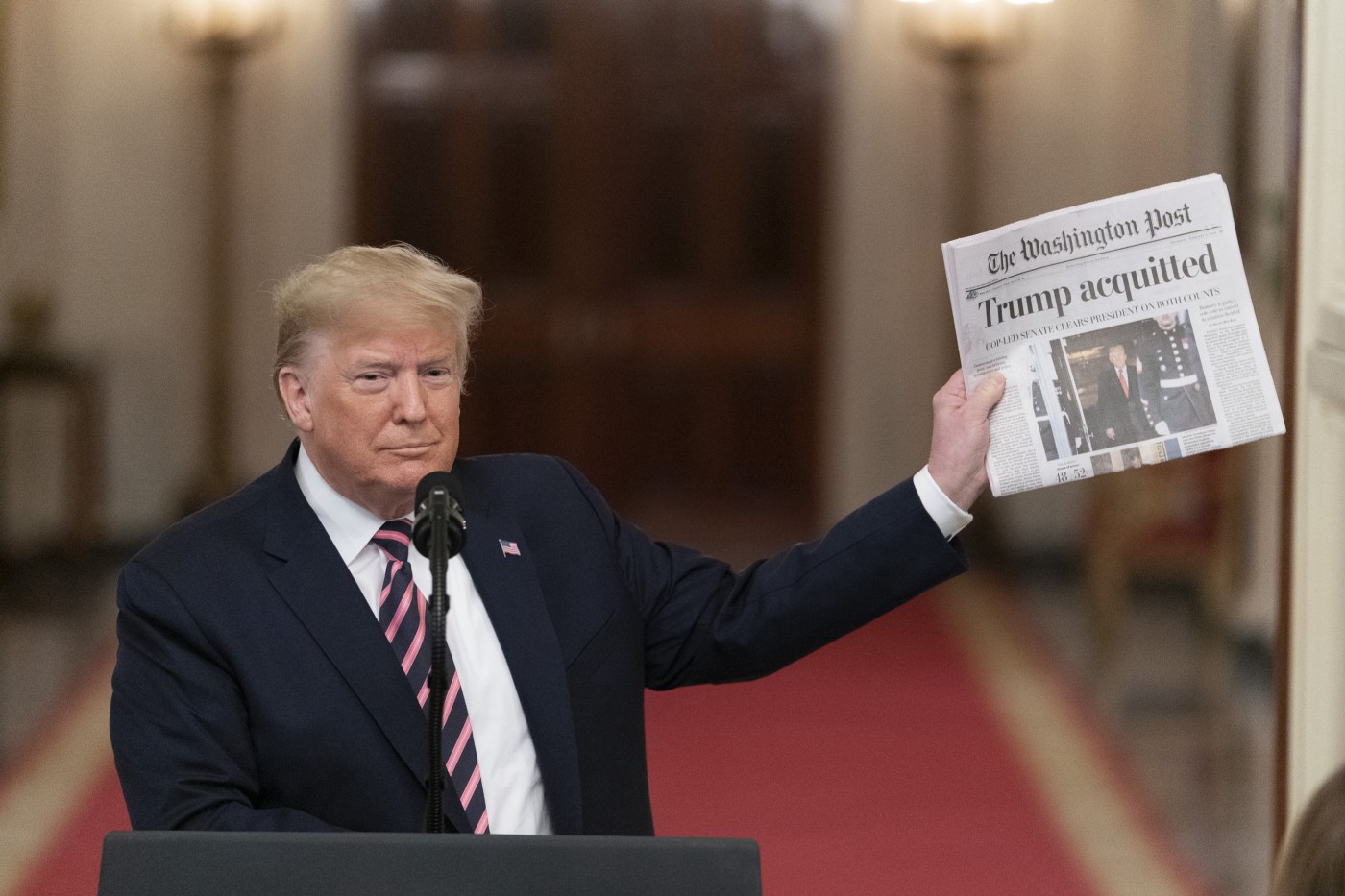 Democrats in 2020 know the mainstream press will widely publicize Democratic successes while minimizing Democratic failures. Democrats consider this their due in the age of Trump.

After all, we’re all on the same side now, right?

“What are your picks for March madness?” a breathless and fawning press once asked of then-President Barack Obama. About an upswing in drone bombings, nothing.

In the aftermath of the damning Afghanistan Papers- published by the Washington Post and detailing the extent to which the Obama administration misled the American public about failures in the region- we now know what questions the press should have been asking and wasn’t.

The inevitable conclusion of a press incurious about the failings of Democrats during and since the Obama administration is Tom Perez, embattled head of the DNC, calling for a do-over in Iowa- for all the good it is likely to do him or anyone else in the Democratic Party.

There are no re-dos in politics.

If you find yourself wanting one, you are like the person in five-card draw who asks for four new cards: No, you don’t want four cards, you want to fold. Asking for four cards gives away more about your style of play than you could ever win in a single hand, even if you luck into four drawn aces and win the hand.

Blaming the whole sorry Iowa mess on technology would be well enough if it weren’t for the fact that the Trump campaign has been developing, testing and successfully using tools like the one Democrats crash-tested in Iowa for over two-years now, and probably longer.

Why have Republicans succeeded where Democrats have so dismally failed?

Easy: Republicans can’t afford to fail and Democrats can.

If Trump’s campaign, or Republicans, had botched a primary caucus as badly as Democrats botched Iowa, there would be no mercy for them in the press. No punches would be pulled, not a single mainstream media outlet would run cover for them.

Failure was not an option. So Trump’s team painstakingly developed, beta-tested, re-tested and tested again their own software and technology, which they now own.

Why would they? Democrats know the press will cover their failures in the name of defeating Donald Trump in November.

Even though House Democrats, under the leadership of Speaker Nancy Pelosi, have left Trump in a position to hold up a Washington Post headline declaring him “ACQUITTED!”, the press is scrambling to turn it into a win for Democrats somehow.

Liberal voters can find a nice, soothing, fictionalized account of the impeachment proceedings against President Trump that casts Rep. Adam Schiff and House Speaker Nancy Pelosi walking away as winners in the affair in Vox. Or progressives could enjoy a gloomy, hyperbolic and hysterical denunciation by Paul Krugman of the New York Times called “How the Zombies Ate the Republicans’ Souls”.

Even Never Trumper Peggy Noonan, who thinks Trump is a “bad man and half-mad”, could barely condemn with faintest damnation the “unserious” Democrats this week.

In one notable exception, the New York Times has been oddly unsupportive of House Speaker Nancy Pelosi’s speech ripping performance during President Trump’s State of the Union. And when you are a Democrat who has lost the New York Times, you’re in trouble.

By most honest assessments Democrats fell hard this week, first in the Senate and then in Iowa. Even if media outlets try to spin it away, a political party unconcerned about public consequences will continue to make embarrassing and avoidable mistakes.

People are bound to notice, sooner or later.

Like the way voters have noticed the improving economy. Many have probably also noticed that most members of the mainstream press avoid drawing attention to the increasingly positive U.S. economic indicators, no matter how frequently they appear.

When publications like the Atlantic can bring themselves to admit that the U.S. economy is doing well under Trump, its writers downplay it as best they can- calling it an “financial upswing” and reminding everyone- sounding like harsh, ridiculously demanding helicopter parents- that an A is not an A+.

What Democrats in the press can’t manage to explain away about the minor financial upswing the U.S. economy is currently experiencing, they are quick to credit to former President Barack Obama.

At the same time they also wish to remind the American public that the executive branch of the U.S. government is only one of many factors that influence the economy and Trump, as the head of the executive, has very little real power over the overall U.S. economic outlook.

These are the same publications, of course, which have been routinely assuring all of us that Trump’s fiscal policies, various trade wars and general idiocy are going to crash the stock market and completely wreck the U.S. economy at any moment.

So, by that reasoning Obama had the power to positively influence the U.S. economy and did but Trump doesn’t have that power and hasn’t.

Talk about bending over backwards to condemn someone. Or commend someone? Both? It’s convoluted, fallacious reasoning and confusing which ever way you slice it

The only zombies Paul Krugman should be worried about are those in the U.S. press who insist on defending Democrats, and only Democrats, to the death while the party they are trying to “help” self-immolates.

Democrats and the DNC need competence now more than they need sycophants in the press who hate Donald Trump as much as they do. A lack of accountability is not known for producing great competence.

And if Democrats in the press still think they are helping Democrats get elected, they need to think again.