An ancient Zen story to help you manage every October surprise from now until Election Day. 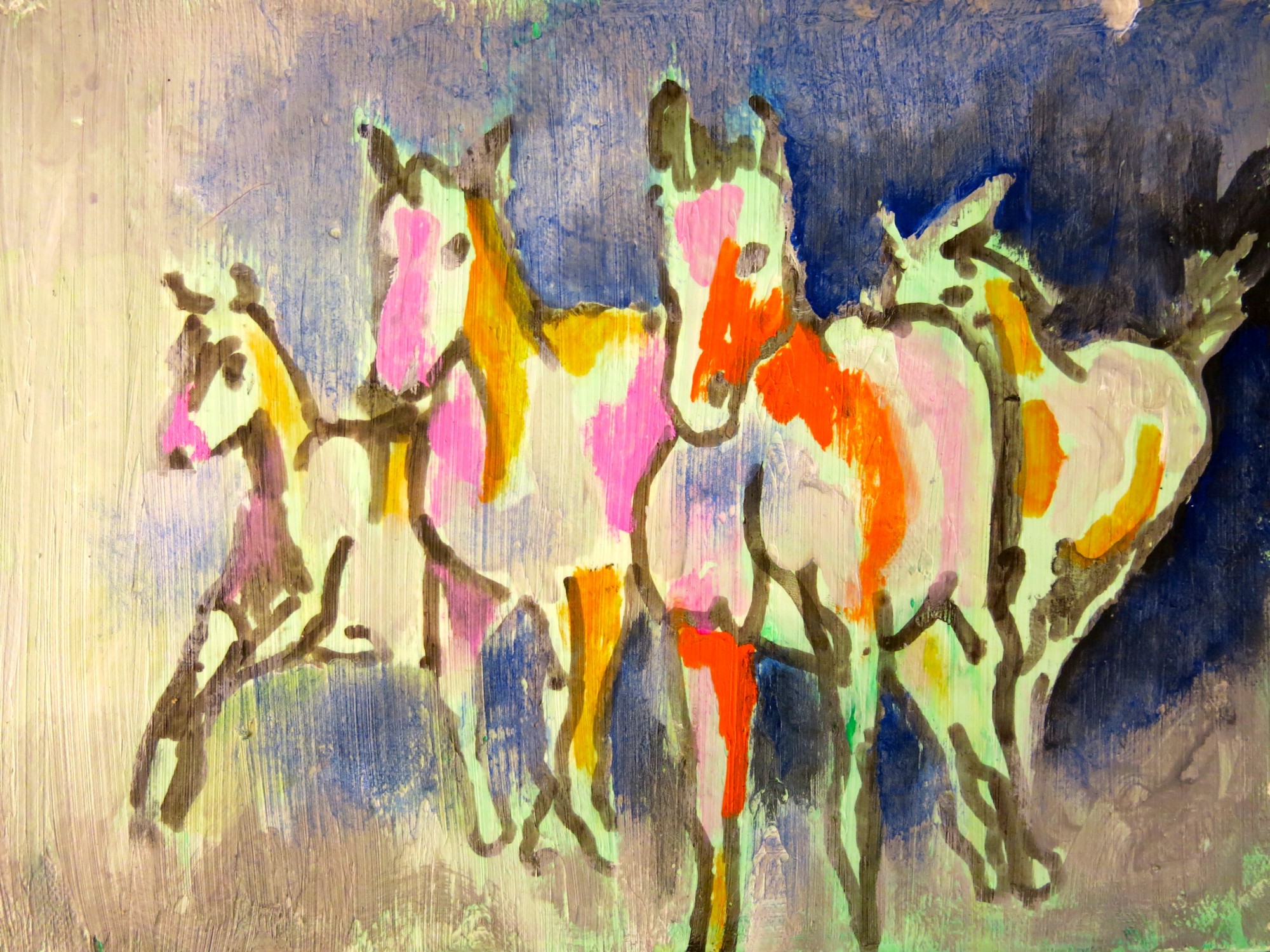 2020 has been nothing if not a spate of continuous, unprecedented and unforeseen events: A pandemic, a massive economic shutdown, months of protests against police brutality.

The President himself catching COVID-19 was an unexpected plot twist, the disaster of the first presidential debate was another one. This year, it feels as if the moment we come to grips with the latest proverbial earthquake to impact the outcome of the election, the next one is already brewing.

Part of this perspective is being influenced by the 24-hour news cycle. The prevalence of click-bait, not just in article headlines like these and these, but in entire media strategies is making it seem like the sky is falling all the time.

But part of why 2020 seems so fraught, so hectic and frenetic, is because it really has been that tumultuous. It is likely to get worse before it gets better.

How do we cope?

With Election Day looming, and all its inherent uncertainties coupled with new uncertainties this year; with the prospect of election night watch parties and gloating partisans indulging in wild conspiracy theories in an ongoing effort to stand out above the journalistic fray; with a truly breathtaking amount of money being poured into political campaigns; amid an ongoing barrage of dueling political ads- how will we maintain our sanity?

Here is an ancient Zen teaching, sometimes known as a “Koan” you might consider in the days to come.

Once upon a time, on a fine fall morning, an old farmer went out to tend his animals and crops.

At first light, the farmer was dismayed to see his fence had been crushed by a falling tree during the night. All three of the farmer’s prized horses had disappeared.

The other villagers moaned in sympathy: “Whatever will you do?” they asked the farmer. “This is terrible,” they all cried, shaking their heads sadly, “and right before harvest time, too.”

“Your harvest will rot in the field. What will your family eat this winter? How will you get your crop in without horses?” one of the villagers asked the old farmer.

“We’ll see,” was the farmer’s only reply as he returned to his chores.

Soon, the villagers were heard to express their delight at the farmer’s good fortune.

“What a wonderful thing to have happen!” the other villagers cried. “What a wealthy man you will be with this new stock of animals!”

“We’ll see,” was all the old farmer would reply.

After lunch that day, the farmer’s son was trying to break one of the wild horses to the saddle. Suddenly, the wild horse threw the son to the ground. Running to his injured son, the farmer found his son’s leg badly broken.

The neighbors were soon around to give their opinions.

“What a terrible calamity,” the villagers said. “What a disaster.”

“Now you really won’t be able to get your crop in, without a strong son to help you. He will take months to heal. Whatever will you do now?” the other villagers asked the farmer in despair.

The farmer would only shrug and say: “We’ll see.”

Later that afternoon, military officials rode into the tiny village, with a great clattering of weapons and jostling of horses. Looking grim and serious, the soldiers announced an official conscription. Every young and able man was to be drafted into service that very day.

The farmers son, having just been injured, was left behind, even as other sons and husbands were taken.

No one in the village could believe the old farmer’s good fortune. And not everyone was entirely happy about it.

“Surely the most tremendous good fortune has smiled upon you today,” the villagers grumbled. “How can anyone be so lucky?”

But the old farmer would only reply, “We’ll see.”

What do we make of a story like this?

The villagers are certainly full of opinions, sure of their own perspectives. Fools, we are told, think they know everything. The wise are full of doubt.

The neighbors are too preoccupied by how things appear as opposed to how things actually are. The villagers spend the day careening from one extreme to another, depending on the input. Stimulus and response.

The wise old farmer maintains his equanimity. Whatever happens, the way things seem from moment to moment doesn’t always reflect reality as it actually is. How an event or circumstance will play out in the larger scheme of things, no human can know until after all the information is in, whenever that may be. And probably not even then.

There are some who try to guess, try to strain each bit of data through a frame of likely scenarios until one sticks. The human imagination knows no bounds. But so far, no one, not even Nostradamus or Dionne Warwick has managed to predict the future in all of human history.

So the farmer doesn’t bother predicting the future. Instead, he remains focused on the demands of the day, the burden on every human life- even in the midst of great spiritual revelation, upheaval or despair- to chop wood, carry water.

The farmer teaches us, as Rudyard Kipling once advised, “to meet with Triumph and Disaster, and treat those two imposters just the same.”