Welcome (Back) to the Democratic Party, Andrew Yang!

Running for President is hard.

No need to ask Silicon Valley denizen and erstwhile presidential and NYC mayoral candidate Andrew Yang about his grueling campaign experiences. Yang has already written a tell-all article detailing just how strange a process he found running for high office as a Democrat.

“When I ran for office, it messed with my head,” is how Yang prefaced his harrowing tale for Politico. “We should worry about what the modern campaign process is doing to all of our leaders.”

Even being Hollywood-adjacent in the high-stakes world of Silicon Valley didn’t prepare Yang for the amount of attention lavished upon him once he threw his hat into the Democratic Party primary ring.

Nor did his previous experiences prepare him for the degree to which appearance and money- not policy goals, not platform positions, not progressive values- influence modern campaigning.

“We need to give you a different haircut,” Yang recounts his campaign manager telling him in 2019 as his campaign started to pick up steam. “And update your wardrobe.”

To which Yang, political newcomer that he was and is, replied naively; “No one cares what I look like. Bernie looks like the scientist from ‘Back to the Future.’ The point is to stand for something. People know what I stand for and don’t care about my hair.”

Yang was wrong, of course; campaigning today is about hair, clothes, personal branding, marketing and presentation; almost more than anything else.

Besides relearning how to groom himself and submitting to the tender mercies of hairdressers and tailors, Yang was shocked at how much of the job of campaigning is spent courting press attention.

He found this directly at odds with his experience as a successful CEO and company founder.

“In my experience, if you see a CEO chasing press, that person’s company is probably headed for trouble,” Yang reflected candidly. “The energy spent burnish­ing your image could almost always be better spent managing your people, ferreting out problems, clearing obstacles, honing processes, talking to customers, selecting vendors, recruiting team members and working on new initiatives.”

“In national politics, it turns out, you’re not as much the CEO as you are yourself the product,” Yang found to his obvious regret.

“Our media exposure had grown in tandem with our fundraising,” Yang related for Politico. “We had graduated from podcasts to television. At first it was political comedy shows like ‘The Daily Show’ or ‘Patriot Act with Hasan Minhaj’ or ‘Real Time with Bill Maher.’ Then it was ‘The Late Show with Stephen Colbert,’ ‘The View’ and ‘Late Night with Seth Meyers.’ Then eventually it was Ellen DeGeneres and Jimmy Kimmel.”

“Jimmy and I compared notes on playing Ted Cruz in basketball, because Ted had recently accepted a challenge from me before thinking better of it, and Kimmel had scrimmaged with him, too,” Yang wrote. “Stephen Colbert joked that I went from ‘regular guy Andrew Yang’ to ‘famous guy Andrew Yang.’”

Needless to say, though Yang himself does say it, the celebrity treatment went to his head a bit, as it might anyone’s.

“There are psychological consequences to being treated this way for months on end,” said Yang, after describing his experience of being pandered to, deferred to, feted, toasted, and elevated to celebrity status as first a Democratic contender for President then candidate for Mayor of NYC.

“It turns out power actually gives you brain damage,” Yang wrote. “This even shows up in brain scans.”

“The historian Henry Adams described power as ‘a sort of tumor that ends by killing the victim’s sympathies,’” Yang mused. “This may sound like hyperbole, but it has been borne out by years of lab and field experiments.”

“Dacher Keltner, a psychology professor at UC Berkeley, has been studying the influence of power on individuals,” Yang pointed out. “He puts people in positions of power relative to each other in different settings. He has consistently found that power, over time, makes one more impulsive, more reckless and less able to see things from others’ points of view. It also leads one to be rude, more likely to cheat on one’s spouse, less attentive to other people, and less interested in the experiences of others.”

Yang wonders if any of that sounds familiar to anyone.

Power and politics is something the writer Kurt Vonnegut speculated about many years ago: “We should look with skepticism on anyone who looks out over a group of people and thinks to themselves; ‘You know who would be great to lead all these people? Me!’”

Though Vonnegut was referring to the tendency of power to draw the corrupt, he would likely have agreed with Yang wholeheartedly about power’s ability to corrupt even the most well-meaning.

Many great public servants are just that; public servants, uninterested in ruling. They are accountants, lawyers, doctors, business owners who have left the private sector to serve in government for the betterment of all. Someone has to do it, after all, and it certainly isn’t for everyone.

But others elected to high office have sought power for the sake of it, and Yang is right to remind us all what power does to the powerful.

“On the campaign trail, I could clearly see how politicians become susceptible to growing so out of touch,” Yang observed astutely. “You spend time with dozens of people whose schedules and actions revolve around you. Everyone asks you what you think.”

The process of campaigning was so jarring in fact, and such a loaded minefield, Andrew Yang eventually became disillusioned with the Democratic Party during the course of his campaigns and has since announced his intention to form an independent third party.

It is worth considering what this other, independent party would stand for. What would be its platform goals? Values? Purpose and direction?

Yang has made no secret of his embrace of progressive aspirations towards establishing a universal public income.

Yang, as a representative of Silicon Valley, is perhaps uniquely positioned to weigh-in on the subject of universal public income. He knows better than other business owners and job creators how many jobs are likely to become automated over the next decade.

Futurists and tech experts estimate that as many of 70% of the jobs which exist today will not exist 10 years from now.

Besides UPI, there is another idea in the progressive toolbox which might appeal to Andrew Yang. Perhaps he should rethink his abandonment of the Democratic Party.

A very small percentage of Americans donate to political campaigns and causes- and it isn’t for lack of opportunity. They don’t donate because they choose not to donate; eliminating that choice isn’t likely to receive widespread support without a good deal of hard work by activists.

Is Andrew Yang such an activist?

Federally-funded political campaigns might help level the playing field. It would help more candidates, and a wider variety of candidates, enter the political sphere.

Such an expenditure almost certainly would come with a cap on political spending, and such a measure might prove more popular than progressives could possibly imagine.

It currently costs billions of dollars to become president. Such a high financial bar isn’t doing much for our choices, and the situation isn’t likely to get better unless campaign finance reform becomes a priority for our lawmakers.

Since the Citizens United ruling, campaign finance reform seems to be going in the exact opposite direction, with fundraising becoming a bigger burden on candidates than ever.

He may not agree with conservatives, but he is a liberal who has been mugged by the Democratic Primary process and the pleasures of the celebrity talk show circuit. He has left the party, and is- presumably- moving in a more conservative direction.

With the scales removed from his eyes, and a rare pragmatism at odds with the current political process, is Andrew Yang destined to become the left’s answer to Sen. Rand Paul?

“You function on appearance; appearance becomes your role,” Yang lamented about today’s Democratic Party. “Empathy becomes optional or even unhelpful. Leadership becomes the appearance of leadership.” 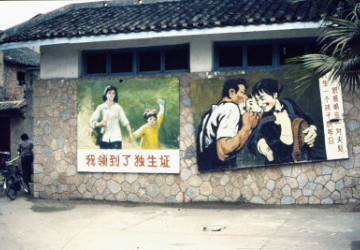 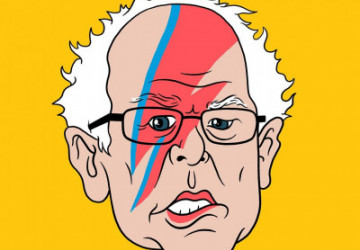 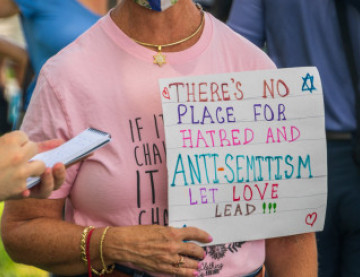