We Will Never Be Safe Again*

*Because we were never safe in the first place. 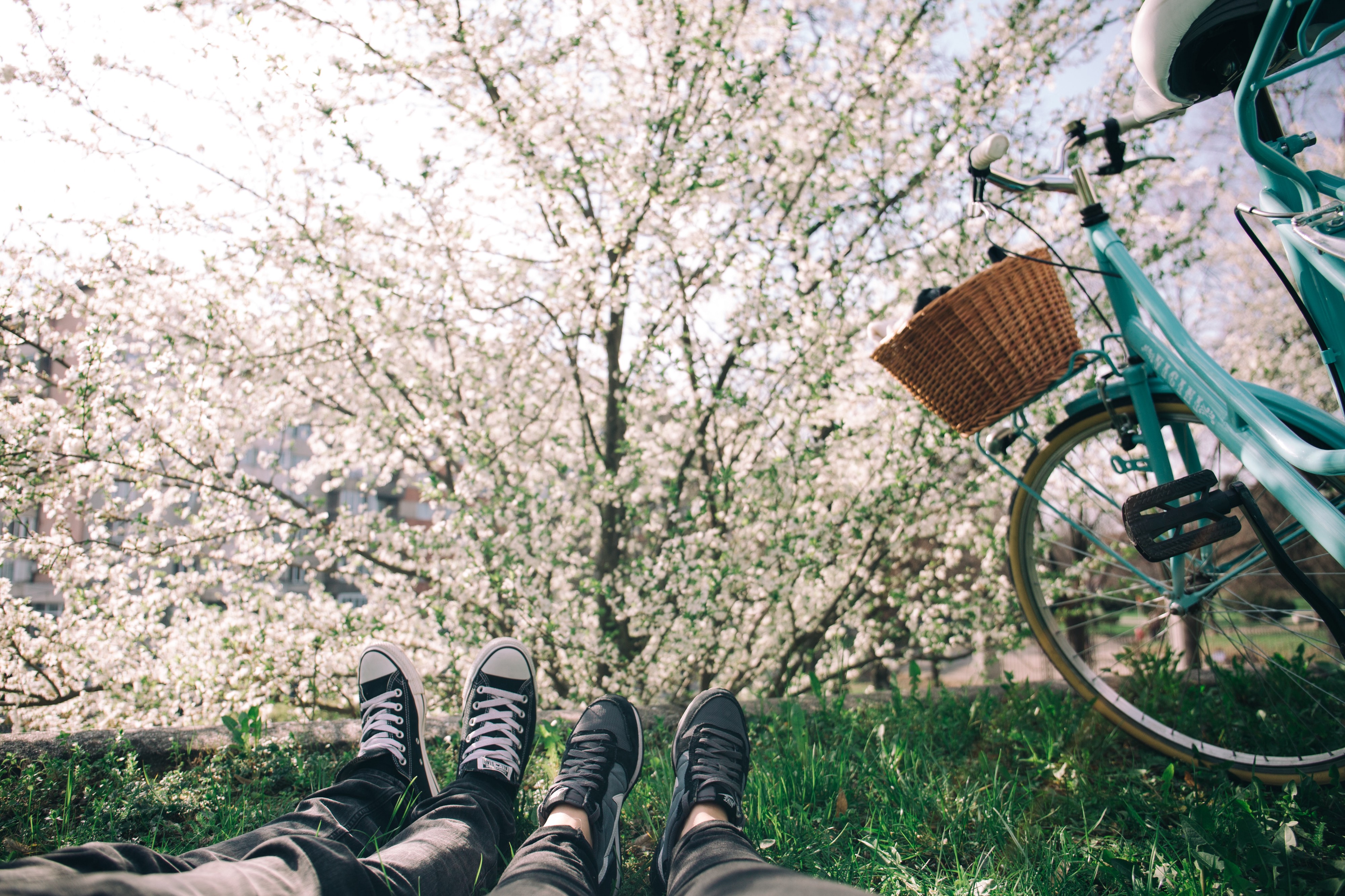 (Photo by Alisa Anton on Unsplash.)

As the weather continues to improve, and the outlook for coronavirus gradually improves, people are starting to venture out.

While most states and municipalities are relaxing restrictions on public activities and slowly opening up again, it is clear that it might be awhile before things truly return to normal.

If indeed they ever do: “Will We Ever Be Safe Inside Again?” wails the Atlantic. “Social distancing is not enough.”

During the great coronavirus pandemic of 2019/2020, more people seem to have woken up to the inevitable microscopic realities of interacting with other human beings, living creatures, and with the world in general.

A generation of the newly germ-aware have suddenly sprung, fully formed into life.

Yet humankind has successfully flourished- somehow- in spite of living in personal contact with an infinite host of terrifying maladies, some of which make Covid-19 look like a mild case of seasonal allergies.

Ebola Zaire, the most deadly form of Ebola, has a 60%- 90% mortality rate. No need to split statistical hairs there; no decimal place to confuse; no comparison whatsoever to the seasonal flu. People who succumb to Ebola Zaire bleed internally as their internal organs liquify until they die.

Fortunately for humanity, that strain of EVD kills too fast to spread. Outbreaks of it in Africa have- so far- been contained, but there is no cure.

To say nothing of the some of the major diseases of human history: Polio, smallpox, the bubonic plague, scarlet fever killed young and old alike, struck down healthy people in their prime. Some of these blights on humanity killed hundreds of millions. After Europeans made first contact with the Americas they killed millions more.

The Atlantic is absolutely right: You were never safe inside, nor outside; so no, you won’t ever be again. And, no- social distancing certainly isn’t enough.

Unless you are willing to live in a sterilized bubble, refrain from directly interacting with other human beings, and stop coming into contact with animal-sourced products, you will likely be exposed to all kinds of diseases, viruses, pathogens, food-borne pathogens, asthma and heaven only knows what else.

If you’ve ever had a cold, a stomach bug, food poisoning, the flu, an infection, you already understand the implications.

Wait until the writers of the Atlantic find out about our sense of smell and the true material nature of “smells”.

“Smells”- from the pleasing aroma emitted by such things as freshly baked bread and newly mown grass, to less lovely scents- are particulate-based.

Which means what your brain processes as a “smell” involves the inhalation of microscopic particles of whatever it is you are smelling. Into your nasal cavity these tiny bits travel; or into your mouth, if you should happen to be breathing through that apparatus.

Anytime the aroma of some stranger’s terrible body odor assails your nostrils, those particles have come into contact with your mucous membranes.

What do most of us do with this terrible news?

What we have always done, of course. What we instinctually do, honed through a million years of human evolution to protect ourselves: We obey our survival instinct- our senses.

If a filet of fish smells funny, best not to eat it. If a mayonnaise-based salad at an open-air picnic on a hot day beckons, run. Our sense of self-preservation is well-served by our “gut” level reaction of revulsion to things we find “gross.”

Our survival instinct automatically tells us that if this person is unwashed, they are more likely to be neglecting their health- and thus more likely to be ill. To avoid getting sick ourselves, to avoid coming into contact with dangerous and possibly infectious particulate, we avoid the company of people with poor personal hygiene like the plague- quite literally.

If we do come into contact with such a person in a confined space, on public transportation or in an elevator, we naturally react to put as much distance between ourselves and the offender as possible, we cover our mouth and nose to avoid breathing in the particulate.

Confronting this person for their effrontery in impinging upon your delicate sensibilities is unwise, of course: The person might be homeless, suffering from mental illness or a drug addiction.

You can avoid this person; but you can’t protect yourself from them. Sadly, the likelihood that you will never again be assailed by the unpleasant body aroma of a sweaty jogger- as we head into the summer months- is a number as close to zero as to make no matter.

By all means, take all due consideration to protect yourself and your family as you venture out into our new world avec coronavirus. But don’t think you can protect yourself completely from exposure to disease and illness.

No population of human beings has managed this in 200,000 years of anatomical modernity.

The good news is that humans beings are better than we have ever been at protecting ourselves from diseases. While human knowledge of medicine, virology and pathology is by no means complete, we are light-years from our ancestors in terms of understanding.

Scientists, doctors and public health officials know a great deal more today about how diseases and pathogens are transmitted and spread through a population than at any point in the past.

We also have a greater understanding of hygiene. Knowing how diseases are spread- primarily through mucus membranes, though not always- we can take proactive steps to protect ourselves- like frequent hand-washing and avoiding touching our faces.

Modern conveniences and contrivances have also played a role in our relative safety in today’s developed world.

Want to see a miracle?

Go to your kitchen, get a drinking glass, turn on your tap, fill the glass, and take a sip. That glass of abundant, safe, clean, potable water is a product of ten thousand years of human ingenuity. We take it for granted, but it is a luxury that is not afforded to everyone on earth.

Not having to be responsible for disposing of our own waste is another such luxury of cleanliness. Every ounce of your wastewater is whisked away immediately to a water treatment plant like magic. Someone picks up your garbage; someone sweeps your streets.

Your food is refrigerated to prevent spoilage; cooking methods are plentiful and dependable. Even your dishwasher is a miraculous modern invention that likely prevents thousands of cases of food poisoning a year.

If you do happen to get sick, modern medicine is a wonder.

Only a scant few generations ago in the 17th century, if you were wounded by a sword, a well-qualified physician would have applied “weapon salve”.

Not to your wound- but to the sword that wounded you.

One particularly wonderful day for humanity in 1846, modern surgical anesthesiology was invented. Prior to that, well…best not to think of it.

Besides benefitting from all this improved medical and scientific knowledge, we will also be returning to a public sphere far more concerned about cleanliness and the potential for illness transmission. If there’s one thing we humans have perfected, it’s shutting the barn door after the cows get out.

Our malls, shops, subway cars, restaurants, movie theaters, public restrooms, and grocery stores are probably cleaner now than they have ever been. Deep, industrial cleaning companies- the kinds that heretofore have been in the business of industrial and crime-scene clean up- are busier than they have ever been; disinfecting store surfaces and display cases from here to breakfast.

Even better, most of our fellow humans will be practicing safer personal hygiene, just like us.

There are, of course, always a few strange souls who don’t seem to share our common interest in survival. They drink and drive, don’t wash their hands, commit violent crimes, engage in self-harming behaviors.

Because of them, and for a million other reasons, we will never be safe.

Thousands of generations of human beings have braved these myriad dangers- and worse- anyway. We too must face them; bravely, sensibly and together.