We Need an All-Powerful Global Government to Tackle Climate Change

Since we’ll never get one, the Biden Administration’s global minimum corporate tax rate may be the next best thing. 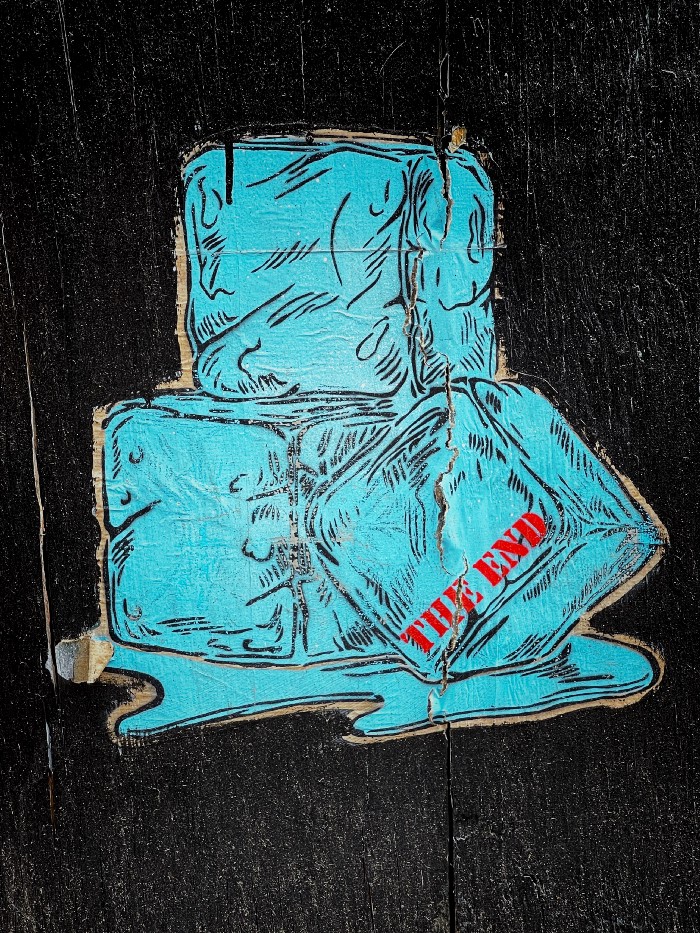 Climate Change, nee Global Warming, is a multifaceted, complex problem even environmental scientists don’t fully understand. Exactly what is happening, and why it is happening, what is going to happen in the future, and how soon; who is responsible for it, how to fix it; all difficult questions.

The “Science is settled!” folks don’t like these questions. Allowing that science doesn’t have all the answers, they argue, will undermine the science and give people an excuse to do nothing in response to environmental devastation about to cause a global collapse.

First of all, people don’t need an excuse to do nothing in response to Climate Change, acid rain, nuclear weapon proliferation, the hole in the ozone layer or anything else that routinely threatens life on this planet.

Even card-carrying liberal progressives are still eating meat, using petroleum, and buying single-use plastics every single day- even as they rail against the companies who make these products.

Secondly, all the science around Climate Change isn’t settled; few things in science ever are. Computerized climate models are highly unreliable, for instance. The efficacy of carbon-offset credits- something that will allow those who can afford it to continue to pollute at will while the proles eschew air travel and bike to work- has hardly been proven.

There is also plenty of disagreement about what laws and regulations might help stem the tide of Climate Change.

Regulations and regulatory bodies can certainly be an excellent tool when it comes to cleaning up our act on a society-level scale.

In the post-industrial, pre-regulatory United States, major waterways flowed with filth unimaginable. Without laws to prevent them, companies poured, dumped, pumped and ditched all manner of trash, leavings, offal, and industrial waste wherever and whenever they pleased. Farmland runoff included toxic insecticides long since outlawed in the modern age.

We have environmental regulations today for the same reason we have child labor laws; because we must.

If companies, and the people who run them, could be universally counted upon to act as good stewards of the earth, or not send little kids down into mine shafts, we wouldn’t need such laws.

But of course they can’t.

Which is why, and how, when the U.S. started ratcheting up environmental protection within its borders, some American corporations elected to move their factory, mining, farming, or industrial operations elsewhere.

To places with fewer environmental standards and lower labor standards some of our most beloved American companies went, parlaying cheaper production costs into a great deal of money for corporate heads, shareholders, financiers, and lawyers to fight over.

The net benefit to Mother Earth of these U.S. environmental regulations, inadequate as they are, wasn’t great. Companies didn’t clean up their acts; they moved so they wouldn’t have to. We are, if prevailing wisdom is correct, in worse shape than ever.

It really wasn’t fair. The purpose of U.S. environmental laws, and the environmental standards of other wealthy nations, wasn’t to push polluters to other countries without the wealth, or working government, to prevent environmental devastation.

The purpose was to clean up their corporate acts.

Only it didn’t work.

Climate Change may be a multifaceted, complex problem difficult for many people to fully grasp. Constant climate change alarmism, as Arnold Schwarzenegger recently reminded us, leaves most people apathetic and tuned-out.

Loss of animal habitat; deforestation: By comparison, these are much more straightforward problems environmentalists and conservationists have been grappling with for 100 years. There are important lessons here.

One thing scientists and government liaisons have discovered when tackling deforestation is that often, the ancient old-growth forest, or vital rainforest habitat, or coral reef, or wetland, extended well past the borders of one country and into others.

Environmentalists would succeed in passing laws in one country protecting the habitat, preserving the national trust for the people of that country, rather than foreign companies trying to exploit it; only for the unscrupulous mining, logging, or drilling company to go right over the border.

In the neighboring country, where the people are a bit poorer, government officials a bit more amenable, these companies go right back to work cutting down thousand-year old trees, destroying wetlands, strip mining, polluting rivers and coastal areas as they please.

To really save Mother Nature, we need a centralized world government who can protect natural areas, without regard for borders or sovereign governments.

Only, of course, that would never, ever work.

First of all, what nations would agree to subject themselves to such a governing body? Which voters would prefer a global authority had the power to override them? Which nation’s leaders would like to share power, and extend ultimate authority, to a higher governing body?

Very few, if any; it doesn’t matter how much they claim to care about the environment.

The E.U.’s recent COVID-19 response, in particular its early abandonment of hard-hit Italy and vaccine hoarding, didn’t do much for faith in a centralized government. When the chips were down, it was every country for themselves.

And if we can’t even slow down deforestation, let alone stop it, what hope can we possibly have of tackling a far bigger, more complex problem that encompasses deforestation and much more?

Three things will help, and none of them requires an all-powerful, centralized global authority. Which is lucky, because we won’t have one.

Whatever we do, each nation and collectively, is going to require the consent and cooperation of the governed.

Climate-extinction alarmists may argue that we don’t have time for everyone to have their own opinions on Climate Change.

That sounds nice, but whether we have time for them or not, everyone is entitled their own opinions about everything, especially in democracies. That environmental justice advocates have their work cut out for them doesn’t magically eliminate the natural human tendency to think for ourselves, or at least try to.

Even among those who agree that Climate Change is real, and devastating, scientific and expert opinions differ on how best to mitigate these problems, how much time we have, and other matters.

Henry Ford wasn’t trying to save horses when he invented the automobile; but he did. Henry Ford arguably did more for animal welfare in America than the top 10 ten animal rights activists put together.

Ford didn't invent the car to save horses; he did it to get rich and because he could.

The scientist in Israel, or the U.S., or in Japan, or the U.A.E. who invents a bacteria that transforms plastic into purest sunshine; the one who transforms seawater into drinking water might not do so to save humanity, either.

But as long as there is a market for it- that is clean energy, renewable building materials, a cheaper way to recycle glass- the best minds in the world will be working on it.

Cash rules everything around me: We need a way to pay for all this. Corporations will need to do more than move their operations around to take advantage of the most lax environmental, tax, labor and regulatory laws.

U.S. corporations have grown very wealthy playing this shell game, while the U.S. middle and working class has continued to flounder and developing nations still languish in poverty.

Economic refugees, from many of the countries U.S. companies have been exploiting in the decades since NAFTA was passed, are still flooding the U.S. border day after day by the thousands.

This is not because the erstwhile corporate vision of “globalization” has been a success in terms of making the world a better place. As long as U.S. and other world corporations can engage in tax and environmental regulation avoidance, they will.

Which is why the Biden Administration’s plan to push a 15% global minimum corporate tax is genius. Not only would it help solve the problem of tax avoidance and predatory exploitation of developing nations, 100 other countries have already signed on to it- including China and India.