The WHO has been waiting a year for China to grant WHO scientists access to Wuhan. They are still waiting. 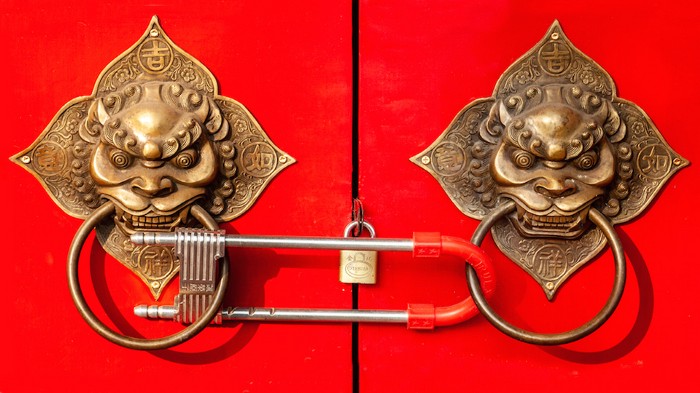 As the U.S. and the world continues to grapple with COVID-19, the attention of the worldwide scientific community has increasingly turned toward the origins of 2020’s terrible pandemic.

As the virus has now likely mutated, this mission has a new sense of urgency. The need to find the origins of this novel coronavirus has become less about finger pointing and more about the race to save lives. Unfortunately, in politics, fact-finding and finger pointing are often the same thing; difficult to do one without the other.

In disentangling the two, media outlets, including the Washington Post are grappling with a conflicting sets of facts.

On one hand, mainstream media outlets have been dismissing for months the possibility that COVID-19 originated, not from a wet market in Wuhan, but from a nearby virology lab, as a conspiracy theory.

On the other hand, JAPANForward reported in March what has been an open secret in the national security community for years: “Biological Weapons the Focus of China’s Military Research in the Last 20 Years.”

To say nothing of U.S. State Department cables sent in 2018 which warned that safety and security at the Wuhan lab in particular was lacking.

On one hand, officials at the WHO have lavishly praised China’s response to the coronavirus. WHO officials have defended China from critics in the scientific community. On the other hand, the WHO team of scientists tasked to study to origins of the virus has been denied access to Wuhan.

On one hand, the “WHO found no evidence coronavirus started in a lab”. On the other, WHO scientists still haven’t been allowed into China to look.

According to China, there is no evidence COVID-19 started in a Wuhan laboratory. However, China’s trustworthiness is cast into doubt by the fact that Chinese Communist Party officials also still insist that the novel coronavirus originated somewhere other than Wuhan, while continuing to stonewall the international scientific community.

Deputy National Security Adviser Matthew Pottinger recently claimed the administration has a “growing body of evidence” to support the theory that coronavirus leaked from a Chinese government-run lab in Wuhan.

“There is a growing body of evidence to say that a laboratory leak or accident is very much a credible possibility,” Pottinger said during a recent call with British lawmakers. “Even establishment figures in Beijing have openly dismissed the wet market story.”

Several U.S. media outlets are now suggesting there is a possibility coronavirus originated from the Wuhan Institute of Virology in a lab accident.

Prior to these “new revelations” from the media, journalists and politicians insisted that the possibility COVID came from the Wuhan Institute of Virology was a dangerous conspiracy theory.

When Republican Sen. Tom Cotton suggested the coronavirus outbreak may have originated from a laboratory in Wuhan, he was criticized, mocked and labeled a conspiracy theorist by politicians and journalists.

Feb. 16, Sen. Cotton told Fox Business’ Maria Bartiromo that, “We don’t know where it originated, and we have to get to the bottom of that.”

“We also know that a few miles away from that food market is China’s only biosafety level 4 super-laboratory that researches human infectious diseases,” he continued. “Now, we don’t have evidence that this disease originated there, but because of China’s duplicity and dishonesty from the beginning, we need to at least ask the question to see what the evidence says.”

But it looks like Cotton may have been correct, and the “experts” in the media who once labeled him a conspiracy theorist now admit the likelihood that the virus originated from a lab.

In February, The Washington Post reported that Sen. “Tom Cotton keeps repeating a coronavirus conspiracy theory that was already debunked,” in regards to Cotton suggesting we should be asking Chinese authorities about the COVID lab-accident theory.

The article stated that, “Cotton acknowledged there is no evidence that the disease originated at the lab. Instead, he suggested it’s necessary to ask Chinese authorities about the possibility, fanning the embers of a conspiracy theory that has been repeatedly debunked by experts.”

Now, the editorial board of the Washington Post has joined Cotton in “fanning the embers of a conspiracy theory” suggesting that “we can’t discover the pandemic’s origins if China’s thought police keep watching scientists”.

The Washington Post’s new attitude is that “the possibility of a laboratory accident or inadvertent leak having caused the coronavirus outbreak must not be ignored. The genetic makeup of the coronavirus is similar to a variant found in bats. Research into bat coronaviruses was being conducted by the Wuhan Institute of Virology, which collected samples from a mine in Yunnan province in 2012 and 2013.”

The media’s sudden interest in the origins of the coronavirus theory they once labeled as a “fringe conspiracy” is welcome, though the timing is interesting. China’s strange attitude, that there is nothing to see in Wuhan but no one is allowed to look, is finally facing some of the scrutiny it deserves.