Wake Me When It’s Over

The prevalent voter attitude towards impeachment is meh. 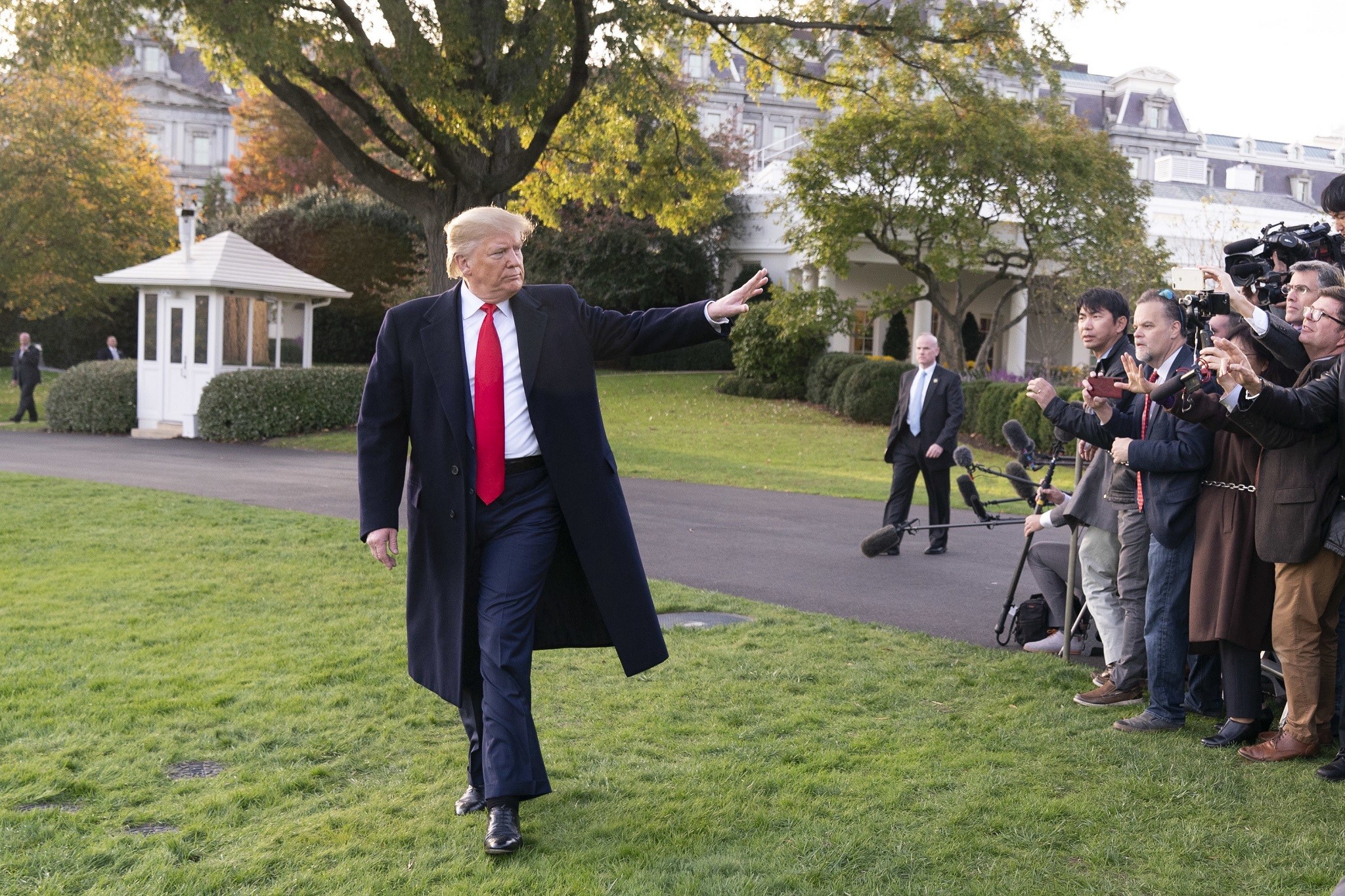 President Donald J. Trump waves after talking with reporters on the South Lawn of the White House Monday, Nov. 4, 2019, and walks to board Marine One to begin his trip to Kentucky. (Official White House Photo by Joyce N. Boghosian)

I’m Sorry, Is Impeachment Not Entertaining Enough For You?

For America, the answer to this scolding question seems to be *yawn*.

320 million U.S. households have a television. But fewer than 13 million viewers tuned into the latest Trump impeachment hearings. That number is now dwindling rapidly as the days go by and no smoking guns emerge to drastically swing the public opinion pendulum towards impeachment.

Voters can’t help it. “‘No One Believes Anything’: Americans are worn out and America is tuning out the noxious, unremitting fog of political news.

In worse news for Democrats, many voters are coming to view the proceedings as just the next episode in The Take Down Trump Project. Which seems to be the only project Democrats are willing to engage in these days, and the only thing on which they can agree.

The chances of a successful, bi-partisan impeachment hearing that results in the removal of Donald Trump from office by the Republican-led U.S. Senate are also dwindling by the day.

But if a tree falls in the woods and no one is around to hear it, does it even make a sound?

Democrats can continue with the process of a House impeachment as long as they’d like, obviously. Brad Parscale, who is President Trump’s campaign manager and the man who plans to get Donald Trump reelected in 2020, would certainly prefer that Democrats do exactly that.

Impeachment has been an unprecedentedly good moneymaker for the Trump campaign, which has seen several days hit fundraising numbers well over $3,000,000 per day since impeachment began- again- in earnest.

Much of the Trump campaign’s newfound wealth has been in small donor donations. This shows that Trump voters and would-be voters are eager to express their displeasure with the “Do Nothing Democrats”, as Trump has dubbed them.

Of the people who are paying attention to the hearings, a profound sense of “Is this all the Democrats have?” is beginning to emerge on both sides of the aisle. There is a growing understanding that if nothing staggering emerges, nothing will come of this latest Democratic gambit against Trump.

Democratic voters anxious to see the back of the Donald Trump administration are, of course, hoping House Democrats have an ace tucked away somewhere. Because unless there is a bombshell witness that House Dems have been slow-rolling, it is difficult to imagine how much longer these convoluted hearings can continue.

The only thing that has been established with any certainty is that Democrats hate Donald Trump with the fire of a thousand suns and he hates them back.

The people who voted for Trump in 2016, and the people who intend to do so in 2020- the people who love Trump, still love him. At this point, there is little any Democrat currently running for president could do to sway them in their sincere conviction that Trump is doing a wonderful job as President.

One year out from Election Day 2020, and certain polls are making establishment Democrats very nervous. It spite of the media’s impeachment blitz, and the many scoldings of the public for ignoring the impeachment hearings, impeachment has thus far failed to make a dent in Donlad Trump.

On the contrary. His approval ratings have gone up since impeachment started and are today higher than former President Barack Obama’s were eight years ago.

The public’s growing distrust in the media, especially in wake of the Mueller Report, is likely partially to blame for the average voter tuning out the newest impeachment scandal. The lack of anything actionable on Trump in the Mueller Report reflected badly on a media which had been chorusing constantly that the walls were closing in on Donlad Trump for three years.

The media is now getting it’s comeuppance as layoffs, cut-backs and downsizing continues to hit liberal news outlets especially hard. That the now out of work journalists mad about being encouraged to “learn to code,” on social media still think these lay-offs occurred because people won’t support independent journalism is a perfect illustration of how far out of touch with reality they are.

Which obviously isn’t something everyone wants in a news organization.

The latest transparent efforts to gin up support for the Democrat’s efforts to oust Donald Trump are likely to fail in a similar fashion.

As, yet again, Democrats just don’t seem to have the goods on Donlad Trump.

About the only thing that could compel people to watch the impeachment hearings at this point would be President Donald Trump taking the stand in his own defense.

Now that would be a circus no one would have to beg anyone to watch.