The backlash against Antifa violence will be a stampede to the law and order promises of the right. 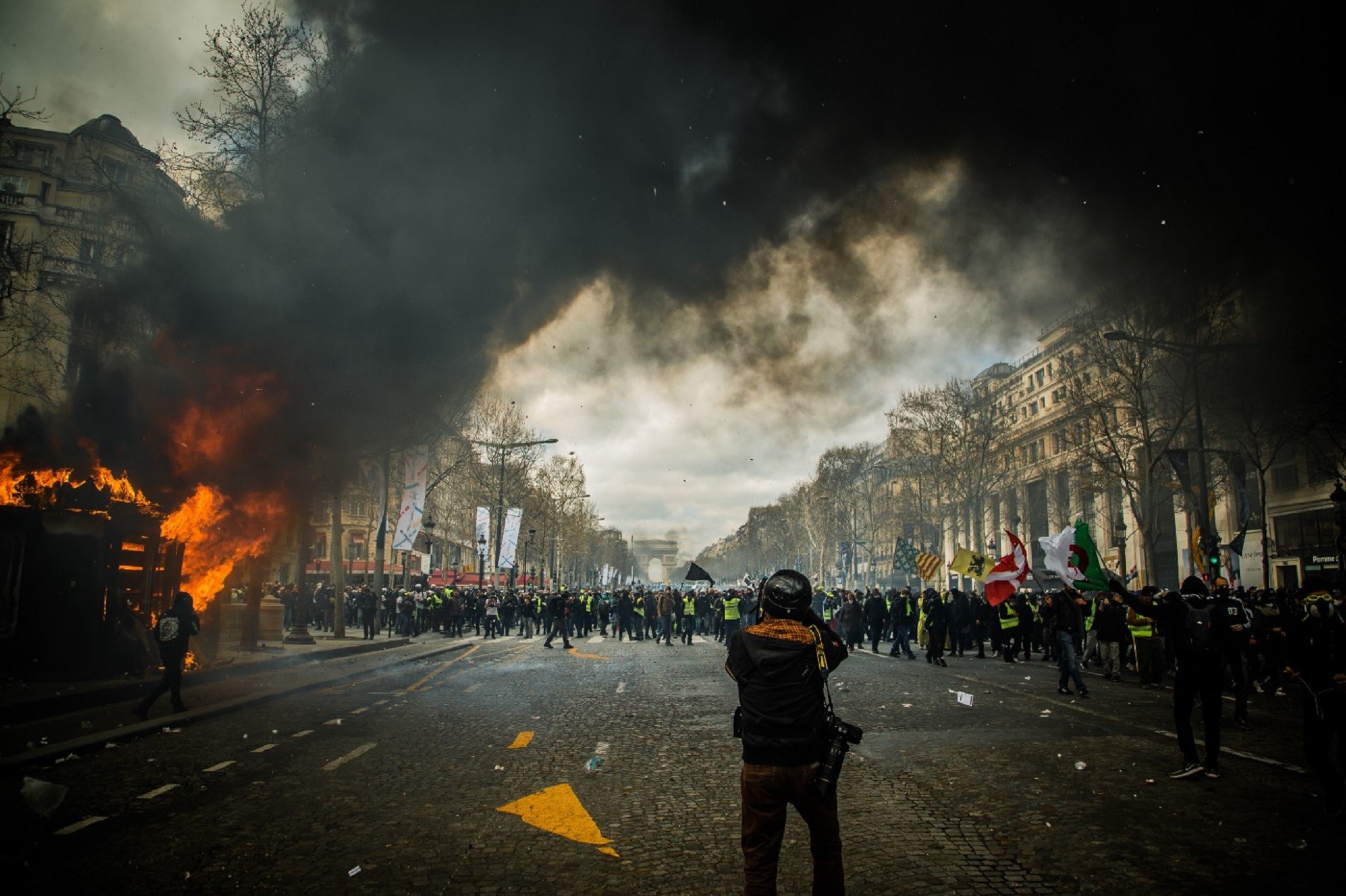 Photo by Randy Colas on Unsplash

Do some people just deserve to be hit?

The belief that violence is justified against certain people is certainly an old one. As in, dawn of humanity old.

There have always been people willing to argue that violence is sometimes justified, but only against certain people and with good reason. Unfortunately, our modern world is no exception.

Any hopes that the next generation might somehow notice how violence has never solved the problems of violence in society is quickly fading, as young students on college campuses around the country don black masks, brandish weapons, and form mobs to physically intimidate and assault people with whom they disagree on principle.

That is, when they can find them.

“Hate speech” as they define it, these deeply misguided activists insist, is violence. And violence must be met with same. Their justification includes the usual: I have the right to physically assault people who, in my opinion, deserve it.

What astute students of history should know, is that violence is no cure for violence. If violence could have cured the world’s ills, it would have done so by now. Dear Antifa, it’s been tried.

Unfortunately for those on the U.S. progressive left indulging in temper tantrums of violence, including the the attack on an ICE facility in over the weekend by a self-professed anti-fascist:

“Good!” — U.S. President Richard Nixon, on the news that violence was expected to erupt during college campus demonstrations.

Lighting garbage cans on fire, breaking a window, or embarrassing someone in public by throwing a milkshake on them, will make no difference whatsoever to the cause you claim to care about.

The public’s answer to increased violence from so-called activists on the left will be a veritable stampede to the law-and-order policies of the right.

There is only one logical reason to engage in tactics of violence against an enemy so militarily superior to you, like the U.S. government: Trying to provoke an armed response by authorities that will, you hope, result in enough injuries, mayhem, loss of life, and bloody aftermath on the news, that it will inspire sympathy for your cause.

Throughout history, sometimes violence is the answer; sometimes it works, or seems to work in the short term. Sometimes a violent uprising delivers to society the exact thing they claim to want, be it self-government or the head of the hated aristos.

Historians have since noted that the biggest problem with the French Revolution, was that there was no one better to replace the deposed French Aristocracy. People who believed in communism and socialism were singing a different tune from the same boat in Russia after the Czar and his entire family were murdered by Bolshevik revolutionaries.

The Bolsheviks, like the French Proletariat, blew it. Taking power using violence didn’t qualify them to wield it; achieving their true aims through violence just wasn’t possible.

Of the four major types of gun violence in America- suicide, urban gun violence, domestic violence, and mass shootings- suicide claims the most lives by far.

On the other hand, according to a recent groundbreaking book on ending gun violence in America by Thomas Adp, Bleeding Out, most urban gun violence happens in only 1200 neighborhoods across the U.S., perpetrated by 1.5% of the population.

In Oakland, California, officials narrowed likely perpetrators down to just 400 people. Not only is this a masterstroke of data analytics, it reveals something very encouraging about urban gun violence in our society; it can be managed.

Mass shootings account for an even smaller percentage of deaths annually, and an even tinier group of perpetrators.

Hate crimes are also shockingly low for such a well-integrated country; well-integrated compared to countries like France, which have made very little effort to assimilate recent immigrants into the native-born population at large. In many European countries, immigrants have their own areas and seldom the twain shall meet.

We first and second generation immigrants to the U.S. are everywhere; in every walk of life, in every industry, in every city in America.

In an integrated country with generous immigration laws, like the U.S., boasting a population of well over 330 million people, only 15 people were murdered last year in hate crimes. Which is terrible for the victims, their families, and communities; but is unquestionably the work of a very, very tiny percentage of perpetrators.

Of the rest of the total 8,437 reported hate crime offenses in 2017, according to the FBI; 27.6% were vandalism, 27.1% were intimidation, 20.7% were simple assault, 11.7% aggravated assault. Upon close inspection, the picture of hate crimes in America reveals more than a few surprises; like the fact that Jewish people are the most likely religious group to face a hate crime in the U.S.

It also reveals how well the rest of us are doing. And how little cause there is for retaliatory violence, from Antifa or anyone.