Over the past three years, the Trump administration has been taking extraordinary measures to stop human trafficking. 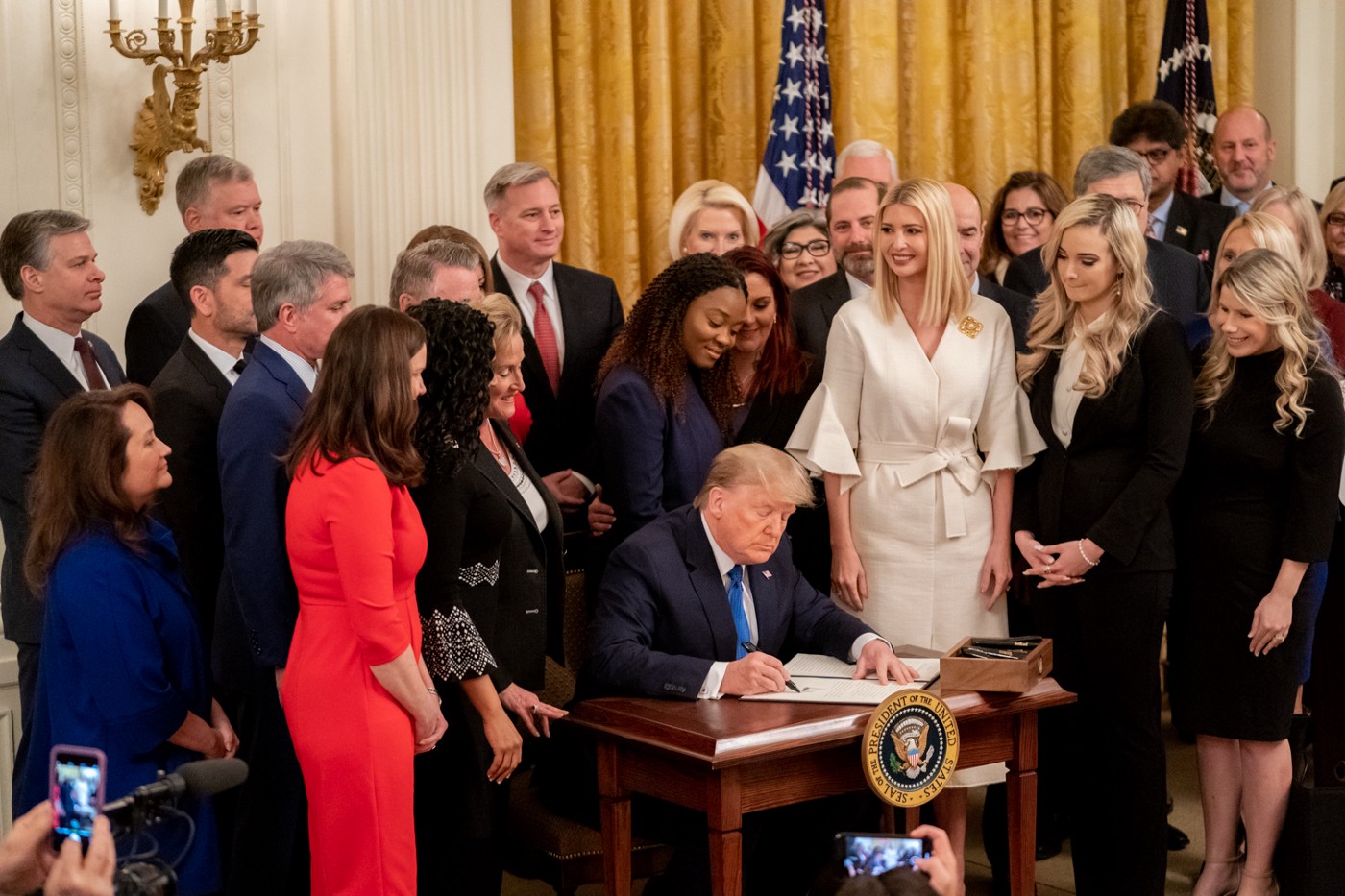 The progressive movement to abolish U.S. Immigration and Customs Enforcement (ICE) did not appear out thin air. The movement, and the recent protests which have accompanied it, intensified and entered the mainstream after controversy arose over the Trump administration’s family separation policy.

Progressives specifically advocating for the dismantling of ICE are concerned with possible human rights abuses which may have occurred with children and families at the border. For a group that emphasizes the search for missing children, however, they have been largely silent about the Trump administration’s efforts to recover missing and exploited children and address the human trafficking crisis at the U.S. Southern border.

President Donald Trump and his administration have taken a fierce and bold approach in the fight against human trafficking. Since taking office, Trump has signed nearly ten pieces of bipartisan legislation to combat human trafficking domestically and internationally.

The second order on “Combating Human Trafficking and Online Child Exploitation in the United States” aims to reduce online child trafficking and sexual exploitation in the United States, creating the first-ever White House employee position focused solely on fighting human trafficking. It was signed Jan. 31, 2020, the same day the president recognized the 20th anniversary of the Trafficking Victims Protection Act. Trump said his “administration is 100% committed to eradicating human trafficking from the earth.”

“In 2018 alone, the National Human Trafficking Hotline identified over 23,000 human trafficking victims in the United States,” President Trump later added. “Sixty-five percent of these victims were women. More than one in five were children. Human traffickers prey on their most vulnerable citizens and people. They’re vicious. They’re violent.”

On December 29, 2017, the Trump administration designated January 2018 as the start of National Slavery & Human Trafficking Awareness Month, to bring awareness to the issue of Human Trafficking.

“During National Slavery and Human Trafficking Prevention Month, we recommit ourselves to eradicating the evil of enslavement,” Trump said. “Human trafficking is a modern form of the oldest and most barbaric type of exploitation. It has no place in our world.”

On January 8 2019, the President signed into law the Frederick Douglass Trafficking Victims Prevention and Protection Reauthorization Act of 2018 (HR.2200), which contains several new provisions that improve the federal government’s ability to combat human trafficking, including authorizing $430 million to fight sex and labor trafficking. The next day, President Trump signed the Trafficking Victims Protection Reauthorization Act (S. 1862), tightening criteria for whether other countries are meeting standards for eliminating trafficking.

According to the Department of Transportation’s Advisory Committee of Human Trafficking, human trafficking, which involves the use of force to obtain labor or a commercial sex act, exploits about 25 million people per year worldwide. Many of the victims are vulnerable women and children.

The President’s Interagency Task Force to Monitor and Combat Trafficking in Persons consists of 20 agencies working across the United States Government to prosecute traffickers, protect victims, and prevent these crimes before they take place.

“Over the first 18 months of his presidency, there was a 743% increase in the arrest of traffickers over the first two years of the Obama administration,” reported the Daily Wire.

So why didn’t the press didn’t the press ask questions, and why haven’t they taken more action to spread awareness on the scope of this issue? Why isn’t the “Abolish Ice” movement, which focuses on the exploitation of children at the border, concerned about the child victims of human trafficking?

Most Americans, regardless of political party, care about the exploitation of children. The media should be reporting on these issues and raising awareness on the issue of child exploitation and human trafficking.