A top Maduro official defects to the U.S. and starts spilling: “What’s going on in Venezuela? Well, it’s being destroyed.” 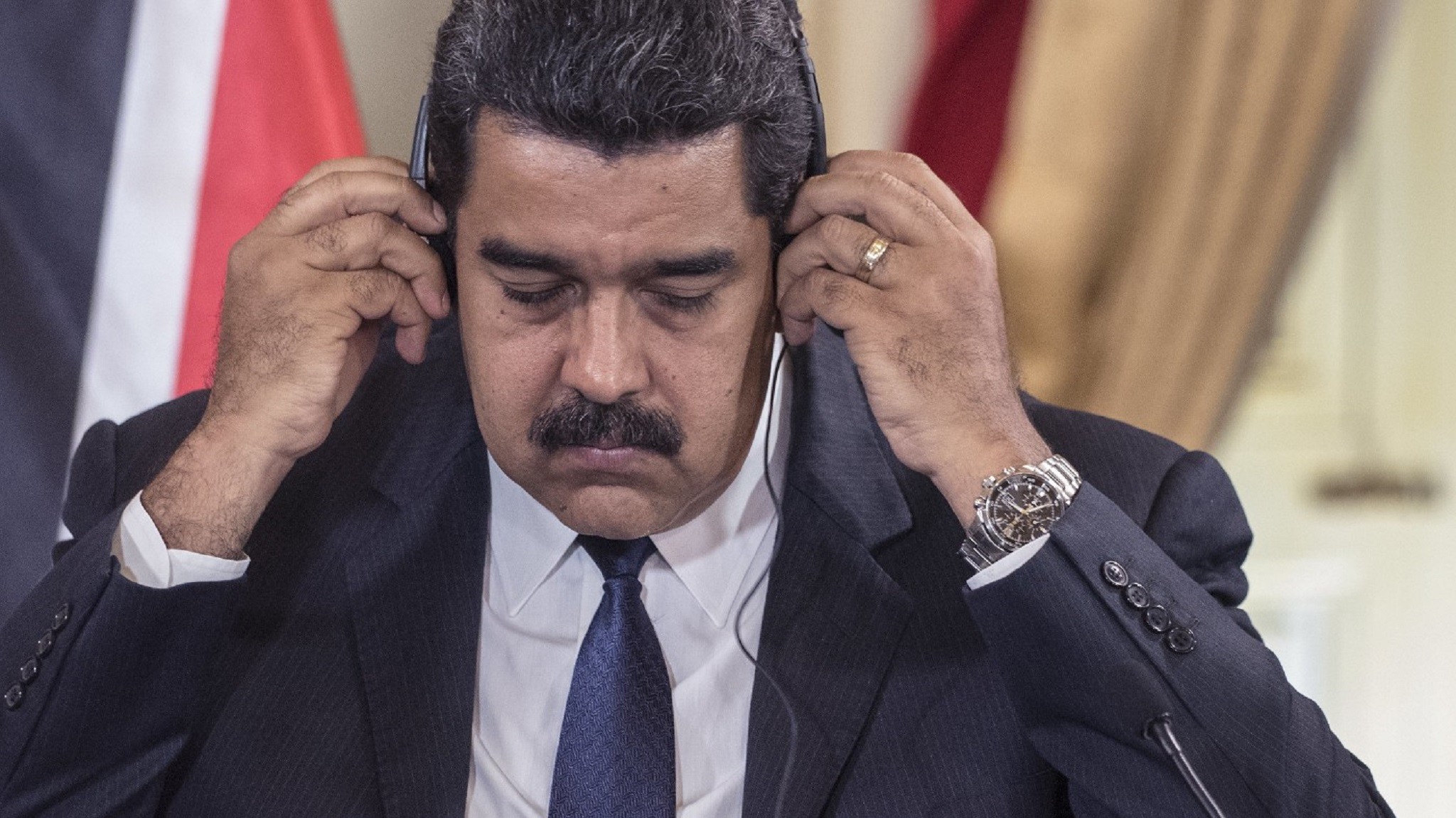 From widespread blackouts that have left homes, businesses, and hospitals in the dark for weeks at a time, to food shortages responsible for an average weight loss of 24 pounds throughout the population in 2018, Venezuela is in serious trouble.

That the country has been in trouble, and heading for bigger trouble, for years is no surprise to the international community. How to respond, is another matter entirely.

International investors and multinational companies fled the dictatorship years ago, when it became clear that Hugo Chavez’s communist government, along with his hand picked successor Nicolas Maduro, would plunder private businesses, seizing them as state property.

A lavish social benefit program kept the populace happy, and voting for Maduro. That is, until the money ran out. It was your basic pyramid scheme.

Lack of money hasn’t been Maduro’s only problem, either. Venezuela’s educated, professional class, and most of those with the means to do it, have fled to neighboring countries, or to the U.S.

With them has gone the engineers who helped keep the lights on in Venezuela. The doctors have gone, the shopkeepers have boarded up their businesses, as Venezuelan currency is barely worth the paper it's printed on.

The widespread blackouts are a symptom of this disfunction, and though the Maduro regime has been careful to blame the blackouts on American sabotage, people who have escaped the country tell a different tale.

The tale of Maduro’s government is one of a systematic dismantling of the other branches of government to achieve absolute power. It is also a tale of paranoia, of Maduro opponents under constant surveillance. And threat.

Maduro has plundered the country, according to a top Maduro official who has just escaped Venezuela, defecting to the U.S. to give a firsthand account of the complete destruction of what was once one of the wealthiest countries in the world.

General Manuel Ricardo Christopher Figuera, once the chief of the Maduro’s feared Sebin intelligence agency, is the highest-level defector from Venezuela in the past two decades.

Currently in Miami, Figuera is spilling Maduro’s secrets and the innermost workings of a deeply corrupt government to Bloomberg, among others. Having information from a true insider is something that will surely help turn the tide against the Maduro regime.

“I share responsibility for Maduro’s stay in power, like any official who’s been part of this criminal enterprise. But if someone has evidence against me, I have no fear to face justice.” — General Manuel Ricardo Christopher Figuera

Figuera did have a bit of comfort for expatriated Venezuelans, like himself, who are anxious to return and rebuild their home country. Maduro, Figuera insists, cannot last the year.

That his regime has held onto power this long is due to outside aid and assistance from Russia, China, Cuba, Turkey and Iran.

Figuera’s evidence against Maduro, and other top Venezuelan officials and business owners, is a staggering and damning tale of government graft gone awry; an administration subsumed in greed.

Nicolas Maduro, his friends and cronies, have been on a mission to enrich themselves, and line their own pockets with the wealth belonging to the Venezuelan people.

Until a few months ago, Figuera was one of Maduro’s most trusted captains, right in his inner circle. He is exactly the kind of defector Maduro’s opponents have been hoping would eventually cross the party line.

The U.S. waits with humanitarian aid and support. The Trump administration is anxious to help Democracy succeed where socialism and communism have failed so spectacularly, and in real time

Will Figuera prove the final nail in Maduro’s coffin?

Juan Guaido, Venezuela’s defacto President and democratically elected leader, is waiting to take over the running of the still oil-rich nation and pick up the pieces.

While there are still pieces to pick up.