The Ayatollah’s grip on power in Iran is crumbling like the Berlin Wall. 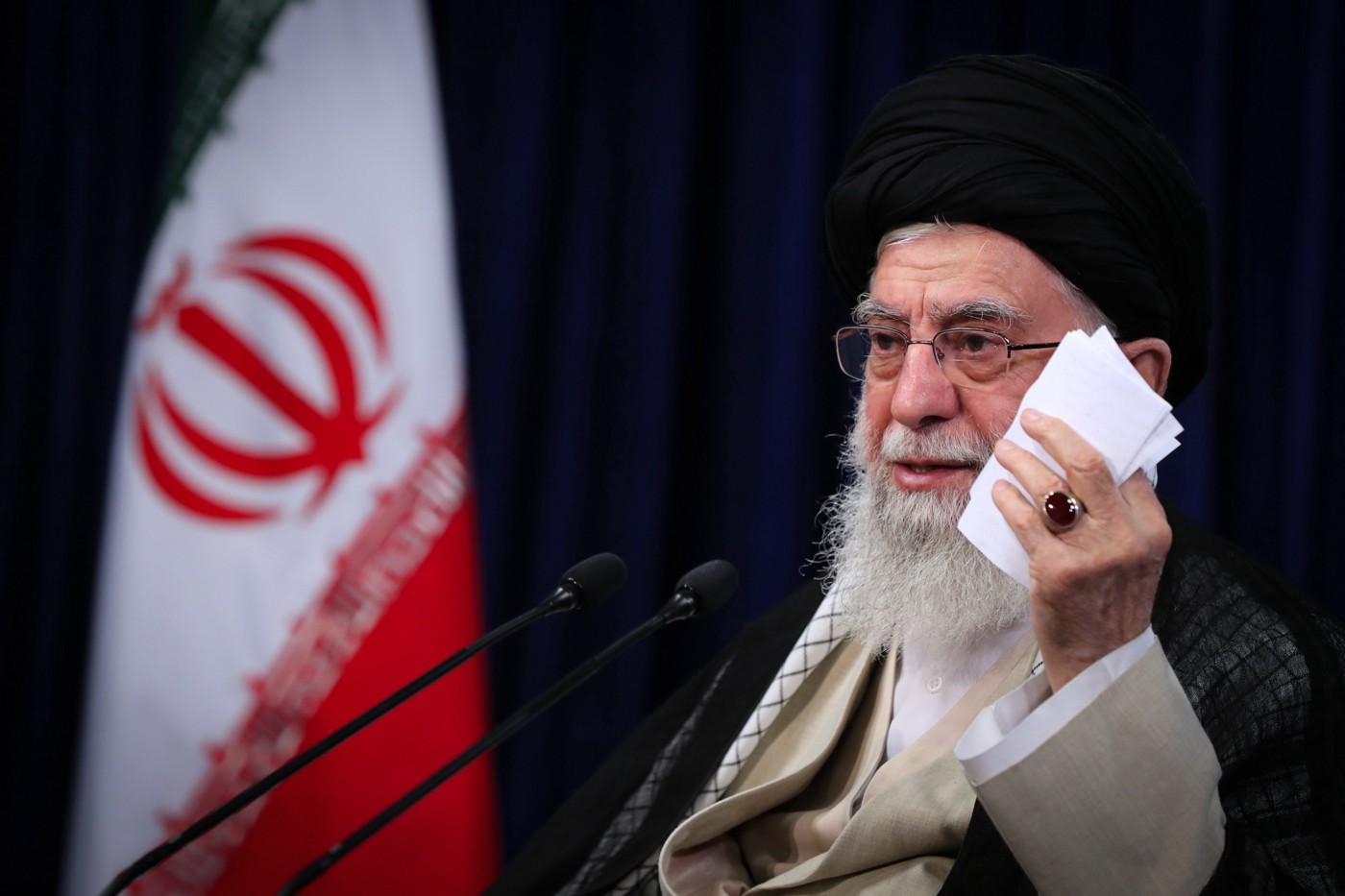 On Monday, Iranian Foreign Minister Javad Zarif made a surprising announcement during a virtual address to the Council on Foreign Relations in New York: Iran is ready for a full prisoner exchange with the United States

The United States has long demanded Iran release any U.S. citizens it may be holding, including Iranian-American father and son Baquer and Siamak Namazi. According to U.S. authorities, the Namazis are being held by Iranian authorities as political prisoners.

Officials in Tehran have long denied holding people for political reasons and have instead accused many of the foreigners in jail of espionage. According to Iranian officials, the U.S. government is unjustly detaining Iranian citizens in the United States, mostly for breaking sanctions.

“There are Iranians in U.S. prisons who are there only because they refuse to betray their country (Iran). We are prepared to exchange all of them and all those who have been kept in jail,” Zarif said. “I repeat, we can exchange all prisoners. Period.”

This news came shortly after the Trump Administration announced a resumption of U.N. sanctions and slapped new sanctions on Iranian officials.

On Monday, President Trump signed an executive order which will try to reinstate sanctions on Iran prior to the signing of the Joint Comprehensive Plan of Action (JCPOA) or Iran nuclear deal. The administration also placed new sanctions on 27 additional groups and individuals over their roles in advancing Iran’s weapons systems, including Iran’s Ministry of Defense and Venezuelan President Nicolás Maduro.

“This Executive Order is critical to enforcing the U.N. arms embargo on Iran,” Trump said in a White House statement. “The order will greatly diminish the Iranian regime’s capacity to export arms to terrorists and dangerous actors throughout the region, as well as its ability to acquire weapons to build up its own forces.”

“My actions today send a clear message to the Iranian regime and those in the international community who refuse to stand up to Iran. The United States will not allow the Iranian regime to further advance capabilities to directly threaten and terrorize the rest of the world,” the President’s statement continued.

“My Administration will use every tool at our disposal to stop Iran’s nuclear, ballistic missile, and conventional weapons pursuits. The Iranian regime must change its behavior if it hopes to provide what the Iranian people so desperately want and deserve: a thriving and prosperous Iran.”

Secretary of State Mike Pompeo said the Trump administration has always been honest about “the world’s leading state sponsor of terrorism and anti-Semitism.”

“President Trump understood that the JCPOA was an abject failure. It didn’t bring Iran into the community of nations or block Tehran’s path to a nuclear weapon,” Pompeo said at a State Department press conference.

“Instead it was an exercise in appeasement. It gifted the regime billions and paved the way for Iran to become the arms dealer of choice for terrorist groups and dictators all across the world in just five short years.” Pompeo continued. “Just imagine what Iran would do if it were able to freely purchase more advanced weapons. We have no intention of letting that happen.”

Iranian President Hassan Rouhani responded to the sanctions by saying “America is approaching a certain defeat in its sanctions move”. Rouhani says the U.S. has already “faced defeat and a negative response from the international community.”

“We will never yield to U.S. pressure and Iran will give a crushing response to America’s bullying,” Rouhani said during his speech on Sunday.

However, only a day after President Trump announced all United Nations sanctions on Tehran had been restored, the Iranian rial fell to a record low against the U.S. dollar. Iran’s current economic situation and the recent statement from Foreign Minister Zarif, initiating a full prisoner exchange, suggests the only country “approaching a certain defeat” in the high-stakes game of sanctions brinksmanship is Iran.

In December 2018, Washington and Tehran worked out a prisoner exchange which freed U.S. citizen Xiyue Wang, who had been held for three years on charges of spying. In exchange, the United States freed Iranian Massoud Soleimani, who faced charges of violating U.S. sanctions on Iran.

In June, Iran released Navy veteran Michael White, who was sentenced to 10 years in an Iranian prison for insulting the country’s top leader and publicly posting a private photograph. The United States in return allowed an Iranian-American doctor to visit Iran.

The Trump administration’s dealings with Iran have differed strongly from the Obama-Biden administration. The Obama Administration provided 1.4 billion dollars in cash to Iran. U.S. President Trump exited the 2015 Iran nuclear deal which included this cash delivery, and has reimposed sanctions that have since crippled Tehran’s economy.

Trump’s moves in the Middle East, while not well received by the U.S. press, appear to have been somewhat more popular with leaders in the region. The recent Abraham Accords were a historic move towards peace.

Because Iran used the money it obtained from the Obama administration in 2015 to sponsor terror in the region against its neighbors and coreligionists, Iran’s influence over other nations in the Middle East has dwindled.

Now, Arab nations are far more willing to deal with the U.S. and even Israel. This is surprising given the region’s decades-long history of antagonism with Israel.

Nothing but fear of extremist terror, funded by Iran, and Iran’s nuclear aspirations, could have driven Arab nations like Bahrain this far, this fast. People in the region are weary of war and want to join in the prosperity of the global marketplace.

Iran’s power on the world stage has been badly diminished. It’s neighbors are putting aside their reservations about Israel, and even their sympathies for the Palestinian cause; the U.N. is reimposing sanctions and U.S. sanctions are biting deep; the absolute authority of Iranian rulers has been undermined by a series of demoralizing public defeats, including the death of terror chief Qassem Soleimani.

Aside from giving a few speeches and tightening their grip on dissenters in Iran, the Iranian rulers seem powerless to stop the dominos falling against their regime.