U.S. Healthcare Gets a Booster Shot

Lower health care costs and better health: The U.S. Department of Health and Human Services rolls out new plans to enhance the Affordable Care Act and save healthcare in America. 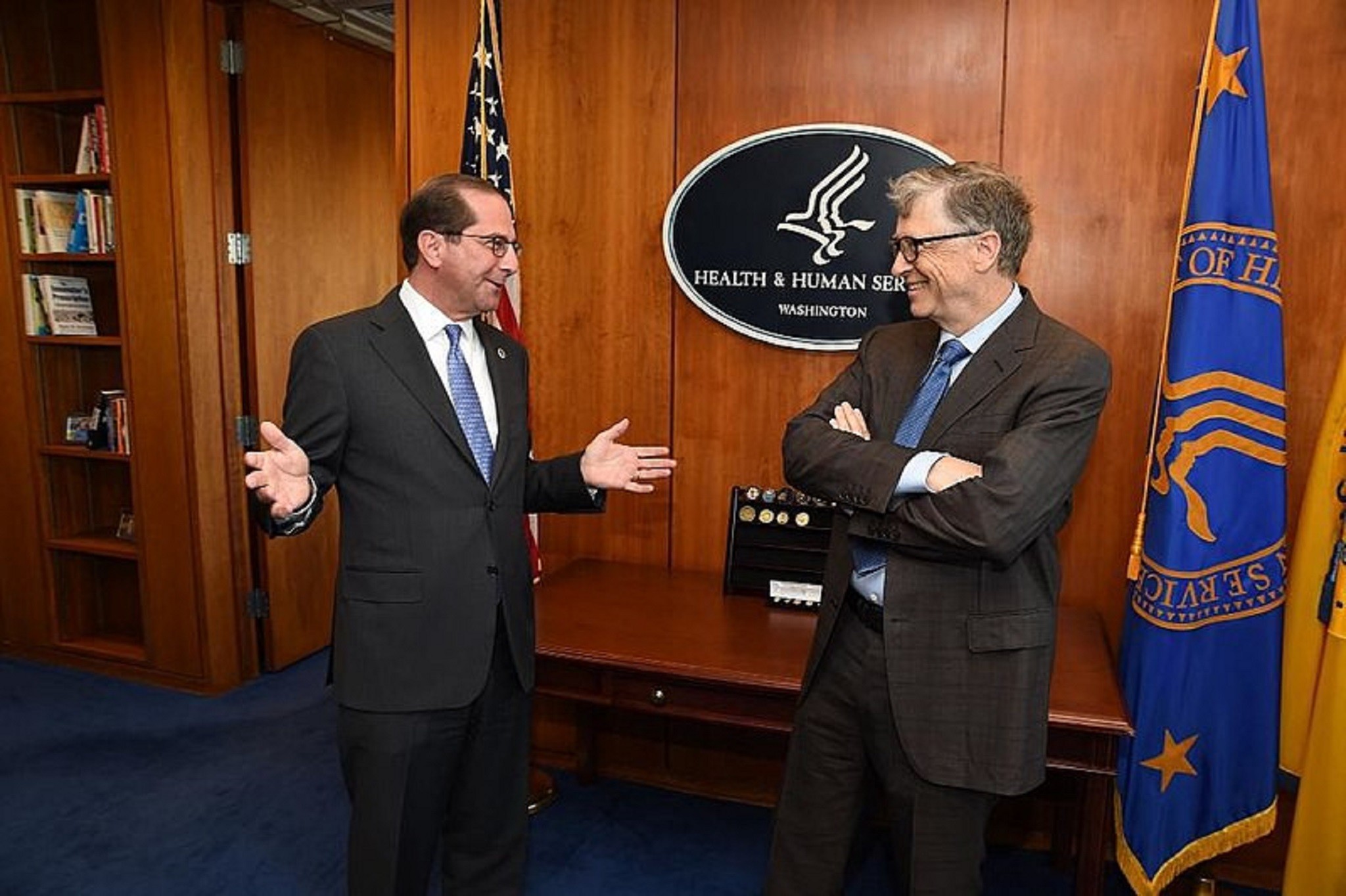 President Barack Obama’s signature legislation, the ACA, or Obamacare as it is sometimes called, helped extend health insurance coverage to millions, but it left some gaps that continue to create unbearable financial burdens on American patients. U.S. Secretary of Health and Human Services Alex Azar has a better idea.

“Imagine a system where patients are in the driver’s seat, able to shop among providers who are empowered as navigators of patient decisions rather than paperwork; where payments reward outcomes, not box-checking; and where diseases are effectively prevented or cured long before they cause unnecessary suffering and cost. … Such a system is not only possible — it’s necessary to sustaining the quality of American healthcare and fulfilling the duty we have to American patients.” -HHS Secretary Alex Azar, Patient-Centered Primary Care Collaborative, November 8, 2018. Washington, D.C.

Far from repealing the ACA, the Trump Administration’s choice for Secretary of the Department of Health and Human Services, Alex Azar, has been quietly but steadily deepening the roots of the ACA, filling in the gaps it left and championing the American patient in the global marketplace.

On the job since January 2018, Azar hasn’t wasted any time rolling out wave after wave of comprehensive plans designed to radically lower patient costs using some of the very powers granted to the HHS by the ACA.

Under his steerage, the HHS has been focusing the last year on several important priorities: value-based transformation, bringing down the astronomical price of prescription drugs in the U.S., reforming the health insurance market and combating the opioid crisis.

In his latest address, Azar acknowledged that value-based transformation is a very ambitious goal. Given it’s complexity, he offered new insights as to how the HHS plans to deal with implementing such a broad directive.

“It is incredibly important that we find a way forward for change. I believe we owe the American people a better healthcare system and I know you all are here today because you agree. President Trump has heard from so many Americans who are burdened by high healthcare costs — and he is intent on delivering them a better deal. American seniors, even with the protection Medicare affords, spend 14 percent of their household budgets on healthcare. Amazingly, when you count employer contributions, the average American household spends $28,000 a year on healthcare.” -Alex Azar, Nov. 2018

The answer, according to to Azar, is value-based healthcare. The HHS has named Adam Boehler director of the Center for Medicare and Medicaid Innovation to oversee efforts toward this end. Boehler’s outline includes four key avenues for driving the U.S. healthcare system towards a value-based transformation:

Do patients even want to shop?

Getting nutrition information from a restaurant used to be hard. From your favorite franchise drive-thru to your fancy prix fixe, nutritional information was practically kept a state secret. Health conscious diners could interrogate the chef, possibly at their peril, or call a headquarters 800-number and be prepared for some serious hold time. The deeply committed could go to a bookstore at their local mall and buy a small paperback book with lists and lists of popular restaurants and the most basic calorie and fat information of some of the most popular dishes.

Even then, your trusty guide book was fairly limited in scope, not terribly accurate and, prevented by copyrights and the state secret-hood of restaurant nutrition information, it couldn’t disclose the actual names of the restaurants and dishes. You looked up nutrition information for a ‘fried onion blossom from Australian-themed steak house’; Calorie sleuths drew their own conclusions.

Then, a miracle occurred. A question changed everything. It is the same question we are asking again now about healthcare costs.

Did restaurant diners want to shop?

In other words, would consumers make better choices if they had more information about the nutritional costs of the foods they eat?

The answer was, of course they would. (at least sometimes!) But that answer was almost immaterial; the real question was, didn’t consumers have the right to try? Didn’t they have a right to an informed choice?

Then, as now, there was also another important question:

Did consumers even want that information? There were also then, as now, free-market objections; was it really fair in a free market system for the government to force onerous rules on restaurant owners, possibly restricting their ability to do business?

The answer was that of course consumers should have a right to information vital to decisions about their health and well-being. What’s more, the government had a duty to public health to make sure they were provided with it.

Did Consumers Want That Information?

YES, judging by countless ad campaigns in the years since, devoted solely to enticing consumers, not with the tastiness of restaurant food, but with nutrition appeal. Successful ad campaigns have even been launched at those who didn’t want that information, and we’ve seen Paris Hilton eat a cheeseburger on the hood of a car and heard Arby’s commercials proudly proclaim ‘We Have The Meats!’ as a result.

Because in 2018, of course, every fast-food joint and franchise restaurant in America is positively brimming with nutrition information. There are apps that contain the nutrition information for almost any food you can think of, including, probably, your favorite little eatery down the street from where you live and that thing you ate on vacation that time.

If you needed an MRI, for instance, and a price list told you having one at your doctor’s office would mean a substantial savings, you could make an more informed choice. Procedures, in particular, have opaque pricing models and huge differences in what each person is charged.

In the age of information, Azar even wants these prices posted online. “Knowledge is power,” He said. “And knowing more information can lead to better healthcare.”

“Meanwhile, with regard to the pricing transparency element of the proposed rule, I want to share a personal story. A few years ago, my doctor, whom I love — wanted me to do a routine echocardio stress test. I thought this would be very routine. But his practice is connected to a major medical center. And so, instead of being referred for a [physician practice-based stress test], I was sent a few floors down, sent to a woman who was asking the same questions I’d answered before. Before I know it, I had a plastic wristband, and I had been admitted to the hospital. And I was going to be paying for that test out of pocket, because I was in a high-deductible health plan. And as someone who works in healthcare, I knew that that cost has just jumped.”

“I asked how much that test would cost, and I was told that that information wasn’t available. Eventually, the manager of the clinic appeared, and said that the list price was $5,500. I knew that wasn’t the right answer either, but rather, the price that my insurance company had negotiated. That information didn’t come easily either, but eventually I found out it was $3,500. So I looked up what it would cost if I received this procedure in a doctor’s office, which was $550. Now there I was, the former Deputy Secretary of Health and Human Services for the United States — and that’s the amount of effort I needed to make to get that information. What if I was a busy parent who just trusted their doctor and the system? A twenty-something, just enrolled in a high-deductible plan?” -Alex Azar

Indeed, Azar seems to have made improving U.S. healthcare his personal mission. Though he was initially panned by some as an drug industry insider and former Eli Lily Exec, Azar had some stern words, tempered with words of encouragement, for his former fellows in the pharmaceutical and healthcare industries:

“Change is coming. You can be a part of the solution in bringing market-based, competitive ways of compensating for drugs and lowering patient out-of-pocket costs, or you can put your head in the sand and pretend change is not coming and you’ll get whatever comes at you.” -Alex Azar from the Brookings Institute October 26, 2018

“The power of informed individuals will deliver high-quality healthcare. Getting to that system won’t be the most comfortable process for some entrenched players. But the opportunities are many, and exciting. Change is necessary, change is coming.”

For millions of financially struggling patients in America, it will be a welcome change indeed. 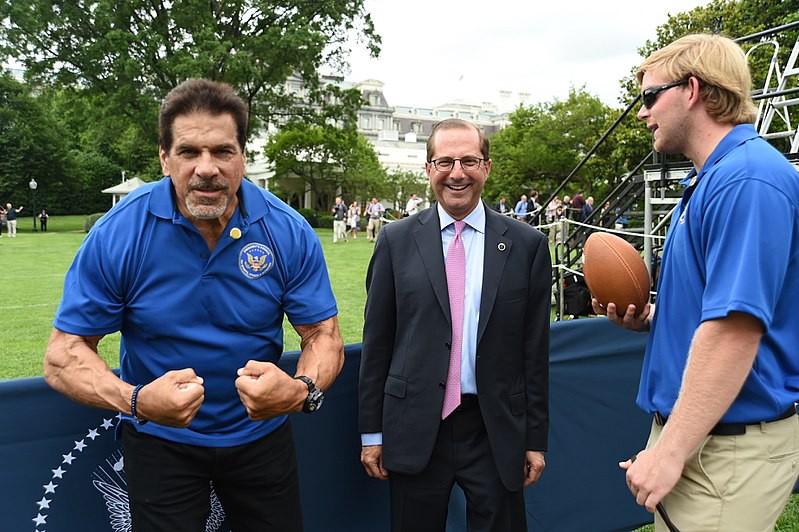 Join us for the next part of this series and let’s examine how the HHS plans to implement measures to help prevent disease before it occurs or progresses.