The November jobs report is more good news for Americans, but no one in the new optics economy seems very happy about it. 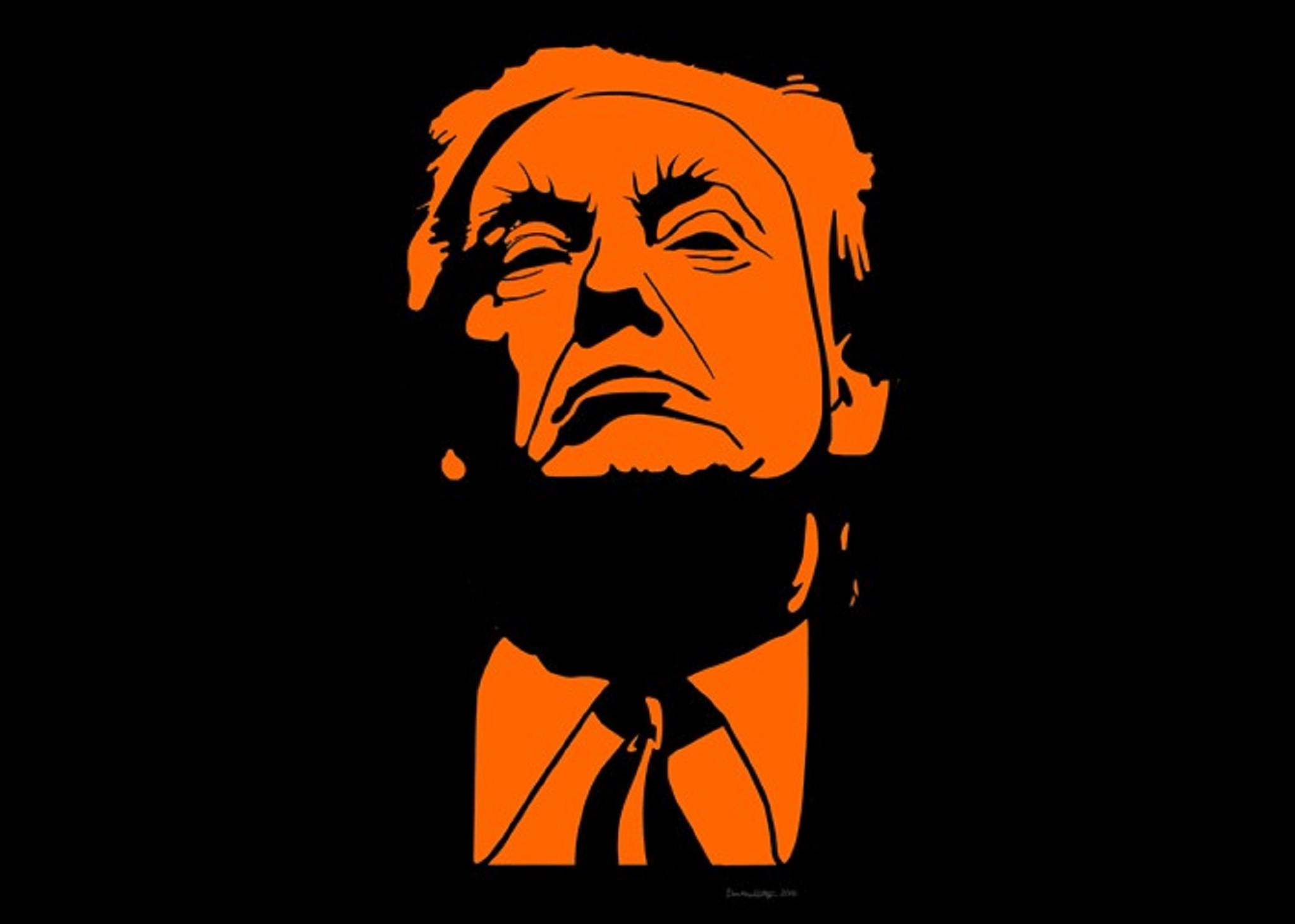 “THE DON” An artist’s rendering of then-presidential candidate Donald J. Trump in 2016 (photo: this image was adapted from Creative Commons licensed images from Gage Skidmore’s Flickr photo-stream by: donkeyhotey)

“Never put anything in writing you don’t want anyone else to read.”

My mother’s sage advice of decades ago is practically gospel today. Although, an update might be in order, mom; never write anything on the internet you don’t want anyone else to read…forever. 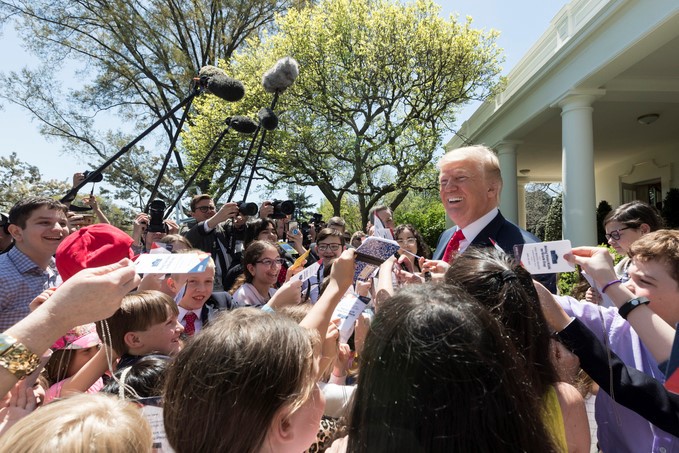 For any career at the highest level to survive under the public microscope in 2018, the career in question must understand optics, how it works and how to use it to best advantage. Otherwise, bankability, hire-ability and income-earning potential plummet in the new optics economy.

Now, you have to do all that plus never misspeak, never be misunderstood out of context, never sound stupid and never put anything in writing you wouldn’t put on a billboard in Times Square. And you certainly must never, ever express controversial attitudes, or even just plain rudeness; not now, not in the past, not ever. Not in writing, not on a video. Not to or in front of anyone willing to testify against you in the court of public opinion.

Not if you’re Reese Witherspoon wheedling at a traffic stop, not if you are Susan Sarandon being taken to the woodshed by Deborah Messing for voting for Jill Stein in the 2016 election. Not if you are Kevin Hart.

Kevin Hart was driven from the ranks of Oscar host over the weekend, a thankless job which few want anyway, as even fewer can emerge from hosting an entire evening of unscripted, live television with a worldwide audience of millions without looking foolish, at least a few times, if not outright bombing.

Or increasingly, offending someone. Kevin Hart isn’t the first career casualty to this type of optics infraction, he won’t be the last.

Sarah Silverman, Chelsea Handler, and Amy Schumer have also been called into question over the past few days over old tweets that have now become controversial. 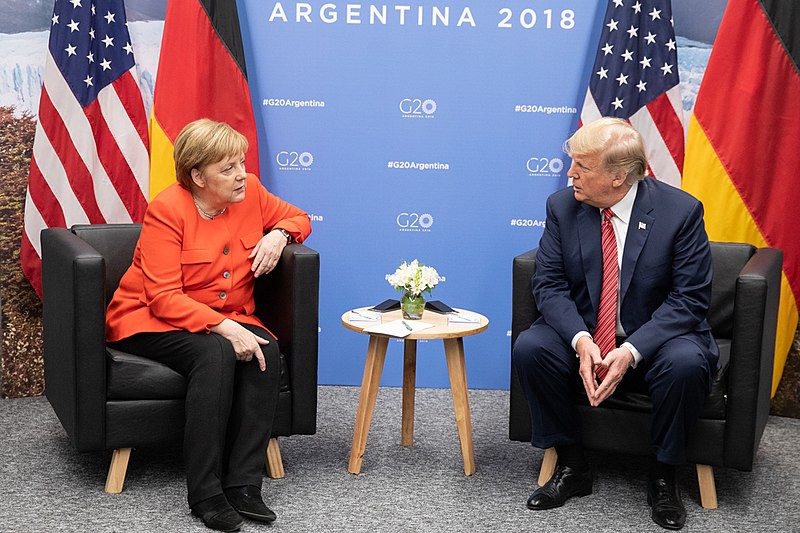 The Other Other Optics Strategy

Most celebrities and public figures, when confronted by their old, out-dated if once-socially-acceptable, thoughts and attitudes opt to recoil in horror, apologize, apologize again and try to move on.

But there is one other way of dealing with optics fallout as a public figure. It isn’t pretty. It is potentially dangerous, might backfire horribly, isn’t likely to succeed and no one ever recommends it. Even if successfully carried off, it is still very likely to fail:

Just don’t. When the PC police come for you, don’t go quietly. Don’t retreat in shame; double down. Turn your back and go about your business as usual, while periodically taking potshots back at your critics. The proof, you will say, is in the pudding; either you find value in my art, my comedy, my acting, my music, my business skills, my presidency, or you don’t and that should be enough.

What seems to truly disgust my liberal friends most about President Donald Trump isn’t what he does, it is what he says and how he says it.

“But the leftists I know do hate Mr. Trump’s vulgarity, his unwillingness to walk away from a fight, his bluntness, his certainty that America is exceptional, his mistrust of intellectuals, his love of simple ideas that work, and his refusal to believe that men and women are interchangeable. Worst of all, he has no ideology except getting the job done. His goals are to do the task before him, not be pushed around, and otherwise to enjoy life.” -David Gelernter in The Real Reason They Hate Trump, 10/21/2018

Trump is not a Politician

In what some Trump supporters no doubt first hoped was a joke-site tweet, Donald Trump Calls Rex Tillerson ‘Dumb As A Rock’ dominated the twitter-sphere for a microsecond; did he really say that, could it be true? Snopes says, mixture; Trump also called Tillerson “lazy as hell”.

Look at this video of Bill Clinton being interviewed on 60-minutes about accusations of sexual harassment and rumors of extramarital affairs levied against him by multiple women. A prickly issue, but watch the master at work; he doesn’t say no, doesn’t say yes. With his wife optically perfect beside him, he weaves, he entertains, he invokes emotion.

He takes full and personal responsibility while admitting nothing. Somehow, you find yourself actually feeling sorry for him. That he and his wife have to live this very private and painful matter in public seems unfair to him, it really does. He makes lies sound like truth. It’s genius.

On the other hand, we have Trump on 60-Minutes, who somehow makes even talking about his actual accomplishments as President seem far-fetched and self-aggrandizing, though completely true.

They don’t call Bill Clinton “Slick Willie” for nothing; they do not call Donald Trump “Slick Donald” for no reason, either. He is not slick, he is not polished. He is not a politician and he doesn’t know how, or he doesn’t care, to talk like one. But, as Walt Whitman may have once said, “if you done it, it ain’t braggin”. Trump has certainly been hard at work on his agenda. 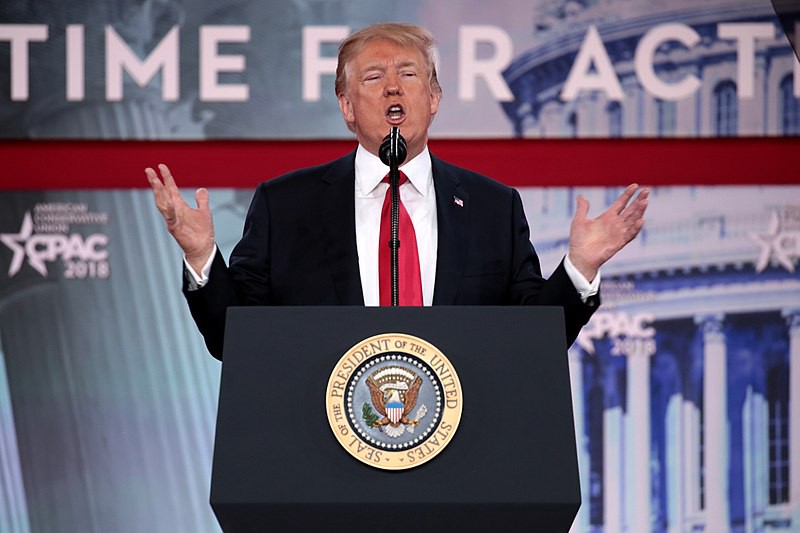 A U.S. President by Any Other Name

Any other U.S. President might be enjoying at least some moderately favorable coverage in the mainstream press. Not Trump.

By any objective measurement, Trump has accomplished a number of key initiatives since taking office, and has done so, by and large, with bipartisan support. A few:

Those in the press could at least call him effective, even if they disagree with some of the policy changes. Thing is, they don’t often disagree with the changes.

Even when the sky isn’t falling, the sky might be falling very soon, or falling somewhere.

MSNBC speculates ably that everything could go wrong at any moment, Can good jobs numbers keep the economy afloat during a trade war? Except, there isn’t likely to be a trade war.

And apart from a minor flap regarding potential violations of the Iranian trade ban, talks are still on-track for a fair trade deal with China soon, too. For all his tough talk on tariffs designed, no doubt, to bring China to the table, Trump seems convinced like no other President that Trade is More Profitable Than War.

Some in the press manage a more neutral, if atonal, delivery of just the facts: November jobs report: U.S. adds 155,000 jobs, unemployment stays at 3.7%.

Still, some in the press are dogged in their unending quest to undermine Trump, Another sign of a wobbly economy in weaker November jobs report. The title feels almost hopeful. Anyone reading the headline might feel smugly satisfied that Trump’s economy is, at last, going off the rails, as serves him right.

But anyone who actually reads the article can’t help but notice a table entitled “Job Growth Under Trump” and the rosy-accurate picture it paints of job prospects under the Trump Administration.

The Wall Street Journal calls it The Perfect Jobs Report, arguing that if the current trend continues, the U.S. labor market is less likely to overheat, allowing the Fed to moderate rate increases

Democrats Must Stop Ignoring the Economy

Demonstrating their determination to stay out of touch with financially struggling Americans after 8-years of Obama Presidency, left-leaning Democrats continue to be-cry America’s reputation abroad and how it has suffered irreparable harm under Donald Trump.

Reality: People struggling to feed their kids and heat their homes this winter don’t care what people in foreign countries they’ll never be able to afford to visit think of them and their President. They just don’t.

For many in the U.S., most really: A good job is life or death.