Two Comforting Lies the Left is Telling Themselves

Will it cost Democrats the election- again- in November? 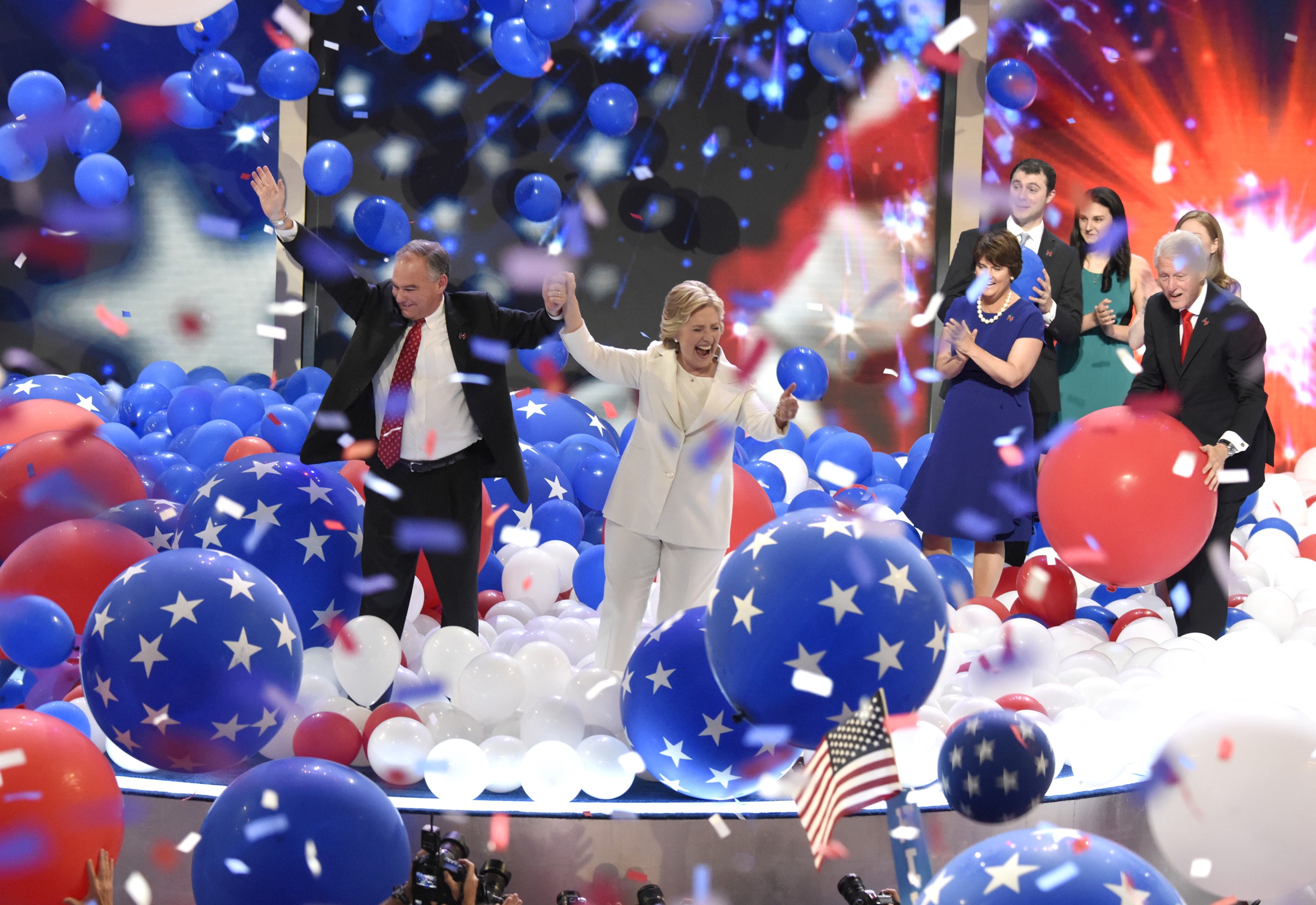 ABC NEWS — 7/28/16 — Coverage of the 2016 Democratic National Convention from the Wells Fargo Center in Philadelphia, PA which airs on all ABC News programs and platforms. (ABC/Ida Mae Astute)

This lie is an extension of an even bigger lie the Democratic Party has been perpetuating on its voters since 2008: That President Barack Obama was the quintessentially perfect liberal president.

This prevalent myth- among elite Democrats anyway- that Obama left nothing undone, disappointed no one, suffered no major scandals, and delivered on his promises to the American people is why so many registered Democrats crossed over in 2016 to vote for Donald Trump. It’s also why they may not cross back in 2020.

Working-class Democrats know better- even those who did manage to pull the lever for Hillary Clinton in the end. Wars, drone bombings, deportations, a failure to address criminal justice reform, climate change or federal drug policies- in addition to a sluggish economy stalling to a standstill- are all part of Obama’s legacy.

The left’s willing blindness to the flaws of a favored politician- and the media’s complicity in carrying out this facade- is why Joe Biden was able to claim, during the recent debate, that Trump inherited a booming economy from the Obama/Biden administration.

Besides not passing the basic sniff test, our Democratic water-carriers in the media are forgetting they covered the Obama/Biden economy with a good deal more objectivity from 2008–2016 than the press has shown since the advent of Donald Trump.

Here is what the New York Times wrote about Obama/Biden economy before the surprise upset election of Donald Trump in November of 2016:

May 16, 2014: “The Case Against the Bernanke-Obama Financial Rescue”.In this particular article, Princeton professor and author Atif Mian is quoted as saying, “Our point is very simple: Bernanke won. We did save the banks. And yet the United States and Europe both went through terrible downturns.” Mian called preserving banks an “insufficient mantra”.

August 1, 2014, no less authority than the Editorial Board of the New York Times called the Obama economy “Growth Without Jobs”. In December of 2014, Paul Krugman of the NYT plaintively asked, sounding like Oliver Twist; “Recovery at Last?”.

In January of 2016, things began to change: “Obama Helped Avert Economic Collapse but Full Recovery Is Distant,” was slightly more friendly to Obama, though still honest. At that time, Trump was still an impossible fever dream, a side-show. But just in case, Paul Krugman proclaimed “The Obama Boom.”

Here is what the New York Times had to say about the Obama/Biden economy after Trump was elected:

“President Obama is handing a strong economy to his successor,” and “Trump Can’t Beat Obama on the Economy”. “An Economic Upturn Begun Under Obama Is Now Trump’s to Tout,” and countless other examples, each more revisionist and cherry picking than the last. Not to mention in direct contradiction to earlier New York Times reporting.

It isn’t possible to retroactively editorialize your way into imaginary economic prosperity, but the Times, and other media outlets hoping for a Joe Biden victory, are giving it a go.

Then there is the question of wage gains, which had slowed to nonexistent under Obama, but which even the Washington Post admitted soared under Trump. Low-income Americans benefitted most in the Trump economy, prior to the shutdowns.

In spite of the fact that most American voters still list the economy as their number one concern, Joe Biden is doing very little to change people’s prevalent opinion that Donald Trump is more trustworthy when it comes to handling the economy. Pretending people were financially better-off during the Obama/Biden administration than they actually were isn’t going to convince them. Who will they believe, Biden or their lying bank balances?

Biden has promised to repeal the Trump tax cuts, however, which even economic experts unfriendly to Trump admit benefitted most people. Promising to undo the Trump tax cuts and promising a return to the “prosperous” Obama/Biden years may not convince those concerned about the downturn caused by COVID-19 shut-downs becoming permanent.

Lie #2: Biden is polling ahead of Clinton

This one doesn’t pass the basic sniff test, either. We all remember very clearly being told in no uncertain terms by pollsters and media pundits across the political spectrum to expect a Clinton victory on Election Day in 2016.

C-SPAN still has 7 hours of excruciating footage from election night at the Jarvits Center 2016, the site of Clinton’s ill-fated “victory” party. Watch it.When Florida was called for Trump, the Clinton crowd gasped out loud in shock. “Spoiler Alert,” was emblazoned on the tee-shirts of two Clinton acolytes in the crowd, “Hillary Wins.”

Everyone was all smiles at the beginning of the night. Not so at the end.

Alternatively, the Trump campaign was so sure Trump was going to lose, they didn’t allow any embedded reporters into their small watch party. Trump’s campaign was already laying the groundwork to weather a loss, blaming Trump’s imminent defeat on a lack of support from Republican leadership.

Yet, today, pollsters and media outlets friendly to Democrats would have voters believe that not only have the problems which plagued polls in 2016 been fixed, Joe Biden is polling far ahead of Clinton.

How can this be true when major media outlets, and even professional betting firms in other countries, never gave Trump more than a 10% chance of winning? Most gave him far less.

The revisionist historians would have us believe 1.) they knew Hillary Clinton was going to lose in 2016, and 2.) they are right again this time about Joe Biden. The reporters and media personalities who wrote about their experience on election night in 2016 were more honest.

The Democratic Party may be making other small mistakes- like it did in 2016: Ignoring and dismissing the impact Hillary Clinton’s emails had on the election; overestimating the impact of the Access Hollywood tape on Trump’s chances. But it is the major mistakes that cost Clinton the election- ineffective campaigning in swing states, failure to address the economic concerns of the working class, and over-reliance on pollsters.

A failure to accept the truth and own up to these mistakes could cost Democrats once again in November.