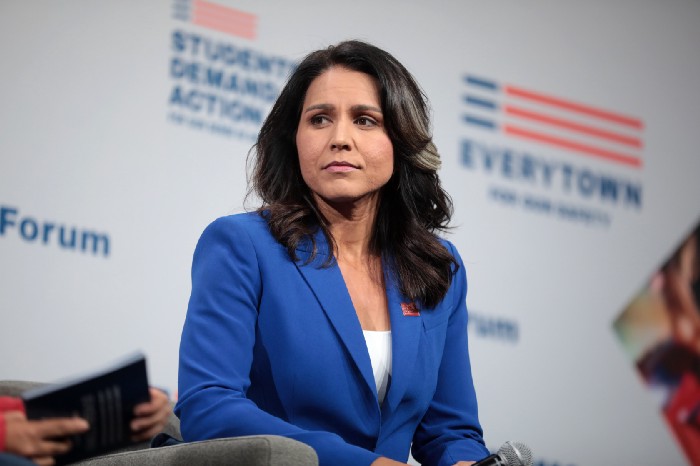 Former Democratic presidential candidate and congressperson Tulsi Gabbard has warned that a proposed bill to combat domestic terrorism could lead to “a very dangerous undermining of our civil liberties.”

Gabbard appeared on Fox News Friday evening, where she criticized Rep. Brad Schneider’s proposed bill to curb domestic terrorism, the Domestic Terrorism Prevention Act. The bill was introduced in the House soon after the Jan 6. riot at the U.S. Capitol. According to Schneider, the bill would give law enforcement authorities more tools to “identify” and “monitor” domestic terror groups and “thwart their illegal activities.”

Critics of the bill argue that it is too vague, goes too far, and risks turning the U.S. into a police surveillance state. They point out that the technologically advanced domestic spying capabilities provided by a union between the U.S. government and Big Tech would be unlimited and lack oversight.

“It’s so dangerous,” Gabbard said of the bill. “As you guys have been talking about, this is an issue that all Democrats, Republicans, independents, libertarians should be extremely concerned about, especially because we don’t have to guess about where this goes or how this ends.”

The former congresswoman criticized recent comments made by former CIA Director John O. Brennan, who said, “I know looking forward that the members of the Biden team, who have been nominated or have been appointed, are now moving in laser-like fashion to try to uncover as much as they can about what looks very similar to insurgency movements that we’ve seen overseas, where they germinate in different parts of a country, and they gain strength, and it brings together an unholy alliance, frequently, of religious extremists, authoritarians, fascists, bigots, racists, nativists, even libertarians.”

“When you have people like former CIA Director John Brennan openly talking about how he’s spoken with or heard from appointees and nominees in the Biden administration who are already starting to look across our country for these types of movements similar to the insurgencies they’ve seen overseas, that in his words, he says ‘make up this unholy alliance’ of religious extremists, racists, bigots, he lists a few others and at the end, even libertarians,” Gabbard said.

“All of this just goes to further tear our country apart,” she said. “And it moves towards what Joe Biden said in his inauguration speech that shouldn’t happen, which is a dehumanization of your opponent. And that’s where his voice is so necessary right now. He is the president of this country, he delivered this speech, his voice, himself speaking to the American people — he needs to denounce people like John Brennan and their statements, bills like the one Adam Schiff put forward and truly speak to the American people about how we must come together around the Constitution and around our Bill of Rights, around these rights that have been endowed to us by our creator.”

In a statement on Twitter Tuesday morning, Gabbard doubled down on her remarks and said, “the mob who stormed the Capitol to try to stop Congress from carrying out its constitutional responsibilities were behaving like domestic enemies of our country.”

“But let us be clear,” Gabbard continued. “[T]he John Brennan’s, Adam Schiffs and the oligarchs in Big Tech who are trying to undermine our constitutionally-protected rights and turn our country into a police state with KGB-style [‘]surveillance[’] are also domestic enemies — and much more powerful, and therefore dangerous, than the mob which stormed the capitol.”

“President Biden, I call upon you & all of Congress from both parties to denounce efforts by Brennan & others to take away our civil liberties endowed to us by our Creator & guaranteed in our Constitution. If you don’t stand up to them now, then our country will be in great peril,” she added.