Trump’s Thanksgiving Troop Surprise Makes a Turkey Out of Newsweek 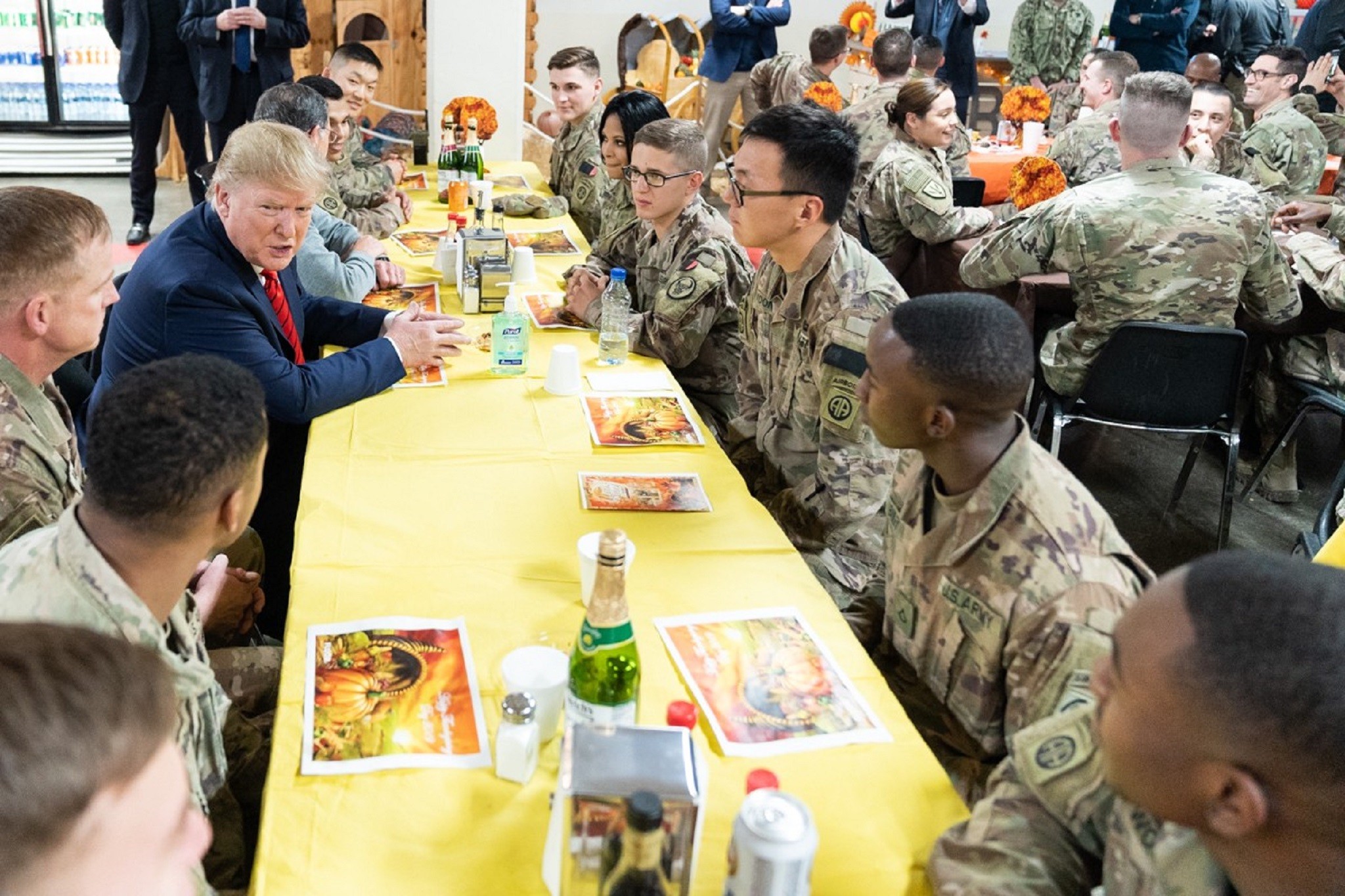 Decrying the “fake news media” is one of the things that Trump does best.

Not only is peddling this extremely easy-to-sell idea simple, Trump himself excels at giving it both the punchiest delivery and the extensive reach for maximum possible impact.

A contentious relationship with the unofficial checks and balances branch of journalism isn’t exactly unheard of in the world of modern presidential politics.

Obama was well-known during his administration, at least in Washington, for keeping the press-corps at a comfortable arms-length.

Trump, on the other hand, seems all too willing to clutch the press to his bosom, Tweeting out his unfiltered opinions for the whole world to see on a daily, sometimes hourly basis.