The only downside to the upwardly trending U.S. economy seems to be that it happened under Donald Trump. 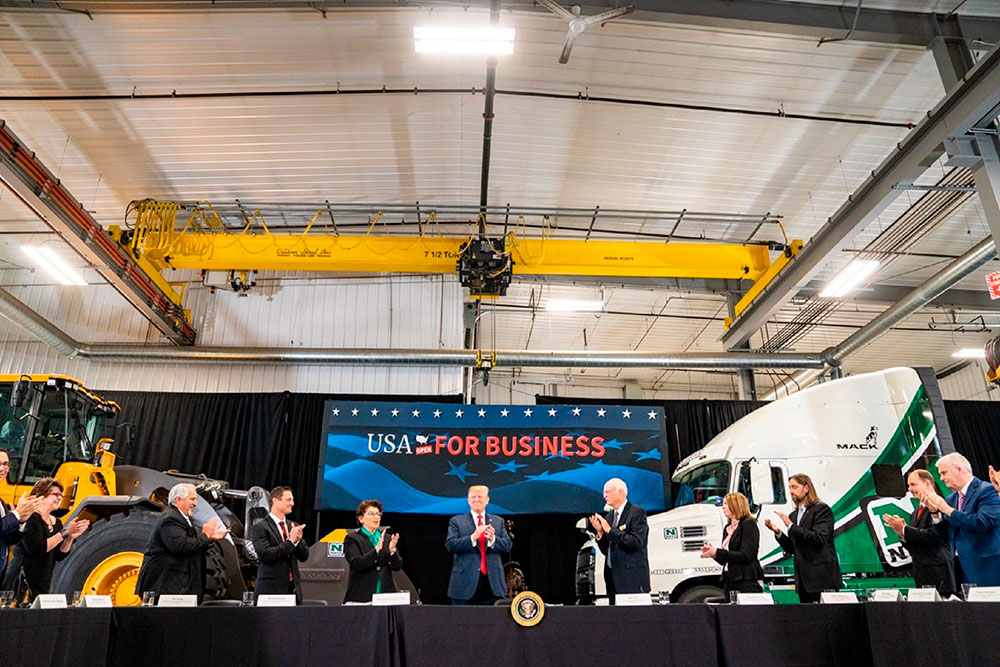 “He just says, ‘I’m gonna negotiate a better deal.’ Well how? How exactly are you going to negotiate that? What magic wand do you have? And usually the answer is, he doesn’t have an answer.” — President Barrack Obama, June 1, 2016

Former President Barrack Obama is welcome to defend his economic policies all he likes, but it turns out Trump may have actually found that magic wand after all. Everything Trump touches in the economy turns from lead to gold.

A great communicator, Trump is not. An inspirational figure, not exactly. Obama and Hillary Clinton were absolutely right about Donald Trump in 2016: Trump didn’t have enough experience or gravity to be the President.

That he won anyway was more a moratorium on the lackluster economic progress under eight years of a Democratic president’s policies of higher taxes and heavy regulation than a rousing endorsement of Donald Trump.

Trump still doesn’t have the gravity to be president. But then, in this economy, with his political opponents continuously disappointed by their failed efforts to oust him from office by any means necessary, he doesn’t have all that much to be grave about.

Trump definitely didn’t have enough experience to be President. He still doesn’t. It is starting to appear, however, that lacking political experience was a strength that extended beyond the electoral appeal of being an outsider.

An insider couldn’t have done what Donald Trump has done. A political elite, which Barrack Obama certainly was and is, said an economy this strong couldn’t be done. It was true- for Obama.

A Democrat’s Democrat, a diplomatic statesman and a scholar, Obama could never have enacted the policies and practices of the Trump administration that has brought the U.S. firmly out of a recession. Nor would he have wanted to.

Fools are absolutely confident; it is the wise who are full of doubts.

Since Trump didn’t know what couldn’t be done, he did it. He used his strength as an unpredictable negotiator, constantly keeping leaders of other countries, and leaders in his own, off balance and anxious to forge a deal.

Is doesn’t make him very popular with his fellows, except the ones who admire him, but it isn’t a foreign policy designed to make the leaders of other countries like Donald Trump.

Trump has made no secret of his motives and motivations: America First. Other world leaders don’t like it much but they wouldn’t, would they?

‘America First’ hasn’t improved Trump’s dismal popularity on the left, either. It has not made him beloved of media elites shocked by his erratic behavior and pomposity, though they have enjoyed the Trump ratings boost.

However, ‘America First,’ hasn’t bothered his base a bit. Not that much about Trump does these days. Trump even managed to pass the first criminal justice reform in decades and talked openly about further reducing racial bias in sentencing during the SOTU and no one batted an eye.

Trump’s base isn’t the only place ‘America First,’ is working.

Yet another stellar jobs report in April, on the heels of the incredible first-quarter 3.2% GDP growth reported last Friday, the fastest first-quarter growth in 4 years, bodes well for the Trump campaign.

But more good news for the U.S. economy is more bad news for Democrats running for president in 2020. Hard-left liberal Democrats who would never support Donald Trump anyway may be enjoying the progressive race to the far left, but moderate Democrats feel left out.

Independent voters too are not impressed with the far-left policies so directly at odds with the current policy climate in which Americans are finding and keeping work at higher and higher rates.

Will Democrats be able to convince crucial swing voters that Trump’s personal shortcomings are more important than economic growth and vitality? Growth, they argue, that is almost immoral under the authority of a demagogue like Trump and, therefore, should be rejected at the ballot box next November.

Or will undecided voters overlook rude comments and bad manners in favor of a booming economy that shows no signs of slowing?

Obama may have gotten it wrong about the economy in 2016, but some of his other words that year had the ring of prophecy, even then.

“Politicians get the most attention the more outrageous they sound. So if you’re civil and quiet and polite, nobody covers you. But if you say something crazy and rude you’re all over the news. That has fed this kind of arms race of insults and controversy that doesn’t shed a lot of light even though it generates a lot of heat.” — President Barrack Obama, 2016

Trump certainly generates a great deal of heat, burning up the 24-hour news cycles with one angry outburst on twitter after another, when even one angry twitter outburst is one too many. But is there really anything there? With the economy in such good shape, and for every demographic the left claims Trump doesn’t care about, he can’t be all bad.

The 2020 election may tell us what is more important to American voters:

The substance of a booming U.S. economy or the style of Donald Trump?