Small concessions, constant negotiations, and the lure of the global marketplace proves a powerful combination. 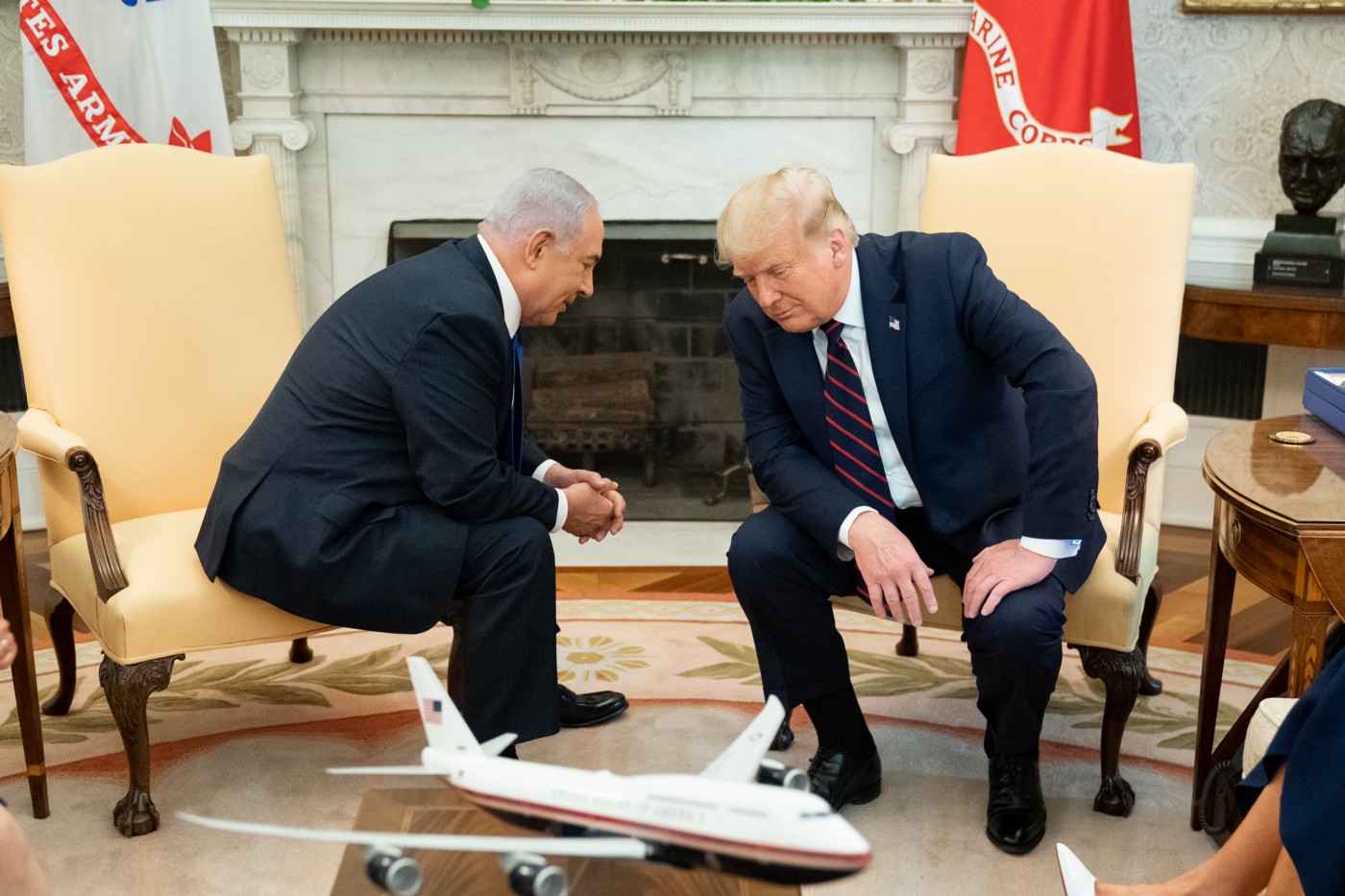 President Trump has repeatedly claimed to be a champion for the Jewish community in America and abroad, and in four years as president has proven himself to be a great ally of Israel.

In December of 2017, President Trump made the startling announcement that the United States would formally recognize Jerusalem as the capital of Israel, fulfilling a central campaign promise Trump made while running for office.

In May of 2018, coinciding with the 70th anniversary of the founding of Israel, U.S. and Israeli officials relocated the U.S. embassy in Israel from Tel Aviv to Jerusalem. U.S. presidential administrations have been promising to make this change since 1995 and each has failed to do so.

Democratic presidential nominee Joseph Biden has told voters that, if elected, he would not move the U.S. embassy from Jerusalem back to Tel Aviv. However, Biden was opposed to President Trump’s decision, which he called “short-sighted and frivolous.”

In March 2019, Trump announced the United States would officially recognize Israel’s sovereignty over the strategic Golan Heights region, becoming the first country outside of Israel to do so. President Trump’s move resulted in Israeli Prime Minister Benjamin Netanyahu naming an Israeli township “Trump Heights” in honor of the American president.

Former vice president Joe Biden claimed President Trump ignores anti-semitism by “not saying a word” when “people are walking into the state legislative body and in front of her driveway carrying assault rifles, Nazi banners and Confederate flags”. Later, Biden told Jewish voters that the 2017 Charlottesville rally which resulted in the death of Heather Heyer, was one of the moments that compelled him to make a run for the White House.

“I had not planned on running,” Biden said at a virtual campaign event. “One of the things that got me involved in this race… was when those folks came out of the fields down in Charlottesville chanting,” Biden said. “They were carrying torches, their veins bulging” and they were “chanting the same antisemitic bile that was heard in the streets of Germany in the 1930s.”

Biden quoted President Trump’s statements on the event, repeating the often mischaracterized claim that the president said “there are very fine people on both sides,” and in doing so “assigned a moral equivalence between those spreading hate and those with the courage to stand against it.”

Biden omitted the portion of Trump’s statement that specifically condemned “neo-Nazis and the White nationalists.”

Trump’s statements on the event at the time were as follows:

After a follow-up question Trump clarified “I’m not talking about the neo-Nazis and the White nationalists, because they should be condemned totally” and stated “Racism is evil, and those who cause violence in its name are criminals and thugs, including the KKK, neo-Nazis, white supremacists, and other hate groups that are repugnant to everything we hold dear as Americans.”

President Trump has condemned anti-Semitism repeatedly, and even signed an executive order combating anti-Semitism in the United States. The order prohibits discrimination within “federally assisted” activities and programs, such as university and college campuses and adopted the definition of anti-Semitism put forth by the International Holocaust Remembrance Alliance.

At the same event, Biden pledged to pursue peace in the world and remain a “steadfast ally of Israel.” The Obama-Biden administration’s relationship with Israel throughout Obama’s tenure as President, however, was strained and unproductive.

In 2016, Israeli Prime Minister Netanyahu accused the Obama administration of helping to orchestrate the U.N. Resolution 2334 vote, which declared the Old City of Jerusalem, Judea and Samaria were “illegally occupied Palestinian territories.”

IBTimes reported at the time that “Vice President Joe Biden is being accused of convincing Ukraine to vote in favor of the United Nations Resolution 2334 Friday that condemned Israel for building housing settlements in the West Bank and East Jerusalem.” The Vice President’s communications director at the time, Kate Bedingfield, said Biden contacted Ukrainian President Poroshenko to discuss Ukraine specific issues but that “he did not discuss the U.N. Security Council resolution.”

One of the most critical ways in which the Obama-Biden administration strained the U.S. relationship with Israel was entering into the Joint Comprehensive Plan of Action with Iran in 2015 . The agreement was opposed by Saudi Arabia and other Gulf states and was bitterly resented by Israeli officials who insisted the agreement jeopardized Israel’s national security.

“In the coming decade,” Israeli Prime Minister Benjamin Netanyahu warned of the JCPOA, “the deal will reward Iran, the terrorist regime in Tehran, with hundreds of billions of dollars. This cash bonanza will fuel Iran’s terrorism worldwide, its aggression in the region and its efforts to destroy Israel, which are ongoing.”

Trump stopped the Iran nuclear deal in May 2018. Netanyahu recently voiced concerns that Joe Biden would reinstate the JCPOA if elected president. Biden has not denied this, saying he would renegotiate the international agreement with Iran, in spite of Iran’s reputation in the region for sponsoring terrorism against its neighbors.

The Trump administration also recently helped normalize ties between Serbia and Muslim-majority Kosovo. At the Abraham Accords signing recently, Trump announced that he expects other Gulf nations to follow, adding “at least five or six countries coming along very quickly.”

Given Trump’s track record on Israel, accusations that Trump is anti-Semitic fall somewhat flat. Trump’s son-in-law and top aide Jared Kushner is Jewish, as are Trump’s daughter and grandchildren. Kushner, and his role brokering the recent diplomatic breakthroughs between Israel, U.A.E. and Bahrain, has earned the ire of Iran’s supreme leader, Ayatollah Ali Khamenei, who recently condemned “the Israelis & filthy Zionist agents of the U.S.- such as the Jewish member of Trump’s family.”

U.S. President Donald Trump and his administration have demonstrated their commitment to Israel and an ability to succeed diplomatically in a region where administrations with more foreign policy experience have failed.