Was better than expected. Is Trump going Presidential in 2019? 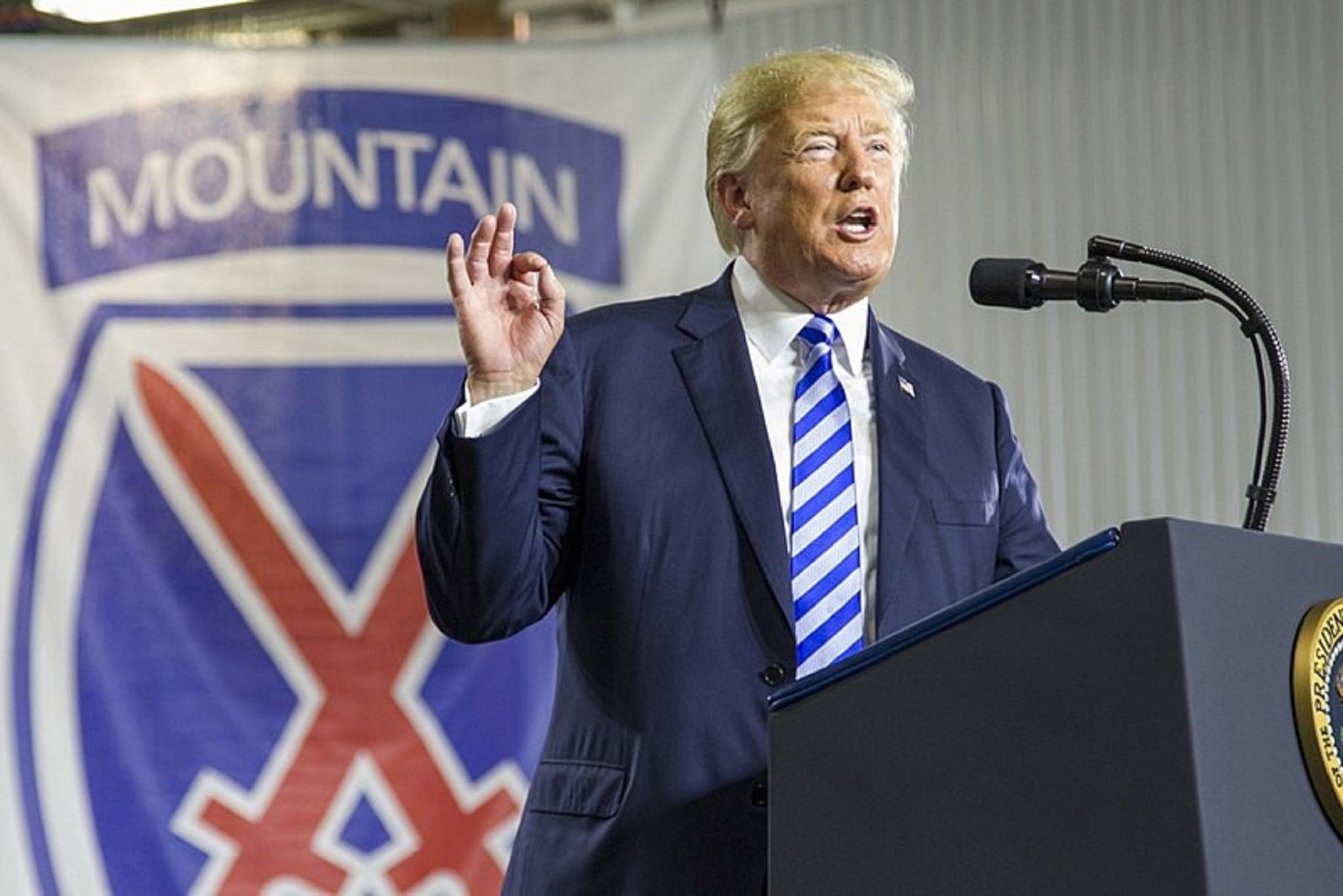 President Donald J. Trump speaks during an event at Fort Drum, New York, in August 2018. President Trump visited the U.S. Army post to recognize Soldiers before signing the National Defense Authorization Act of 2019, which supports the establishment of Army Futures Command which will provide unity of command and effort for the Army’s modernization enterprise. (U.S. Army photo by Sgt. Thomas Scaggs)

He read from a teleprompter what was obviously a professionally-written speech. He sounded, relatively, Presidential.

He is learning on the job, after all.

Many Americans, who are used to polished, professional speeches from elected officials, delivered in such a decorous, almost bland manner as to be almost monotone, find President Trump hard on the ears.

When he was candidate Trump, being hard on the ears was ok. Not great perhaps, but he was also not seriously considered a legitimate threat to the Democratic nominee for President until it was much too late.

Candidate Trump said all kinds of wild and outlandish things all the time: Promises about dealing with illegal immigration with a wall; promises to reverse the relentless export of U.S. manufacturing jobs towards cheap and plentiful labor in other countries; promises to bring healthcare costs down for Americans; promises to negotiate new and better trade deals.

It was all nonsense, of course, but that was ok. Candidates for President always made outlandish and grandiose promises on the campaign trail. Voters don’t mind. Voters even have a high tolerance for outright lying.

Voters like the idea of buying into promises made on the campaign trail: Hey, it might happen, right? It’s not exactly a lie if it might happen. It’s like buying a lotto ticket; you don’t really believe you’re going to win, but it’s still fun to think so.

So, candidate Trump was ok, too. Not great. But also not that far outside the norm. Not that unusual. For a candidate.

President Trump, unlike candidate Trump, is Not OK. Presidents aren’t supposed to talk like that.

Nothing off-the-cuff, no wild hyperbole, no ill-considered remarks, no direct, unscripted and unsupervised-by-committee communications with the public of any kind. Especially not in writing

President Trump is only saying, and doing, now all the same things he promised, and at the top of his lungs, to do when he was running for office.

Trump voters are pleasantly thrilled: He is actually doing all the things he promised them he would do. This is great!

Other voters, less so.

He is still bombastic. He still exaggerates. He is still rude and unscripted. He still doesn’t speak in complete sentences. He doesn’t sound Presidential.

Anyone with more money than sense can become a candidate for President, but surely to attain the great office, a person should at least sound like they know what they’re doing, even if they get nothing done.

Did you practice in the off-season? You can say whatever you want, but the ball never lies.

What do you call a President who doesn’t sound like he knows what he is doing, but keeps getting things done?

Jobs are coming back, even, miracle of miracles, in U.S. manufacturing. Unemployment is way down, the economy on the rise, the U.S. has a new trade deal, hospitals have to post price lists online as of January 1, 2019 and that’s a start on the high cost of healthcare in America.

A major criminal justice reform bill passed, voter rights were restored and expanded. A record number of women and minorities took their rightful places in the legislative body, Democrats took the House in the mid-terms, Republicans kept the Senate; democracy worked, checks and balances thanks to the foresight of the U.S. founding fathers.

The answer, is going Presidential. Here is how Trump needs to do it:

Yesterday, STOP saying wall. The border security measure is very little wall, and what wall is proposed is mostly to reinforce sections of already existing wall. Talk about that until everyone is sick to death of hearing it.

“Women and Children Need Our Help!”

Fentanyl could kill you and everyone on your block with only a small amount. Anyone, at any time, could become injured, endure surgery and physical therapy and become dependent on Fentanyl. The illicit trade of Fentanyl must be stopped. People are dying of overdose in America every day by the thousands.

The border security measure involves Fentanyl fighting tech; anti-tunneling, satellite and GPS tech designed to stop the flow of this deadly substance over the Southern border of the U.S.

Win While Your Winning

Trump could easily help Democrats sell “the Wall” to Democrat voters, and it won’t hurt him in 2020 to do so.

At this point in the economy, Trump supporters would approve if he suggested an all-American, first-annual, apple pie eating contest at the U.S.-Mexico border, loser pays for the wall.

Newly elected Democrat leadership are not so fortunate in their friends. They are not basking in the love and adulation of a voter base for whom they have been relentlessly delivering for since taking office day one.

Some are newly and tenuously elected back to their former leadership positions in the House of Representatives, facing not-so-friendly fire from within the ranks. Some are freshmen Democrats, newly elected and, for better or worse, media darlings who are drawing even more intense scrutiny than is probably good for them.

Going Presidential, means being confident enough in the support of your base, in the job you are doing, that you can afford to let your opponents lose gracefully.

Good sportsmanship is letting your defeated opponent keep his honor. The good sportsman understands that to lose with dignity is intensely difficult; the truly great sportsman has faced soul-crushing loss himself, knows the feeling and acts accordingly.

If Trump can go Presidential here, and let the Democrats save face, there isn’t any reason the Government shutdown can’t be resolved.

The Proof in the Pudding

Left-leaning pundits in the media, Trump’s political opponents and critics in the press alike can call him a liar or a racist, that is a matter of opinion.

What they cannot call him, is a politician who doesn’t keep his promises.