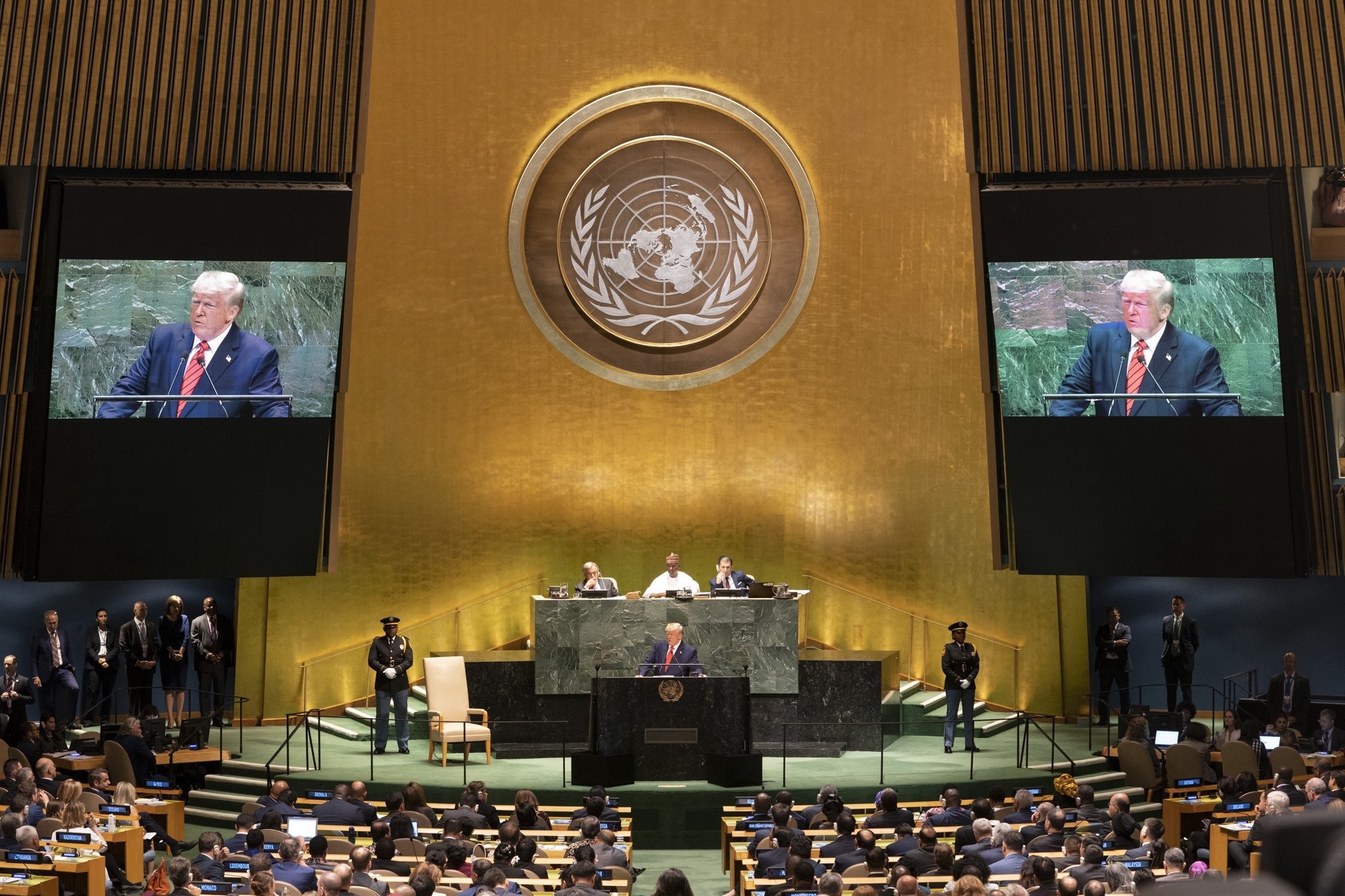 Love him or hate him, President Donald Trump is headline news.

At times, his presidency seems almost too unbelievable to be real- rather more like political theatre. The state of politics in American life today seems scripted for tv, designed to shock and entertain, to captivate an audience.

Real life, only much more exciting.

Trump is cast as the perfect foil, the heel, the villain everyone loves to hate. He says the worst things, gets a round of “boos” from the riveted audience, then everyone just goes back to waiting to see what he will say next.

And America can’t get enough.

Some liberal Democrats were up and arms over the recent White House decision to cancel the White House Press briefings tradition, calling the move yet another reason to distrust the Trump administration.

Not true. The White House press briefing was a farce, and always has been.

Now, we have a President who addresses the public- himself, not through a spokesperson delivering a carefully crafted response- every day, seemingly off the cuff. In many ways, Trump’s is the most transparent administration in history.

It’s made for television.

It is like a cross between Dallas, Wrestle-mania and Survivor. Feuds, showdowns, throw-downs, secrets, plots, lies, tears, dramatic outbursts, breakdowns, meltdowns. No one has fallen into a mysterious coma, developed amnesia, or been unmasked as an evil twin yet, but the year isn’t over.

How, and how quickly, reality tv degraded from an early episode of the Real World- in which one cast member was dismissed from the show because she had a drinking problem, and it wasn’t very MTV to glorify alcohol abuse and exploit some poor, young girl’s struggles with addiction for television ratings- to “Jersey Shore”.

Call it life imitating art imitating life: Liberals in the U.S. keep calling in, en masse, week after week, month after month to vote Trump off the show while an equally large and vociferous group calls to vote him in.

The U.S. is a nation that is almost evenly divided politically. Before Donald Trump, it was ok to disagree with your neighbor about politics.

Now, the Democrats have vilified their political opponents as racist, homophobic bigots who want to destroy American and everything it stands for and the Republicans, mostly the Trump Republicans, have answered in kind, calling their Democratic opponents as crooked, socialist, race-baiting bullies who want to destroy America and everything it stands for.

Voters used to not take these slurs quite so seriously.

When a politician called their chief political rival a crook, it used to be taken with a grain of salt. Well, that’s exactly what someone’s political opponent would say, wouldn’t they?

It was an exaggeration, at best. Spin was a polite word for it. But it was really lying all along. That politicians lie used to be a running joke.

Of course they made promises they couldn’t keep on the campaign trail. Of course they said things like “If you like your health insurance, you can keep it.” and “Read my lips, no new taxes!”

For Joe Biden, liberal journalists point to the lack of any evidence to support Trump’s claim of malfeasance. For Trump, the lack of evidence doesn’t mean anything.

For liberal Democrats convinced that Donald Trump is not another flawed political figure, but rather an extreme departure to a level of graft, racism, bigotry never before seen in American politics, of course they are braying for his blood.

Democratic leadership’s attempt to appease their most vocal electorate with an “impeachment inquiry”, not to be confused with actually articles of impeachment, will backfire.

There have been ongoing Congressional committee impeachment inquiries into Donald Trump for years now, the most famous of which was the Mueller investigation.

If everything liberal Democrats say about Donald Trump is true- that he is a racist murderer, an agent of a foreign government, and a thief of elections- why isn’t he in jail?

Why weren’t articles of impeachment brought against him years ago?

There can be only two reasons they haven’t been, and aren’t being brought now:

Admitting they are being outsmarted by Donald Trump is not likely to be a strategy that appeals much to Democratic leadership.

Nor does walking back some of the their more exaggerated claims about Donald Trump. If the public would even believe their disavowals at this point.

There are currently liberal Democrats who will go to their graves believing Donald Trump colluded with Russia to steal the election from Hillary Clinton, and would argue with St. Peter himself if told otherwise.

Plenty of Republicans hated John McCain, and he was a war hero. Bush raised taxes too much, both of them. Conservatives may admit to somewhat admiring Reagan, but that’s about it.

Love a politician? Trust them?

Some conservatives may admire Trump for his unwillingness to back down under intense pressure from the public and from the press to alter his non-traditional approach to governing, but they aren’t in a hurry to admit it.

Supporting Trump is dangerous in this political climate. Liberal hatred for him has reached a level so intense, only articles of impeachment with satisfy it.

Articles of impeachment were brought against former President Bill Clinton, and we all know how that turned out for Republicans who failed in their gambit to oust the sitting President.

So whether you are living in the Trump dynasty amid a thriving economy and increased safety and security, or the Trump dystopia amid a coming recession and decreased safety, another four years of the Trump show are looking more likely with each passing month.