In the absence of Joe Biden, Trump grappled with host Savannah Guthrie during a contentious NBC Town Hall event. 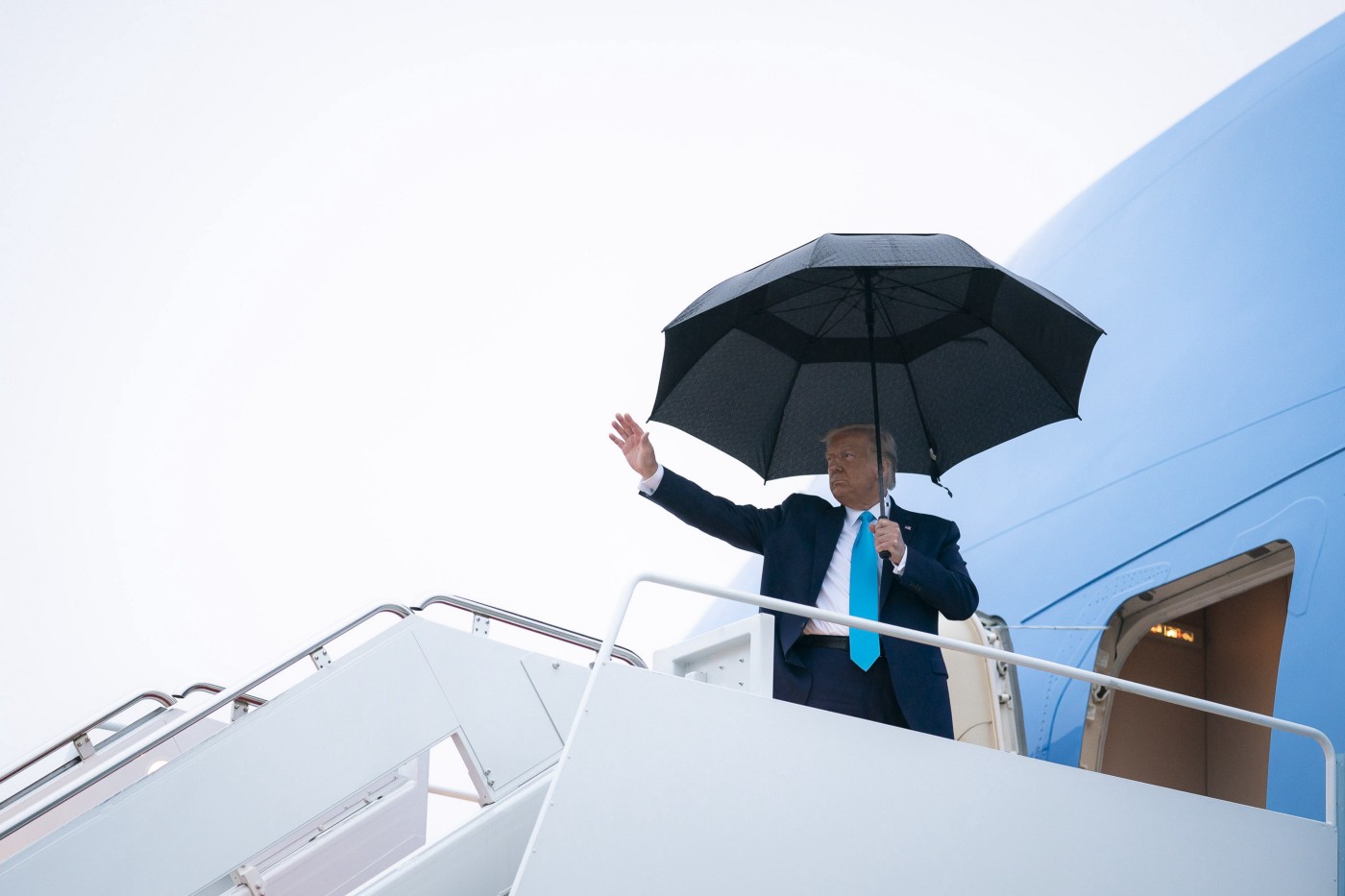 “Today” show host Savannah Guthrie was moderator at the NBC Town Hall event, where President Trump agreed to take questions from citizens in the audience. Guthrie was widely criticized on social media for being biased, and for using the audiences’ time to hammer Trump with questions herself.

For the first 24 minutes of the event, Guthrie alone asked President Trump questions. Guthrie asked a total of 43 questions of Trump, while audience members were only permitted to ask 10 during the course of the program.

The Trump campaign was highly critical of NBC’s choice of Savannah Guthrie following her town hall with President Donald Trump on Thursday night.

“Even though the commission canceled the in-person debate that could have happened tonight, one occurred anyway, and President Trump soundly defeated NBC’s Savannah Guthrie in her role as debate opponent and Joe Biden surrogate,” the Trump campaign said in a statement about the town hall event. “President Trump masterfully handled Guthrie’s attacks and interacted warmly and effectively with the voters in the room.”

“Over on ABC it was a completely different scene, as once again Biden was kept comfortable and away from any questions that might challenge him,” the Trump campaign statement continued. “Americans can see that President Trump is leading the country, has built the economy to the best in the world once and is doing it again, and quite clearly has accomplished more in 47 months than Biden has in 47 years as a failed Washington politician.”

Unlike Joe Biden, Donald Trump was not made comfortable during his NBC Town Hall event. Host Savannah Guthrie asked the president to againdenounce white supremacy, which he has been asked to do and has done for years, though never to the satisfaction of his critics.

Guthrie responded, “You did, two days later,” referring to President Trump’s response to this same question during the recent Trump/Biden presidential debate. Trump then denounced white supremacy again, only for Guthrie to press him further, saying, “this is a little big of a dodge.”

“Are you listening? I denounce White supremacy, what’s your next question?”

“Do you feel, it feels sometimes you’re hesitant to do so, like you wait a beat,” Guthrie responded.

“Hesitant? Here we go again. My people came, I’m sure they’ll ask you the White supremacy question. I denounce White supremacy. And frankly, you want to know something, I denounce Antifa and these people on the left burning down our cities that are run by Democrats who don’t know what they’re doing.”

The President was correct- he has condemned white supremacy repeatedly, only to be targeted with the same question as if he hasn’t. He denounced white supremacy four times to Guthrie, yet she continued to treat him as if he was “dodging” the question. Later during the town hall, Guthrie confronted Trump with questions about peaceful succession.

“You have said the only way we lose this election is if it is rigged,” Guthrie said. “Now, that is simply not true,” she continued; “The fact is either candidate can lose fair and square without ballot fraud.”

“Sure, they can, And do you know what?” Trump responded before Guthrie once again interrupted.

“So, will you accept the results of the election?” Guthrie asked.

“Win or lose, that’s the way I want it to be. But when I see thousands of ballots, right? Unsolicited ballots, being given out by the millions, and thousands of them are dumped in dumpsters. And when you see ballots with the name Trump, military ballots, from our great military. And they’re dumped in garbage cans-”

Guthrie interrupted the president once again, saying “that is a handful…we could go all night, which we won’t.” However, the president continued to note cases of voter fraud and went on to criticize the most recent “peaceful transfer” of power from President Obama’s administration to his own.

“But let me tell just you, they talk about the peaceful transfer, right? They spied on my campaign and they got caught. And they spied heavily, on my campaign. And they tried to take down a duly elected sitting president. And then, they talk about, ‘Will you accept a peaceful transfer?’ And the answer is yes, I will. But I also want it to be an honest election. And so does everybody else. When I see thousands of ballots dumped in a garbage can, and they happen to have my name on it? I’m not happy about that.”

Trump seemingly predicted this outcome before the debate, tweeting “I will be doing a major Fake @NBCNews Town Hall Forum, live tonight from Miami, at 8:00 P.M. They asked me to do it in place of the Rigged Steve Scully (he is now suspended from @cspan for lying) Debate. I wonder if they’ll treat me as well as Sleepy Joe? They should!”

When others besides the “moderator” were allowed to raise questions, voters focused on Trump’s policy stances with regard to COVID-19, immigration, the economy, and his recent Supreme Court nominee Judge Amy Coney Barrett.

Former White House Press Secretary Ari Fleischer wrote on Twitter, “I just switched to NBC since ABC is in a commercial. Savanah[sic] Guthrie has interrupted Trump in these 60 seconds more than Stephanopulos has done to Biden in 40 mins. NBC is an interrogation. ABC is a picnic.”

Reuters reporter James Oliphant said, “Savannah Guthrie tougher on Trump than most, but he also fought back and was better in this arena than he was in the first debate.”

“If Guthrie had been half as civilized and professional as the questioners — for example, asking a question and then politely listening to the answer without having a temper tantrum — that would’ve been a really illuminating debate. Instead, she went Full Clown and Trump stomped her,” Federalist co-founder Sean Davis wrote on Twitter.

Social Media Reporter for the DCExaminer, Andy Mark Miller, wrote on Twitter “@JoeBiden spoke at an @ABC town hall event for 90 minutes Thursday night and wasn’t asked a single question about his son Hunter’s emails or his involvement with Ukraine.”

Other prominent conservatives have also noted that Joe Biden has yet to field any difficult questions about his son Hunter Biden’s laptop and the persistent allegations about Biden family self-dealing.

One of the problems facing Donald Trump, and indeed the Biden campaign, is how polarizing this election has become. As a result, there are very few truly undecided voters left this close to the finish line of the race. As Savannah Guthrie demonstrated, even a neutral moderator is hard to find.

Whether Trump’s town hall- and Savannah Guthrie’s performance- have helped or hurt the Trump campaign, we will know soon enough.