The UAE has normalized diplomatic relations with Israel. Similar peace accords are likely to follow. Why Barack Obama deserves some of the credit. 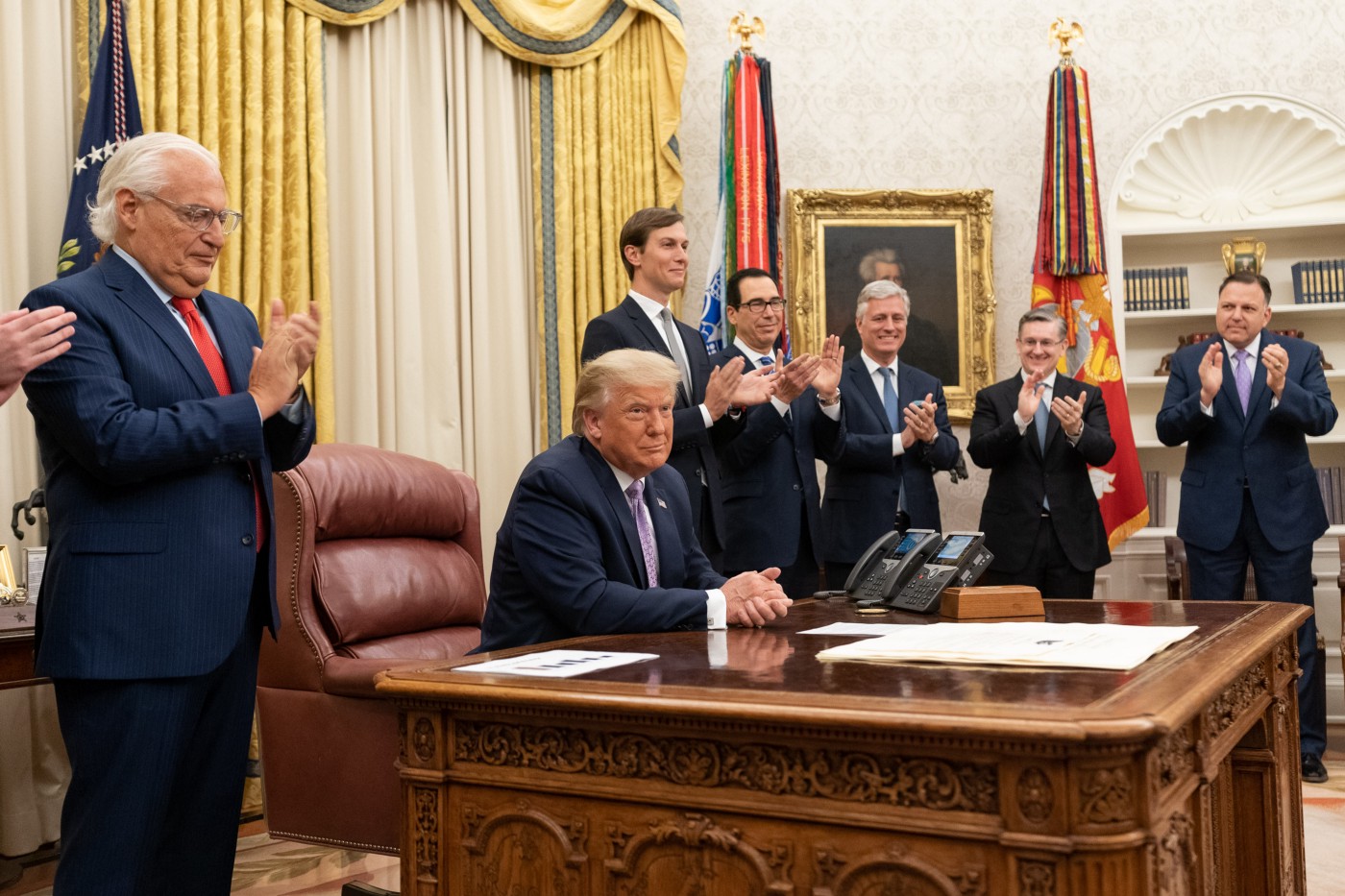 In mid-August, the world diplomatic community was stunned by news that the Trump administration had successfully brokered a historic peace agreement between the United Arab Emirates and Israel.

The Israel–United Arab Emirates peace agreement is a step of enormous significance, the first of its kind between Israel and a major Arab country since 1994.

Even such publications as the New York Times, certainly no friend to Donald Trump, hailed the accord: “A Geopolitical Earthquake Just Hit the Middle East.”

Regardless of one’s political persuasion, or personal feelings toward Donald Trump, this agreement deserves examination on its own merits. The normalization of relations between these two countries is an important step towards peace in the Middle East. Even more important may be the dramatic shift in Israeli foreign policy.

That Israeli leadership intends to abandon- for now- attempts at further annexation in favor of pursuing diplomatic relations with its Middle Eastern neighbors should be deeply heartening to anyone who truly wants peace- and justice- in the Middle East.

President Trump is to be commended on brokering this deal. When former President Barack Obama tried to wrangle the exact same concession from the Israelis during his tenure, they refused.

Throughout his term in office, Trump has made several major concessions to Israel in prelude to this deal- and other deals with are likely to follow as more Arab nations follow the UAE in normalizing diplomatic relations with Israel.

Each of these concessions- formally recognizing Jerusalem as the capitol of Israel, and relocating the U.S. embassy to Jerusalem; recognizing the Golan Heights region as a part of the State of Israel; even being more open about the close diplomatic partnership Israel enjoys with the U.S.- were all sunk costs anyway.

Israel controlled Jerusalem already; it was already considered by Israelis, and tacitly by the rest of the world, as the capitol of Israel. Formally recognizing what had long been quietly accepted cost the U.S. very little. It was merely admitting a truth.

Golan Heights, too, was a sunk cost. Israel had long held the militarily strategic region and was never going to willingly let it go. Especially as the last time Israel conceded land to the Palestinian Authority, the PLO’s proxy terror-arm Hamas used the concession- not to improve the lives of Palestinian people as they’d promised- but to launch more attacks on the Israeli people.

Openly acknowledging America’s close diplomatic relationship with Israel was also merely telling the truth. President Barack Obama’s attempts to, “put a little light between Israel and the U.S.” never fooled Arab nations- or anyone else- into thinking the U.S. was not a staunch military ally of Israel.

Really, President Barack Obama is responsible for brokering this peace deal. If not for his disastrous Iran deal which gave billions of dollars to Iran, this might never have happened.

“When the Trump administration assassinated Qassim Suleimani, the head of Iran’s Quds Force, the foreign-operations branch of the Islamic Revolutionary Guards Corps in January, I wrote a column saying that America had just killed ‘the dumbest man in Iran.’”

“Why? Because what was Suleimani’s business model, which became Shiite Iran’s business model? It was to hire Arab and other Shiites to fight Arab Sunnis in Iraq, Lebanon, Yemen and Syria- to project Iran’s power. And what was the result of all this? Iran has helped to turn all four into failed states. Iran’s clerical leadership has become the largest facilitator of state failure in the Middle East- including its own.” — Thomas Friedman, NYT.

The result has been, that with the massive influx of cash it got from the Iran deal, Iran has sponsored so many terror operations against is nearest neighbors and Muslim co-religionists, as to push Arab countries into peace with Israel for the sole purposes of protection.

Arab countries who have suffered under the ministrations of the “dumbest man in Iran” may well choose formalizing their currently informal diplomatic relationship with Israel over becoming another failed state.

Arab nations like the UAE are still as ideologically opposed to Israel as they ever were. They still consider the majority of the world’s only Jewish state, and all of Jerusalem, an Islamic holy land being illegally occupied by Jewish interlopers.

That concerns about Islamist extremism in the region, emanating from its main source of succor Iran, have superseded a many thousand-year-old suspicion of Jews, coupled with the kinds of relentless propaganda with which Islamic extremists have attempted to indoctrinate generations of Muslim Arabs in the Middle East with anti-Semitism is a staggering shift.

Over the past few decades, the Palestinian authority has rejected all offersof peace- even an offer by Israel during the Clinton administration, of full statehood, 92% of the West Bank, all of Gaza and a capital in Jerusalem. The Palestinians have rejected statehood four times.

After they rejected President Obama’s attempts at peace deals in 2009 and 2014, the tide in the Middle East has been steadily turning against the Palestinian authority.

The rise and threat of ISIS, coupled with the regional expansion and nuclear aspirations of Iran, has made sympathy for the Palestinian cause the least of concerns for many Arab nations.

Middle Eastern countries are waking to the reality that poverty, extremism, and Iran- rather than Israel- are the real threats to their sovereignty.

Bahrain, Oman, Morocco, and the ultimate prize, Saudi Arabia, may be next to normalize relations with Israel. The more allies the Palestinian Authority loses in the Middle East, the less power it wields- in the region and over the regional peace process.

The Palestinian Authority may decide to come to the negotiating table sooner rather than later, while it still has some sway in the region. Waiting until after November would be a huge risk. It is possible the Palestinians would find Joe Biden easier to negotiate with. But it is at least possible that Trump will manage to win reelection.

In that case, the Palestinians would find themselves facing four more years of the Trump administration, which shows no sign of ceasing its peace-making efforts in the Middle East and an eager willingness to hold Iran, and other terror agents, responsible for their actions.

The Democratic Party would do better not to demonize this step towards peace because it came from Donald Trump. It would be far better to admit the shortcomings of the Obama administration’s Middle Eastern foreign policy handed Trump an easy win and assure our friends and allies in the Middle East that both parties are equally committed to peace in the Middle East.