Thanks to rules they changed in 2013, Senate Democrats have almost no hope of stopping him. 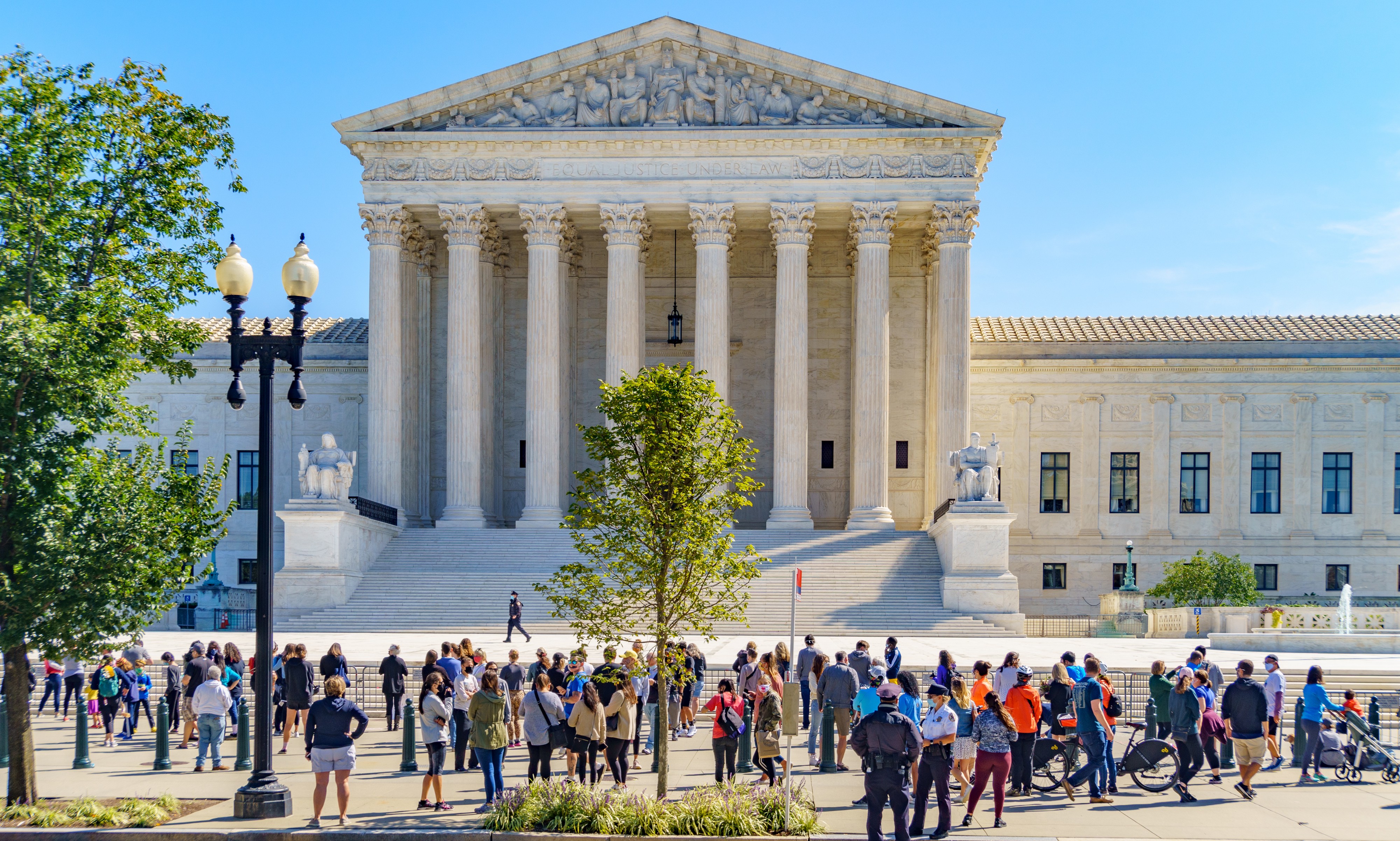 Though he faces stiff opposition from Democrats who insist filling the seat is disrespectful and defies 2016 precedent for confirming judges in an election year, President Trump plans to announce his nominee to the U.S. Supreme Court very soon.

Trump added that the White House will wait to announce a nominee until after funeral services are concluded, “in all due respect” to Ginsburg.

Supreme Court Justice Ruth Bader Ginsburg died on September 18, 2020, due to complications from pancreatic cancer. She was 87 years old. The late justice will be the first woman in history to lie in state at the Capitol, then is expected to have a private funeral service and burial at Arlington National Cemetery later in the week.

“I think the vote, the final vote, should be taken, frankly, before the election. We have plenty of time for that,” Trump said Monday.

“Yeah, I think it should go very quickly. We have a lot of time,” he added. “Especially if the people we’re talking about, most of them are young and they’ve gone through the process pretty recently.”

“One person being considered for the vacancy is 38 years old and could be on the court for 38 years,” President Trump noted in the interview. Many have speculated Trump may have been referring to Rushing, who is currently 38 years old.

The president also offered effusive praise for Judge Lagoa, saying “she’s excellent. She’s Hispanic. She’s a terrific woman from everything I know. I don’t know her. Florida, we love Florida. So she’s got a lot of things, very smart,” NPR reported. Trump has urged the Senate to confirm his nominee before the upcoming election November 3.

Senate Majority Leader Mitch McConnell released a statement informing the public that President Trump’s nominee “will receive a vote on the floor of the United States Senate.”

Most Republicans agree with Senate Majority Leader McConnell that Trump’s nominee should get a vote on the Senate floor. However, Republican Senators Lisa Murkowski of Alaska and Susan Collins of Maine have both said they oppose voting in the middle of an election.

Democrats are urging Republicans not to move forward with filling Ginsburg’s seat until after the inauguration, insisting it is comparable to President Obama’s nomination of Judge Merrick Garland to the Supreme Court in 2016.

The GOP-controlled Senate in 2016 opted not to hold a confirmation hearing due to the presidential election. After the bitter contentiousness of the Brett Kavanaugh confirmation hearings in 2018, however, Republicans aren’t feeling beholden to the standards they set in 2016.

Many Democrats have claimed they would support expanding the size of the Supreme Court if Joseph Biden wins in November, among other measures including eliminating the filibuster.

“Mitch McConnell set the precedent. No Supreme Court vacancies filled in an election year. If he violates it, when Democrats control the Senate in the next Congress, we must abolish the filibuster and expand the Supreme Court,” Senator Ed Markey (D-MA) wrote on Twitter.

House Judiciary Chairman Jerry Nadler wrote on Twitter; “If Sen. McConnell and @SenateGOP were to force through a nominee during the lame duck session — before a new Senate and President can take office — then the incoming Senate should immediately move to expand the Supreme Court.”

“Filling the SCOTUS vacancy during a lame duck session, after the American people have voted for new leadership, is undemocratic and a clear violation of the public trust in elected officials. Congress would have to act and expanding the court would be the right place to start,” Nadler continued.

Elected Democrats may be regretting the action they took in 2013 to help then-President Barack Obama’s nominees clear confirmation in the Senate. Feeling confident Hillary Clinton would eventually claim the executive branch, and thereby the ability to nominate Supreme Court justices, Democrats changed the rules for confirming judges and cabinet members.

Prior to 2013, confirming new Supreme Court Justices demanded a 60-vote threshold, almost a 2/3 Senate majority. Under the Senate Democrat’s new rules in 2013, however, confirming a Supreme Court justice requires only a simple majority. Which Republicans almost certainly have.

While he has expressed no regret for engineering the change, former Democratic Senate Majority Leader Harry Reid admitted in 2017; “I doubt any of us envisioned Donald J. Trump becoming the first president to take office under the new rules. But what was fair for President Obama is fair for President Trump.”

On ABC News “This Week” Senator Ted Cruz (R-TX) defended the nomination, and said “If you actually look at what the precedent is, this is what happened 29 times. 29 times there has been a vacancy in the presidential election year. Presidents have made nominations all 29 times. Each sitting president made their nomination in the event of a Supreme Court vacancy.”

“There’s a big difference in the Senate, with whether the Senate is of the same party of the president or a different party than the president” Cruz continued. “If the parties are the same, the Senate confirms the nominee.”

Republican Sen. Mitt Romney, a prominent critic of Trump and someone Democrats hoped might vote against the appointment, has signaled he intends to evaluate the Supreme Court nominee on their merits and vote to confirm if presented a qualified candidate.

“My decision regarding a Supreme Court nomination is not the result of a subjective test of ‘fairness’ which, like beauty, is in the eye of the beholder,” Romney wrote in a statement. “It is based on the immutable fairness of the following the law, which in this case is the Constitution and precedent.”