He is trying to win it. Are Democrats? 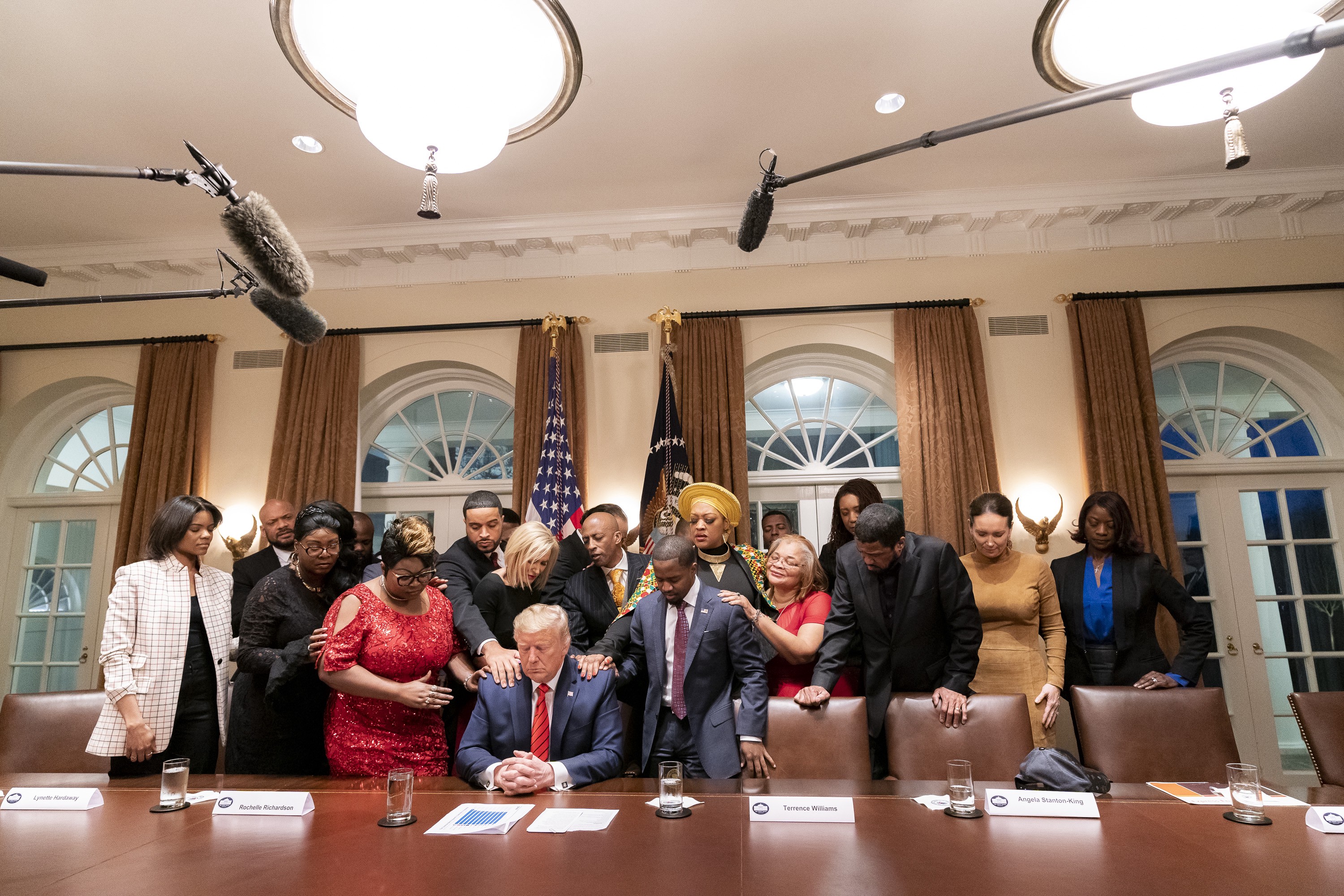 The coincidental timing of the protests against police brutality with the 2020 U.S. election campaign trail has shone a spotlight on the presidential candidates and the potential effects of their proposed policies on African-American communities.

Former Vice President and presumed 2020 Democratic nominee Joe Biden has laid out his plan to “lift every voice” in America for his 2020 campaign strategy.

With his signature hyperbole, President Donald Trump defiantly maintains that he has accomplished more for Black Americans than most presidents- with the exception of Abraham Lincoln.

Even the Washington Post and the New York Times reluctantly concede that Trump isn’t completely without allies in the African-American community.

Respected Black leaders like Housing and Urban Development Secretary Ben Carson and African-American conservative Thomas Sowell have voiced their support for the President. There has even been strong support from unexpected places; Georgia Democratic legislator Vernon Jones has been increasingly outspoken in his support of Donald Trump, as has Michigan State Representative Karen Whitsett.

Donald Trump has spent almost a total of four years in politics and public office. In contrast, presumed Democratic candidate Joe Biden has been working in politics for about 45-years; 38-years as a U.S. Senator and 8-years as Vice President.

Throughout their tenure in office, both candidates have shifted stances on contentious issues. As uprisings against police brutality continue throughout the nation, Trump and Biden have been thrust into the spotlight of racial discrimination in America; its causes and potential solutions.

Outlined in his policies for his 2020 campaign, Joe Biden plans to take direct action on criminal justice reform. But Biden’s past as “the tough-on-crime Senator from Delaware,” his central role in the 1994 “three strikes you’re out” crime bill and the crack-cocaine sentencing disparity it created is coming back to haunt him.

However, as late as 2016, Joe Biden was still defending the passage of his 1994 crime bill and expressed no shame whatsoever at his authorship of the bill or its repercussions.

On the other hand, President Trump recently passed the most comprehensive criminal justice reform bill in decades: The FIRST STEP Act.

This bill eased sentences for nonviolent crimes and allowed those sentenced under racially-motivated mandatory minimums to have their sentences re-evaluated and potentially overturned.

Retroactive application of the Fair Sentencing Act, which reduced the 100 to 1 crack cocaine sentencing disparity to 18 to 1 in 2010, combined with the FIRST STEP Act retroactivity provision, has benefited over 2,000 people with sentence reductions that average nearly 6-years.

91% of the people re-sentenced under the FIRST STEP Act retroactivity provision were African-American.

The FRIST STEP Act included measures to improve conditions for incarcerated pregnant women. It banned the use of restraints on women during pregnancy, labor and postpartum recovery in federal prisons, and it requires the Federal Bureau of Prisons keep data on the number and outcomes of pregnancies.

The White House launched a “Ready to Work Initiative” to connect formerly incarcerated individuals with non-profits and potential employers. Prior to the Covid-19 shut-downs, people released on parole and eager to rejoin the workforce found historically low unemployment numbers.

According to the White House, Trump’s order bans the use of chokeholds by federal law enforcement officers unless their lives are in danger, mandates information sharing to track officers who have serious complaints against them and contains federal incentives for police departments to deploy non-police experts for issues involving mental health, homelessness and addiction.

Biden has promised to appropriate record amounts of funding to HBCUs totaling 70 billion, significantly surpassing the funds appropriated during his tenure as Vice President.

President Trump has appropriated more money than any other president in history for Historically Black Colleges and Universities. Trump has also taken steps to increase the visibility of the HBCU community.

The President established the Presidential Board of advisors on HBCUs and physically moved the White House Initiative on Historically Black Colleges and Universities from the Department of Education to the White House- two moves requested by the HBCU community.

Trump signed an executive bipartisan bill that permanently provides more than $250 million a year to HBCUs along with dozens of other institutions that serve minority students after Congress failed to renew annual funding.

The Trump administration has called on Congress to pass a school choice program. President Trump has called it “the civil rights statement of the year, the decade and probably beyond,” saying, “A child’s zip code in America should never determine their future.”

President Trump recently called on Congress to pass the Education Freedom Scholarships and Opportunity Act, which would give 1 million children an opportunity to attend the school of their choice.

On June 26, Trump enacted an executive order aimed at reforming the federal hiring process, encouraging the government to hire a more inclusive workforce based on skill instead of a person’s education level and/or college degree.

While Trump gains surprising ground with African-American voters, Democrats are scrambling. Yet the Democratic Party seems determined to stick with Joe Biden, ostensibly because of Biden’s strong support within the African-American community.

Biden, however, is a candidate deeply flawed by his history of authoring the 1994 crime bill that saw so many young African-American men serve unfairly long sentences for non-violent drug crimes. Biden is a Washington insider of the deepest dye. What he has failed to do for Black Americans during his over four decades in office is a strong indictment against him.

Joe Biden also has a long and current record of making bizarre and racistcomments; from telling African-Americans still considering the merits of Joe Biden, “they ain’t Black,” to suggesting cops shoot African-American suspects “in the leg,” to recently implying Black parents need only “keep the record player on at night,” to help their children be more successful.

Biden also trails Hillary Clinton in support from the Black community. And with Republicans registering more new voters than Democrats in recent weeks and Joe Biden falling in the polls, the Biden strategy might not be a winning one.