Trump is Right About Syria

When to hold ’em and when to fold ’em. 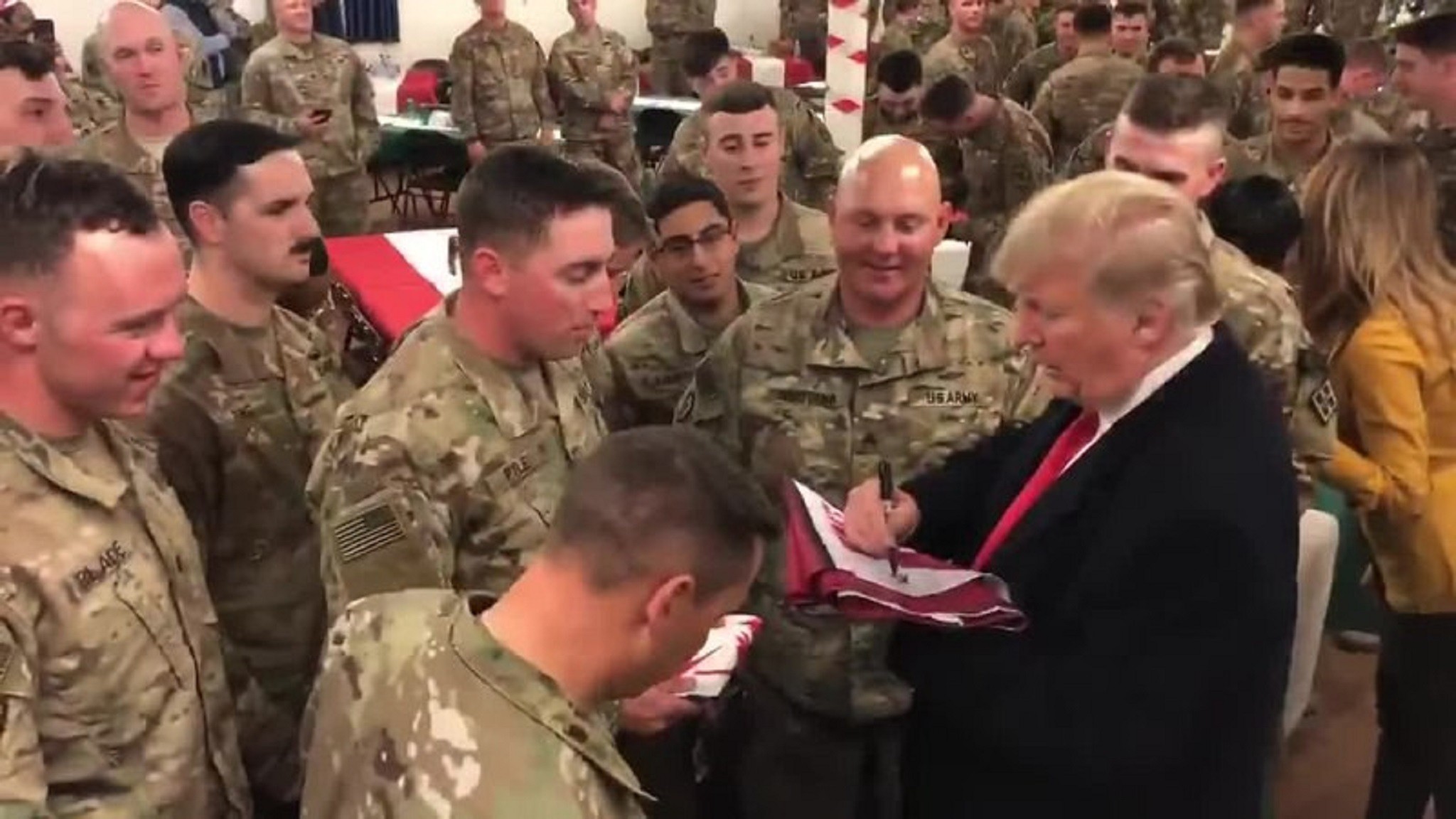 President Donald J. Trump on Twitter: “.@FLOTUS Melania and I were honored to visit our incredible troops at Al Asad Air Base in Iraq. GOD BLESS THE U.S.A.! “ (photo: Donald J. Trump)

At the highest levels of business, the smart money is on someone with an exit strategy.

People who live and die by the sword of industry always have an ultimate goal, an end game, an exit strategy. They don’t start a business, “to make money”, and plan to just let it play out, see what happens.

They predict the future arc of a business or product from idea inception to ultimate goal; sell the product to X, get acquired by Y, get the IPO, make a certain amount of money. At which time, ideally when it is absolutely the most profitable, they plan to get out.

That is how the most successful come out on top. They are not captains who must go down with a sinking ship. They don’t want to ride anything until the wheels fall off. They don’t plan to stick around for the value to degrade, as it always does in time, and they have to take a loss just to get out.

They are investors of their time, energy and capital for a profit.

At the highest levels, any project, company or product is likely not an only child. Get in, achieve, move on to the next project. Repeat.

Likewise, if you want to make a great movie, you have to cut a few scenes.

Even if the scene is really good, even, and then maybe even especially, if it is your favorite scene in the whole movie: If it doesn’t make the whole movie better, it has to go no matter how much you like it on its own.

Do you want one great scene in an ok movie, or do you want a great movie?

Savvy titans of industry and commerce also must be able to recognize, even brutally, when something is not working, and not likely to improve the whole picture.

Sometimes technology moves on too quickly, or doesn’t catch on at all, sometimes even the experts get it wrong. From Hype to Disaster: Segway’s Timeline. Even Steve Jobs invested in Segway.

When this happens, captains of industry do not throw good money after bad; what they have already invested is gone forever and wasting more won’t lure it back.

“When you know you need to make a change, act.” Jim Collins, Good to Great

The Enemy of My Enemy is My Friend

The New York Times and U.S. Senator Lindsey Graham are rarely on the same side of any political issue.

The FIRST STEP Act, recently passed overwhelmingly by the Republican-controlled Senate, might have been one such instance. FIRST STEP brought together the ACLU and the Koch Brothers, after all.

But in the days leading up to the fruition of FIRST STEP, the New York Times seemed to decide that subverting a Trump Administration victory was worth derailing the biggest piece of criminal justice reform legislation to cross any President’s desk in a very long time.

The fix was in, but it didn’t work. FIRST STEP happened, in spite of the suddenly critical slant of liberal-leaning news outlets like the New York Times.

Now, at last, Republicans and the left-leaning media have something they can agree on, or at least appear to: Donald Trump is wrong about Syria.

Trump shocks allies and advisers with plan to pull US troops out of Syria.

The objections of Congressional and Senate Republicans, and General Mattis and his ilk, are perfectly understandable, even predictable. Any drawdown of troops proposed by a Democrat President would unquestionably face steep opposition, based on no less authority than actual voting records.

At least Republicans are consistent: A drawdown of troops proposed by a Republican President is facing steep opposition and criticism from Republicans.

Would the New York Times be so much in the bag against a withdrawal of U.S. troops in Syria if a President Hillary Clinton were proposing it and for the same reasons?

The Political Expediency of Hating Republicans

There are a two things I never would have believed at the end of 8-years of President George W. Bush:

In office, Bush was a cokehead, a hick, an alcoholic, an idiot, part of a wealthy cabal of devil worshippers who secretly rule the world. His daughters were drunks, and worse; his wife a vapid stepford milquetoast.

Out of office, he didn’t even have to wait until after his death to enjoy the tender treatment the left has shown to recently fallen Republican stalwarts former President George H.W. Bush and U.S. Senator John McCain.

So is George W. Bush a war criminal who should be tried for crimes against humanity or is he a lovable grandfatherly scamp with a certain hokey charm?

Depends on what year it is.

The Kurdish fighters who will be the first to suffer the U.S. troop withdrawal are only the latest in a long line of such convenient and casual conflict partnerships the U.S. engages in and disengages in with such wildly unpredictable, unintended and utterly unforeseen outcomes.

Should the U.S. keep doing this? Is it working? Has it ever?

Should the U.S. support Kurdish fighters forever? Especially since Turkey is a more valuable trading partner and asset in the fight against ISIS, and those same Kurdish fighters include the PKK, which is considered a terroristic organization by the Turkish government.

President Trump, as bombastic as he is, seems very unwilling to engage in these types of conflicts. On the contrary, he seems to want the U.S. well and truly out of them.

He seems to think that Trade is More Profitable Than War.

Which is something the New York Times should be buying, no matter who is selling. Even Donald Trump.