Trump is Right about Saudi Arabia

The U.S. needs to move on from a failed and heavy-handed approach to spreading democracy in the Middle East to a smarter foreign policy. 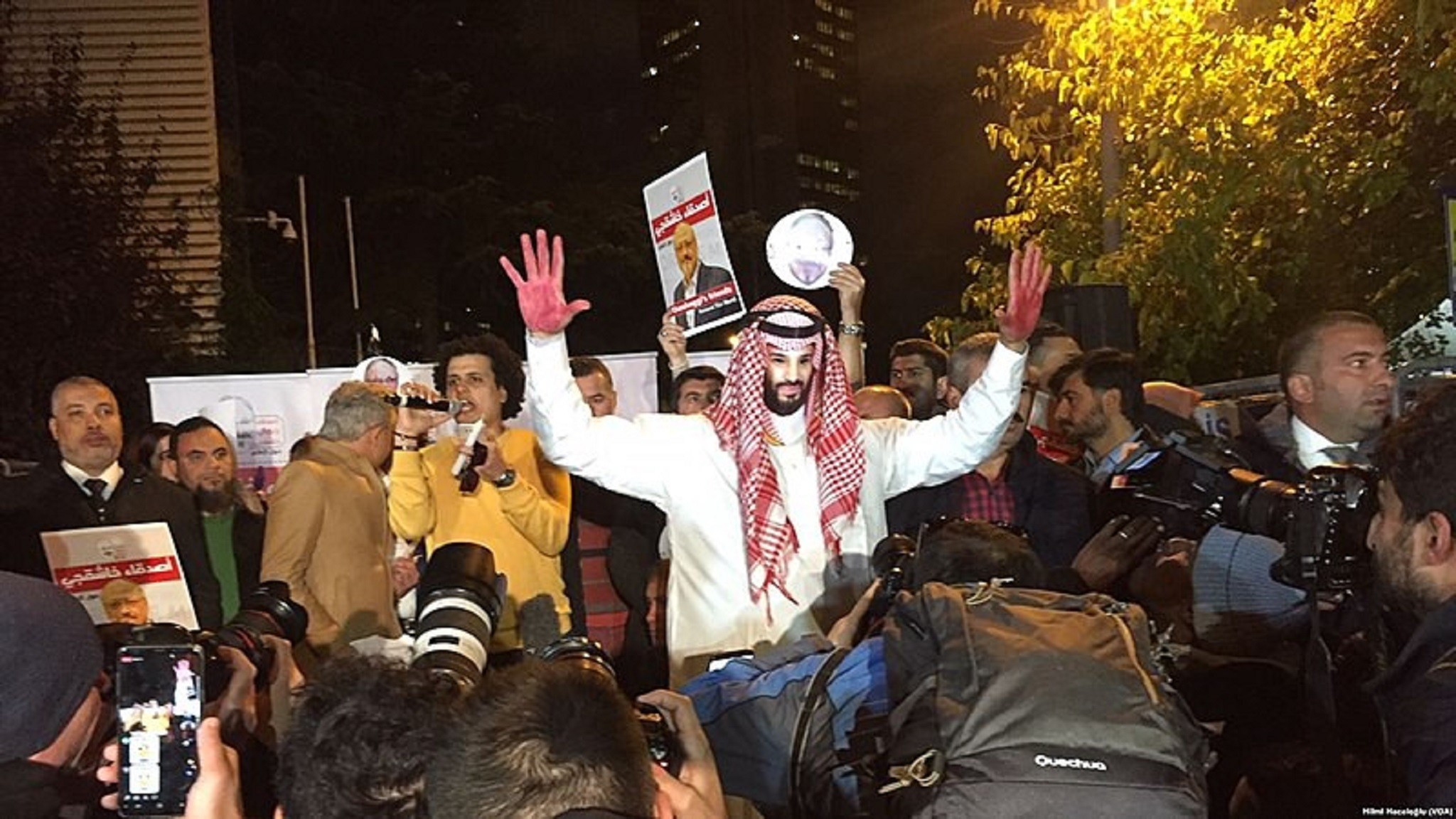 Protest in front of the Consulate General of Saudi Arabia in Istanbul following the murder of Jamal Khashoggi. 25 October 2018 (photo:Hilmi Hacaloğlu)

An outpouring of condemnation from the international community continues in the wake of the disappearance, alleged assassination and dismemberment of exiled Saudi journalist Jamal Khashoggi inside the Saudi Consulate in Istanbul, Turkey in early October 2018.

After President Trump’s remarkable statement indicating the U.S. intends to stand beside Saudi Arabia through this crisis, reactions in the press have gone the gamut from shocked anger to grudging acceptance. Trump’s Stubborn Support for Saudi Arabia Is Indefensible, writes Mark Hannah for NBC News on November 20, 2018. No, Trump is Crude. But He’s Right About Saudi Arabia argues Doran & Bradan in the New York Times.

It may not be what President Trump says, but rather that he says it at all that incenses his opponents so much; even some of his most vocal critics in the press can’t help but admit that Trump is now loudly doing what every other President in history would've silently done, Republican or Democrat.

It can’t be denied that since the Saudi-U.S. relationship began in 1945, every single administration has placed energy and security concerns above human rights concerns.

“I see the outrage as it relates to Khashoggi. But don’t pretend this is some deviation from the norm. Trump’s response gives words (minus the exclamation marks) to the Saudi policy of every other POTUS before him.” -Jonathan Schanzer, Foundation for Defense of Democracies 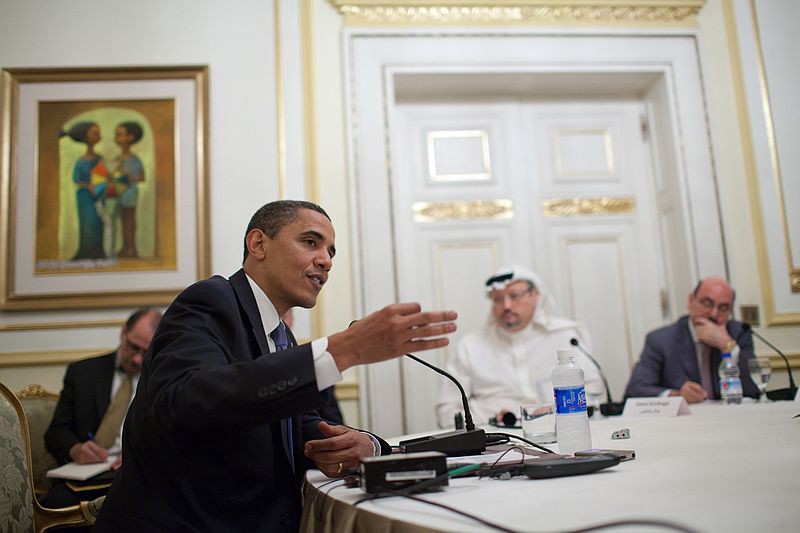 In Part One and Part Two of this series, we examined the killing of Jamal Khashoggi and took a brief look at Why the U.S. Needs Saudi Arabia and Turkish Allies in the Fight Against Terror. What happened to Khashoggi was a terrible tragedy for his family, a loss to the international press community and a blow to a free press. But damaging or severing the U.S. Saudi relationship would only result in more suffering and loss of life.

Saudis on the Front Lines

The U.S. and Saudi Arabia aren't just business associates and allies in the Global War on Terror; they are waging a regional war together against Iran. The U.S. can’t afford to strategically weaken its side in the battle with a nuclear Iran on the line.

World War II left the world of 2018 two bitter legacies; the introduction into the arms race of biological and chemical weapons and the threat of a thermonuclear war with mutually assured destruction.

Death and Worse Than Death

In addition to weapons of mass destruction, and biological and chemical weapons that are too terrifying to contemplate for this article, we are currently living in an age that saw the creation of weapons designed, not to kill quickly, but to horribly maim and disfigure. The thinking behind such weapons? That the enemy’s courage and will to fight would be undermined by a continuous stream of otherwise young, healthy men returning home hideously disfigured.

It’s how the booming U.S. cosmetic surgery industry became what it is today.

The threat of nuclear strikes on U.S. or Russian soil was so terrible and unthinkable that it kept a cold war from turning hot for decades. Today, we have to consider the ethical implications and potential for killer robots. There are drones that can target with pinpoint accuracy, weapons we can’t even imagine. What we know they have, and what they really have.

Since anything that might lead to war is out of the question: 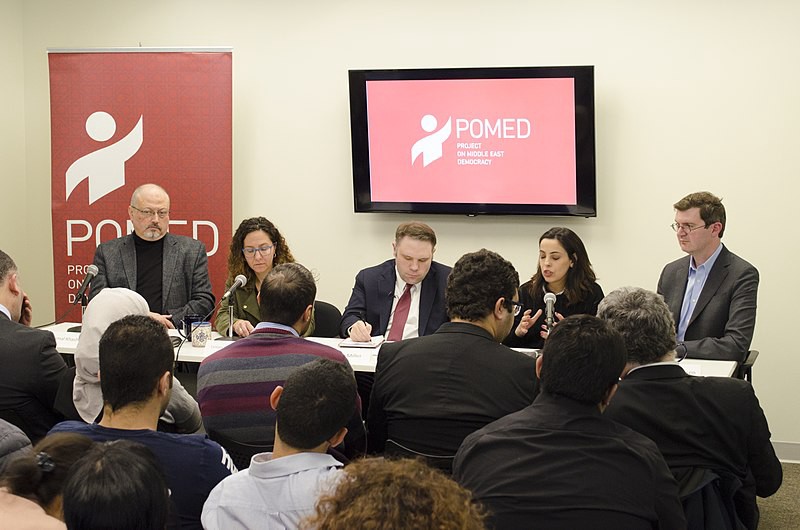 Saudi foreign minister Adel al-Jubeir said in a press conference Wednesday that the Saudi Royal Crown Prince Mohammad bin Salman was over the “red line”. Most took that to mean any and all restitution for this crime and punishment for those responsible ends at this “red line” and for the international community to expect otherwise is a mistake.

Detractors of Trump’s Saudi stance argue that this type of heinous crime against a prominent journalist can’t be allowed to become normalized from nations who fully participate in the international community; don’t worry, it won’t. Critics say Saudi Arabia must be punished; don’t worry, it will.

The U.S. and diplomacy may have to stop at the ‘red line’: The free market does not.

The slap on the Royal wrist, a hollow overture or censure would be as nothing compared to the massive financial and reputational fallout currently plaguing the Saudi Royal family.

On Thursday November 22, 2018: Qatar’s Foreign Minister told an international conference, “Whoever is responsible for Khashoggi’s death needs to be held accountable.”

France joined the international outcry by banning 18 Saudi citizens from French territories and calling the murder “a crime of extreme gravity, which moreover goes against freedom of the press and the most fundamental rights.”

Denmark suspended weapons exports to Saudi Arabia on Thursday, and the European Union’s foreign affairs chief called for a full and credible investigation.

The Prince’s troubles are far from over; there are reports the CIA has concluded with high confidence that MBS directed and ordered the killing, there may even be a recording of the order. Some sources even report that members of Saudi Arabia’s ruling family are considering supporting Prince Ahmed bin Abdulaziz rather than MBS as successor to King Salman.

In life, Jamal Khashoggi wanted everyone to take a closer look at Saudi Royal Prince Mohammad bin Salman. In death, Jamal Khashoggi has become the microscope, through which potential investors, allies and enemies alike will scrutinize MBS for decades to come.