Trump is Not Going to Go Quietly

Nor should he. A Biden presidency will be more successful if accusations of election fraud are properly laid to rest. 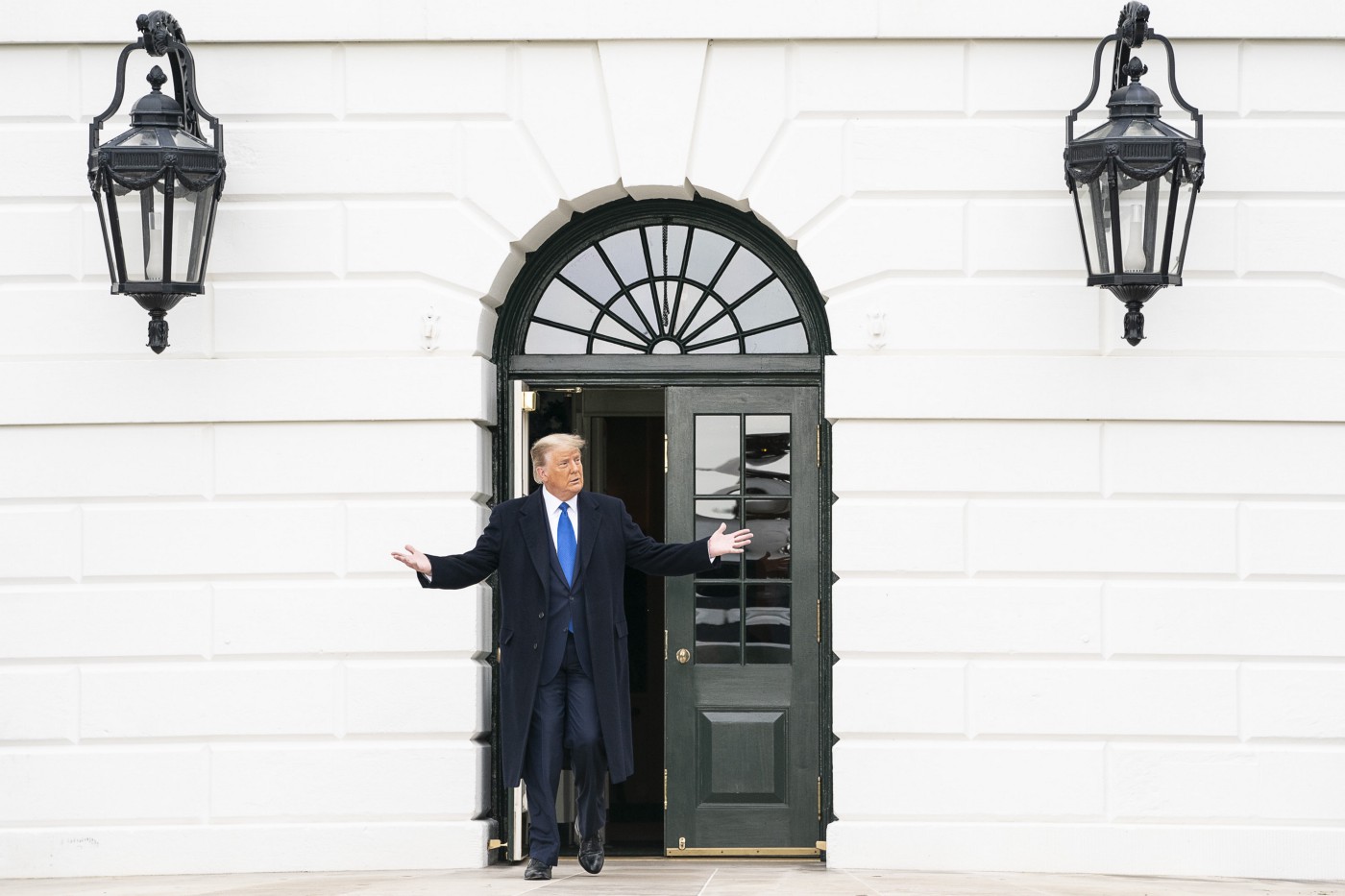 President Donald J. Trump greets guests on the South Lawn of the White House Tuesday, Oct. 27, 2020, prior to boarding Marine One en route to Joint Base Andrews, Md. to begin his trip to Michigan, Wisconsin, Nebraska and Nevada. (Official White House Photo by Joyce N. Boghosian)

No one should have anything to fear from a transparent, fair and legal examination of ballots in disputed swing states, especially with so many accusations of fraud and malfeasance.

Republican voters have been told for months- years, really- that their candidate had no chance of winning. After 2016, after three long years of pushing Russian collusion theories with what we now know was a complete lack of evidence, after all the misleading polling of 2020, it should surprise no one- on the left or the right- that conservatives have lost all faith in mainstream media companies, their predictions and their pronouncements.

Democrats crowing over a Biden “victory” should take a pause: The Democratic Party had a great deal more money to spend on this election, unremittingly favorable media coverage of Democrats, unremittingly negative media coverage of Republicans and Donald Trump, the full cooperation of tech companies to suppress negative stories about Joe Biden and censor Donald Trump, and the complicity of the entire polling industry- Donald Trump still almost beat them. Again.

That it took days- rather than hours- during which the race only went one way- Joe Biden’s- will not help Democrats convince skeptical Republicans.

Four long years ago, Democrats suspected Donald Trump and the Trump campaign of colluding with Russia to steal the 2016 election from Hillary Clinton. Democrats certainly got their Mueller investigation- an exhaustive, divisive endeavor which involved three years, tens of millions of dollars, and a crack team of legal professionals belonging to the Democratic Party.

Donald Trump was forced to withstand the investigation, including the wildest speculations of overly credulous members of the press entertaining the more lurid aspects of the Steele Dossier, i.e., the “pee tape.”

So too must Democrats and Joe Biden endure the next months, perhaps longer, of legal professionals recounting every ballot, examining every report of election fraud, of dead people voting, of mysterious computer program glitches which reassigned votes cast for Trump to Joe Biden, of turnouts over 100% in tight districts.

Unfortunately for Democrats, the shoe is now on the other foot. After four years of crying foul on 2016, of accusations of election fraud- and much worse- Democrats, and the press, have set a very clear precedent.

The Democrats got their Mueller investigation and report; to have done otherwise would have been unconscionable. The accusations against Trump had to be investigated- though it could be argued that the baseless investigation, and more specifically the breathless, non-stop media coverage of the Russia accusations, cost Trump his reelection.

Though there are still Democrats who believe- and will always believe so- that Donald Trump is a Russian agent, these same authorities also believe Jill Stein and Tulsi Gabbard are Russian agents as well. Reasonable Democrats, who have actually studied the Mueller Report, know otherwise.

The Democratic Party’s stubborn adherents to the Russian collusion theory are giving Republicans the best reason of all to fight for election integrity.

By still insisting, four years later, that a few Russian hackers and an unscrupulous American billionaire were all it took to select the leader of the free world, these Democrats are expressing their own lack of faith in our election process. They have spent the past four years- vociferously- perpetuating the idea that elections can be stolen.

However, cooler heads know that if it were that easy to engineer the outcome of an election, we’d all be in real trouble. Other countries, friendly and unfriendly, in addition to corporations, organizations, private interests, wealthy people, religious groups, lobbyists, and everyone else under the sun tries to influence our, and every other, election every year. Of course they do.

The U.S. does the same thing, all over the world, every day.

But this election has been unusual. For the first time in living memory, we did not know the winner on Election Day. Due to recounts and court challenges, we still don’t, though the major media outlets are projecting a Biden victory.

Trump has refused to concede, but that isn’t a reason to panic. Al Gore refused to concede until mid-December the last time an election was in question. Due to the unprecedented nature of COVID-19, and the delayed election results, it makes sense that additional steps must now be taken to remove even the suggestion of election fraud.

There were irregularities, after all, including the fact that Trump was leading by a healthy margin in several of these crucial swing states now in doubt at the end of Election Day, and the vertical jumps which helped Joe Biden close those leads in the days since.

Unless you are a Democrat, and like the 2020 election outcome too much to care, it looks bad. But just like 2016, half of America now believes the other half stole the election through nefarious means.

The very people Democrats need to convince- namely people who voted for Donald Trump and now feel their votes didn’t count- don’t believe the media outlets telling them that Biden is the winner. Nor will they.

Republican voters will believe the evidence, however. These accusations of fraud must be fully investigated and laid to rest, just as in the case of the Mueller investigation. Reasonable Republicans will admit defeat, however grudgingly, if they are allowed their own investigation and time to pursue it. Republican leaders like Sen. Mitch McConnell, Sen. Lindsay Graham and Minority Leader Kevin McCarthy will accept the results of a fair election.

Hopefully, with more grace than some Democrats have accepted the results of 2016.

When Graham, McConnell and McCarthy tell Republican voters that it was close but no cigar, reasonable Republicans will examine what evidence there is and believe them.

Donald Trump will have no choice but to follow.

The alternative- shutting down efforts to investigate accusations of election fraud through a combination of media cooperation, censorship, and threats of retaliation- will make it impossible for Joe Biden to govern effectively over the next four years.

As these last months of social unrest have demonstrated so effectively, our U.S. government requires the consent of the governed to work properly. Without it, Trump’s mandate was never all that strong. Without it, Joe Biden’s will be just as weak, divisive and ineffectual.