Trump Gets His Holiday Miracle

Confounding his critics in the press, Operation Warp Speed has delivered on Trump’s promise of a vaccine by the end of the year. 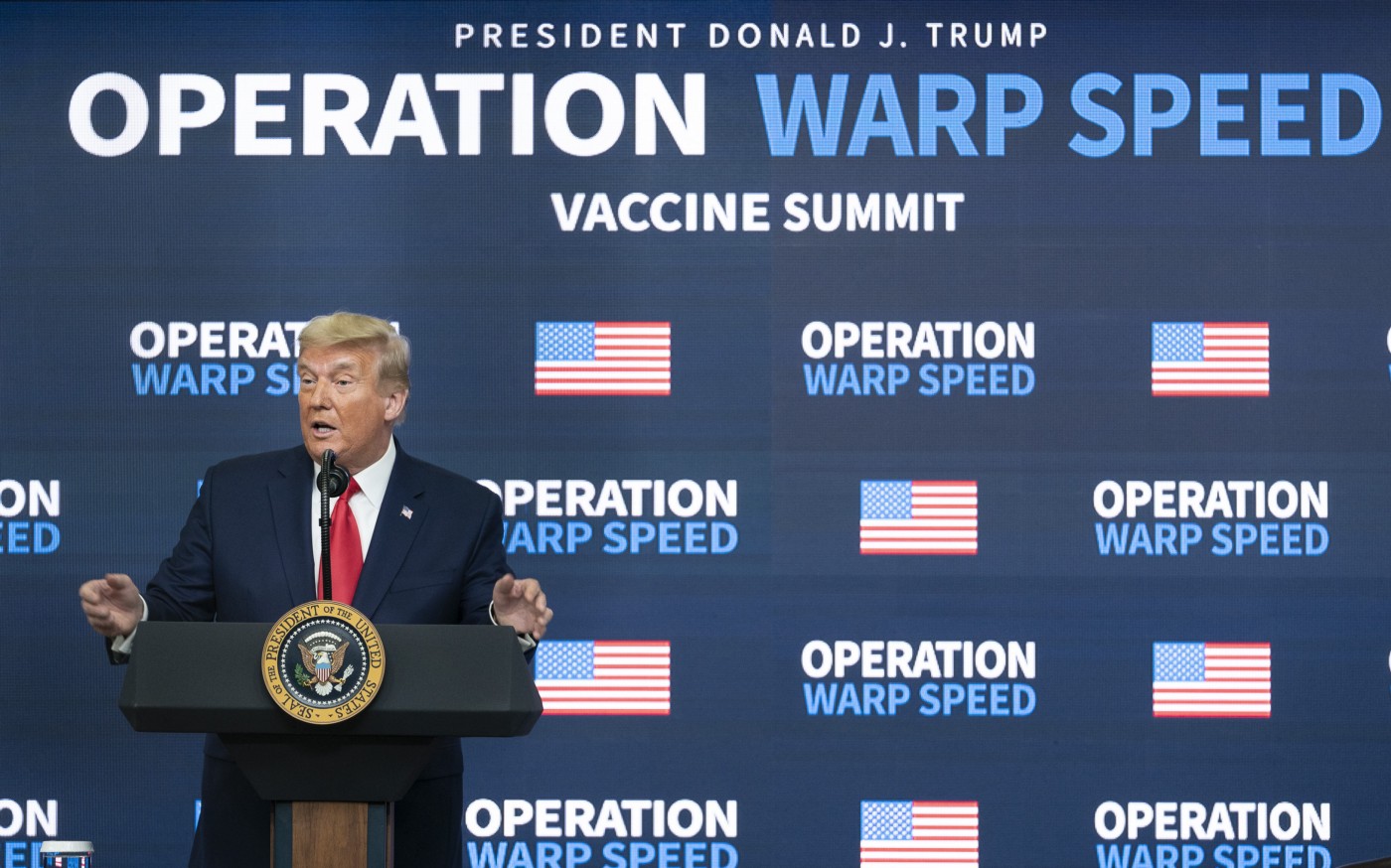 U.S. Gets the Vaccine

“It is rooted in science, I trust science, and the alternative and what I have seen and experienced is far worse,” Lindsay said of the vaccine. “So it’s important that everyone pulls together to take the vaccine, not only to protect themselves but also to protect everyone they will come into contact with.”

Lindsay said she wanted to “instill public confidence that the vaccine is safe.”

During his conference Gov. Cuomo said, “we prioritized health care workers at the top of the list to receive the vaccine because we know that you are out there every day putting your lives in danger for the rest of us.”

“So this is the light at the end of the tunnel,” he said. “But it’s a long tunnel and we need people to continue to be doing the right thing. And the smart thing, all through the holiday season. And hopefully, when we get to about June, they estimate the vaccine can hit critical mass, but the health care workers will get it first because we know that you’re super stressed during this holiday season.”

President Trump had made various remarks on the timeline of the vaccine, many times insisting the vaccine would be available before 2021.

On May 14, President Trump wrote on Twitter “Good numbers coming out of States that are opening. America is getting its life back! Vaccine work is looking VERY promising, before end of year. Likewise, other solutions!”

Later that day he reiterated to reporters that “I think we’re going to have a vaccine by the end of the year.”

However, his statements were met with ridicule from major media outlets. Skeptical experts were quickly assembled to express their doubts about Trump’s optimistic timeline. ProPublica reporter and CNN analyst Jessica Huseman responded to the president’s tweet, writing “Go ahead and flag this tweet for when we do not have that vaccine by the end of the year.”

“I would bet my left arm that Donald Trump can’t spell vaccine, let alone be able to make a prediction about when we’re likely to see one,” Steve Schmidt, Lincoln Project co-founder and MSNBC contributor, told Joy Reidon May 15.

The NBC Fact Check quoted Emory professor Dr. Walter Orenstein, who said “a lot of things could go wrong” and a vaccine in a minimum of 12 months was only “technically possible, it is unlikely.”

“Experts say that the development, testing and production of a vaccine for the public is still at least 12 to 18 months off, and that anything less would be a medical miracle,” wrote reporter Jane C. Timm.

Glenn Greenwald, former founding editor of the progressive news site, the Intercept, wrote on Twitter; “CNN’s @JessicaHuseman (of @propublica) also confidently assured everyone Trump was wrong & there could not be any vaccine by year’s end. Obviously, all they cared about was telling anti-Trump partisans what they wanted to hear, not the truth.”

The Spectator’s Amber Athey wrote “the media could have accepted that the President probably has better insight into the timeline of vaccine development and approval than those not involved in the process. Instead, they roundly mocked his prediction, declaring with the backing of so-called ‘experts’ that it would require a ‘miracle’ for the vaccine to be ready by 2021.”

Trump’s unlikely prediction all those months ago- that the U.S. would have a vaccine by the end of the year- has proved true. This is good news for the U.S.- and indeed the world.

Less good is the news that each instance of mass media fact-checkers and gatekeepers being pre-emptive, then later being proven wrong, further undermines faith in the media- at a time when faith in the media would help Democrats most.