Is a majority of the voting public really ready to defund the police? 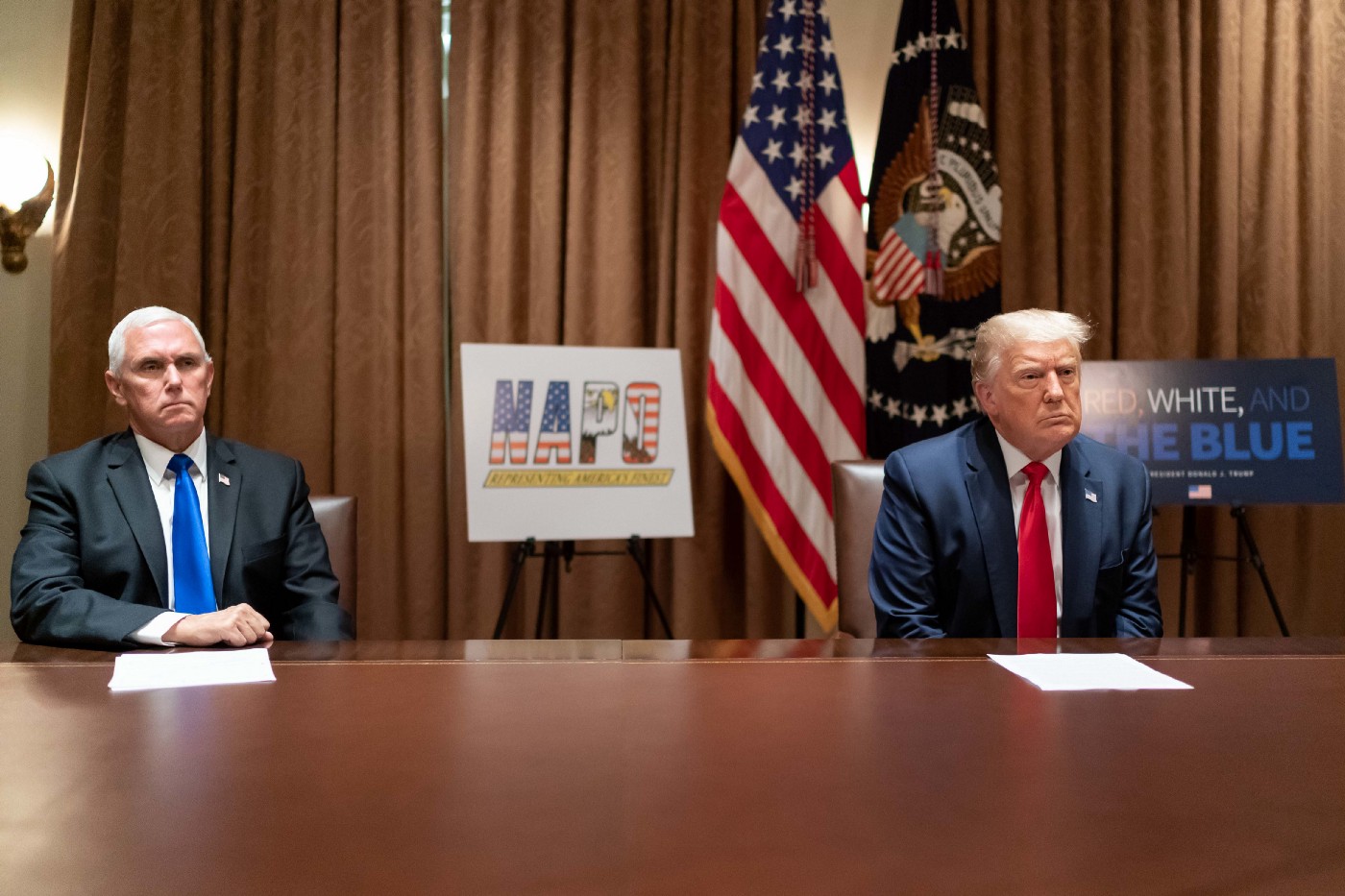 Most Americans had never heard the phrase, “defund the police,” prior to the end of May 2020, when the brutal killing of George Floyd by police officers in Minneapolis thrust the Black Lives Matter movement, and their platform of defunding the police, into the spotlight.

The calls for these concessions were suddenly everywhere; written in graffiti on buildings in large cities, a condition under which a teacher’s union in California would agree to return to work in the fall.

These relatively new ideas were openly discussed in the public square. Journalists and media companies devoted plenty of digital ink to the topic. One doesn’t need to be a data scientist to know that searches for the topic “defund the police,” went up suddenly and sharply in June.

Soon, it became clear, and it remains clear, that on the left, “defund the police,” doesn’t mean the same thing to every Democrat.

The calls for reform range from redirecting funds usually reserved for police departments to fund other vital social services which have been sadly neglected during the the War or Drugs, to fully eliminating policing.

Mental health care, addiction counseling services, social work; these services have certainly been neglected in the past decades. Proposing to fund such services- in order to reduce the burden on police departments, who struggle to deal with these ongoing issues and lack adequate training to respond properly- is a great idea.

It is unfortunate that activists have termed this reasonable and modest reform proposal, “defund the police,”. That phrase may make a good sound byte on the news, or sound good chanted in a protest, or be a perfect twitter hashtag, but it sounds far more extreme than it is.

This fact is going to make it much more difficult sell. In a few short months, voters are going to be asked to decide if, “defund the police,” is a sound strategy they feel confident federal, state, and local officials are capable of carrying out in the immediate future.

There is another issue which is making the task of getting the majority of voters onboard with such a proposal even more daunting.

In our new 24-hour news cycle, the way ad revenue works has incentivized and elevated the most salacious, most extreme, most contentious arguments. With that incentive, journalists and media companies have very little motivation to provide thoughtful, reasonable commentary from experts on exactly what funding mental health services and social work in this country would look like.

Instead, our media publishers are giving voice and platform to the most extreme voices; the, “Yes, we do mean abolish the police,” Democrats.

Again, this sentiment might get you a rousing cheer from BLM protestors, which may make Democrats think everyone is ready to accept such a strategy- in November.

They are deluded. Portland’s recent BLM protests, if indeed that is still what they are, involve a couple hundred people, at most. On average at their peak, a few thousand. 650,000 people live in Portland; the majority of whom were certainly not out in the streets in June calling to abolish the police.

Twitter is another place that such a strategy appears, in only two months, to have reached the kind of critical-mass, widespread acceptance it will need to advance legislation in a Democracy. But not everyone is on Twitter; only 1 in 5 Americans. Out of that 20%, not all are likely voters.

A small, vocal minority on the left has accepted, “defund the police,” even if that truly means, “abolish the police.”

Everyone else is unconvinced.

The uptick in violence major cities have experienced in the past few months, the massive looting operation which took place in Chicago last weekend, have made people even more skeptical of such a platform.

The moving trucks in Seattle’s former CHOP, in New York City, in Minneapolis, in Chicago; the gun shelves in stores all over the country which have been cleared in the last two months tell us more than polls.

But the polls say the same thing; American voters are not ready to defund the police. In fact, many voters seem to be moving in the opposite direction. The violence, the escalation in demands, the scenes in Seattle, Chicago and Portland, has squandered much of the sympathy for the cause generated by the death of George Floyd.

Giving the microphone, giving the platform to the most extreme voices- like the young activist in Chicago who dismissed the massive looting operation in Chicago’s downtown shopping district as harmless reparations since those businesses are all insured- is dangerous for Democrats.

This type of opinion isn’t helpful to Democrats who need to win in November.

You don’t have to be an economics expert to understand that businesses which are looted twice in two months aren’t going to be able to get insurance much longer. Not at that location, anyway.

The businesses who didn’t have insurance might never reopen again. If they do, it certainly won’t be in a place where their property isn’t protected.

Black Lives Matter became a household name in the last two months. Their cause received an outpouring of support with grief for George Floyd.

Those Black Lives Matter donations poured into Democratic coffers in June; and in July. But with that financial support, with the Democratic Party’s full-throated endorsement of the organization, has come something else.

For better or worse, Democrats are now the party of defunding the police.

Trump will have no trouble whatsoever painting Democrats with this brush every day from now until November. The Democratic Party will be branded naive anarchists who want to abolish the police and leave communities vulnerable to crime.

He will have plenty of help from the progressive left, who are anxious to prove themselves fully committed to destroying law enforcement as we have always known it.

Can Democrats manage to downplay the proposals guaranteed to send moderate voters running for Donald Trump on Election Day?

Elected Democrats should hope so. If not, Democrats may be heading into a repeat of 2016 as voters, scared about increasing violence and convinced a vote for Joe Biden is a vote for looting as a form of reparations, decide to let Trump do their dirty work.

“It’s a left-wing war on cops,” Trump said to a cheering crowd as he accepted an endorsement from the New York City Police Union yesterday.

“I cannot remember when we’ve ever endorsed for the president of the United States until now. That’s how important this is…Mr. President, we’re fighting for our lives out there we don’t want this to spread to the country, we need your strong voice across the country.” — NYC Police Union President Patrick Lynch