The moment everyone was waiting for- but quickly regretted. 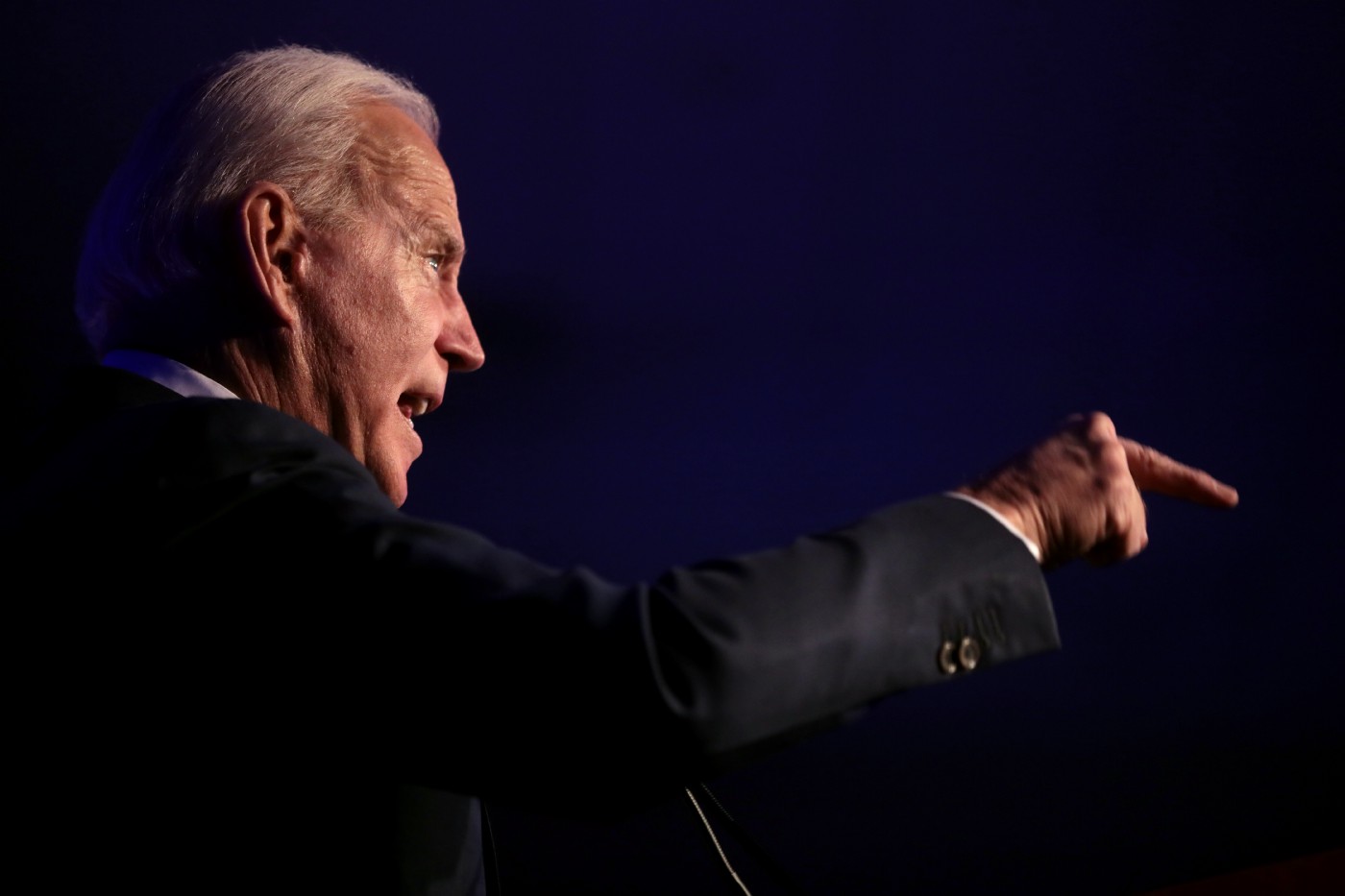 Moderator Chris Wallace of Fox News scolded the president several times for interrupting and repeatedly asked both candidates to stop interrupting one another. The president clashed with Wallace, especially while discussing healthcare policy. Trump accused the moderator of joining the debate, rather than moderating.

“You promised to repeal and replace Obamacare but you have never in these four years come up with a plan, a comprehensive plan to replace Obamacare,” Wallace said before Trump spoke over him.

“Of course I have. I got rid of the individual mandate,” Trump interjected. “That is absolutely a big thing. That was the worst part of Obamacare.”

After unintelligible sounds of the two talking over one another, Wallace said, “Mr. President, I am the moderator of this debate and I would like you to let me ask my question.”

“You, in the course of these four years, have never come up with a comprehensive plan to replace Obamacare, and just this last Thursday, you signed a largely symbolic executive order to protect people with preexisting conditions five days before this debate, so my question is what is the Trump healthcare plan?” Wallace asked.

“Well, first of all, I guess I’m debating you, not him. But that’s okay. Let me just tell you something, there’s nothing symbolic. I’m cutting drug prices, I’m going with favored nations, which no president has the courage to do cause you’re going against big Pharma. Drug prices will be coming down 80 or 90 percent,” Trump responded.

Throughout the debate, President Trump and Joe Biden engaged in a chaotic back-and-forth, arguing over issues such as the Supreme Court, Coronavirus, and Joe Biden’s son. Too soon, the proceedings devolved into name calling and incoherent shouts.

Former Vice President Biden refused to answer several important questions- such as whether or not he would expand the supreme court to twelve seats and appoint three new Supreme Court Justices- and Wallace failed to press him to clarify. The president’s aggressive behavior visibly irritated Biden at several points throughout the debates and Biden lashed out in response, at one point telling the president to ‘Shut up, Man.”

Since the conclusion of the chaotic first debate, one of the chief narratives of the media has been the oft-repeated claim that “Trump declines to denounce white supremacy”.

“You have repeatedly criticized the Vice President for not specifically calling out Antifa and other left-wing extremist groups.” Wallace said to the president during the debate. “But are you willing tonight to condemn white supremacist and militia groups and to say that they need to stand down and not add to the violence in a number of these cities. As we’ve seen in Kenosha and as we’ve seen in Portland.”

“Sure I’m willing to do that,” Trump responded quickly.

Even though this seemed to be an agreement that the president does not support white supremacists, both Biden and Wallace pressed Trump to continue, with Wallace saying “Go ahead, sir.”

“I would say, I would say almost everything I see is from the left-wing, not from the right wing,” he replied, asking Wallace to “what do you want to call them? Give me a name.”

“Proud Boys, stand back and stand by,” Trump said.

Trump may not have heard all of Wallace’s statement over Biden’s interruption, but the quote has already been excised and amplified by the left, with a great number of journalists and even Democrat elected officials claiming the Proud Boys are white supremacists.

Trump’s “stand back and stand by” comment was awkwardly-phrased and could be perceived as inappropriate, but seemed to allude to “stand down,” which is the phrase Wallace used to introduce the question.

Since the debate, Trump’s campaign has clarified the president remarks, saying he meant “Stand by the wayside and get out of the way and let law enforcement do their job. President Trump has condemned the violence from the left, from the right.”

Is this enough to “get Trump?”

Trump has been asked about this issue before and has condemned white supremacy on various occasions. Two days after the Charlottesville rally in 2017, President Trump said “Racism is evil. And those who cause violence in its name are criminals and thugs, including the KKK, neo-Nazis, white supremacists, and other hate groups that are repugnant to everything we hold dear as Americans.”

In his recently unveiled “Platinum Plan” for Black Americans, Trump outlined his intention to designate both the KKK and Antifa as terrorist organizations.

However, as Trump pointed out, the violence we’ve seen since the beginning of the summer is due to left-wing extremist groups. While some in the media have been anxious to insert a narrative of “White supremacist infiltrators” causing the violence, the evidence does not bear this out.

Of the many people associated with the protests who have been arrested since the demonstrations began in late May, one has been linked to extremist right wing groups- he allegedly brandished a weapon and shot at people with a paintball gun during a counter protest in August. Many of the those arrested for rioting, looting, arson, attacks against police, and other violent acts over these past months have professed public support for and membership in Antifa.

There were many issues with the debate and regardless of party, both sides can agree that the moderator under-delivered. He was unable to control either candidate as they interrupted one another and there were a myriad of false claims that noticeably lacked fact-checking or correction from either party throughout the debate.

There are fact-checks provided after the debate, but if the moderator does not allow each party to rebut the other’s claims, should the moderator allow claims to go uncorrected while millions of viewers are watching? What if voters don’t search for the correct answer after-the-fact?

Debates are usually back and forth exchanges: After each side makes their argument, rebuttals are allowed. Wallace posed questions to both candidates and allowed two minute answers from each, but there were no rebuttals allowed. On any occasion the president tried to provide a rebuttal to Vice President Biden’s claims, Wallace asked him to quiet down.

Biden wasn’t given ample opportunity to refute Trump’s claims, either.

The American people would benefit significantly from an open discussion with timed segments, without either party interrupting, and timed rebuttals, so both candidates are able to provide a defense and counter to the other’s claims.

What the American people had to endure last night should never occur again.