Tough Start to Trump Presidency Ends in No Collusion

For two years, Trump has been pushing his presidential agenda uphill through a legal tangle of investigations. How will the Trump presidency change now that the Mueller report failed to topple him? 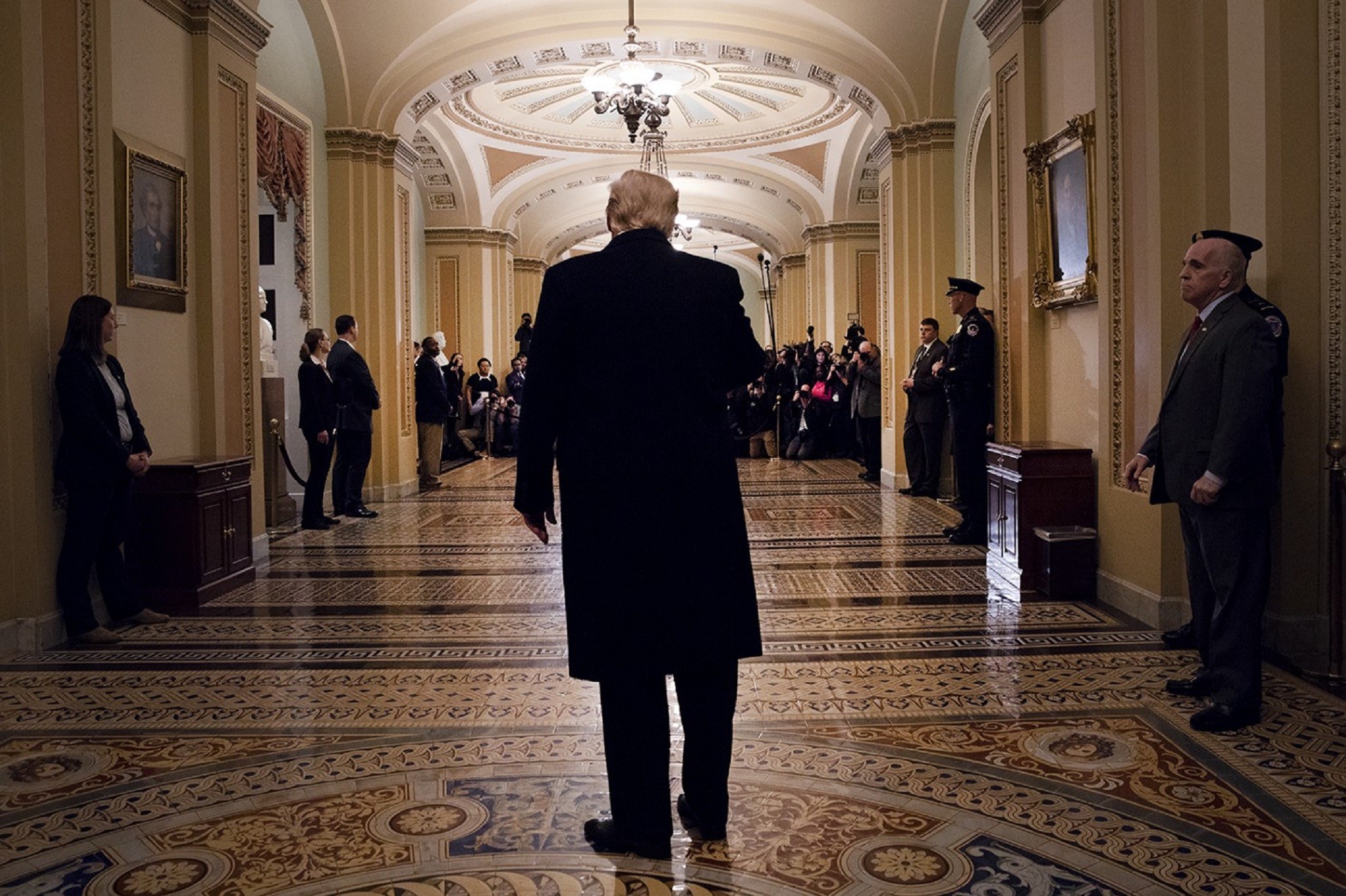 “So that is the bottom line. After nearly two years of investigation, thousands of subpoenas, and hundreds of warrants and witness interviews, the Special Counsel confirmed that the Russian government sponsored efforts to illegally interfere with the 2016 presidential election but did not find that the Trump campaign or other Americans colluded in those schemes.” — U.S. Attorney General William Barr, April 18 2019

All amounting to nothing.

No further charges will be filed. No indictments of the President and his inner circle, as we’ve been promised, will be forthcoming. President Trump is not going to be removed from office, in handcuffs or otherwise.

Unless Democrats defeat him in the upcoming election, which is looking increasingly unlikely as the days pass and Democratic leadership fails to focus on the issues voters really care about, the issues that cinched them the House majority in 2018. Like health care.

The final blow was dealt to the Trump-Russia collusion narrative today as the Mueller report was released, with very little redaction and to much acclaim on the right and much weeping and gnashing of teeth on the left.

And, most telling of all, no reaction at all from the stock market.

Elected Democrats considering whether or not to double-down now on Trump investigations or cut their losses and move on to the issues need to do some critical thinking. Trump’s stubbornest detractors need to look with their eyes, not their hearts.

Look at history, how Republicans fared in the election following the Starr report, which was deeply and personally damaging to Bill Clinton, yet failed to remove him from office. Look to Israel, whose electorate just completely ignored pending legal charges against sitting President Benjamin Netanyhu and reelected him anyway.

Most of all, look to the stock market. The Mueller report, hotly anticipated after two long years of wild speculation, was released today and the stock market reacted with a shrug. Meaning? Nothing unexpected. Nothing doing.

The Mueller report was long dreaded by Wall Street insiders, some experts predicted massive shocks to the stock market. Those shocks never came; because no bombshell was revealed during the Mueller investigation. If Mueller didn't find it, with all his resources, it can’t be found or there is nothing to find. Which legally, amount to the same thing.

There are lessons in the Mueller report that Democrats ignore to their electoral peril. Failing to heed to past lessons of the Starr report, and the more recent instructive lessons clear in the Israeli reelection of Benjamin Netanyhu amid legal troubles of his own, will only erode Democratic power; not strengthen it.

Democrats, on the other hand, since the Mueller probe has now fizzled, haven’t benefitted in the slightest.

Worse, more voters than ever, on both sides of the aisle, are now convinced that spying did occur…on the Trump campaign. Whether you like the guy or not, any American has the right to run for office without interference from their federal government.

But almost as if they haven’t learned, vocal opponents of President Trump are still calling for impeachment, not based on evidence, but as an instrument to legally delve further into every nook and corner of Donald Trump, the Trump family, the Trump campaign and his subsequent election.

It is a strategy much like a police car determined to catch a certain driver breaking traffic laws, following them until they inevitably if inadvertently do: Eventually, the driver wouldn’t quite come to a full and complete stop at a stop sign, or they would coast over the speed limit on a steep decline. They might make the wrong split-second call at a yellow stoplight.

House Democrats have expressed the circular-reasoning fantasy of every law enforcement officer and district attorney in the country with suspicions of certain characters but without enough evidence to support a search warrant.

It would be nice, wouldn’t it? Luckily for innocent people who are accused of crimes everyday, that is not how the U.S. legal system works.

Legitimizing a campaign of harassment, intimidation, and assault on civil liberties against someone guilty of belonging to the wrong political party is something Democrats must avoid at all costs. Instead, they must master their disappointment and move on. 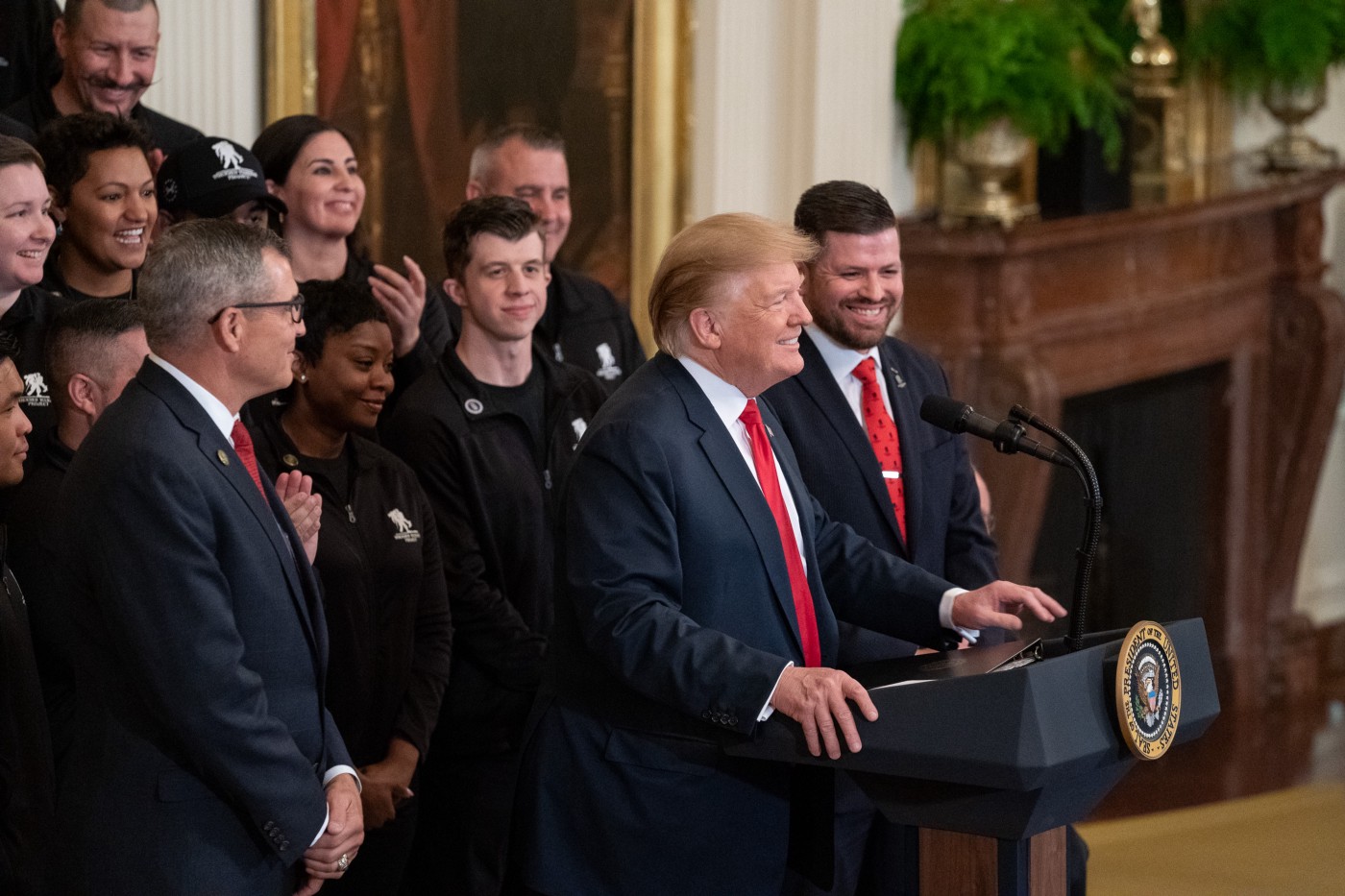 Because meanwhile, Trump and his supporters are taking a victory lap and gearing up for an agenda no longer bogged down in investigations.

In his first public appearance since the report was made public today, Trump reported having a “good day called no collusion, no obstruction,” to a cheering crowd of Wounded Warriors.

Trump has good reason to celebrate: The economy is strong and getting stronger. Consumer spending is on the rebound. Job gains have reached historical proportions. A major criminal justice bill was passed in 2018. New trade agreements have been reached. A crisis at the border is being (poorly) dealt with.

North Korea is at the negotiating table. Even if they aren’t behaving at it.

Republicans, and Donald Trump, must now resist the impulse to retaliate, pursuing charges against previous administration officials or members of the 2016 Hillary Clinton for President campaign. If there was any serious wrongdoing, it can be addressed at the proper time.

A political party exploiting the legal system to thwart political opponents is important, but it not the most important thing to voters weary of two years of false starts and partisan narratives that fell apart one by one.