Both candidates scored palpable hits. Will it boost either campaign? 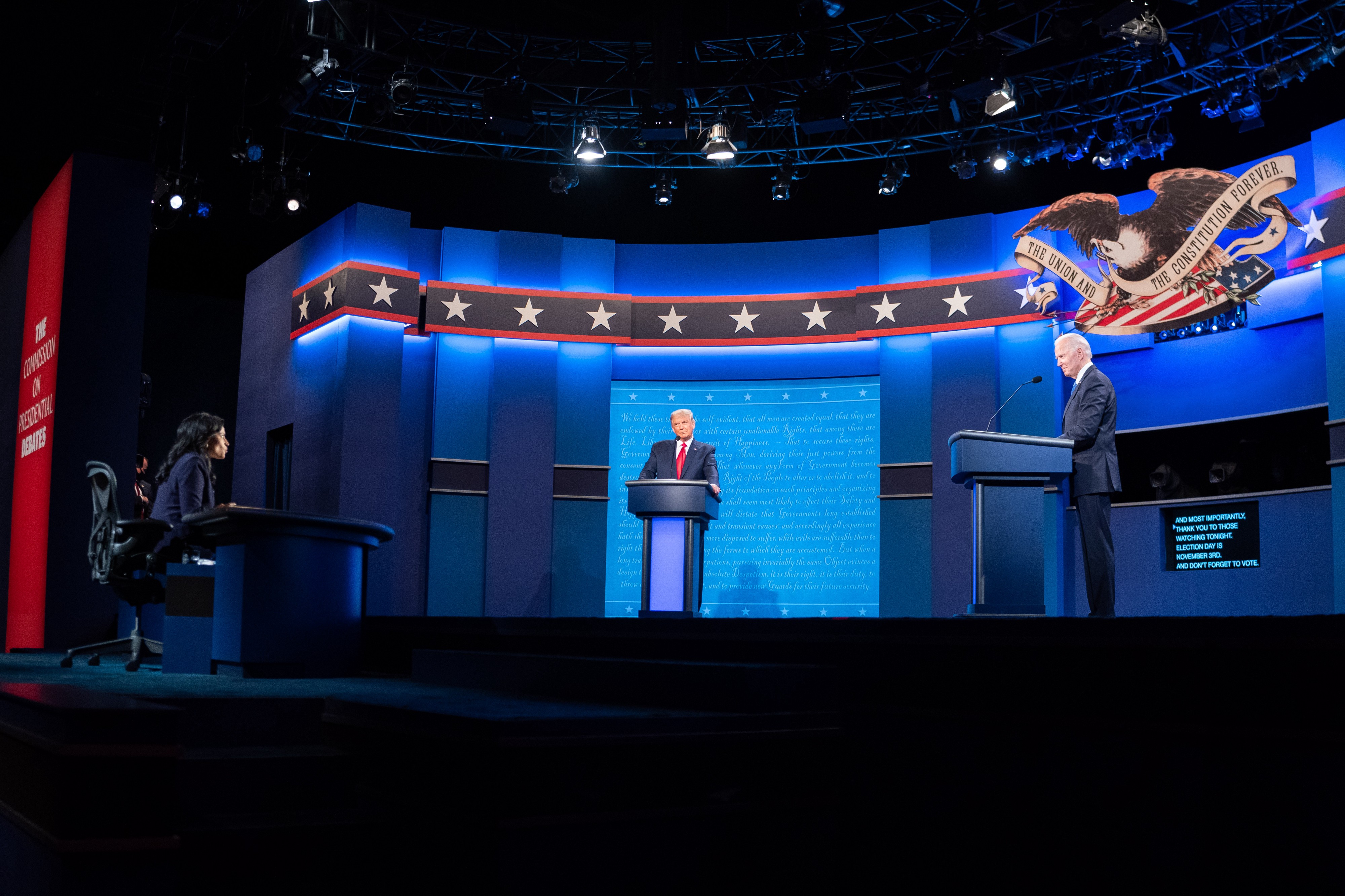 Thursday night was the final presidential debate between incumbent President Donald Trump and Democratic presidential nominee Joe Biden. Moderator and NBC reporter Kristen Welker has received praise from both sides of the aisle for her handling of the debate and even drew a compliment from President Trump during the debate.

Welker has received some accusations from the right for showing pro-Biden bias in the framing of certain questions, as well as inconsistent interrupting. She has also received criticism from the left for not utilizing her mute button on Trump more during the debate. Overall, the consensus so far has been that Welker was far fairer than past debate moderators and did a great job.

New York Magazine and Huffington Post Contributor Yashar Ali wrote on Twitter “@kwelkernbc had an impossible task tonight and she did a fantastic job. The best debate moderator in the last two cycles. A) Muting was only for the two minute answer section B) Blame the debate commission for the fact-checking…that is their directive re moderators”

The topics for the final debate included COVID-19, National Security, Race, American Families and Leadership. President Trump held a calm demeanor throughout the debate, interrupting far less than he did during his first widely-panned showdown with Biden. Without as many interruptions from Trump, voters were actually able to listen to Joe Biden, which may or may not have helped the Biden campaign.

One of the most dramatic moments of the debate was Welker’s audacity in broaching a subject which has heretofore been nearly verboten in the press: Hunter Biden’s overseas business dealings, a laptop which allegedly contains incriminating emails and other material, and a former business partner of Hunter’s who has recently come forward to corroborate the authenticity of the emails and accusations.

The emails included in the laptop trove, and as provided by Hunter’s former business partner, if proven authentic, throw Biden’s claims of complete ignorance about his son’s business dealings into greater question.

Trump brought up the issue during the debate, telling Biden, “I think you owe an explanation to the American people.”

“I have not taken a penny from any foreign source ever in my life,” Biden responded.

For his part, Joe Biden brought up the President’s tax returns, which Trump still has not released. However, as the New York Times recently- and inadvertently- verified with their exposé of some of Trump’s illegally-leaked tax returns, he is indeed under audit, as Trump has repeatedly claimed.

In answer to this question during Thursday’s debate, Trump again pointed out the fact that he is under audit. He promised that as soon as his audit is concluded, he will release this information to the American public.

Another key moment in the debate arose over immigration policy. Trump pointed out that many of Biden’s attacks were centered on controversial policies carried over from the Obama-Biden administration.

Former Vice President Biden accused President Trump of a “criminal” family separation policy that has lost over 500 children at the border.

“What happened? Their kids were ripped from their arms and separated and now they cannot find over 500 sets of those parents and those kids are alone,” Biden said. “Nowhere to go, nowhere to go. It’s criminal.”

“Do you have a plan to reunite the kids?” Welker asked President Trump.

Trump responded, “ Yes, we’re working on it- we’re trying very hard. But a lot of these kids come out without the parents. They come over through cartels and through coyotes and through gangs.”

The report Biden cited from NPR claimed that the parents of 545 children have not been located. However, Department of Homeland Security spokesperson Chase Jennings explained that the majority of these parents have been found, but have refused to reunite with their children.

“This narrative has been dispelled,” Jennings wrote on Twitter. “In the current litigation, for example, out of the parents of 485 children whom Plaintiffs’ counsel has been able to contact, they’ve yet to identify a single family that wants their child reunited with them in their country of origin.”

Many parents pay to get their children smuggled into the United States, even if it means the parents are permanently separated from their children. This often results in unaccompanied minors brought to the border by “coyotes” or human smugglers.

There has been a major crisis of human trafficking at the U.S. southernmost border during the past several years, coupled dangerously with a spike in unaccompanied minors. “Catch and Release,” and the massive surge of people making for the U.S. border it inadvertently created, brought more cover for nefarious actors preying on desperate people, exploiting vulnerable women and children.

In January 2016, the Senate’s Permanent Subcommittee on Investigations found that U.S. officials had handed dozens of unaccompanied children over to human traffickers posing as relatives from 2013- 2015, and likely many more since no efforts were being made to track such cases.

“But officials at times did not examine whether an adult who claimed to be a relative actually was, relying on the word of parents, who, in some cases, went along with the traffickers to pay off smuggling debts.” — “U.S. Placed Immigrant Children With Traffickers, Report Says”. New York Times. January 28, 2016

Since these findings, U.S. officials have implemented stricter guidelines with regards to unaccompanied minors, including verifying identities, and subjecting purported family members to criminal background checks.

Trump slammed Biden later in the debate for his flip-flop stance on fracking, putting him in a tough position with many swing states like Pennsylvania whose workers depend on the fracking industry for jobs, to which Biden replied “I have never said I oppose fracking.”

“You said it on tape,” Trump exclaimed.

“Show the tape. Put it on your website. The fact of the matter is he’s flat lying,” Biden responded.

Shortly after Biden’s statement, President Trump did in fact tweet a video of Biden saying he would ban fracking. President Trump continued to press Biden on similar subjects during the debate, even pushing Biden at one point to admit his administration plans to “transition” from the oil industry.

“I would transition from the oil industry, yes,” Biden said.

Will these comments significantly hurt Joe Biden in places like Oklahoma, Pennsylvania, and Texas? Rep. Kendra Horn (D-OK) weighed in: “Here’s one of the places Biden and I disagree.”

“We must stand up for our oil and gas industry. We need an all-of-the-above energy approach that’s consumer friendly, values energy independence and protects OK jobs,” she wrote on Twitter.

Both candidates gave a decent performance during the debate, and many legitimate questions were raised and answered. Whether or not the debate will impact the outcome of the election, however, is questionable. In our current hyper-polarized political climate, both sides are firmly dug in and most people are firmly on one side or the other.

Truly undecided voters, though few, may yet swing the election. After this last presidential debate, at least these voters have a clearer perception of both candidates.