Top Democrats Distance Themselves from Calls to “Defund the Police”

“You can’t defund the police, that’s stupid, it’s crazy and anyone who talks about it is nuts.” — Sen. Joe Manchin (D.) 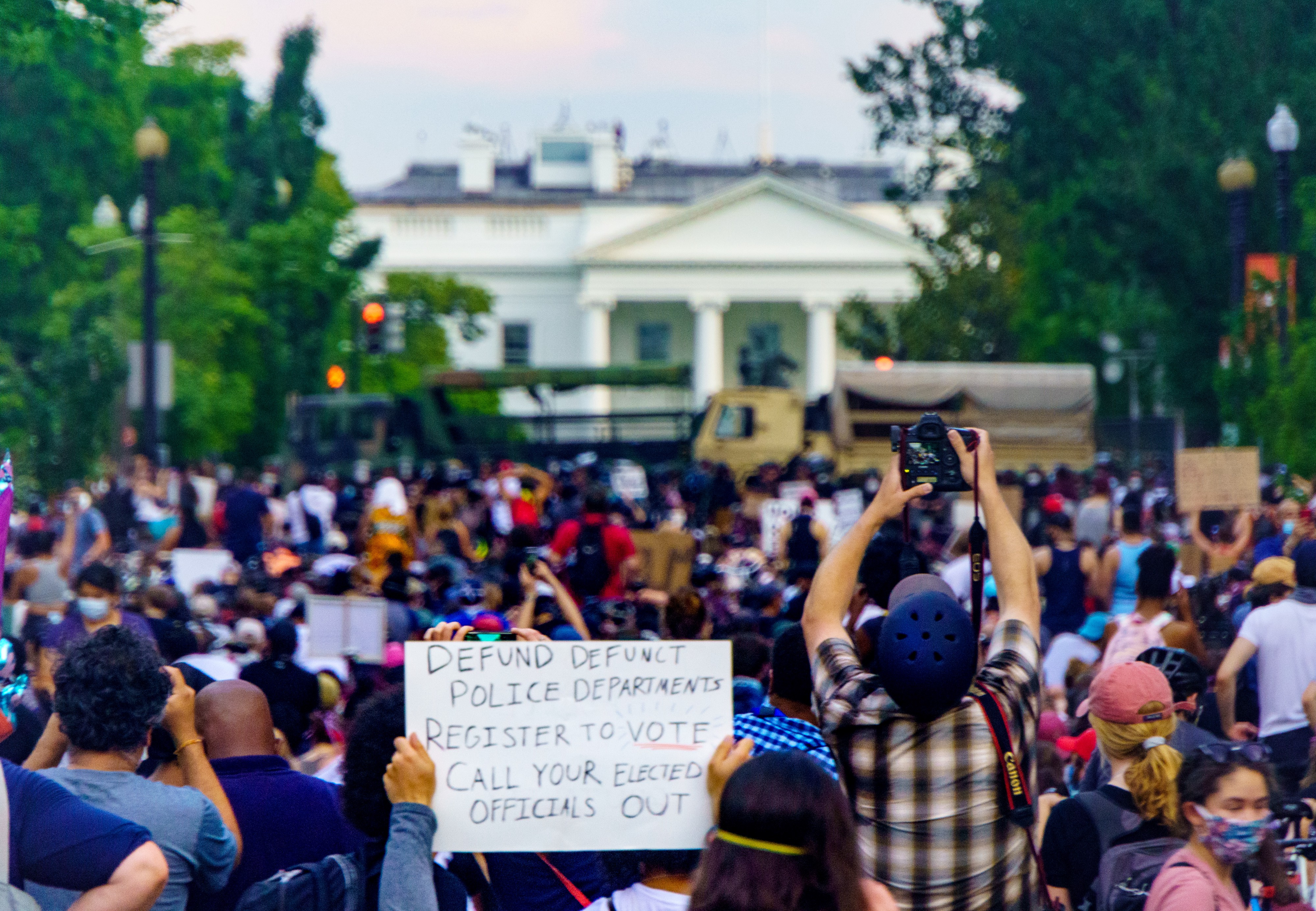 To Defund or Not to Defund?

Judging by the quickness and vehemence with which prominent Democrats have distanced themselves from the new rallying cry of the progressive left, the answer is most certainly “yes”.

“This movement today, some people tried to hijack it. Don’t let yourselves be drawn into the debate about defunding police forces.” — House Majority Whip Jim Clyburn (D-SC)

“We could rebalance some of our funding to address some of those issues more directly. But this isn’t about that and that should not be to story that leaves here.” — House Speaker Nancy Pelosi (D-CA)

“Vice President Biden does not believe that police should be defunded. He hears and shares the deep grief and frustration of those calling out for change, and is driven to ensure that justice is done and that we put a stop to this terrible pain.”

“Biden supports the urgent need for reform — including funding for public schools, summer programs and mental health and substance abuse treatment separate from funding for policing — so that officers can focus on the job of policing.” — Statement from former Vice President Joe Biden

These prominent leaders of the Democratic Party are savvy campaigners. They understand that Democrats embracing calls to “defund the police” are likely to find themselves in hot water on election day in a few months.

Those embracing the new “defund” mantra are also likely to find themselves on the receiving end of backlash from their own party as the resultant rush to law and order sets more serious efforts to reform our broken law enforcement and criminal justice systems back indefinitely.

People around the world move to the U.S. for law and order. U.S. immigrants from places like Mexico, Cuba, Venezuela, Columbia, and many others have fled places where law and order has been dissolved or devolved into mob justice and gang rule.

These America immigrants understand something white liberal Democrats do not: Defunding the police would lead to a power vacuum. With police gone, or toothless, criminals, warlords, narco-terrorists, and other murderous groups are free to terrorize the innocent and steal from the prosperous.

The killing of George Floyd is a terrible tragedy and the officers involved deserve the full penalties proscribed by the very constitutionally protected justice they denied to Mr. Floyd.

Yet calls to “defund the police” have seemed particularly odd in places where the George Floyd protests resulted in widespread violence and destruction.

Insurance companies have estimated the damage from the protests in Minneapolis alone at more than $500 million, including 1,000 commercial properties damaged and 52 businesses totally destroyed. Some of these businesses will not be coming back.

“We are sorting through the rubble, trying to figure out how to get this operational again. We are cautiously optimistic we can do that. But we are certainly not able to do that in Minneapolis.” — Kris Wyrobek, former Owner of 7-Sigma, a business destroyed during the protests.

Yet in spite of the violence which resulted from some of the protests, and the $500 million in damages, a majority of the Minneapolis City Council has voted to start the process of “ending the Minneapolis Police Department.”

“We recognize that we don’t have all the answers about what a police-free future looks like, but our community does. We’re committed to engaging with every willing community member in the City of Minneapolis over the next year to identify what safety looks like for you.”

The Los Angeles City Council, the mayor of San Francisco and the mayor of New York City have all made similar overtures to strip funding from their local police departments to reallocate it elsewhere.

Considering this, BLM activists are going to declare Biden, Pelosi and every other Democrat running from “defund the police” performative.

The Mayor of D.C. is a perfect example of how elected Democrats have lost control over the narrative to progressive activists: She was willing to have “Black Lives Matter” painted in huge letters on the D.C. street leading to the White House as a political statement.

But Black Lives Matter activists in D.C. were quick to condemn this act as performative. As they point out, she was not willing to defund the police; she wasn’t, in fact, even willing to cut their budget.

Career Democrats may think they have the progressive activist, liberal Twitter mob, Antifa, and BLM hydra by the tail; they are wrong.

Wielding the power of the progressive left is going to cost moderate Democrats much more than lip service this time. Performative actions, political face-saving, bipartisan compromise is not going to be acceptable.

Only freshman Democrat Rep. Alexandria Ocasio-Cortez seems to truly grasp this inevitable clash, and what it might cost the Democratic Party in November.

“Our job as policymakers is to take the public’s mandate and find + create pockets to advance as much progress as possible. Progress takes a team of different roles. You don’t criticize a pitcher for not being a catcher. We can respond in ways that don’t undercut important work.”

“And by the way, the fact that people are scrambling to repackage this whole conversation to make it palatable for largely affluent, white suburban “swing” voters again points to how much more electoral & structural power these communities have relative to others. Just for awareness!” — Rep. Alexandria Ocasio-Cortez, Twitter. 6/9/2020.