To Dream the Impossible Burger Dream

Environmental concerns are driving more people to explore plant-based, lab-grown and even 3D-printed meat. Is this the end of meat as we know it? 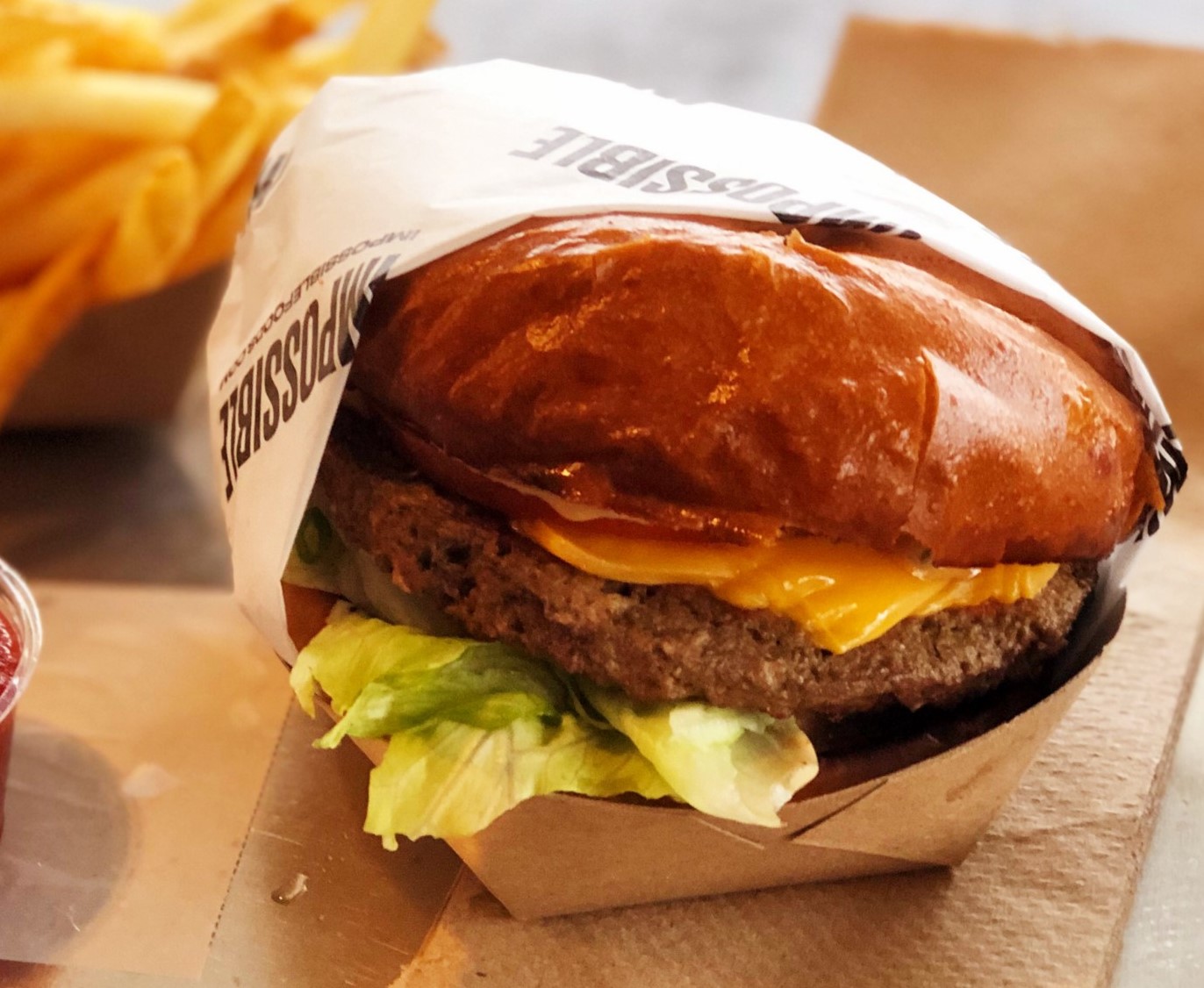 “I could never give up meat,” said every former meat eater ever.

Yet, each year the ranks of vegetarians, vegans, pescatarians, flexitarians, Meatless Monday observers and other conscientious objectors to industrial animal agriculture continue to swell.

Their reasons are as varied as their habits: Animal welfare, environmental concerns, health issues, a growing sense that something raised in a “factory farm” may be better avoided. The “save the animals diet,” the “save the world diet,” the “save your health diet”: It’s all the same diet- a move to a more plant-based, less meat-centric way of eating.

The rest of us can tell it’s happening by the alternative meats and dairy section, which has exploded in recent years. It is no longer confined to a few sad Morningstar Farms frozen breakfast patties for people advised against the nitrates contained in processed meats.

Fast-forward to the impossibly good IPO of the Impossible Burger last year, and there is no longer any doubt: The movement is not only here to stay, it’s expanding rapidly.

There are other ways we can tell the movement away from animal-based products is growing exponentially. For instance, the desperate reaction of the animal agriculture industry.

Suing over the rights to words like “butter” and “ice cream”, the industry which once lobbied the federal government to have the definition of milk expanded to include aspartame- as to sweeten it but not as to have to list the dreaded “aspartame” on the ingredients list- is proving litigious.

How peanut butter has skated by all these years, we’ll never know.

The animal agriculture industry is perhaps right to be afraid. “Meat is the New Coal,” environmentalists are becoming fond of saying.“Avoiding meat and dairy is the single biggest way to reduce your impact on Earth,” is another popular line.

Another key clue that alternative meats are taking over the world is the reaction of ideological and political opponents to this shift.

Anytime your debate opponent resorts to a straw man argument- that is, arguing the point they want to be arguing, usually the weakest point, rather than your actual point- you’ve already won.

Those reluctant to embrace these changes are over-anxious to make the conversation about something that sounds ridiculous- see, cow farts- and avoid discussing the elephant fart in the room: The over-industrialization of animal agriculture in the U.S. and around the world and the devastating effect it is having on the environment.

If nothing else, as the Green New Deal and other pieces of legislation like it move through Congress, the fact that fossil fuels are liberally used in the production, processing and shipping of animal products is sure to become a problem in the years to come.

In a world increasingly concerned about infectious diseases, where many people plan to continue to don face masks and other protective gear during future flu seasons, the fact that your average fast-food hamburger contains 100- 300 individual animals (no one really knows) may soon become a major sticking point, too.

There is also the world’s ever-burgeoning population to consider, 7.5 billion by the last count and growing every day.

How are we going to feed all these people? The standard American diet- bacon and eggs for breakfast, cheeseburgers for lunch and pizza for dinner- isn’t going to stretch that far. Aside from the environmental damage this excess is causing, we are currently living in a nation where everyone does not have access to adequate health care and one-quarter of U.S. adults have never eaten an unprocessed vegetable in their lives.

The American blind spot as it pertains to our meat-heavy diet is negatively impacting the U.S. in the area of trade as well. Other countries don’t want our chicken because it is washed in chlorine. They don’t want our beef and pork because its full of growth hormones and antibiotics.

These standard best practices in the U.S. animal agriculture industry are great for business, obviously. Animals given growth hormones grow faster on less feed- more profit. A constant stream of antibiotics- 70% of all antibiotics sold, by the most recent estimate- means the animals can be packed ever more tightly together, in ever more unsanitary conditions- more profit. Washing chicken in chorine serves the same purpose.

Live-animal exports, a practice decried by animal-rights groups worldwide, has recently resulted in 200,000 animals packed tightly together, without food or water, stranded on a container ship blocking the Suez Canal and likely to die.

Multiplied by another 20 livestock carriers delayed in the resulting traffic jam.

Plant-based, lab-grown meat, and 3D printed meat, on the other hand, suffer from none of these modern industrial drawbacks. These alternatives may even help balance religious freedom with animal rights, an increasingly sticky question in societies that value both.

Any way you slice, sauté or sous vide it, meat alternatives are here to stay.

Welcome to the future of clean meat.