Time to Move Vital Supply Lines Back to the U.S. 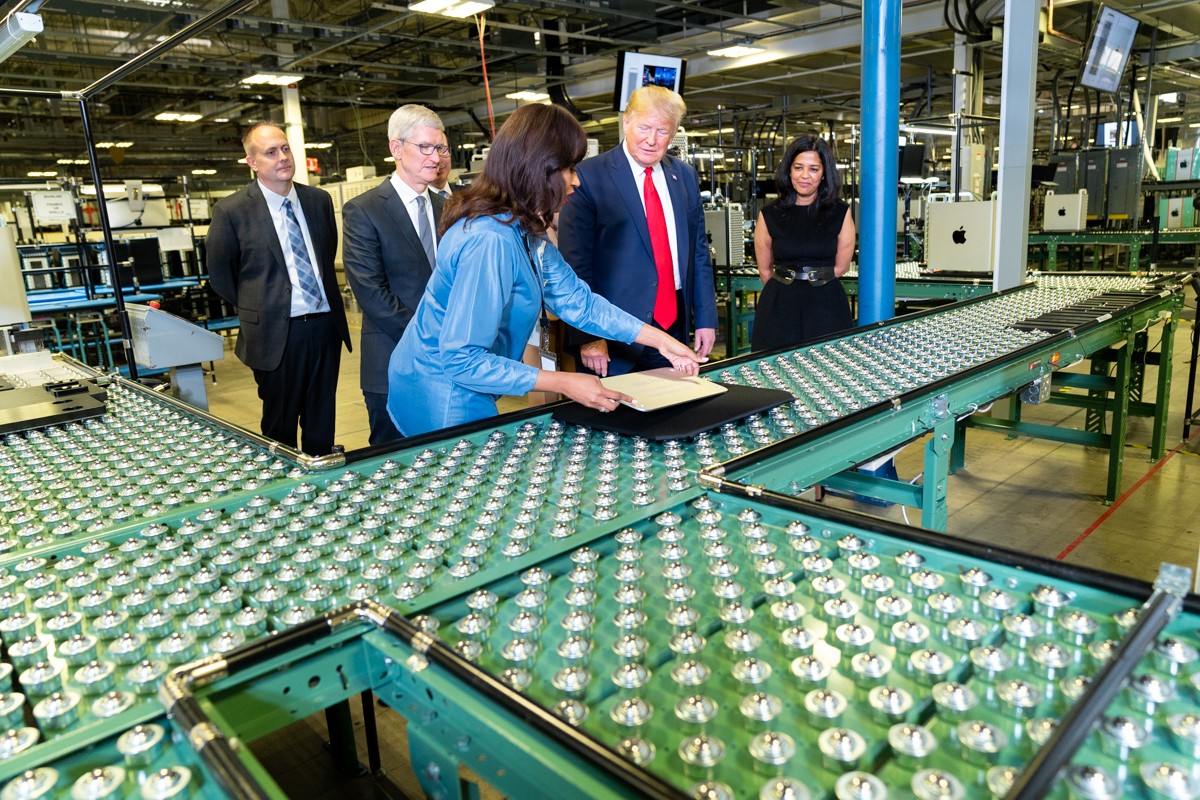 “Congress should lead a whole-of-government approach to secure U.S. supply chains across sectors and bring critical manufacturing and technologies back to America.” — from “Pandemic-Era Policymaking and the Future of United States-China Relations,” Senator Marsha Blackburn. July 22, 2020.

The COVID-19 pandemic was not a surprise.

Diplomatic cables from 2018 warned legislators about the potential for a viral outbreak originating from a Chinese virology lab in Wuhan, China. Lax safety protocol and limited oversight could prove a problem, U.S. officials warned at the time.

International public health experts and scientists have also been sounding alarm bells about wildlife wet-markets, in China and elsewhere- where large groups of various animals are kept, sold, and killed- for years.

U.S. health authorities and scientists were advised about the potential for these hot-beds of zoonotic diseases to produce a novel coronavirus.

Yet, when COVID-19 hit the U.S., we still found ourselves unprepared. Next time a pandemic hits how can U.S. public health agencies do better?

One critical way to help prepare for future outbreaks would be to bring medical supply and pharmaceutical manufacturing back to the U.S.

Most of us certainly felt the shock of sudden shortages when COVID-19 hit; household goods, protective masks, disposable gloves and other goods became, for a time, impossible to find. Small businesses were at particular risk from supply shortfalls.

Part of the reason for these shortfalls is our over-dependence on Chinese goods. Unsurprisingly, China has grown its economy more than twenty-four fold since 1994. Much of this growth has occurred in the manufacturing sector.

Halts in Chinese production were caused by widespread lockdowns in the manufacturing hubs of China. This problem led directly to some of the U.S. shortfalls in household goods.

However, some of the shortages in our supply chains may not have been so innocent.

Chinese Communist Party officials confirmed on December 31, 2019, that Wuhan, China was experiencing an outbreak of an unknown pathogen. 23 critical days later, Chinese officials shut down travel out of Wuhan.

Credible reports reveal the CCP knew about the outbreak much earlier; doctors, journalists, and others in China were silenced when they attempted to alert international public health authorities and other doctors about the outbreak.

In spite of the Chinese Communist Party’s many attempts to spin their response to COVID-19, public sentiment, in the U.S. and internationally, is turning against the CCP.

One key reason for this, and another key reason the U.S. must divest itself from heavy dependence on Chinese manufacturing, is the Chinese government’s rampant human rights abuses.

These abuses are becoming harder and harder for international authorities to ignore.

An estimated 1.5 million Uyghur Muslims have been interred in CCP forced-labor “reeducation camps” without due process. Since 2016, Chinese authorities have been carrying out a process they call, “Sinicization”. Sinicization policies require ethnic minorities to conform to mainstream Chinese culture and “core socialist values.”

The CCP is attempting to assimilate Uyghurs by restricting their traditional customs and eliminating the influence of indigenous Uyghur culture. Thousands of Mosques have been destroyed and ancient religious cemeteries have been paved over with parking lots.

Incarceration, forced labor and cultural indignities aren’t even the worst of it.

A sudden influx of expensive wigs made from real human hair just hit the market from China. It is very noticeable in a market dominated by scarcity.

Human rights watchdog organizations say there is no way the CCP obtained such a supply without violating the human rights of Uyghur Muslims, many of whom have their heads shaved when they are interred.

And there is worse; healthy young Uyghurs are disappearing from the camps. Organ harvesting is not the stuff of urban legend for the Chinese Communist Party.

These egregious human rights abuses of Uyghur Muslims beg a constant question with regards to manufactured goods from China: Are the supplies made using forced labor?

In response, the exodus from Chinese manufacturing dependence has already begun.

Japan has already pledged over $2.2 billion to move manufacturing production out of China. Kodak recently received over $700 million to manufacture medical equipment in the U.S.

The FDA has asked manufactures of pharmaceuticals to evaluate their supply chains for vulnerabilities and over-dependence on China. The U.S. lack of control over medical supply lines has become so critical as to constitute a national security risk.

“The United States must end over-dependence of China for active pharmaceutical ingredients (APIs) and pharmaceuticals by creating incentives that will bring pharmaceutical and API manufacturing back to the U.S.”

“There are serious deficiencies in health and safety standards in China’s pharmaceutical sector due to a poorly regulated industry, Beijing's refusal to cooperate with routine inspections, and outright fraud in Chinese manufacturing.”

“The United States should restore medical device production from overseas to reduce critical vulnerabilities to the supply chain and risks to national security.” — The U.S. China Economic and Security Review Commission.