Three Things the Trump Economy Has Done for Progressive Causes 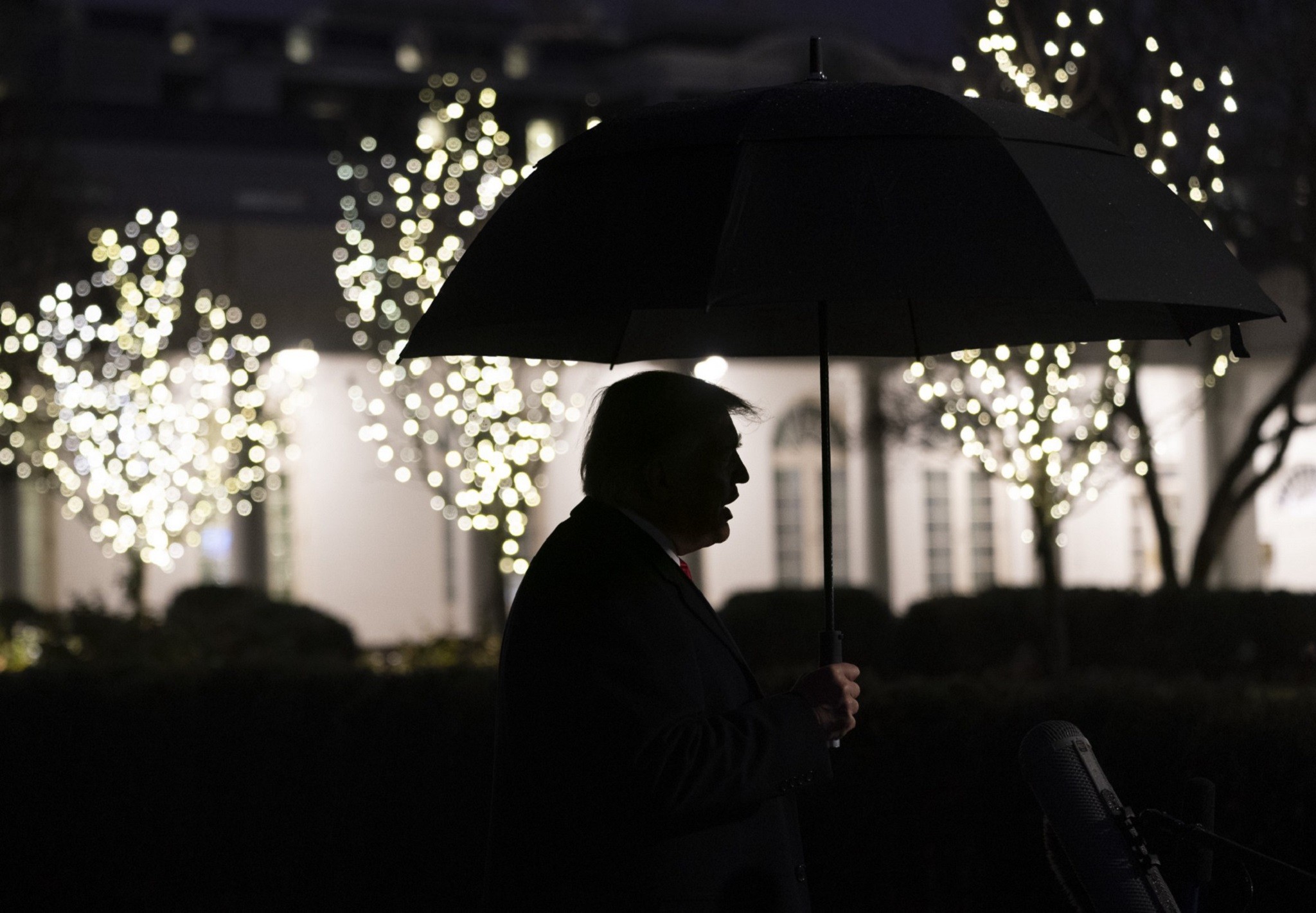 President Donald J. Trump is seen in silhouette holding an umbrella as he talks to members of the press on the South Lawn of the White House Tuesday, Dec. 10, 2019, prior to boarding Marine One to begin his trip to Hershey, Pa. (Official White House Photo by Joyce N. Boghosian)

The relative morality of using conservative policies to achieve progressive goals is a question for the philosophers.

That some conservative policies may actually work, and moreover that conservatives themselves are often driven by the same motives to alleviate poverty, injustice and inequality as progressives, aren’t popular ideas on the left these days.

Anyone caught mentioning the “compassionate conservative” in 2019 must be prepared to be shouted at about children in cages.

And yet, there is no denying certain uncomfortable truths in 2019: Namely that Donald Trump’s Tax Cuts and Jobs Act, combined with the soon-to-be-ratified USMCA, has greatly benefitted the U.S. economy and wage-earners across every demographic.

Economists are at a loss to describe the most recent blockbuster jobs report for November. The numbers speak for themselves.

The U.S. economy has added over 7.2 million jobs since Donald Trump took office. Unemployment stands at the lowest it has been in 50-years, for most groups at or approaching historic lows. The stock market is flying high- especially on news today of a U.S.-China Trade deal being close.

The Fed has signaled the strength of the market by indicating it will not be adjusting rates anytime soon. Fed Chairman Jerome Powell called the U.S. economic outlook “favorable.”

What this means for American workers gets at the heart of the very things liberals have been trying to achieve for decades.

Ok, America First. Who Next?

The U.S. economy is about to hit a ceiling called the sluggish global economy.

While things in the U.S. continue chugging along at a smart pace, some of America’s longstanding trade partners- and non-trading partners, for that matter- can’t say the same.

Canadian Prime Minister Justin Trudeau and French President Emmanuel Macron may have had a laugh at the U.S. President’s expense during the recent NATO summit in London, but it is Trump and the U.S. who are laughing all the way to the bank.

Meanwhile, the Canadian economy lost 71,000 jobs it could ill-afford to lose in November alone. The French economy, after abandoning a 75% wealth-tax rate that backfired terribly, is improving at a glacial pace in spite of being heralded as the “EU’s Lone Economic ‘Bright Spot’”.

In order to continue to grow the U.S. economy, which is certainly something Trump wants to do, he will need to think more globally. Helping out America’s trading partners, and getting a few new ones, to improve the global economy will be the only way to do it.

Even if Donald Trump’s reasons are economic ones, rather than humanitarian or environmental ones, is of little consequence to the citizens in those countries who would benefit from sturdier economic growth, a bigger paycheck, and lower unemployment.

The U.S. economy is about to hit another ceiling, too. This is one that U.S. businesses are already coming into contact with:

There are not enough workers to fill available jobs.

The answer to this conundrum is simple, and also global. Liberal progressives have long wanted increased immigration to the U.S., with some even advocating for open borders and abolishing I.C.E. these days.

The Trump economy has made increasing immigration the best option for U.S. businesses to stay competitive on the global marketplace against cheap, plentiful labor powerhouses like China and India.

Soon, the U.S. will need workers of every skill level, in almost every industry, from computer engineers pursuing advanced degrees to entrepreneurs building tech start-ups to seasonal farm and day laborers.

Trump’s “big beautiful door” will have to get considerable wider if his administration wants to keep the U.S. economy robust and growing.

They are correct, of course.

The only question is whether or not federally imposing a $15 minimum wage would stifle small business growth and strangle emerging companies before they can add any value to the economy.

That question has, apparently and for now, been decided by the free marketplace of capitalism.

Amazon has raised their minimum wage to the magic $15 an hour progressives have been campaigning for years.

That Amazon has been forced to do this, not by government mandate, but by an extremely tight job market is beside the point. Amazon has had to raise wages to attract and retain enough workers to maintain profitability.

Other companies are now having to compete with Amazon by raising their minimum wage accordingly. Bank of America, for instance, has already gone further, raising their lowest hourly wage to $20.

If a Democratic president achieved these results using progressive policies, these outcomes would be universally celebrated on the left and in the press. That they have instead been achieved by a Republican president wielding conservative policies can’t completely detract from the outcome.

In fact, liberals should consider the success of some of these policies, and the resulting net benefits to progressive causes like globalism and the minimum wage, instructive. Ideas that work to benefit the least fortunate should be embraced, whatever their origin.

Liberal progressives may hate Donald Trump and they may not like the tax policies that drove it, but the Trump economy is advancing liberal causes.