Think Before You Shame

Is a public online shaming actionable in a court of law? 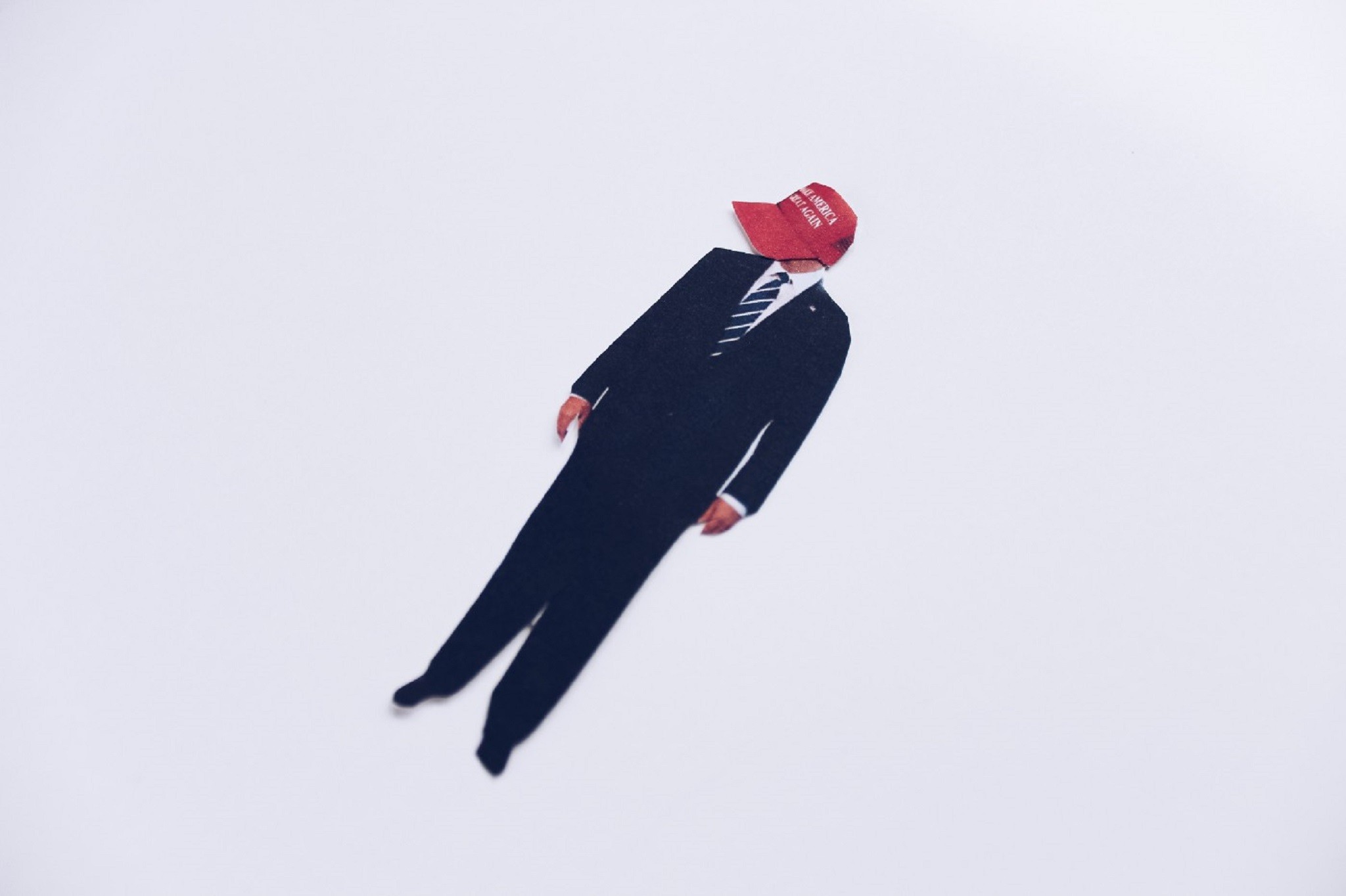 Bring Your Own Pitchforks

Members of the press, celebrities, and everyone else leapt on the bandwagon last week for a good-old, newfangled public shaming. Yee-haw!

A kid from Covington Catholic High School in Kentucky was caught on a video making a facial expression and bearing a MAGA hat while in the presence of a Native American elder. We want names!

Little he knew, the MAGA hat wearing kid was also bearing responsibility for the existence of racism in America, the enduring evils of colonialism, and the election of Donald Trump. The kid never had a chance.

The mob mentality was the same as it ever was:

“There they are! Let’s get them! And let God sort them out!”

Days later, when the full videos emerged, details made it more and more clear that the Covington High kids were guilty of wearing hats that some people don’t like and, at most, doing a culturally insensitive “tomahawk chop”.

A move they have likely seen stadiums full of hundreds of thousands of adults perform, at every sporting event ever played during their brief lifetimes by any team so-named the “Chiefs”, the “Indians” and, God forgive us all, the “Redskins.” It is sad that they think it’s ok; but it’s our fault they think so. It isn’t just Republicans that go to those games, you know.

After the full story became known, everyone from Covington Catholic High’s own bishop to Patton Oswalt, by proxy anyway, had to issue an apology to the kids this week.

But it doesn’t matter. And everyone knows that.

The Damage Has Already Been Done

These kids’ lives, their school, their parents, their educations, their future prospects, their friends, their community, have all been turned upside down.

Their reputations are ruined; from now on, all most people will remember is that those MAGA kids were racists anyway so who cares about the backstory.

This is not bemoaning the lost future of some criminal sex-offender who got a light sentence because of white privilege and athletic talent like Brock Turner; these were not kids who committed any crime, nor were they convicted in any court of law.

And yet, the Covington High kids were tried, found guilty and hanged in a matter of hours by an online mob started by a twitter account later suspended for being a fake.

Nonetheless, this event will change the course of the kids’ lives, if it doesn’t end them. Not every adult person could survive this level of hatred and infamy. Kids aren’t notoriously good at taking the long-view. Let’s all hope they have powerful support systems that can help see them through this crisis. Enough teenagers are committing suicide as it is.

If you are a slavering anti-Trump media pundit willing to sacrifice these kids for your idea of the greater good, or a tweeting celebrity who doesn’t bother to think before you torch, I hope the Covington Catholic kids sue the lying pants off you.

I hope they go on to law school, become civil rights attorneys, lead illustrious careers, and dedicate their lives to helping other victims of public shaming so thoroughly, that their grandkids sue your grandkids.

This is America: We don’t need to publicly shame; we have class-action lawsuits.

It Takes a Village to Raise a Child (Not That Child)

After the Covington video hit the twitter-sphere, if you were an outraged celebrity with money to burn or a powerful media personality, the legal route would have been a better use of your time and energy.

If those kids were racist, they weren’t to blame and you knew it.

If those kids were racist, a lawsuit against Covington Catholic High alleging institutionalized racism after an in-depth investigative report blew the lid off the whole thing would have told the true tale.

And legal action, regardless of the outcome of a trial, would have been far more effective in stamping out racism in America than what you did, which was to wallow in self-righteous, self-aggrandizing nonsense instead.

What’s more, rather than taking your beef where it belonged, to the adults responsible, you blamed it all on…some kid? I thought it took a village?

Should a Child be Held Liable in the Court of Public Opinion?

Legal adults, those who have attained the age of 18, are legally responsible for their actions. They can enter into contracts, vote in elections, and be held liable in a court of law.

Legal adults are expected to follow the law, and since ignorance of the law is not an excuse recognized by the courts, it is also incumbent upon adults to know the law.

Legal adults get tried and convicted in the court of public opinion all the time. It is still objectionable; being tried, found guilty and sentenced to public shaming and expulsion from the tribe, social death in other words, without the due process of law and right to a fair trial.

Because that is why those laws exist, isn’t it? We wouldn’t be civilized to each other without them; obviously, we’re not.

Why We Have Laws

Due process and fair trial laws exist because they must, don’t they? If human beings were naturally disposed to be fair and impartial judges of one another, if all that happened naturally, we wouldn’t need laws about it.

Laws protecting an individual’s right to a fair trial by a jury of their peers, their right to be presumed innocent, right to face their accuser in court, to fair representation under the law; they shouldn’t need to exist.

The fact that these laws do exist reveals an anthropological and fundamental truth about humankind; we are born irrational, short-sighted, selfish and exploitative by nature and some of us never change.

Certain social constructs, laws and religions for instance, train society and it’s members away from the perils of an irrational, short-sighted, selfish and exploitative moral values system, but we aren’t born that way.

Babies, are the very definition of exploitative.

If a breastfeeding mother’s body malfunctioned, stopped replenishing vital nutrient energy lost through breastfeeding, the newborn baby would have no qualms about drinking his mother to death.

How not? An infant wouldn’t know what he was doing. He would have no inkling of death and he wouldn’t understand the implications of the death of his caregiver on his chances for survival: He’s a baby.

Other constructs train it out of us; kids have to be taught to share because even the idea that other people exist like we exist is not innate in children.

If a researcher gives a child of two a candy box, filled with crayons instead of candy, first of all, the child will be disappointed. Mightily.

In the same experiment with a three-year old, asking what they think the next kid will think is in the candy box, they will answer, “Candy.”

After all, the three-year old initially assumed there was candy inside based on the box, therefore someone else will likely assume the same thing, though they themselves know the secret. Because other people exist, but separately.

Training Out the Exploitative Impulse

For most of us the exploitative impulse gets trained out, if we are lucky enough to have someone to teach us that is, but most is not everyone.

In a population of everyone, some people, whether they were born lacking social function or socialized to lack empathy, will exploit others in order to advance their own needs and desires.

And when exploitation meets economic desperation, without laws and regulations, chaos ensues. As it did in the Covington case, whereupon the exploitation impulse met desperation to discredit Trump.

The U.S. court system is the 8th wonder of the world and it didn’t get that way by accident.

Individuals have rights in America in 2019. If someone ruins your life and future prospects and sends you and your family into hiding by spreading false information about you, it has damaged you financially, and you can sue.

Is the system perfect? Absolutely not. But consider how far it has come in past 100 years.

Unions and labor laws came to exist out of sheer necessity. In America’s post-industrial, pre-regulatory Wild West, if you were a factory worker stirring a boiling vat of tallow, slipped and fell in…oh well. You were cooked away and the next desperate person would take your place until their turn to slip.

When you went to work in the morning, you were locked inside a factory governed by no safety rules or federal regulations of any kind. Factories routinely burned down with workers inside.

To say nothing of the goods sold.

Today, you have a pillow with a tag listing the all-new materials contained inside. That’s because once upon a time, you could sell anything to anyone in America.

You could sell a pillow filled with sawdust, turpentine soaked rags, anything, to anyone stupid enough to buy it. If it caught fire and killed them, or disfigured them horribly, it was their own fault for thinking they could buy a pillow so cheaply.

The Final Frontier of Law

Like selling a pillow full of old rags once used to clean kerosene lamps, are you responsible for the things you say on the internet?

You are if they start a wildfire.

It will be interesting to see if the legal counsels recently retained by the Covington High families in question will be willing to take this example all the way and set a precedent in the courts.

There seems to be little question that a civil crime has been committed. Would any ensuing litigation include only the highly visible who initially spread the information, or will it extend outward to social media followers and everyday people?

In recent years, there have been more than a few high-profile cases that indicate that everyone is very liable for anything they say online, and any crime that directly or indirectly results.

In 2017, a ‘Playboy’ Model was Sentenced Over Body-Shaming Woman At Gym. Model Dani Mathers surreptitiously photographed a 70-year old woman changing in a gym locker room and mockingly posted the photo to social media, publicly body shaming the woman in question.

In 2017, a young woman was sentenced to 15 months in a texting suicide case. The woman was on trial for texts she sent encouraging her then-boyfriend to commit suicide, which he did.

In November 2018, a California Man Pled Guilty In a Deadly Wichita Swatting Case. Tyler Barriss, 25, was charged with a number of “swatting” incidents, one of which resulted in a man’s death. Police S.W.A.T. officers responding to Barriss’s false online claim that an armed hostage-taker had already killed someone at an address, mistook the man who answered the door for the perpetrator.

The Future of Public Shaming

In the coming years, I personally would be very careful what I say about someone online- that is, in writing, for everyone to see, forever.

‘Is it absolutely true?’ is a good place to start, ‘Is it potentially dangerous?’ is good, too. But ‘Is it lawful?’ might be the question everyone is asking in the coming years.

After every member of the online mob who publicly went after the Covington High kids learns the hard way.