Some freshmen Democratic lawmakers seem intent on tearing the Democratic Party limb from limb, and not much else. 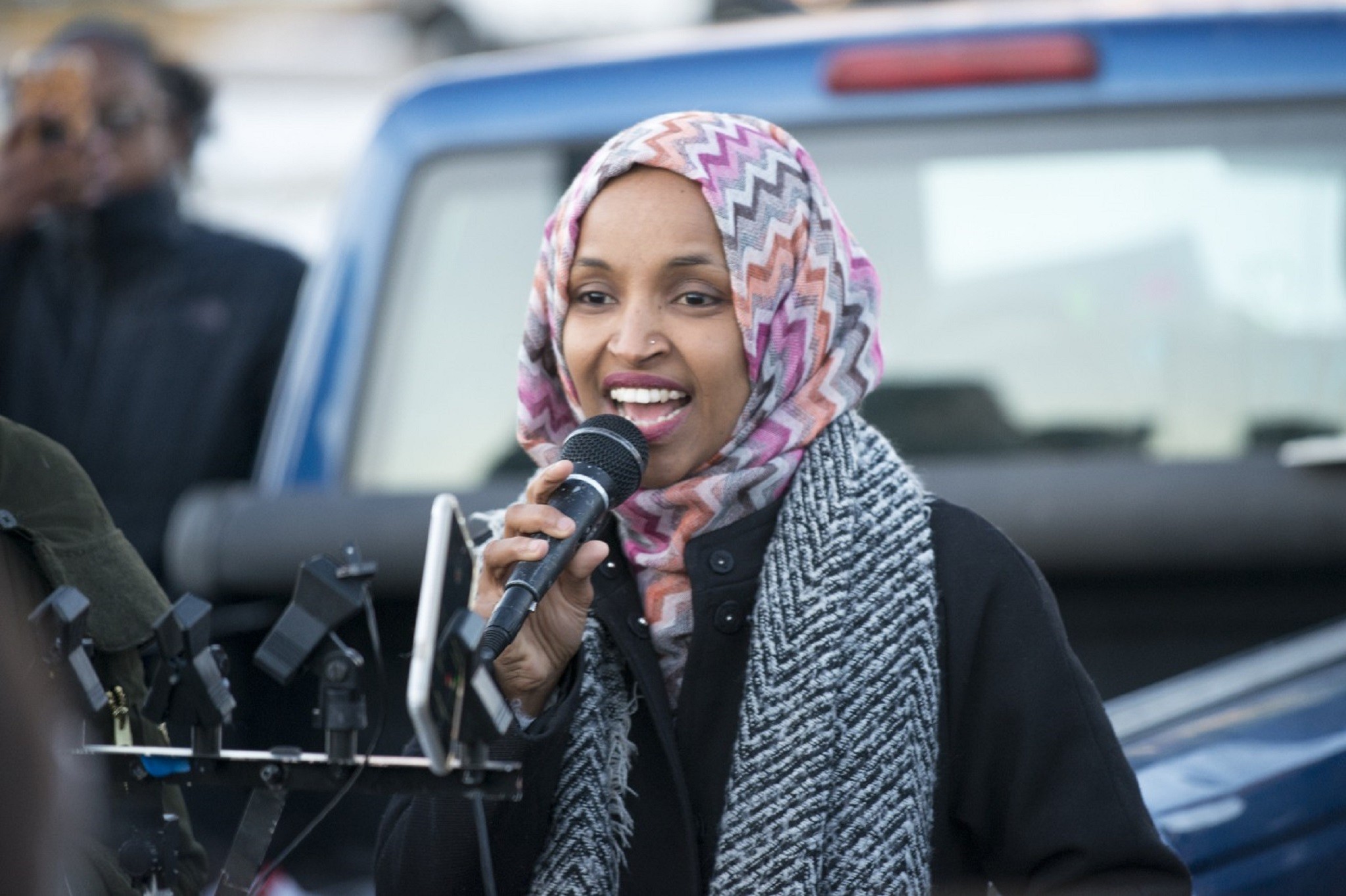 Democrats have a big election coming up. And impeachment efforts to remove Trump from office, will fail.

What the shockingly-detailed 450-page Starr Report, which concluded that President Bill Clinton “committed acts that may constitute grounds for an impeachment,” and included DNA evidence, didn’t do for Republicans in 1999, the Mueller Report won’t do for Democrats in 2019.

Cohen was a bust. The measly Mueller report is bound to be disappointing to Democrats who have spent the past two years pushing the Russian Collusion theory, which has essentially gone down in flames after a long, boring, wait for nothing.

People who hated Trump with every fiber of their being before, will still hate him. Those who believed he colluded with Russia will still believe it. Whatever the report says, you can’t prove a negative.

Prove you didn’t collude with Russia in the 2016 U.S. election.

But unfortunately for Democrats, people who voted Trump in 2016 haven’t changed their minds either. They will vote for him again in 2020. Some Trumpers are even willing to get punched in the face for sporting a certain hat in public. Two high-profile cases of mainstream media and top Democrats going absolutely bananas about terrible things that Trump supporters did that turned out to be false haven’t helped matters. 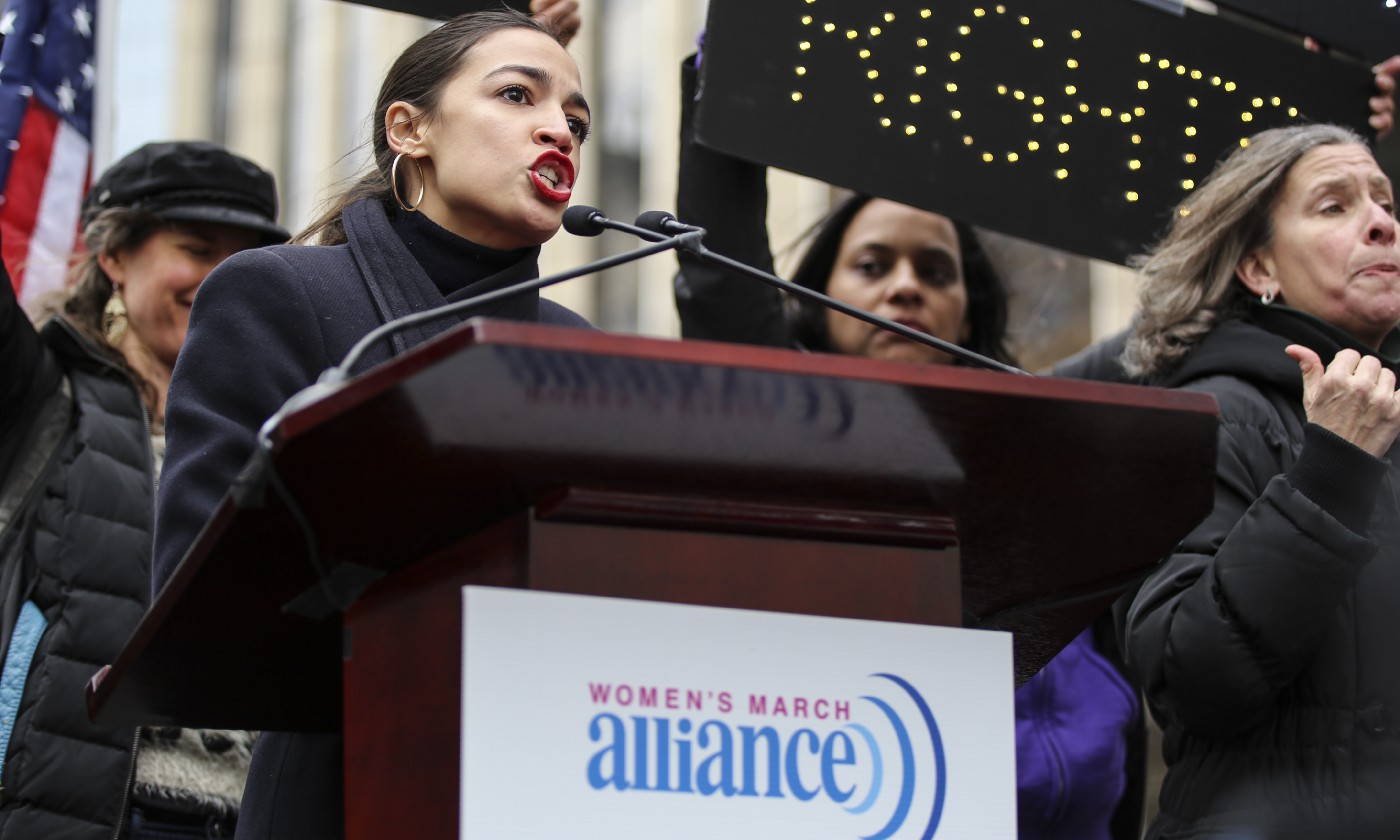 Instead of confining themselves to policy and focusing, at least initially, on modest changes with the potential for bi-partisan support, of which there are many, freshmen Democratic lawmakers are working night and day to pull the Democratic Party apart at the seams, exposing every flaw in the run-up to the big 2020 election.

It’s not pretty. And it is revealing serious anti-Semitism.

Campaigning is Not Governing

Campaign time was the time to rail against political opponents; once elected, an official must balance what they would like to say to really rile up their constituents at a town hall, with the reality of having to face the people they rail against at work every day.

Governing means both parties working together, on committee after committee, in meeting after meeting, to iron out solutions to problems in a country of 330 million people who are not ideologically identical.

People believe all sorts of things. Some people think the Earth is flat. The Wu-Tang clan thinks certain races of people were created in a laboratory. Megan Fox believes in Bigfoot.

Bi-partisan support, contrary to opinions on twitter, is crucial if you want to accomplish anything in Congress.

What, that makes it too hard to do exactly what you want?

That’s kind of the point. It is supposed to be hard for one person, or one political party, to do whatever they want. Welcome to Democracy.

Left Or Get Left

Reps. Rashida Tlaib, Ilhan Omar and Alexandria Ocasio-Cortez are not respecters of moderates. They are not here for your evolving. They didn’t come to teach and aren’t in Congress to learn.

Ocasio-Cortez-Omar-Talib feel no tender mercies towards their fellow Democrats from moderate swing states. AOC has openly threatened to put any Democrat who votes against her extremely-liberal agenda in favor of, oh I don’t know, the constituents from the district that elected them, on a primary challenge “hit list”.

If AOC’s Democratic party has no place for moderates, where will they go? Where will moderate Democrat voters go?

Should people who considered voting for Sanders in 2016 really vote for Trump in 2020?

Why are newly-elected Democrats wasting so much time courting the extreme-left fringe vote they already have? 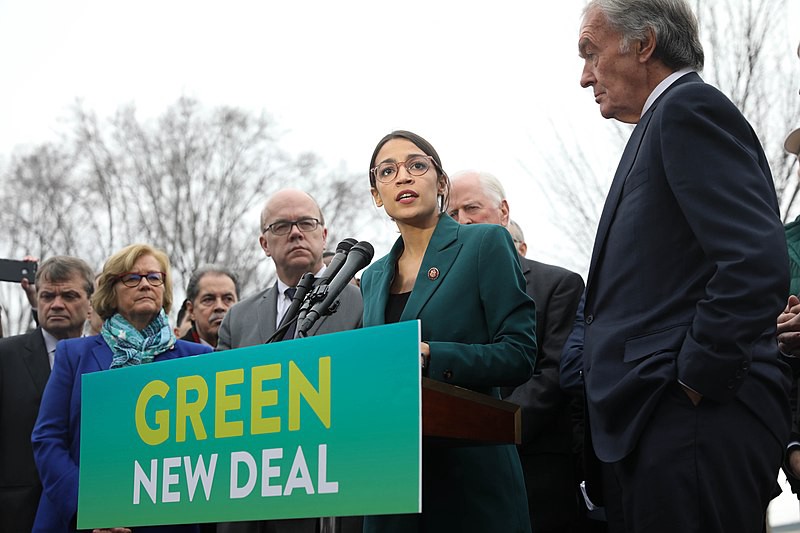 For moderate Democrats, most people in their districts do not want America to spend $93 trillion dollars on a green new deal. Most of their cities would welcome 25,000 new jobs and $27 billion in tax revenue. Most Americans don’t sympathize with Maduro, or the Hamas terror group linked BDS.

The majority of voters aren’t sympathetic with supporters to ISIS and don’t want Americans who joined ISIS to be allowed back, including the inappropriately innocent-sounding “ISIS Wives,” who female survivors of ISIS-sponsored violence report were equally complicit in organized rape, torture, murder and sexual slavery.

As predicted, she simply cannot keep her anti-Semitic attitudes in check and faces another, and another, rebuke from fellow Democrats, many of whom happen to be Jewish themselves.

Omar remains defiantly unrepentant and determined to learn nothing from her senior Democratic colleagues, some of whom have been in Congress almost as long as she has been alive.

Rep. Tlaib is perhaps willing to speak more carefully since a sharp lesson last week in what happens when you deliver an online-level torch to a real human’s face: Meadows, Tlaib hug after fight over race in Cohen hearing.

Tlaib cohort and notorious anti-Semite if ever there was one Linda Sarsour was again quick to come to Rep. Omar’s defense, which is telling. Sarsour condemned Speaker of the House Nancy Pelosi for her rebuke of Omar’s latest anti-Semitic tirade, calling Pelosi a typical white feminist defending the patriarchy.

It is interesting to note that Sarsour always wears a traditional headscarf in public, which is seen by some as deeply rooted in patriarchy.

When she isn’t threatening moderate Democrats into submission, and defending her fellow “squad” member Rep. Ilhan Omar’s outrageous anti-Semitism, Rep. Alexandria Ocasio-Cortez is having problems of her own.

In the wake of her ill-considered rollout of the green new deal, she has come under fire for eschewing public transportation and hosting staff burger chow-downs. And that is hardly the worst of it.

AOC is facing mounting criticism over campaign finances. Her chief of staff ran $1M slush fund by diverting campaign cash to his own companies.

Even her own mother is breaking rank to disclose that she had to relocate from New York to Florida because taxes were too high.

In the midst of this breakdown on the left, we have Donald Trump, who, this week, rolled out a measure to help stop veteran suicide and a comprehensive plan to (woo suburban women voters) give all new parents six-weeks of paid parental leave.

How will Democrats even hold the House of Representatives, let alone beat Donald Trump in 2020?