The U.S. Needs Saudi Arabia and Turkish Allies in the Fight Against Terror

Stability, prosperity and progressive ideals in the Middle East depend on maintaining cooperative partnerships with both countries throughout this current crisis and beyond. 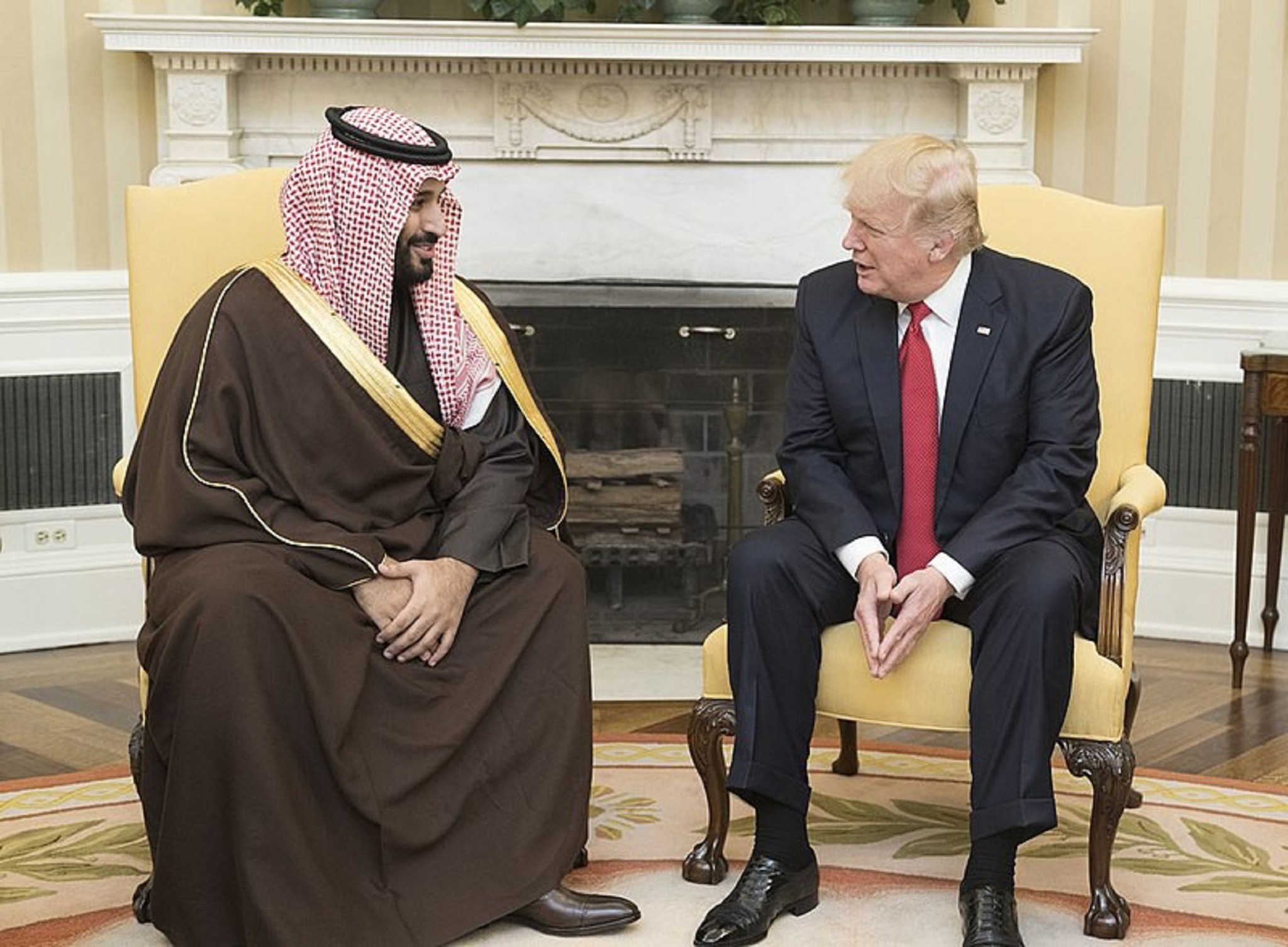 “We may never know all of the facts surrounding the murder of Mr. Jamal Khashoggi. In any case, our relationship is with the Kingdom of Saudi Arabia.” -President Donald Trump 11/20/2018

The Assassination of Jamal Khashoggi

The brutal execution of exiled Saudi journalist Jamal Khashoggi in October 2018 was a terrible crime. It was also a deeply personal loss, as Khashoggi’s fiancé reminds us all in a New York Times Op-ed, calling him “A Lonely Patriot” in a moving tribute on October 13, 2018.

That the killing took place in Turkey, involved Saudi government officials and ultimately resulted in the permanent silencing of an outspoken journalist critical to the Saudi Royal Family has made it into an international incident and created diplomatic crisis of unprecedented proportions.

Given the mounting international pressure on the Saudi government for answers, including the announcement yesterday by Germany that it would halt all arms sales to Saudi Arabia until the full facts of the case are made known, those directly responsible for the killing will undoubtably face justice beyond the measures some countries, including the U.S., have already taken to condemn them.

The Kingdom, though it initially denied any role in the disappearance of Jamal Khashoggi, has since began decisive legal proceedings against the perpetrators. Of the 21 suspects already arrested in connection with the case, 11 are charged with the killing and five are already likely to face a death penalty trial.

While the U.S. waits on the release of the CIA’s full findings, America and the citizens of America should take this opportunity to demonstrate to the de facto leader of our long-time ally a deeply held American ideal: Presumption of innocence until proof of guilt.

The U.S. Should Not Break Ties with Saudi Arabia over Khashoggi

As President Trump said in a statement released Tuesday, November 2018, breaking ties with Saudi Arabia over the killing of Jamal Khashoggi, or the conflict in Yemen, would not be in the best interest of the U.S. or its allies.

Indeed, to do so would not bring justice; but rather, only injustice to people around the world who would suffer greatly from this failure to support ongoing Saudi efforts to restrain terrorism, prevent the nuclear armament of Iran and fully participate in democracy and the world market.

The U.S. Must Support Saudi Arabia Through This Crisis

Only with great patience, an unwavering commitment to stability, prosperity and, ultimately, peace in the Middle East combined with a solutions-focused, forward-looking approach can resolve this breakdown of relations between the U.S., Turkey and Saudi Arabia.

“Start by doing what’s necessary; then do what’s possible; and suddenly you are doing the impossible.” -unknown

First, the Necessary: A Diplomatic Resolution

This strain on the relationship between allies the United States and Saudi Arabia is the worst test suffered since 9/11 when 15 of the 19 hijackers responsible for the attack were revealed to be Saudi Nationals. Critics of Saudi Arabia in the current crisis who are vociferously condemning the Kingdom, the Saudi Crown Prince and U.S. complicity in the Khashoggi murder, are quick to point to 9/11 as further proof of Saudi Arabia’s culpability, but they are missing two radically important factors:

In addition to their other motivations, the 9/11 Saudi terrorists were trying to bring down the Saudi Arabian Government. In spite of the persistent myth, the events of September 11, 2001 have never been found to be a Saudi state sanctioned act, even after well over a decade of investigations and the long awaited 2016 release of the last 28 pages of documents classified by the Bush administration.

While it remains for the courts to determine the liability of Saudi-affiliated organizations and businesses who may have helped fund the attack, the 9/11 Commission report has found “no evidence that the Saudi government as an institution or senior Saudi officials individually funded [the attacks on 9/11]”.

On the contrary, the events of 9/11 were designed to undermine the Saudi Kingdom and its policies, as well as destroy the allied relationship between Saudi Arabia and the United States. It was an attack on any attempts at modernization in Saudi Arabia, it was an attack on progressivism and progressive ideals by religious ideologues who wish to repress them at any cost.

9/11 was also an attack on Saudi Arabia’s long record of waging war against Islamic terror and the spread of radical Islam’s deadly influence. For example, it should be noted that both al Qaeda and ISIS are sworn enemies of the Kingdom and its leadership. And al Qaeda doesn’t just want to destroy the economic interests of Saudi Arabia and kill its people like they do America; their campaign against Saudi Arabia is called “qadimun” and it means “we are coming to take over your country”.

#2: MBS remains a progressive and a reformer

The very public crisis and global outcry over Khashoggi couldn’t have come at a worse time for Saudi Crown Prince Mohammed bin Salman, sometimes called MBS. Now, in addition to the uphill battle he has always faced in regard to his ambitions for a moderate and modern Saudi Arabia- against all the forces of radical, fundamentalist Islam arrayed against it- he has even more obstacles than ever to contend with.

MBS must face the political liability of allied nations and foreign leaders who themselves now face enormous pressure to censure and reject him. He will also have to answer questions about his moral accountability to his western business partners, and deal with financial ramifications of the fallout.

At the height of unveiling his ambitious “Vision 2030” plan for the next decade in Saudi Arabia, news of this high-profile hit on a journalist in a Saudi Arabian Consulate in Turkey sent international investors running for cover. No matter the final verdict on his responsibility for Khashoggi’s killing, the Prince’s reputation and his standing within the international business community he so clearly wants Saudi Arabia to be a part of, has suffered, possibly irreparably.

Potential investors in the future of Saudi Arabia now have face damage to their own reputations; a risk that used to be mitigated by the Prince’s reputation as the future of a civilized and modern nation capable of conforming to reasonable western standards for doing business.

This is likely not the last time MBS will be caught between the hammer and the anvil. He faces formidable and violent islamic fundamentalists on one side, to whom he will always be too progressive. He needs the cooperation of the people of Saudi Arabia, who can accept progressivism but slowly. On the other side, he also needs acceptance in the world business community, to whom he will never be progressive enough.

For progressive though he may be by traditional Saudi Arabian standards, MBS is not Jane Fonda; he never will be. He may have allowed women to drive, but he imprisoned some who demonstrated for the right. He wants to change; but he is not issuing an open invitation to criticize the Saudi Kingdom. He has been sharply critiqued in the press for the war in Yemen, a blockade in Qatar and holding two hundred Saudi businessmen in a luxury hotel in order to relieve them of tens of billions in what the Saudi government called “settlements in an anti-corruption drive”.

He is also almost certainly America’s best hope for a modern, peaceful and prosperous Saudi Arabia and a more-stable Middle East, even if some of his policies and ideals are still unpalatable to Western tastes and likely to remain so in the next 10-years.

Why the World Needs Saudi Arabia

Saudi Arabia, while neither a perfect country nor a perfect ally to Western ideals, is vital to a world in which radical islamic terror is held at bay, Iran remains a firmly non-nuclear power and Israel is protected.

For the Kingdom of Saudi Arabia, al Qaeda’s first attack in the later-named “War on Terror” came in 1995, when a Saudi National Guard training complex in Riyadh was bombed, killing six people; tellingly, five were American. The Kingdom, and it’s relationship with the U.S., has been under constant attack and threat of attack ever since, including numerous assassination attempts against Saudi leadership. So many Saudis have lost their lives to terrorist attacks in the years since, the U.S. has declared AQAP (al Qaeda Arabian Peninsula) the most dangerous al Qaeda operation in the entire world.

In response, Saudi Arabia has created one of the most advanced and well-trained counter-terrorism programs in existence. Major military and security changes have taken place in the decades since, with tens of billions of dollars invested in fighting terror. In a crowning achievement for the Saudi Defense Doctrine, Saudi Arabia formed a 34-state Islamic coalition in 2015 to combat terrorism, announcing it would “protect the Islamic nation from the evils of all terrorist groups and organizations, whatever their sect and name, which wreak death and corruption on earth and aim to terrorize the innocent.”

If the U.S. and other world powers want to embolden and empower radical Islam, it should undermine the Kingdom of Saudi Arabia and its current leadership.

In the second part of this series, we will examine: